State of the industry: Confectionery

KANSAS CITY — The “crispety, crunchety, peanut buttery” Butterfinger chocolate bar may look and taste a little different by the end of the year. It is the first of Nestle USA’s former candy brands to be revamped under new ownership.

Ferrero, the third largest chocolate confectionery company with global sales of more than $12 billion, seeks to expand its North American presence. The company’s recently-launched Kinder Joy is on track to become the biggest candy launch of the past decade. The product was introduced to the U.S. market in January and is expected to generate more than $100 million in first-year sales, I.R.I. said.

“Our focus is on making sure Kinder Joy is successful for the long term,” Paul D. Chibe, president and chief executive officer of Ferrero North America, said during an interview at the 2018 Sweets & Snacks Expo, held May 22-24 in Chicago. “The problem many companies have is they launch innovation, and then five minutes later they forget about that one and they move onto the next one, and then they move onto the next one, and they never create a true, stable, incremental part of their portfolio.” 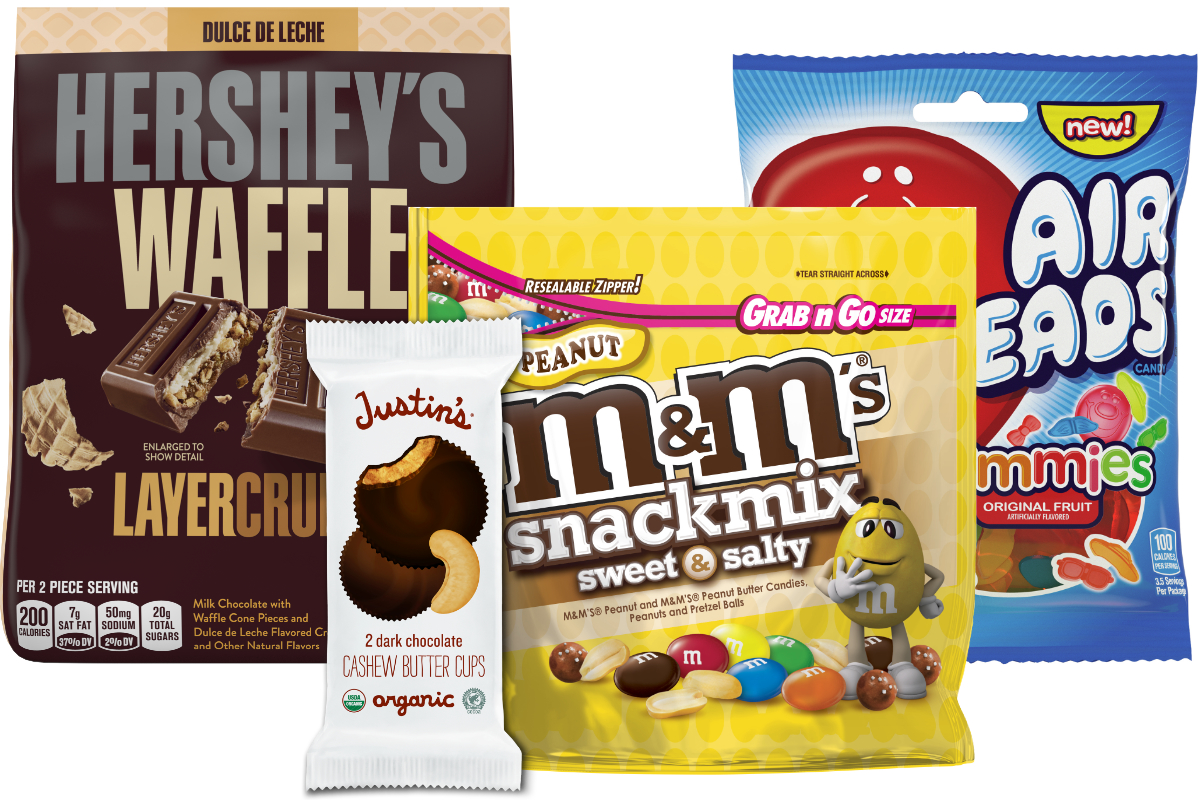 Crunchy textures and premium ingredients were prevalent in new products unveiled at the Sweets & Snacks Expo. Nearly 18,000 industry professionals gathered at McCormick Place to view the latest innovations from more than 800 exhibiting companies.

Generating more than $100 million in sales in its first year, Hershey’s Cookie Layer Crunch has become the company’s biggest launch in the past decade, said Edward Edson, senior brand manager for Hershey’s, The Hershey Co.

“One of the key consumer insights that drove the overall platform was this need for millennial consumers especially to have more multi-textural snacking experiences,” Mr. Edson said. “And then as we looked at the Hershey’s brand, obviously a brand that is associated with pure chocolate, there seemed to be an opportunity for the brand to continue to grow relevance and scale amongst the millennial consumer base.”

“Millennial consumers are really seeking and on the hunt for what’s new and next,” Mr. Edson said. “There has been what we call golden creme confection that has been established in Europe on a small scale. We brought our own unique twist to that with both our proprietary process as well as providing the Hershey’s brand equity.” 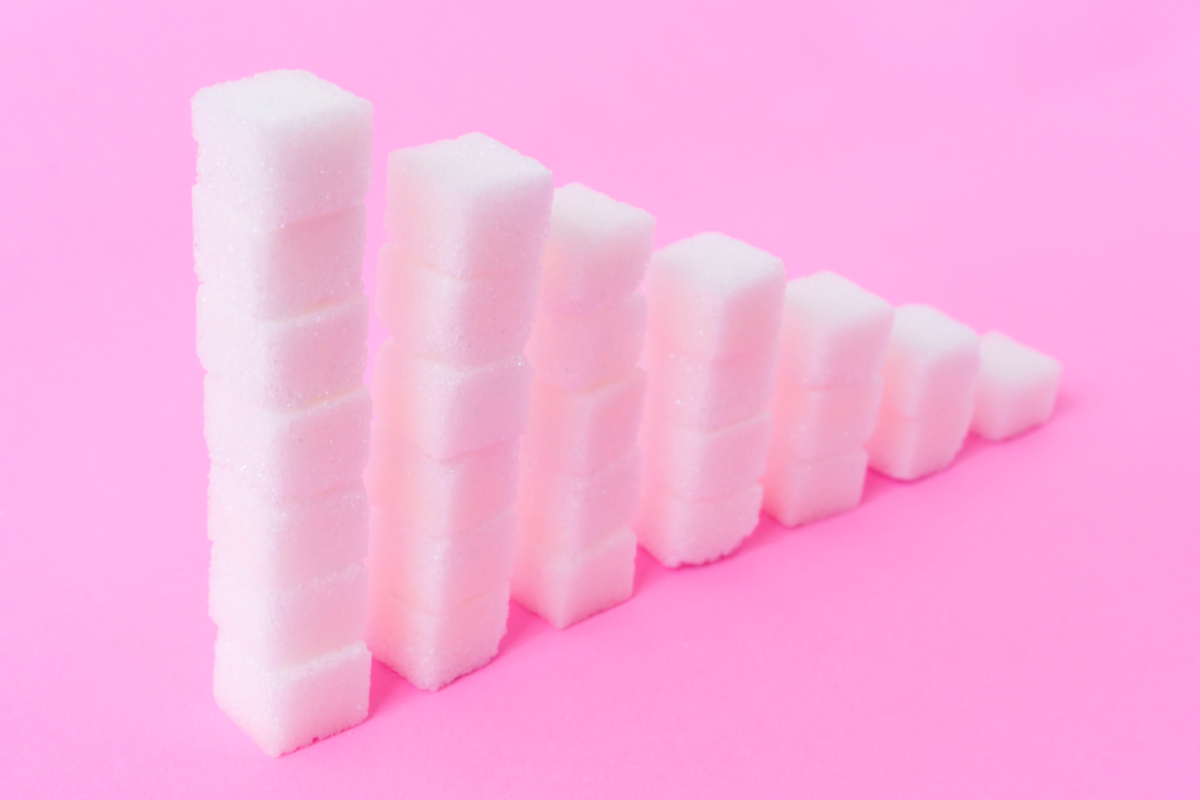 Much ado about added sugars

Added sugars are a new required line in the Nutrition Facts Label and are under scrutiny by consumers. Fifty-nine per cent of respondents to the 13th Annual Food and Health Survey from the International Food Information Council Foundation, Washington, said they have a very or somewhat negative perception of added sugars, with about a third (32%) having developed a much more or somewhat more negative attitude during the past year.

Compliance with the new line mandated for added sugars, food and beverage manufacturers with $10 million or more in annual food sales is required by Jan. 1, 2020. For smaller companies, the compliance date is one year later.

Consumer attitudes regarding added sugars may impact the confectionery category. In December 2016, Nestle S.A. made what the company termed a “groundbreaking” discovery that structures sugar crystals in a way that fools the tongue into thinking products have the same level of sweetness even though the one using the technology has up to 40% less sugar.

“The new technology represents transformative confectionery innovation,” said Rui Barbas, Nestle USA’s chief strategy officer, during an interview in August. “It will be a global platform around the world allowing sugar reduction.” 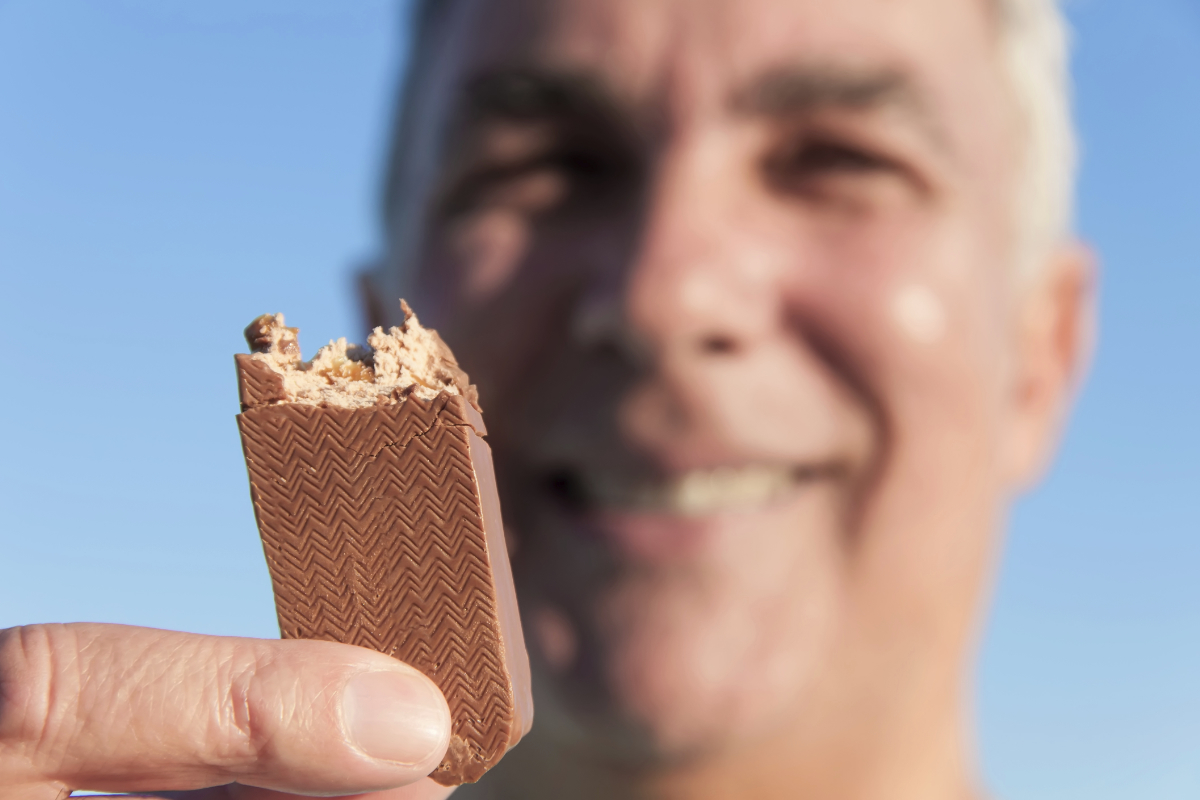 Baby boomers represent an untapped opportunity in the confectionery category, where younger generations drive most of the growth, according to I.R.I.

“You’ve got 74 million consumers out there that are looking for some new options that will appeal to them,” said Sally Lyons Wyatt, executive vice-president of thought leadership at I.R.I., during a presentation at the Sweets & Snacks Expo. “Their taste buds are different. What they like is different. You’ve got to take that into account and find some ways of attracting those consumers back into the category.”

The confectionery market is largely comprised of chocolate, seasonal candy and non-chocolate chewy candy, the latter of which contributed more than half of dollar sales growth in the past year. Millennials and Generation X consumers demonstrate broad appeal for a wide variety of confections. Baby boomers buy fewer treats, Ms. Lyons Wyatt said.