Takeout, delivery and food trucks are driving industry growth, said Hudson Riehle, senior vice-president of the research and knowledge group at the N.R.A. at the group’s Restaurant, Hotel-Motel Show, held May 19-22 in Chicago.

“Sixty-three per cent of all restaurant traffic is off-premises, and that proportion has increased as the years have passed,” he said, adding that the off-premises market “only becomes more important over the decade ahead.”

The NPD Group echoed this sentiment in a March report outlining how new technologies aimed at offering convenience, such as mobile ordering, delivery apps and self-ordering kiosks, have breathed life into an otherwise stagnant food service category. U.S. food service traffic has waffled between a 1% gain and flat for several years, NPD said, but restaurant visits paid by mobile app increased by 50% over the last year. 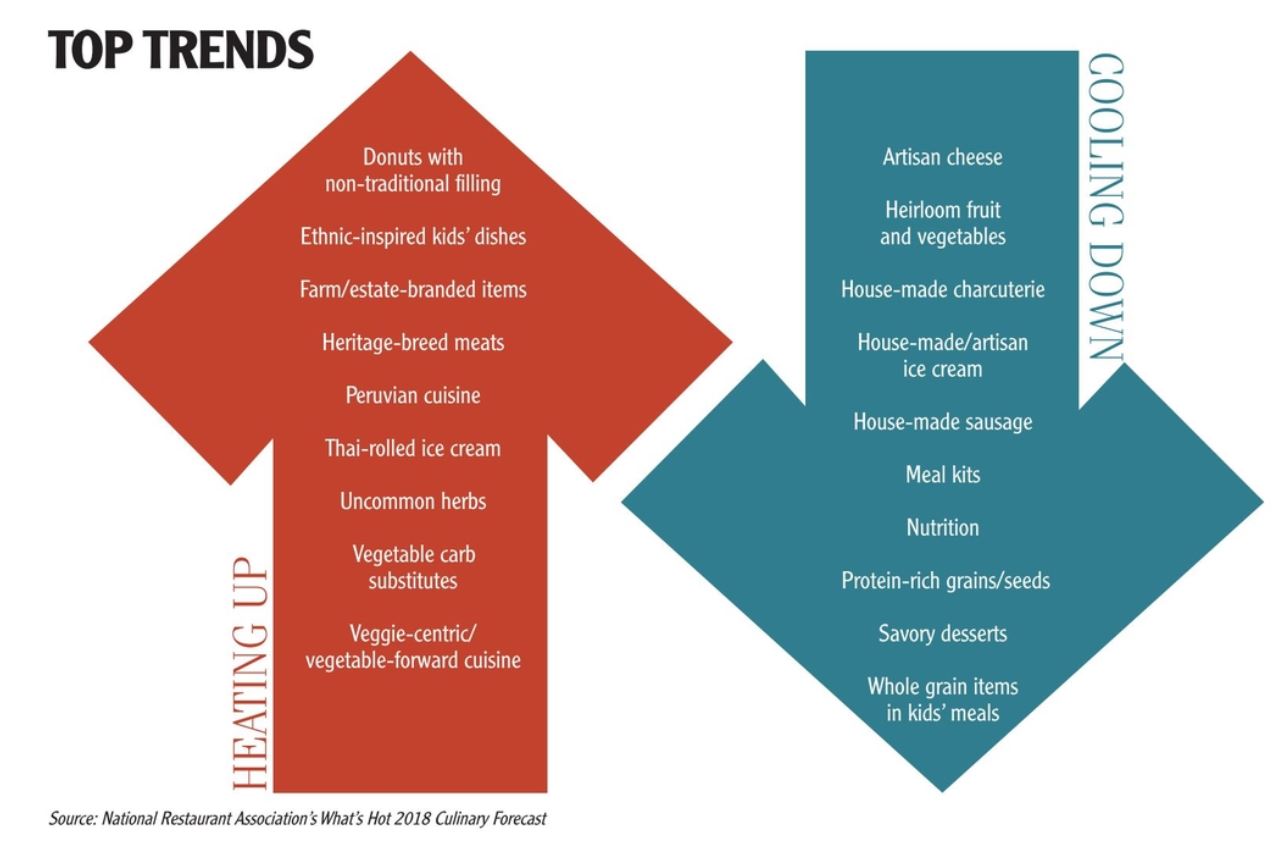 “Providing the ability to easily order food from a restaurant is no longer a nice-to-have, it is a need-to-have,” said Warren Solochek, senior vice-president of industry relations for NPD. “Restaurant operators seeking to gain more visits and grow the bottom line must decide which convenience enablers, digital or non-digital, are worth their investment.”

Several large players in the food service industry announced sizable investments in technology over the past few months. In late August, Dunkin’ Brands Group, Inc., through its Dunkin’ Donuts brand, said it plans to invest approximately $100 million to improve its ability to serve customers who order on mobile devices. As part of the effort, the company plans to open 50 test stores this year that will feature dedicated pickup areas, digital kiosks and expanded drive-thru windows that prioritize orders via the company’s mobile app.

In mid-August, McDonald’s Corp. announced plans to invest approximately $6 billion to modernize more than 8,700 restaurants in the United States and the District of Columbia by 2020. The new features in these restaurants will include self-order kiosks, digital menu boards and curbside pick-up for mobile orders. 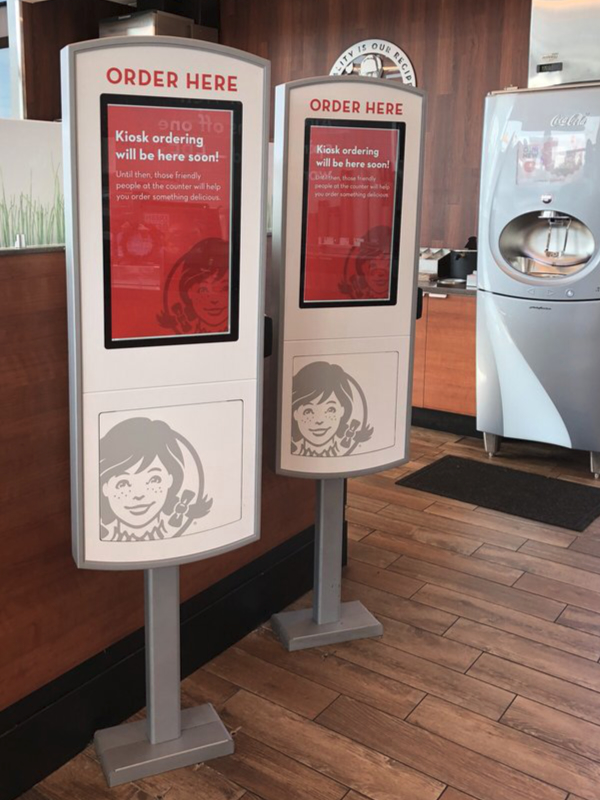 The Wendy’s Co. refocused its leadership structure around the restaurant’s digital pursuits, appointing a team to expand and improve Wendy’s delivery, kiosks and mobile ordering platforms.

“We’re really focused on three big accelerated growth initiatives, and they’re all focused on the restaurant economic model,” said Todd A. Penegor, president and chief executive officer of Wendy’s, during an Aug. 8 conference call with financial analysts. “It starts with all things digital, how do we unlock the potential that technology can bring to our customer experiences, how do we continue to drive new restaurant development to provide even more access to our brand across the globe, and how do we continue to drive operational excellence. So, ensuring no matter what restaurant our customer visits, they get an experience that continues to bring them back time and again. And that’s why we’ve made the changes in the organization.”

Adding technology may be one way to help ailing restaurants in the year ahead. Fifty-three per cent of restaurant operators recorded a decrease in same-store sales from last year, the N.R.A. found, and 68% saw a decline in customer traffic from last year.

The fast-casual restaurant segment has experienced slowing growth but remains a “bright spot” in the industry, according to a March report from Technomic Inc. Total sales growth in 2017 was at 9% for the top 250 restaurant chains, Technomic said.

Unit growth in the fast-casual segment decreased for the third year in a row, dropping to 6.1% in 2017 from 9.8% in 2015, Technomic said. However, a handful of fast-casual chains experienced triple-digit unit growth during the year, including CoreLife Eatery and Wahlburgers.

“Although the segment shows signs of slowing, fast-casual is still a bright spot in the industry,” said Dave Henkes, senior principal at Technomic. “There are a lot of exciting things happening on fast-casual menus and, as the U.S. market becomes increasingly crowded, we can expect many of these brands to look internationally to further bolster their brand.”

In 2017, chicken was the preferred protein in the fast-casual category, Technomic said, and several restaurants capitalized on the poultry’s popularity. In 2018, consumers will continue to seek better-for-you options and global flavors. 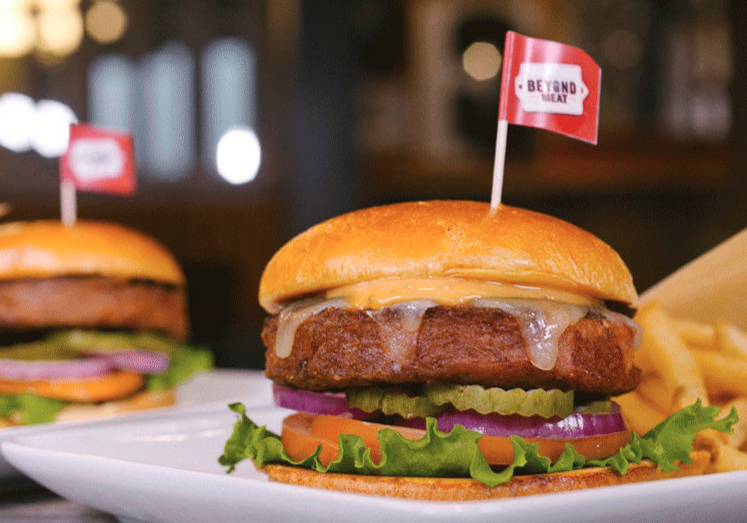 At the forefront of the better-for-you and better-for-the-planet charge is the plant-based trend, which began to permeate the food service industry over the past year. Plant-based burgers especially have branched beyond supermarket shelves and onto restaurant menus.

The Beyond Burger, a plant-based burger created by El Segundo, Calif.- based Beyond Meat, made its way onto the menu at TGI Fridays and A&W Food Services of Canada Inc. this year. The Beyond Burger is made from pulse crops, such as peas and mung beans, and it looks, cooks and tastes like ground beef but is made from plants, with no bioengineered ingredients, soy or gluten.

“Consumer adoption of our plant-based meats is quickening month over month,” said Ethan Brown, founder and chief executive officer of Beyond Meat, when TGI Fridays added the Beyond Burger to its menu nationwide in January. “Once people learn first-hand that they can enjoy the delicious upsides of meat while capturing the health and environmental benefits of plant-based eating, consistent use comes down to availability.”

Impossible Foods, the Redwood City, Calif.-based maker of the Impossible Burger, launched its plant-based burger into Umami Burger, Houlihan’s Restaurant + Bar, Wahlburgers and White Castle over the past year.

The Impossible Burger handles, cooks and tastes like ground beef from cows, but is made entirely from plants, Impossible Foods said. The burger’s crucial ingredient is leghemoglobin, or “heme.” Heme gives the Impossible Burger its bleeding attribute and creates the flavor in raw and cooked product. Heme reacts with the proteins, amino acids, sugars and vitamins in the blend.