We use cookies to provide you with a better experience. By continuing to browse the site you are agreeing to our use of cookies in accordance with our Cookie Policy.
Home » Keeping plastic in the loop and out of the ocean

Keeping plastic in the loop and out of the ocean

KANSAS CITY — The world’s biggest beverage companies are joining efforts to tackle a global plastic waste problem. Whether the efforts succeed may depend on a question: Will the “circular economy” be unbroken? Technology is making more single-use plastic bottles recyclable, but messaging from industry and government may be needed to motivate the consumers of the products to recycle.

Each year at least 8 million tonnes of plastic leak into the ocean, which is equivalent to dumping the contents of one garbage truck into the ocean every minute, according to the report “The New Plastics Economy.” While the ratio of weight of fish to weight of plastic in the ocean was at 5:1 in 2014, it could be 1:1 or worse by 2050. The World Economic Forum and the Ellen MacArthur Foundation prepared the report with analytical support from McKinsey & Co. Globally, about 14% of plastic packaging is collected for recycling, according to “The New Plastics Economy.”

James Robert B. Quincey, president and chief executive officer of the Coca-Cola Co., Atlanta, said he believes plastic environmental problems may be solved, especially through the handling of PET (polyethylene terephthalate) bottles. 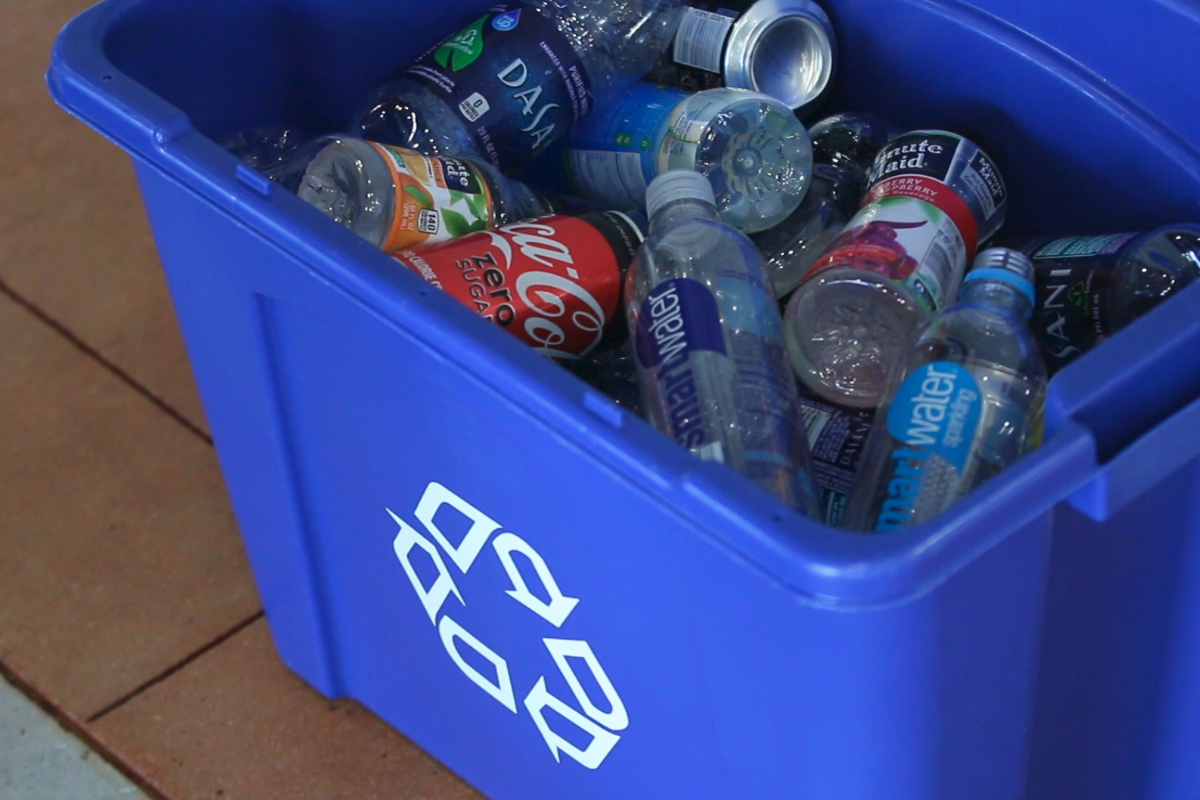 “The good news about plastic is, it’s a completely solvable problem, especially PET, because PET is fully capable of being collected, recycled and turned back into bottles,” he said Sept. 6 at the Barclays Global Consumer Staples Conference in Boston.

He added, “New technology will make it easier, but new technology is not needed. What’s needed is to solve the organizational problem of collecting the bottles and then putting in the infrastructure to basically chop them up and make them virgin material again.”

Coca-Cola, PepsiCo, Inc., Danone, Mars, Inc., Nestle S.A. and Unilever all have signed onto a New Plastics Economy Global Commitment. In total, nearly 300 packaging producers, brands, retailers, recyclers, governments and non-governmental organizations have signed the global commitment to eradicate plastic and pollution at the source. The commitment, led by the Ellen MacArthur Foundation in collaboration with U.N. Environment, was unveiled Oct. 29 in Bali.

One goal is that 100% of plastic packaging be easily and safely reused, recycled or composted by 2025.

"I encourage all businesses and governments to go further and embark on a race to the top in the creation of a circular economy for plastic, one in which this material never becomes waste or pollution.” — Dame Ellen MacArthur,  Ellen MacArthur Foundation

“The New Plastics Economy Global Commitment draws a line in the sand, with businesses, governments and others around the world uniting behind a clear vision for what we need to create a circular economy for plastic,” said Dame Ellen MacArthur, founder of the Ellen MacArthur Foundation. “This is just one step on what will be a challenging journey, but one which can lead to huge benefits for society, the economy and the environment. I encourage all businesses and governments to go further and embark on a race to the top in the creation of a circular economy for plastic, one in which this material never becomes waste or pollution.”

Recycled PET, also called rPET, should play a role. PepsiCo, Inc., Purchase, N.Y., this year entered into a multi-year supply agreement with Loop Industries, Inc., which makes all its PET plastic from 100% recycled material. The deal includes a marketing and communications plan to raise awareness of the importance of recycling, sustainability and the circular economy.

“This partnership represents a step-change that will empower PepsiCo in our drive toward creating a circular economy for plastics,” said Mehmood Khan, M.D., vice-chairman and chief scientific officer for PepsiCo.

Others are more skeptical of plastic recycling solutions, which was evident in the “Break Free From Plastic” movement. More than three dozen organizations, including Greenpeace, have participated in the movement, and nearly 10,000 volunteers in 42 countries collected over 187,851 pieces of plastic waste late in 2017 and into 2018.  Companies and their consumer brands were catalogued. Not surprisingly, the top brands belonged to the largest companies: Coca-Cola, PepsiCo, Nestle S.A., Danone S.A. and Mondelez International.

“We cannot recycle our way out of this plastic pollution crisis,” a Break Free From Plastic report said. “We must recognize the responsibility of corporations and plastic producers to innovate and implement whole system redesign to make the use of plastic packaging unnecessary.”

The United Kingdom, wanting to increase its recycling rate, is looking into a deposit return scheme (D.R.S.). The U.K. government asked the independent Voluntary and Economic Incentives Working Group to look at regulatory and voluntary measures to reduce littering and/or improve the recycling of drinks containers. The group found about 13 billion to 14.3 billion drink containers made of plastic were in the United Kingdom in 2016. An estimated 74% of all consumer plastic drinks bottles were collected for recycling that year. The United Kingdom trailed Germany at 98%, Norway at 95% and The Netherlands at 95%.

“All have a D.R.S. (deposit return scheme) and also have some form of curbside or household recycling collections,” the report said.

A public communications campaign would be needed to make a D.R.S. work in the United Kingdom.

“It was felt that if consumers viewed a deposit on a drinks container as a tax and did not understand that the deposit could be reclaimed upon return of the container, it could be seen as a regressive measure,” the report said.

The University of Cambridge Institute for Sustainable Leadership in the United Kingdom this year introduced a roadmap to eliminate plastic packaging waste from the bottled water and soft drinks value chain by 2030. Producers need to commit to all bottled water and soft drinks packaging to be made from 100% recyclable or reusable material by 2030 and aim for at least 70% recycled material by 2025, according to the roadmap.

Producers and government need to undertake research into consumer behavior to support recycling and achieve a circular economy for bottled water and soft drinks packaging. Government needs to create a recycling system and reinvest revenue from the new policies into U.K. recycling, sorting and reprocessing capacity.

A plastic strategy in the European Union seeks to make all plastic packaging recyclable by 2030. A rules proposal, which was approved by the European Parliament in October, includes requiring member states to collect 90% of single-use plastic drinks bottles by 2025, with deposit refund schemes being an example.

Frans Timmermans, the European Commission’s first vice-president responsible for sustainable development, gave his support for a circular economy in January 2018.

“If we don’t change the way we produce and use plastics, there will be more plastics than fish in our oceans by 2050,” he said. “We must stop plastics from getting into our water, our food and even our bodies. The only long-term solution is to reduce plastic waste by recycling and reusing more. This is a challenge that citizens, industry and governments must tackle together.” 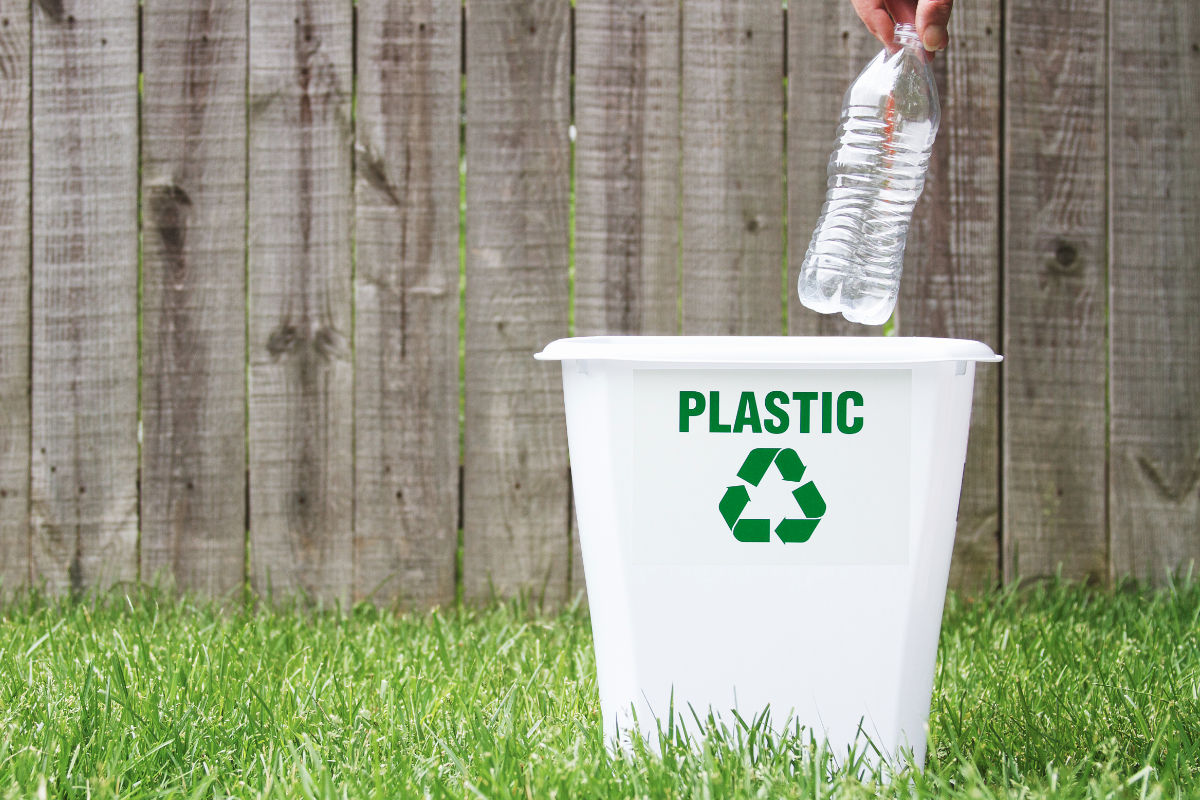