We use cookies to provide you with a better experience. By continuing to browse the site you are agreeing to our use of cookies in accordance with our Cookie Policy.
Home » Are we nearing the last straw for plastic?

Are we nearing the last straw for plastic?

KANSAS CITY — Companies ranging from Seattle-based Starbucks to Walt Disney World in Orlando, Fla., are giving the pink slip to plastic straws. Government regulations are going into place, too. Sippers of soft drinks and smoothies may wonder what the alternatives will be. Straws made from paper, bamboo and polylactic acid (PLA) from corn show promise.

Plastic straws this year became a focal point for plastic waste and its effect on the environment, especially ocean waters. “The Great Pacific Garbage Patch,” the largest of five offshore plastic accumulation zones in the world’s oceans, is located halfway between Hawaii and California, according to The Ocean Cleanup, a non-profit organization. The Ocean Cleanup estimated 79,000 tonnes of plastic are floating inside an area of 1.6 million square kilometers, an area twice the size of Texas.

Less plastic from California may enter the area now. The state this year instituted a law that prohibits dine-in restaurants from automatically providing plastic straws.

“Plastic has helped advance innovation in our society, but our infatuation with single-use convenience has led to disastrous consequences,” said Governor Edmund G. Brown Jr. when signing the bill into law on Sept. 20.

The European Parliament in October acted on a proposed rule on certain plastic items for which affordable alternatives exist, including straws and drink stirrers. Under approved draft plans, the products will be banned from the E.U. market beginning in 2021.

McDonald’s U.K., when ditching plastic straws this year, began a phased roll-out of paper straws to all 1,361 restaurants in the United Kingdom and Ireland. Transcend Packaging in Wales and Huhtamaki in Northern Ireland will supply the paper straws.

Asean Corp., based in Portland, Ore., and owner of the Stalk Market brand, makes straws out of paper and PLA sourced from corn.

“When I was a kid, paper straws were the main type of straw you got when you had a soda,” said Buzz Chandler, president and a founder of Asean. “Later on, when I was a teen-ager, plastic straws started showing up.”

“About the only thing is, the paper will start getting a little soft after about an hour or two,” he said. “Say if you bought a smoothie and you were still trying to sip it 3 hours after buying it, there’s not much left (of the paper straw).”

Straws made from corn-based PLA may be composted. Then they are broken down into the soil in three to six months, Mr. Chandler said.

“We’re seeing more and more of what you would call blue chip Fortune 500 firms or entities really starting to dig into this and stick their toes in the water and make their own changes,” he said. “That to me is a clear sign of where the trend is going.” 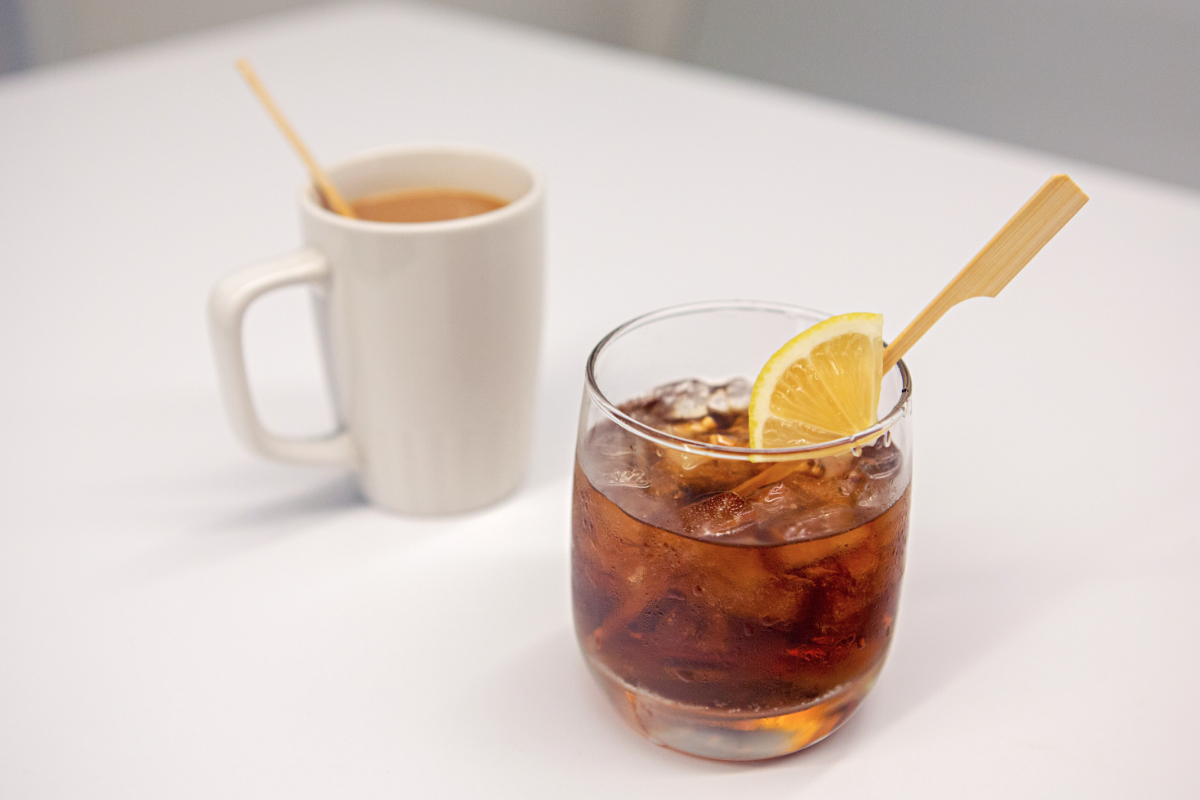 Bamboo in the air

Airlines getting rid of plastic straws are choosing bamboo as alternative sources.

“In terms of choosing bamboo, it comes down to cost, sustainability and speed to market,” said Charles Hobart, a spokesman for United Airlines. “Bamboo is readily available and a dependable and environmentally friendly alternative.”

Aramark launched a “Sip Smarter” consumer marketing campaign to raise awareness and inform consumers. Signs in operational merchandising alert customers about the changes, where they may find straws upon request and how they may reduce personal use of single-use plastics. 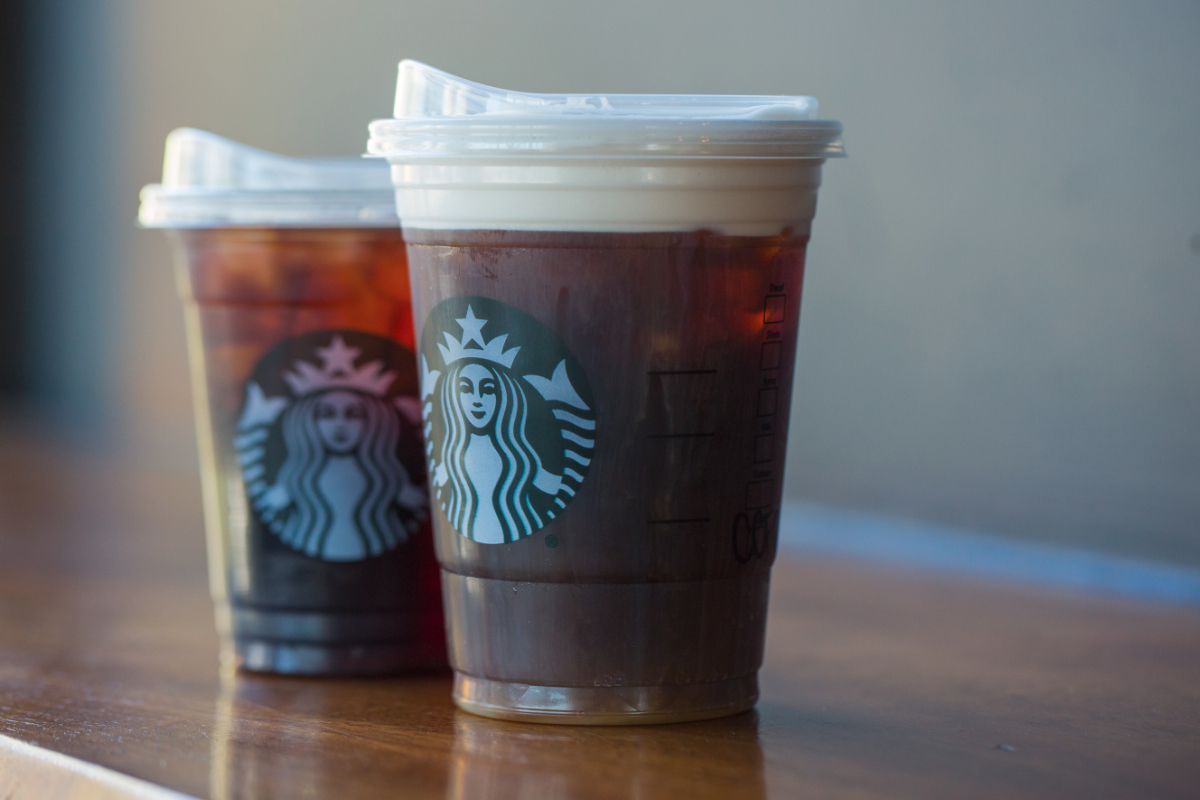 Starbucks puts a lid on it

Starbucks plans to phase out plastic straws from its more than 28,000 stores worldwide by 2020. The company will replace plastic straws with lids that also are made of plastic, but their polypropylene content may be recycled.

“By nature, the straw isn’t recyclable, and the lid is,” said Chris Milne, director of packaging sourcing for Starbucks. “So we feel this decision is more sustainable and more socially responsible.”

Cold-cup lids will become the standard lid for all iced drinks except Frappuccino, which will be served with a straw made from paper or PLA compostable plastic manufactured from fermented plant starch or other sustainable material.

Starbucks also has invested $10 million in a NexGen Cup Challenge, which seeks to develop a fully recyclable and compostable hot cup. 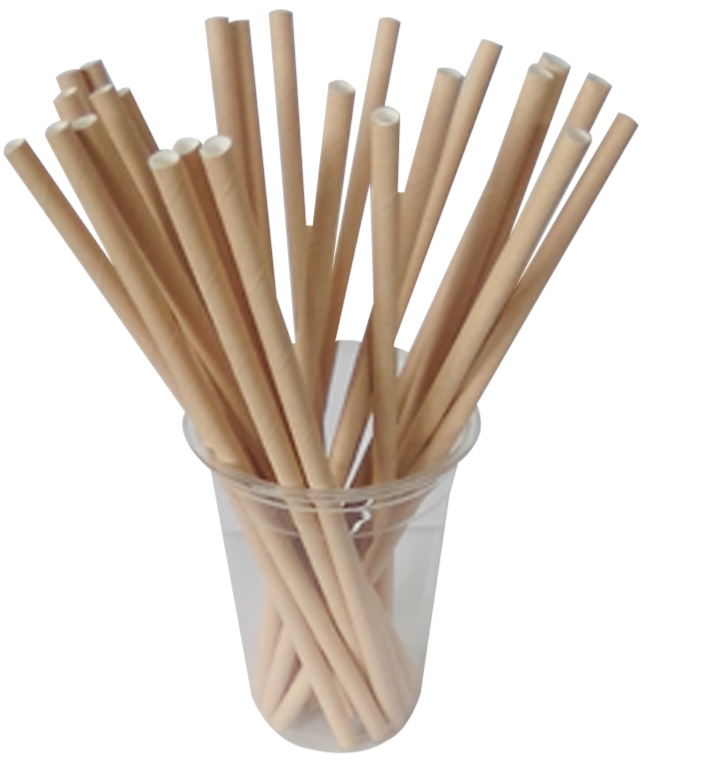 More ideas on reducing plastic waste are coming from the Center for Sustainable Polymers at the University of Minnesota in Minneapolis. The National Science Foundation helps to fund the research.

“The basic research is focused on trying to work out new science that will allow us to make plastics and polymers that are more sustainable,” said Marc A. Hillmyer, Ph.D., director of the center.

Making plastics from renewable sources such as plants as opposed to making petroleum-based plastics is one area of focus. Corn is an example of a renewable feed stock that may be used to make plastic, including PLA.

“It’s definitely a plastic,” Dr. Hillmyer said of PLA. “It’s a polymer molecule, and it can be easily shaped and formed into cups and cutlery and packaging applications like clam shells. It has some of the same attributes that a lot of plastics have. Unlike most plastics, it can be composted.”

Current plastic comes with three benefits, he said. One is it may be shaped into different sizes.

“It’s so easy to process into any shape or form,” Dr. Hillmyer said. “That’s not necessarily the case with bamboo, for example.”

Two, plastic packaging protects products well, such as by keeping out oxygen that would affect products negatively.

“Plastics at very low levels and a very thin piece of material can really do an outstanding job of that,” he said.

“That’s the problem when you try to degrade them,” Dr. Hillmyer said.

“It sounds great until you have to pay for it,” Dr. Hillmyer said. “That’s why this basic research is so important to really build the foundation from which a sustainable polymer technology can be grown because these things aren’t going to get cheaper without the basic science.”