“That’s a big challenge for some smaller companies,” said Steve Taylor, Ph.D., co-director of the Food Allergy Research and Resource Program (FARRP). “They don’t have as much regulatory experience.”

Supermarket in-store and direct-to-consumer bakeries also have a difficult time because of labor and other constraints they face.

“A lot of companies use precautionary labeling because they cannot guarantee that they can remove every last crumb or detectable residue,” Mr. Taylor observed.

Joe Stout, founder of Commercial Food Sanitation, noted that many packages are labeled for allergens that are not intended to be in the product but may contain them because the items run on a specific line or even in the same facility.

That’s the official line for Mr. Stout, but he also has a personal reason for not being a fan of “may contain.”

“At times, I believe that companies misuse cross-contact labeling as a rationale for not being diligent in cleaning or to provide a level of protection from a legal perspective,” he explained. “As an industry, I think this should be avoided as it limits choices for consumers. I see this often with my family where my two daughters are celiac patients, and their choices are limited because of potentially excessive cross-contact labeling.”

“Labels that say ‘may contain allergens’ or ‘made on a line that may have allergens’ don’t tell consumers a whole lot,” noted Robert Burgh, president, Nexcor Technologies. “And those labels don’t address the biggest problems with a recall — undeclared allergens.” 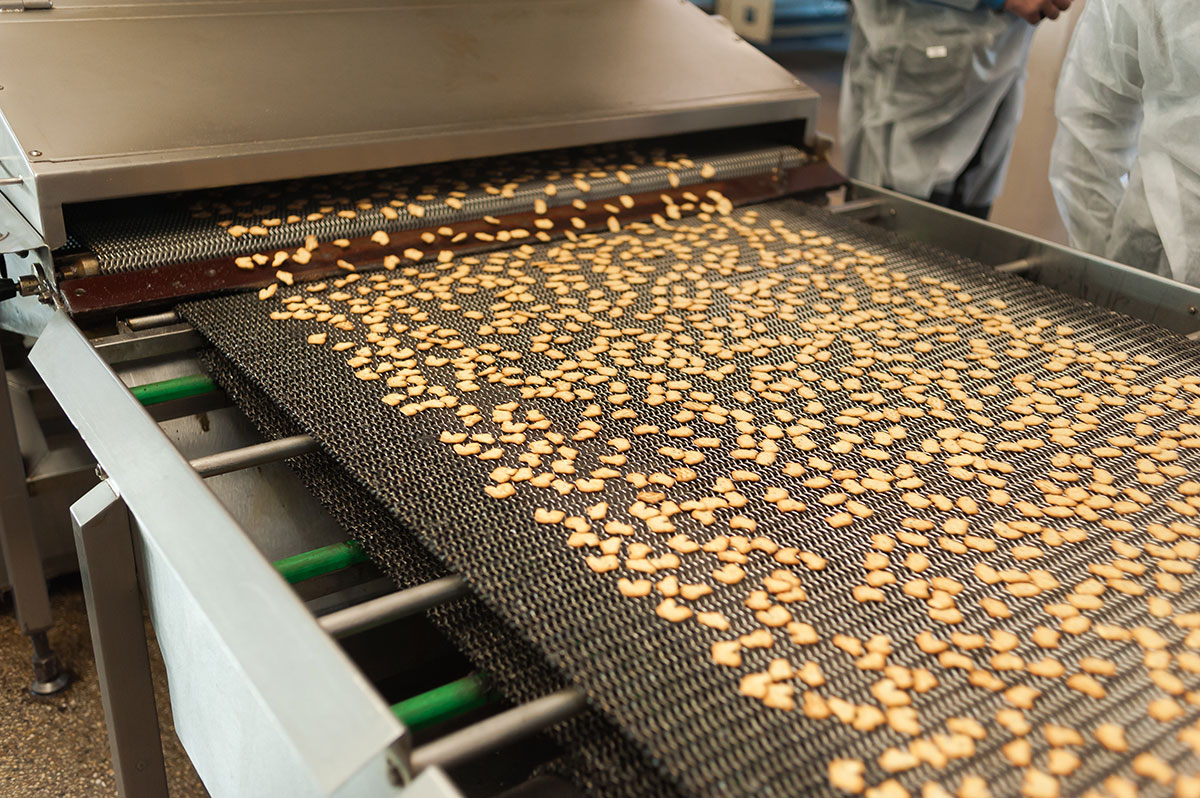 Mr. Taylor noted the No. 1 recall category involves undeclared allergens, and the top reason for recalls involves putting the wrong product in or incorrect label on the package.

“The food industry gets it 99.999% correct, but when they make a mistake, it’s usually pretty serious, such as putting peanut butter cookies in a sugar cookie package,” he said.

As a common practice, he urged operators to review all printed labels when they arrive at the facility to ensure accuracy. Make sure the label matches the formula.

Another suggestion? Think twice about what a company states on the package. What’s good for the marketing department may cause headaches on the production floor.

“If you are using ‘free-from’ claims, you are basically putting a target on your chest,” Mr. Taylor said.

Mr. Stout suggested bakers should always ask themselves several questions before firing up a line or making a changeover.

“The top question for a baker is, ‘Does my label’s ingredient line represent the allergens in the product recipe?’ This is, by far, the largest reason for recalls in the industry, and, therefore, should be checked daily with each product,” he said.

Companies have made progress in terms of developing allergen control processes around packaging. Mr. Taylor suggested that barcode readers can be set up to prevent products going into wrong packages. If someone put the wrong film on a form/fill/seal line, for instance, the readers kick the packaged products off the line until the film is changed.

As a common practice, Dan Inman, director of quality, research and development, The Long Co. advised, all ingredients, formulations and labeling — including product specifications — should be reviewed upon any formula change or at a minimum of once per year. 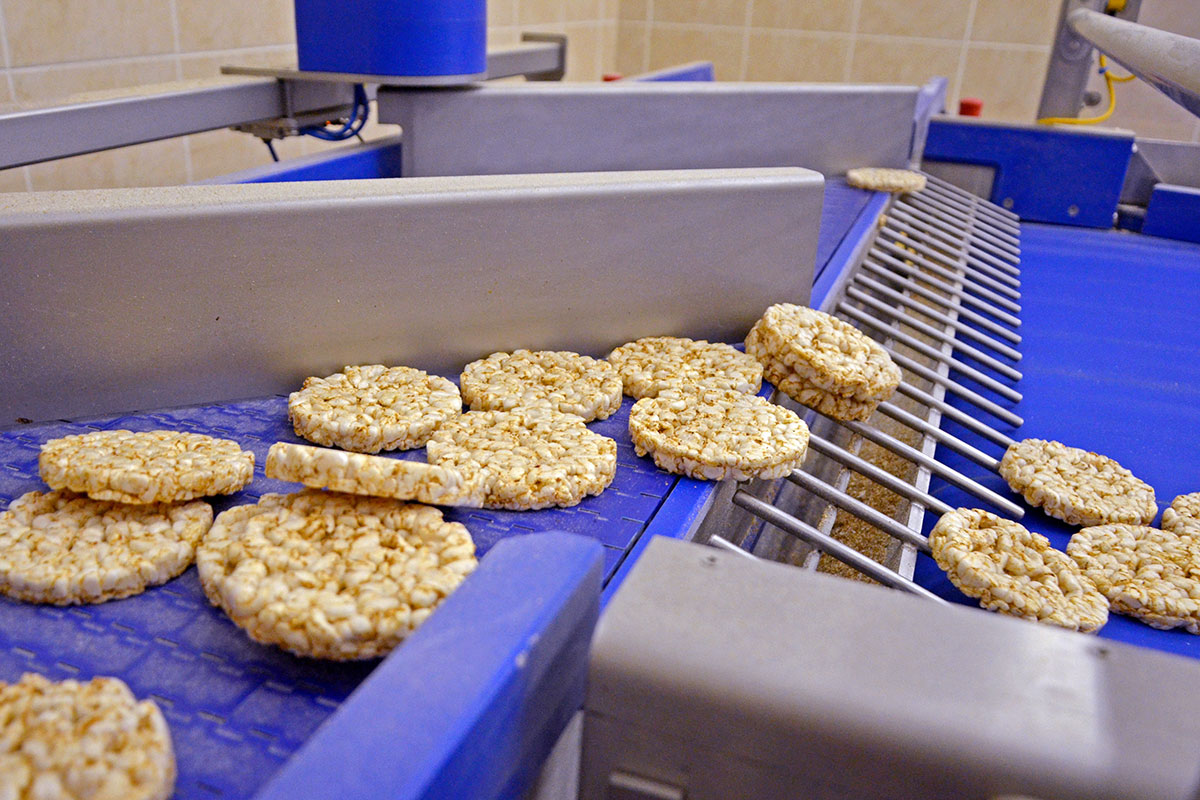 Mr. Stout advised applying preventive controls to avoid cross-contamination of a nonallergen product with an unlabeled allergen. Such a process could avoid accidental contamination.

“It also could be caused by improper cleaning of a production line or leaving residue of an allergen on the line to be picked up by a product that does not contain that specific allergen,” he said. “I personally like to see a cleaning regimen that follows the same principle as we would with a critical-control-point approach. This ensures a high level of diligence during a changeover or with practices such as labeling to control cross-contamination and avoid incorrect information on the label.”

Historically, the baking and snack industries have come a long way with handling allergens.

“People are spending much more time cleaning those shared lines than they did 20 years ago,” Mr. Taylor recalled.

Being part of a sixth generation of family bakers, Mr. Burgh has seen it all.

“What was perfectly fine in the 1960s and 1970s wouldn’t be able to function today,” he said. “It’s gone from allergens being a non-concern to having them being taken extremely seriously.”

“This helps food processors ensure that the lines are effectively clean, which minimizes or eliminates the potential for cross-contamination of an unlabeled allergen in an otherwise allergen-free product,” Mr. Stout observed.

In a perfect world, Mr. Stout said, it would be great to have dedicated lines for each product’s allergen profile to avoid any potential of cross-contamination. He stressed, with good cleaning techniques, nonallergen products can run after allergen-containing ones without risk, but such cleaning techniques between these products must be perfect, followed by effective verification.

That said, certain allergens — namely peanuts and tree nuts — are responsible for most anaphylactic responses in allergen-sensitive people.

“Those products that didn’t declare peanuts should be made on lines that have never seen a peanut,” Mr. Taylor said. “A common practice is to have copackers produce all of the peanut or allergen products so one has a nut-free facility.”

Joe Baumert, Ph.D., co-director of FARRP and associate professor at University of Nebraska-Lincoln, strongly recommended asking suppliers whether they handle allergens in their facilities or on shared equipment, about their allergen-control program and about their cleaning and validation procedures.

All too often, he said, that’s a weak link when it comes to related recalls.

“You’re only as good as your supplier or co-manufacturer,” Dr. Baumert observed. “You need to know how they are managing their allergens. You need a line of communication and a buy-in from everybody.”