We use cookies to provide you with a better experience. By continuing to browse the site you are agreeing to our use of cookies in accordance with our Cookie Policy.
Home » Ways to reduce added sugars multiply

KANSAS CITY — As a deadline nears for a mandatory listing of added sugars on packaging, the number of sweetener alternative systems intended to reduce added sugars increases. Innovation is coming through ingredients containing stevia, inulin and even sugarcane.

The Food and Drug Administration mandated that a new Nutrition Facts Label include a line for added sugars, which is not on the current panel. Manufacturers with $10 million or more in annual food sales have until Jan. 1, 2020, to come into compliance. Manufacturers with less than $10 million have until Jan. 1, 2021. The F.D.A. defines added sugars as those that either are added during the processing of foods or are packaged as such.

Amyris, Emeryville, Calif., has introduced a Reb M sweetener sourced from sugarcane syrup for use in baked foods, beverages, tabletop products and savory foods. A fermentation process produces Reb M levels of at least 95% in the sweetener. The process requires less land and emits less carbon compared to production of sugar or stevia, according to Amyris. The Reb M product requires one-tenth of the agricultural acreage of other natural leaf products.

Amyris on Aug. 30 said an independent panel had determined the zero-calorie sweetener was Generally Recognized As Safe (GRAS). Under an agreement reached Oct. 3, ASR Group will supply and distribute the new sweetener. ASR Group has regional brands such as Domino sugar and C&H sugar in the United States in its portfolio. A refiner and marketer of cane sugar, ASR Group has an annual production capacity of more than 6 million tons.

Amyris anticipates eclipsing the expected $200 million in aggregate revenue from the sweetener by 2020, Mr. Melo said.

“We will provide any end customer purchasing more than 10 tons a year with a three-year supply contract that includes a volume and a lowest price guarantee,” he said. 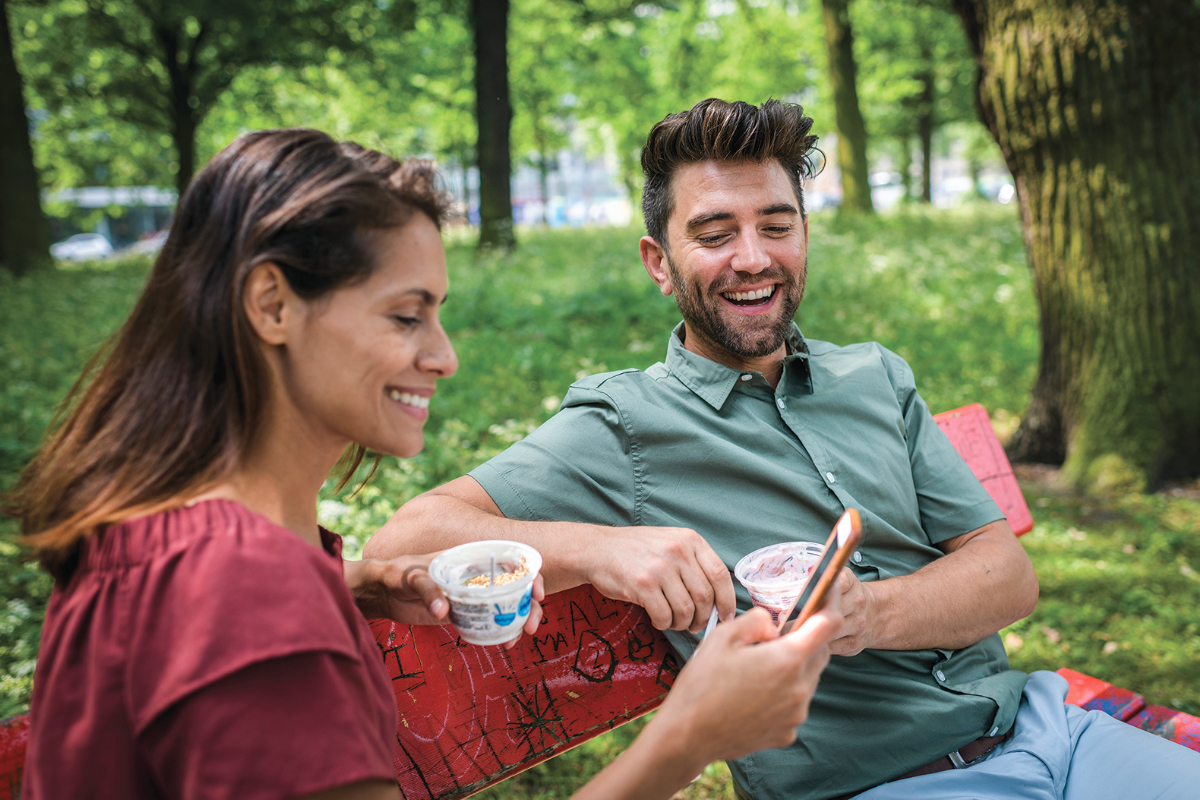 The Reb M and Reb D steviol glycosides, which are more cost-effective because of the fermentation process, will be sold under the EverSweet brand name that Cargill launched at a commercial level earlier this year. The joint venture, a 50/50 partnership, should be finalized in the first quarter of 2019.

Sweegen, Rancho Santa Margarita, Calif., uses plant-based bioconversion of the stevia leaf to produce its stevia sweeteners at a commercial volume. The company launched Bestevia e+ at SupplySide West in November in Las Vegas. The sweetener contains Reb E 95%, Reb M (below 50 parts per million) and other stevia compounds.

“E+ was originally created specifically for beverage companies that were looking for ways to carefully tread around existing beverage application patents for Reb M and Reb D,” said Katharina Pueller, director natural sweetener business. “In the process we discovered that e+ works really well in all applications, including baked goods and dairy. We are finalizing sensory testing for 10 different applications, and the results are very promising in all of them.”

She added, “Depending on application and tonality, we are able to achieve at the very least a 60% reduction of sugar (in baked goods) and in most applications 100% sugar reduction (beverages, dairy, condiments).”

Bestevia e+ is approved for sale in the United States.

“We will push for global regulatory approval, as we do with our entire portfolio,” Ms. Pueller said.

PureCircle, which has a U.S. office in Chicago, has identified protein, soluble fibers and antioxidants in the stevia plant and plans to begin commercial production and sale of the new stevia ingredients in the second half of 2019, the company said Dec. 3.

“Protein, fiber and antioxidants are in high demand by beverage and food companies, and these additions to our portfolio will enable us to offer our customers those ingredients from the stevia plant, and it further enhances our efficient use of each leaf so we can provide the best-tasting stevia leaf sweeteners and flavors cost-effectively to our customers,” said Maga Malsagov, chief executive officer of PureCircle.

Inulin from chicory root fiber has been shown to add both fiber and sweetness to applications. Sensus America, Lawrenceville, N.J., offers a range of chicory inulin and oligofructose products under its Frutafit and Frutalose branded ingredients. The company said the entire range now qualifies as natural, according to the new ISO 19657:2017 standard.

“We are extremely pleased that we can now really call our chicory inulin natural according to the very latest and strict ISO standard,” said Elaine Vaughan, Ph.D., scientific and regulatory affairs leader for Sensus. “There are many fibers available in the market, and this qualification distinguishes chicory inulin from fibers that you cannot find in nature.”

Other inulin-based ingredients include Oliggo-Fiber from Cargill and Orafti from Beneo, Inc.