We use cookies to provide you with a better experience. By continuing to browse the site you are agreeing to our use of cookies in accordance with our Cookie Policy.
Home » Sprouted grains and sourdough: Special processes for specialty bread

KANSAS CITY — Grain selection plays a significant role in creating specialty bread, but the options do not end there. Methods like sprouting grains and sourdough through fermentation also create varieties with unique flavor profiles and additional nutritional benefits.

Consumers are noticing, too.

Siemer Milling Co., Teutopolis, Ill., cites Mintel data showing the number of products launched globally that use flour from sprouted grains grew more than 400% between 2006 and 2016. The number of sprouted grain products featuring the Whole Grain Stamp already has topped 400 in 2018, which compares to slightly over 100 for all of 2013, according to the Whole Grains Council, Boston.

“This is a form of natural processing of grains that in fact can enhance the nutritional attributes of food,” she said Nov. 6 at the Whole Grains Council conference in Seattle. “It’s a traditional method of food preparation that is finding a modern-day resurgence as a super food trend. A sprouted grain at its essence is a germinated seed.”

“Wheat is and always has been the most ideal grain for producing any leavened baked good,” said Robert Ferguson, research and development project manager for Siemer Milling Co. “Gluten protein allows for superior elasticity for holding air required to raise bread, muffins, pizza crust, etc. Also, wheat has a great flavor profile for these applications, and this only improves with the sprouting of the grain.”

“These types of products might be a good fit for breads that originally give you a coarser and chewy mouthfeel, such as germ bread, pecan bread or others with large chunks of flavoring ingredients and condiments,” she said, adding the products frequently are sold frozen.

In dry flour, the second approach, grain is sprouted and then dried. Dry-milled sprouted wheat flour has better baking characteristics and less bitterness.

“This can give baked product finer and smoother texture,” Ms. Wang-Hill said. “Also, it provides the possibility to switch out non-sprouted flour at a higher proportion and replace with sprouted flour without compromising texture or flavor.” 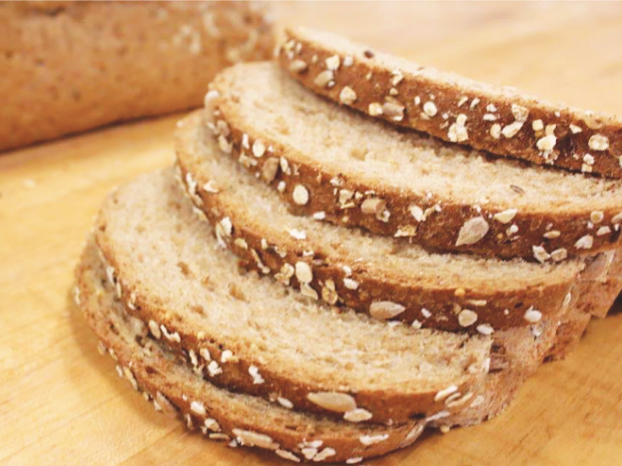 “Sprouting also mitigates the bitterness of whole wheat, providing a natural sweetness and improved flavor,” he said. “The germination process of sprouted wheat contributes to its healthy halo. Enzymes are activated during the transformation of the dormant seed to a plant. Those enzymes contribute nutritional advantages such as an increase in mineral availability and absorption along with greater digestibility.”

The sprouting process works well with spelt flour and rye flour, as well as oat and barley, he said.

“Sprouted whole grain blends and seeds such as flax and chia can add visual interest and diversify texture when used as an inclusion or topping,” Mr. Freedman said.

Timing is crucial when sprouting grains.

“The unique thing about sprouting is the longer the grain is sprouted, the less time it is going to require for cooking,” Ms. Kelly said. “So by understanding those effects, we have the ability to blend grains and legumes together that otherwise could not have been cooked together.”

“These micronutrients are in the storage locker to fuel the growth of the seed,” she said. “So the seed is keeping (the micronutrients) protected for its own use, for its own proliferation. Once we break that phytic acid open with phytase, these bound nutrients become available for us to digest.” 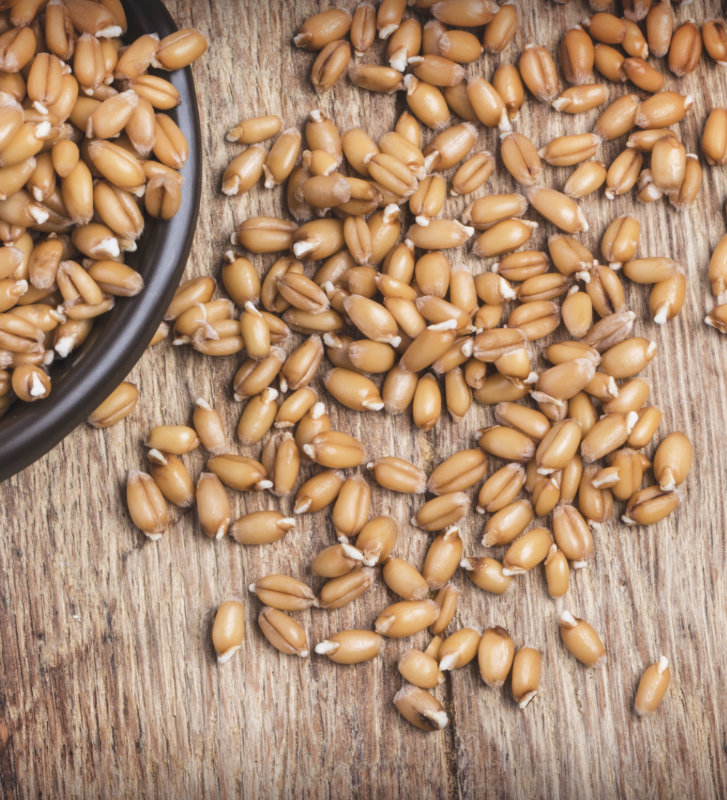 Work on standards for sprouted grains, including a definition, is ongoing. The Whole Grains Council formed a sprouted grains working group that met from the middle of 2015 to October 2017. It involved 47 people from 28 companies. The group found multiple criteria exist for sprouted grains, including a visible sprout, an increase in alpha-amylase and amino acids, and phytate breakdown and/or phytase increase. The working group concluded more research is needed to determine what point in the sprouting process is correlated with ideal nutrient and culinary benefits.

Like sprouting grains, sourdough through fermentation involves timing that affects taste and nutrition.

Sourdough is a natural agent made of flour, water, microorganisms, lactic acid bacteria and yeasts, according to Belgium-based Puratos Group. The agent is used for making bread that ferments and causes the bread to rise. Puratos launched a sourdough library in 2013 in Saint-Vith, Belgium. More than 700 strains of wild yeast and 1,500 wild bacteria have been recorded in the library.

“The range of flavor profiles is in the intensity of the sour or tang, which comes from lactic acid and acetic acid,” he said. “The flavor profile possibilities of sourdough are almost endless as the acids that are produced are a result of various yeasts and bacteria digesting different carbohydrate sources. By making adjustments to a formulation such as culture type and amount, fermentation time, and temperature, a baker can increase or lessen the intensity of the sour taste profile.”

Bakers may increase the sour flavor by adjusting the hydration level or amount of the starter, he said.

“A drier sour makes for a higher acetic acid level,” Mr. Freedman said. “Another way to increase the sour would be to adjust the bread dough by allowing for a longer, slower proof requiring at a lower temperature.”

For a less sour profile, a baker could increase the amount of starter in the dough, allowing for a cooler temperature and shorter time for the proofing process.

“In baking this has translated to longer fermentation times, even overnight ferments, coming back into play with artisan baking,” he said. “After a slow ferment, bakers are shaping loaves and proofing the dough slowly in a retarder until it’s ready to bake. The time helps develop the flavor in the crumb and shows more time and attention has gone into the baking process.”

“The longer fermentation process used to make sourdough breaks down phytates, making nutrients more available to the body, and uses up some of the glucose found in the starchy endosperm, thereby reducing the body’s glycemic response,” Mr. Freedman said. 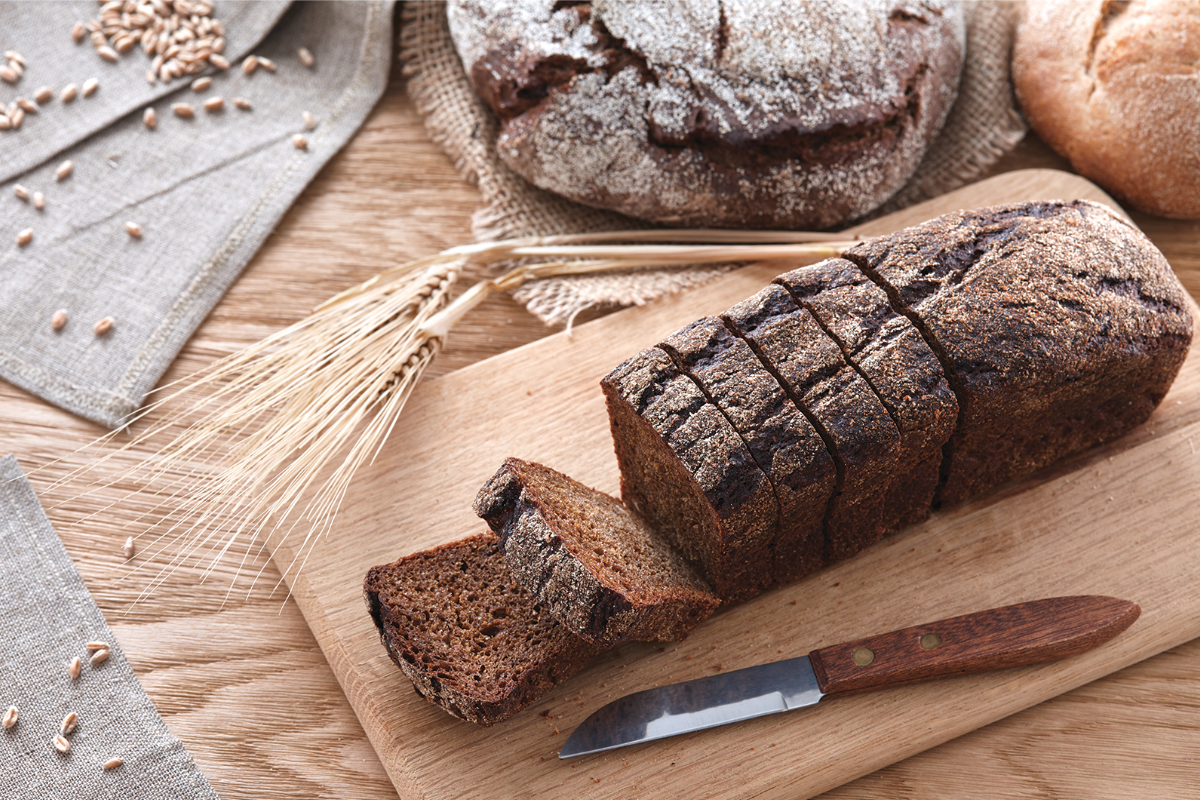 While bakers have created rye bread for centuries, the innovations of today are assisting in its popularity.

Yet formulators could expand their horizon beyond commercial rye bread that relies on caraway and onion for flavor.

“Rye can tend to have a complex and earthy flavor but works well with other ingredients to produce interesting and unique profiles in a variety of specialty breads,” he said.

One way to alter the flavor profile is to use a rye sour or sour blend with one or more grains such as wheat.

“If a sweeter profile is preferred, inclusions such as raisins, honey or molasses can be added,” Mr. Freedman said. “Seeds like caraway, pumpkin, sunflower and poppy can provide a nice twist. The flavor of rye bread marries well with olives, nuts and even meats, cheeses and vegetables.”

“In some cases, the toasted grains are soaked to rehydrate the grain, and bakers are using the soaking liquid in the dough to retain even more flavor,” he said. “These extra steps take time, but they show that bakers are dedicated to the patience and the hands-on experience that great bread requires.”

Greek and Roman ancient civilizations were familiar with the rye grain, according to the Whole Grains Council, Boston. It grows more rapidly than wheat, withstands submersion during floods and survives drought better. Rye thus became more popular in countries with colder temperatures like Russia, Poland, Canada, Argentina, China and Turkey. Rye contains a fiber called arabinoxylan, known for its high antioxidant activity, according to the W.G.C., and rye has been shown to improve bowel health, control blood sugar and help in weight management.

“More bakers are experimenting with rye and are breaking away from the traditional use of Jewish rye with caraway seeds,” said Abbey Heikes, specialty sales — regional for The Annex by Ardent Mills. “Rye flour is milled from whole rye berries and is closely related to wheat flour. The darkest rye, with the most bran left intact, is used in Boston brown bread and pumpernickel while light rye is widely used in Swedish flat breads.” 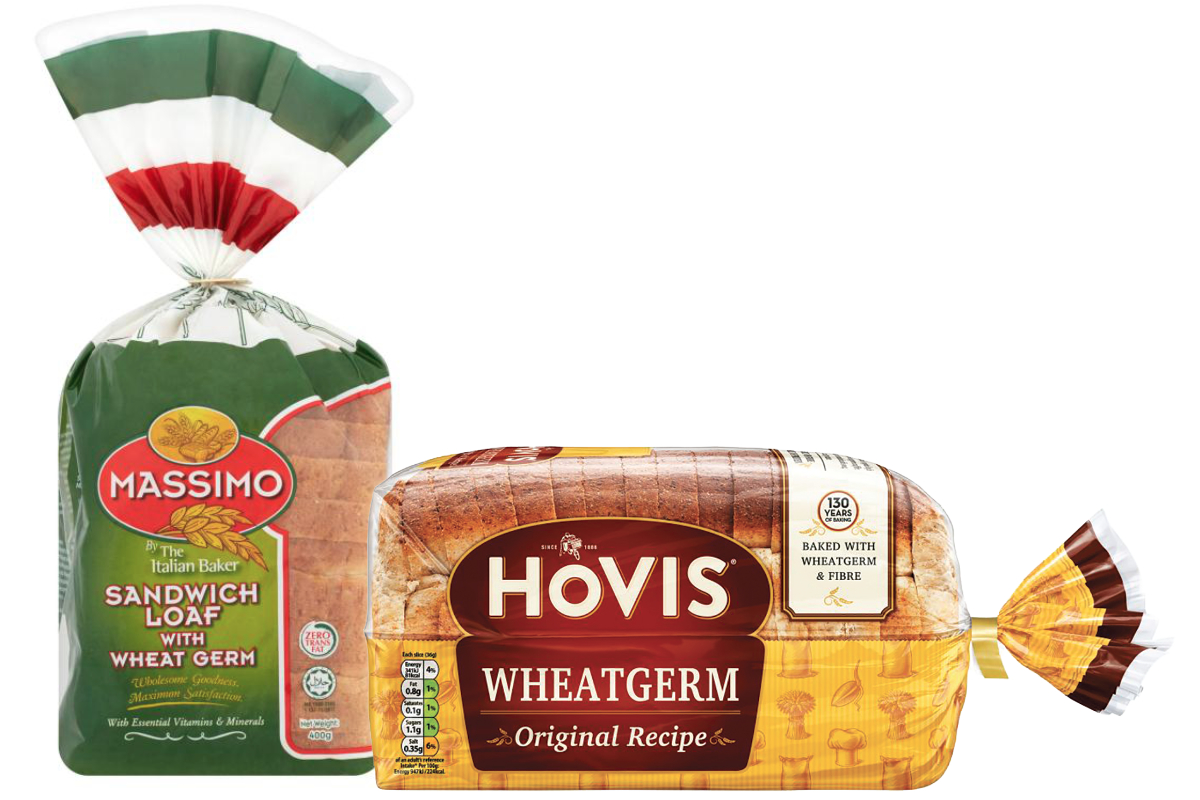 Could bread with wheat germ catch on in the United States?

International bread brands have warmed up to the idea of adding wheat germ. Massimo, an Italian-style brand backed by a Malaysian baking company, promotes a sandwich loaf with wheat germ for containing omega-3 fatty acids, fiber, protein, magnesium, phosphorus, zinc and vitamins B1, B2, B6 and E. Hovis, based in the United Kingdom, promotes a wheat germ bread variety for a sweet nutty taste as well as nutrient content.

“Germ bread has been a popular item in Canada for many decades,” said Robert Ferguson, research and development project manager for Siemer Milling Co., Teutopolis, Ill. “The origins I’m not sure of, but the touted benefits from bakers in Canada is that it’s tasty and nutritious.”

Mr. Ferguson said he believes there is a market for bread containing wheat germ in the United States.

“The trend moving people away from grains will/should be short-lived,” he said. “Selling the nutritional benefits of wheat germ and the high of amount of protein added should allow for folks to come back to bread.”

“HT fine wheat germ has a small granulation size, which works well at a low substitution level, such as 10% to 20%,” she said. “Formulas might call for slightly more water after adding wheat germ. For some formulas, wheat germ might need to be added later during the dough mixing step to prevent delay of gluten development.”