We use cookies to provide you with a better experience. By continuing to browse the site you are agreeing to our use of cookies in accordance with our Cookie Policy.
Home » Donut leaders dish out year of innovation

KANSAS CITY — Donut category leaders made moves in 2018 designed to stay in those positions. At retail, Hostess Brands, L.L.C., Kansas City, launched Jumbo Donettes as part of its breakfast brand strategy. Krispy Kreme Doughnuts, Winston-Salem, N.C., teamed up with the Hershey Co. and Mondelez International in launching donuts at its restaurants.

Hostess in September launched Hostess Jumbo Donette multipacks as well as Hostess Cinnamon Rolls and Danishes in multipacks with plans to also sell single-serve products. Hostess expects the branded items and the Cloverhill business, acquired in 2018, to be catalysts for growth in the breakfast segment, said Andrew P. Callahan, president and chief executive officer, in a Nov. 7 earnings call.

“Importantly, consumers continue to purchase Hostess at a rate ahead of the sweet baked goods category, which is a strong foundation for long-term growth,” he said.

Hostess Brands led the donut category with U.S. retail sales of $382.4 million in the 52 weeks ended Nov. 4, 2018, which was up 4.5% from the previous 52-week period, according to Information Resources, Inc., a market research firm based in Chicago. Hostess held a market share of 19%. 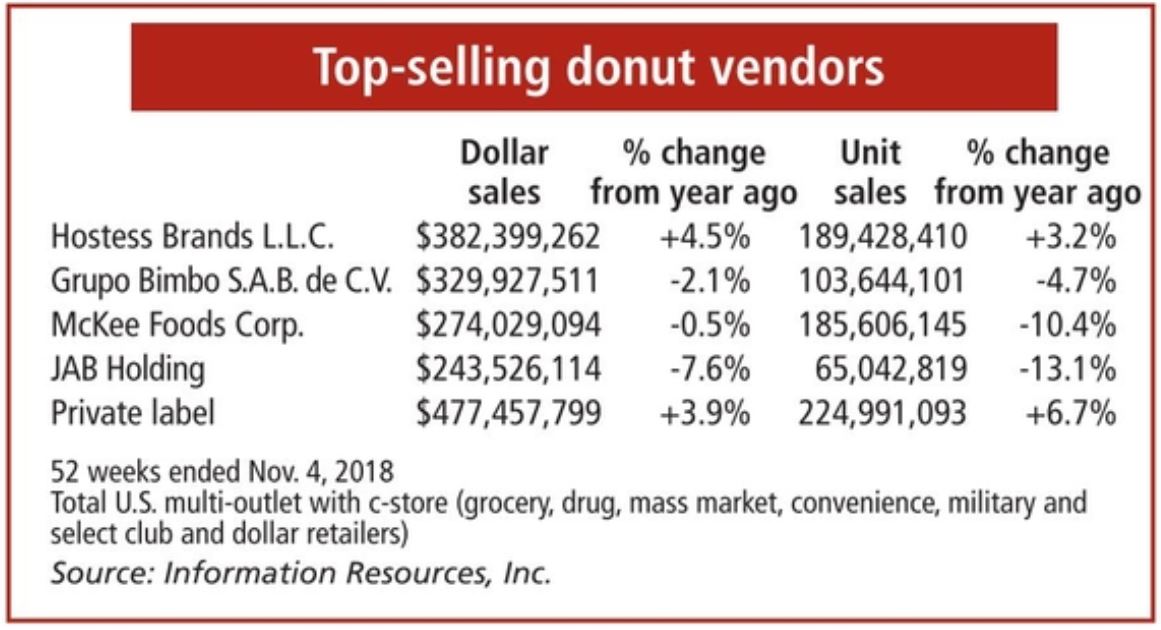 “Like Krispy Kreme, Oreo, Nutter Butter and Chips Ahoy! are cookie institutions,” said Jackie Woodward, chief marketing officer of Krispy Kreme Doughnuts. “Only Krispy Kreme can take these treats to the next level by infusing flavors to make each cookie an awesome donut experience.” 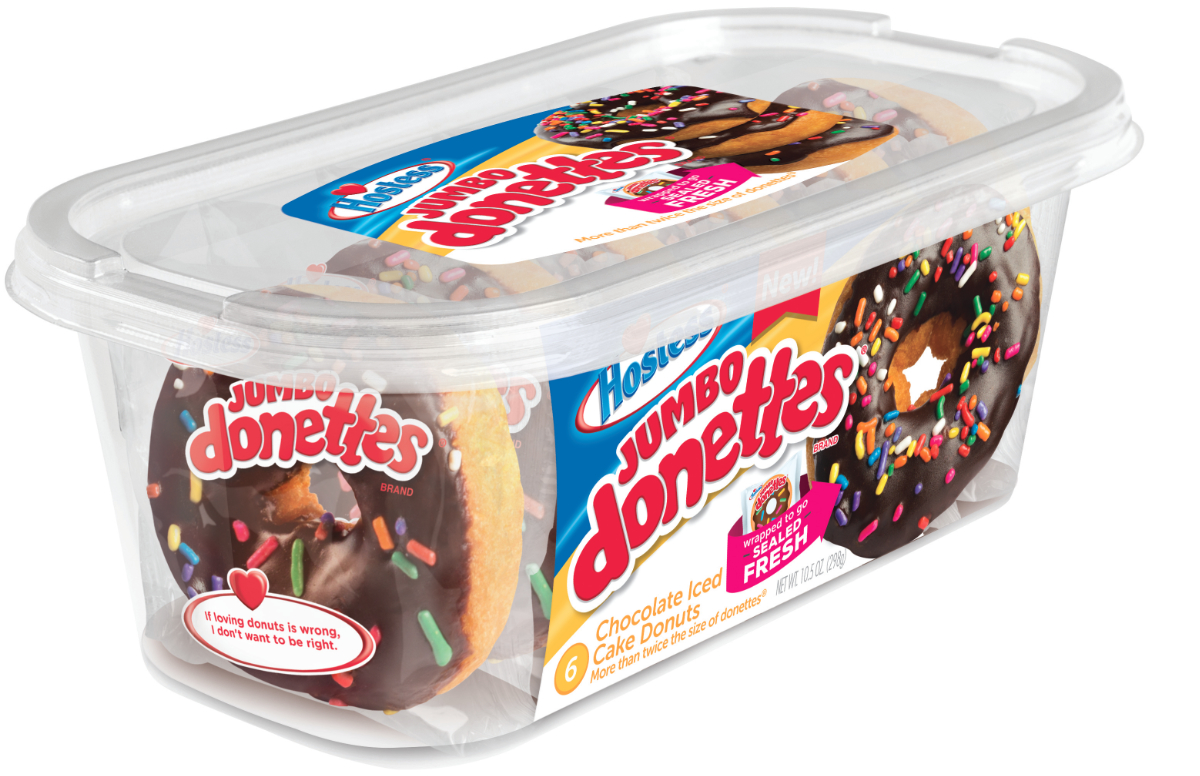 Dunkin’ Brands Group Inc., Canton, Mass., will still sell donuts — millions of them, in fact — even though it removed “Donuts” from its Dunkin’ Donuts restaurant chain, which will become known as Dunkin’.

“Our new simplified branding for Dunkin’ and our recently announced plans to transform the espresso experience at Dunkin’ demonstrate our commitment to our beverage-led strategy,” said David Hoffman, c.e.o. of Dunkin’ Brands.