LAS VEGAS – Impossible Foods is ushering in the next generation of its plant-based Impossible Burger. The upgraded recipe, deemed the Impossible Burger 2.0, debuted at Border Grill at the International Consumer Electronics Show on Jan. 7.

“The newest Impossible Burger delivers everything that matters to hard-core meat lovers, including taste, nutrition and versatility,” said Patrick Brown, M.D., founder and chief executive officer of Impossible Foods. “This is the plant-based meat that will eliminate the need for animals in the food chain and make the global food system sustainable.”

The latest iteration of the burger contains no gluten, animal hormones or antibiotics and is both kosher- and halal-certified. In response to consumers seeking wheat- and gluten-free options, Impossible Foods crafted the Impossible Burger 2.0 with soy protein rather than wheat protein. While the original Impossible Burger was designed for flat-top cooking at restaurants, the new recipe may be steamed, seared or sizzled on slats over an open flame and also works in ground meat dishes such as meatballs and chilis, Impossible Foods said.

“Impossible Burger fans told us loud and clear they wanted a gluten-free burger that was at least as nutritious as meat from animals,” said David Lee, chief operating officer, chief financial officer and head of global sales for Impossible Foods. “Our new product delivers all the taste meat lovers crave -- without compromise to nutrition or the planet.”

With as much bioavailable iron and protein as a comparable serving of ground beef from cows, the updated Impossible Burger 2.0 contains 0 milligrams of cholesterol, 14 grams of total fat and 240 calories per quarter-pound patty. 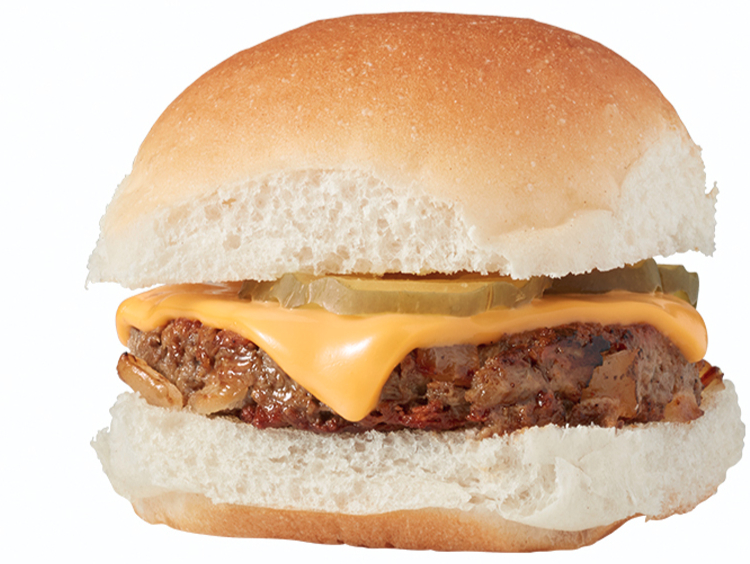 White Castle is the first fast-food chain to debut the Impossible Burger 2.0 on its menu, starting with locations in the Las Vegas area this week. In the coming months, the new White Castle Impossible Slider recipe will appear on menus at all remaining 377 White Castle restaurants nationwide.

“White Castle is Impossible Foods’ largest customer so far, and the partnership has been a total sensation — acclaimed by food critics and a social media phenomenon with a trending hashtag,” Mr. Lee said. “There was never any doubt White Castle would get first priority for the national rollout of our new recipe.”

The company plans to roll out the new recipe to select privately-owned restaurants nationwide this week, and larger chain restaurants such as Umami Burger and Wahlburgers will begin to offer the new burger next week. Starting Feb. 4, the next-generation Impossible Burger will be available to all restaurants in the United States through major food distributors, Impossible Foods said.

Later this year, the company said it will launch the new Impossible Burger in select U.S. grocery stores.

Impossible Foods produces its plant-based burgers and other products at the company’s 68,000-square-foot production plant in Oakland, Calif.

The Impossible Burger handles, cooks and tastes like ground beef from cows but is made entirely from plants, Impossible Foods said. The burger’s crucial ingredient is leghemoglobin, or “heme," which gives the Impossible Burger its bleeding attribute and creates the flavor in raw and cooked product. Heme reacts with the proteins, amino acids, sugars and vitamins in the blend.

The Impossible Burger generates about 87% fewer greenhouse gases, the company said, and it uses 75% less water and requires about 95% less land than conventional ground beef.

“Using animals to make protein is an ancient technology – and while it worked in the 19th century, it doesn’t sustainably scale for the 21st century and beyond,” said Mary Sue Milliken, owner of Border Grill, where the Impossible Burger 2.0. debuted. “We need more innovation in the food sector so meat lovers can keep eating their favorite foods without destroying biodiversity. I’ve been watching Impossible Foods for years and am thrilled to see the quantum leap forward of this next-generation recipe.”