We use cookies to provide you with a better experience. By continuing to browse the site you are agreeing to our use of cookies in accordance with our Cookie Policy.
Home » Five keys to unlocking growth at Chipotle

ORLANDO, FLA. — Noting that the brand had become “invisible” over the past three or four years, Chipotle Mexican Grill, Inc. has identified five key areas it believes will help transform the business going forward, the company’s top executive told participants at the ICR Conference held Jan. 15 in Orlando.

“We want to be a brand that’s culturally relevant, and we want to be a brand that has a narrative that’s actually visible,” said Brian R. Niccol, chief executive officer. “ … I think the brand just became invisible over the last three or four years. And we can talk more about what do we mean by making this brand much more visible. But the thing that’s exciting is this aspect of real ingredients, clean ingredients, real cooking. The more visible we make that, the stronger the connection is to the brand with our customers, and the stronger the connection is with our employees.”

Asked by an analyst to elaborate on what he meant by the company being invisible, Mr. Niccol said, “If you rewind on this business over the last three or four years, the company just went quiet. … And I think that’s because the brand narrative just went quiet and defensive as opposed to fast-forward to where we are today — we’re going to be much more front and center.”

Another key area for Chipotle involves the company’s efforts to create a digital system. Mr. Niccol said the company is in the process of introducing more access points for customers, which in turn is resulting in less friction and helping food get to customers faster.

“So you can get to your Chipotle burrito faster than ever before,” he said. “And then we can also serve more occasions than we ever have in the past. And this really relies on using our second make-line, digitizing that second make-line, creating the digital system through the app, the web and then also some third-party partners on delivery.” 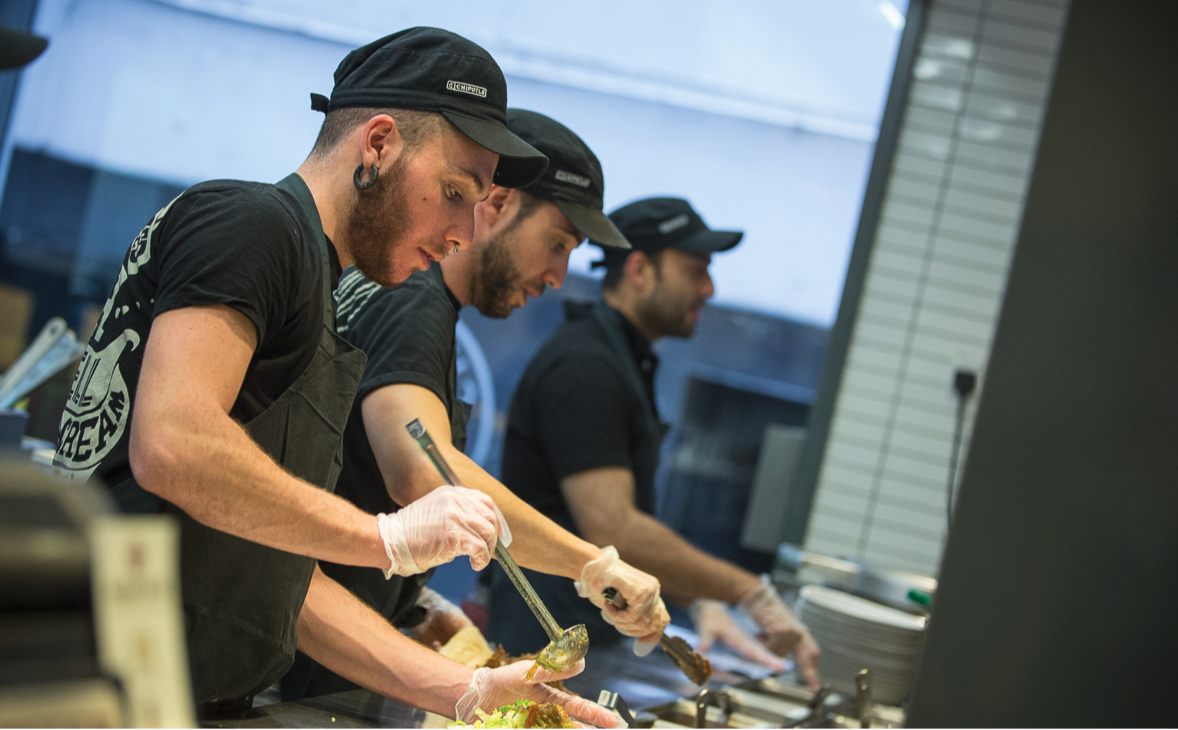 Mr. Niccol said a third focus area for Chipotle is “to get back to great throughput with great hospitality.” He said the company’s operations strategy is simple: employ great people and establish great teams. With great people in place, the great food and great environment should follow, he said.

The economic model of Chipotle stands out as a fourth key area that Mr. Niccol said can help the company thrive.