WASHINGTON — The Food Safety Modernization Act created a sea change in the relations between government and industry in their collaborative pursuit of ensuring a safer food supply for Americans. With most FSMA rules well into implementation, the food industry has been able to direct increased attention to other regulatory issues it will confront in 2019. Food Business News interviewed representatives of some key food industry groups, who provided their views on what’s ahead in the new year.

Transportation issues, primarily truck transport and regulations, were cited among chief concerns for 2019 by both the American Bakers Association and the Grocery Manufacturers Association.

“An ongoing transportation crisis is reducing accessibility, availability and affordability of the food, beverage and household goods that American families need,” said the G.M.A. “There is a critical shortage of truck drivers, demand for existing trucks is dramatically greater than the available supply, and inflexible regulations and needed infrastructure repairs exacerbate the problem. The consumer packaged goods (C.P.G.) industry accounts for one-fifth of all freight on the roads today and will advocate for necessary changes to protect consumer access and affordability.”

Lee Sanders, senior vice-president, government relations and public affairs, A.B.A., said adjustments to the Hours of Service Regulations may provide one of the most promising areas to make gains for the food industry in 2019. Ms. Sanders added that in light of the troubled electronic logging device (E.L.D.) roll-out, the Federal Motor Carrier Safety Administration has announced through multiple posted petitions and advance notices of proposed rulemaking that the time may have come to reevaluate what makes the most sense for truckers and trucking companies.

“The American Bakers Association has taken this opportunity to co-submit with the International Dairy Foods Association an exemption request that would allow truckers hauling essential food staples to be exempt from ‘hours of service’ in the time ahead of a natural disaster — better preparing Americans for storms and allowing our drivers to complete their runs.”

Additionally, the A.B.A. has commented on several other proposed changes to the hours of service rules, including the recent successful preemption of California’s meal and rest break provisions — allowing for uniform break standards across state lines, Ms. Sanders said.

Among A.B.A.’s other chief regulatory priorities for 2019 are seeking consistency in Food and Drug Administration food facility inspections, commenting on aspects of the F.D.A.’s Multi-Year Nutrition Innovation Strategy, and monitoring potential actions under California’s Proposition 65.

Ms. Sanders said implementation of the FSMA continues to be a concern for the baking industry.

“For most bakers, it has been business as usual, old G.M.P.-type (Good Manufacturing Practices) inspections,” she said. “However, some F.D.A. officials venturing into the preventive control arena during inspections appear to be relying on draft F.D.A. guidance documents. This ‘draft status’ is creating inconsistency during inspections, leaving manufacturers confused about where to focus their efforts. In 2019, the A.B.A. recommends that the F.D.A. maintains its educational and training focus for inspectors.”

“A.B.A. will have the opportunity to weigh in on modernization of health claims and the definition of ‘healthy,’ as well as revisit the standards of identity to address and allow emerging technology as part of the equation as bakers move forward with development of innovative new products,” Ms. Sanders said. “Sodium reduction policy is also part of the nutrition innovation strategy, where, again, product innovation will be key.”

“Over the past few years, special interest groups and plaintiff attorneys have scrutinized and questioned the baking industry’s products,” she said. “These questions are concerning because wheat-based products, such as bread and cereals, are recommended by the U.S. Department of Agriculture’s MyPlate program as a nutritious and necessary staple for healthy eating patterns.”

In addition to the transportation crisis, the G.M.A. said it will continue efforts to ensure regulatory uniformity and packaging innovations.

“A patchwork of dissimilar state and local regulations creates consumer confusion, increases costs and harms innovation,” the G.M.A. said. “We will advocate for policies that unify the intent of regional policymakers under national standards ensuring that manufacturers and consumers alike can rely on a single set of clear rules and facts-based information.”

“Much more work remains, however, to address America’s patchwork approach to recycling and to drive innovation in sustainable packaging,” the G.M.A. said. “The C.P.G. industry will demand plastics innovation and uniform approaches to recycling. “

Duane Stanford, executive editor, Beverage Digest, commenting on what he views as regulatory issues high on the list of beverage industry priorities, pointed to two that relate to facilitating innovation in developing beverages with functional and wellness characteristics.

“A request by Coke for the F.D.A. to clarify its rules against fortifying carbonated beverages (the so-called jelly bean rule) could have important implications for making sparkling beverages of all kinds more functional, to meet consumer demand,” he said.

Mr. Stanford was referring to The Coca-Cola Co.’s letter to the F.D.A. dated Oct. 11, 2018, in connection with the agency’s request for public comments on its Multi-Year Nutrition Innovation Strategy. Among Coca-Cola’s comments was a request that the F.D.A. update its fortification policy, which was codified in 1980.

“To be clear, we do not intend for our comments to imply we are seeking the opportunity to fortify traditional sodas. Our request is for allowing the fortification of some sparkling beverages, not the random fortification of snack foods, or foods and beverages with significant amounts of added sugar.” 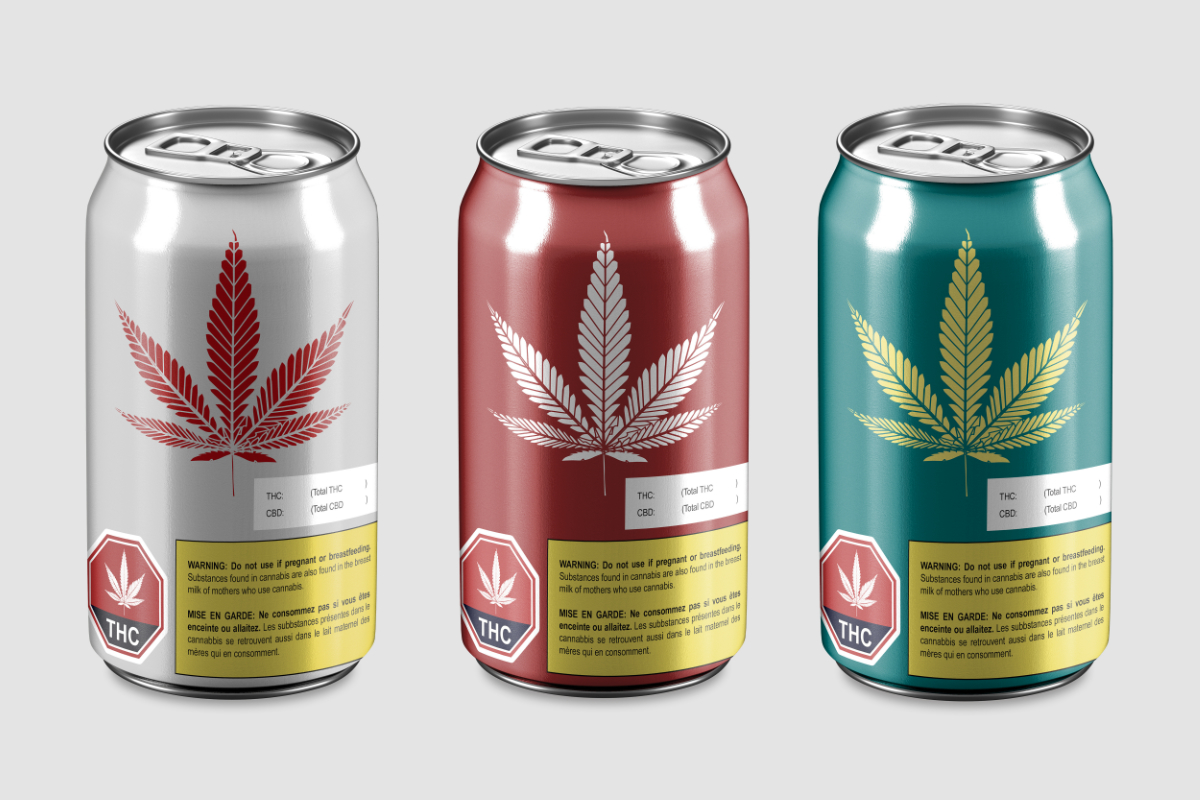 The other issue that in recent months has commanded increased attention in the beverage industry has been the use of hemp-derived cannabidiol (C.B.D.) as an ingredient because of its reputed salutary health effects such as easing pain and inflammation and even relieving anxiety.

“Clarification of the laws around the use of C.B.D. in food and beverages will be important as large consumer packaged goods manufacturers try to understand how aggressively to pursue innovation and investment in the category,” Mr. Stanford said.

Already food and beverage companies in states that have legalized medical and/or recreational use of hemp or marijuana have seen the development, production and marketing of several C.B.D.-infused foods and beverages.

The Agriculture Improvement Act of 2018, the farm bill, removed industrial hemp and its derivatives, such as C.B.D., from the Controlled Substance Act. But the substances remain regulated by the F.D.A. This has special import when it comes to introducing products containing the substances into interstate commerce. The F.D.A. also has authority to approve or disapprove therapeutic and health claims related to beverages and foods with C.B.D. as an ingredient.

The F.D.A. has committed to calling a meeting of stakeholders to discuss “pathways by which products containing cannabis or cannabis-derived compounds can be marketed and how we can make these legal pathways more predictable and efficient,” Dr. Gottlieb said.

It was thought several beverage companies with nationwide reach were closely monitoring developments and weighing entry into what may become a multi-billion-dollar segment.

Inspection modernization will continue to be of interest to meat processors in 2019, said Eric Mittenthal, vice-president of public affairs for the North American Meat Institute (NAMI).

“In the case of pork, we’ve seen success with the New Swine Slaughter Inspection System (N.S.I.S.), which builds upon the traditional meat inspection system to help focus resources where they are needed most to ensure positive food safety impacts,” Mr. Mittenthal said.

The U.S.D.A.’s Food Safety Inspection Service announced the launch of the N.S.I.S. as a pilot program in 2018. Those companies opting into the program take on greater responsibility by performing certain food safety monitoring functions, subject to verification by the F.S.I.S., with the aim of allowing federal inspectors to direct their attention more fully to the most critical points in the slaughter process and on inspecting 100% of live animals prior to slaughter and all carcasses after slaughter.

One goal of the N.S.I.S. is to allow opportunities for processors to innovate and streamline the slaughter process. For instance, under the N.S.I.S., plant processing line speed would not be capped at 1,106 pigs per hour. But importantly, the N.S.I.S. plants’ slaughter lines may operate only as fast as managers can guarantee their compliance with food safety rules.

NAMI also was monitoring efforts by the U.S.D.A. and the F.D.A. to move forward with a joint regulatory framework around emerging technologies for products from cell-based cultures.

“While broad areas of regulatory authority have been laid out, we will be interested in more details as this effort progresses,” Mr. Mittenthal said. “We need a regime put into place that won’t disadvantage traditional processors and that can ultimately be a win-win proposition for both industry and consumers.”

“Past proposals have sought to lower the bar to lawsuits against packers and processors by growers, and eliminate requirements to show economic harm to industry versus potentially frivolous complaints,” Mr. Mittenthal noted. “We will be following that process in terms of its scope and impacts on companies on competitiveness, which could ultimately impact consumers as well.”