We use cookies to provide you with a better experience. By continuing to browse the site you are agreeing to our use of cookies in accordance with our Cookie Policy.
Home » Coming to McDonald’s — shorter drive-thru times, more bacon

“Customers rewarded us with more visits again last year, resulting in back-to-back years of global guest count growth for the first time since 2012,” Mr. Easterbrook said during a Jan. 30 earnings call. “This achievement is even more notable at a time when informal eating out traffic growth has been muted.”

Fourth-quarter net income was $1,415.3 million, equal to $1.82 per share, up 103% from $698.7 million, or 87c, in the year-ago period. Excluding non-cash impairment charges and an income tax benefit in the recent period, adjusted diluted earnings per share increased 15% to $1.97, according to the company.

Total revenues for the quarter declined 3% to $5,163 million from $5,340.2 million, driven lower by the impact of refranchising.

Global comparable sales increased 4.4% in the quarter and 4.5% for the year, reflecting growth across all segments.

“McDonald’s had a strong 2017 and followed that with an even better year in 2018,” Mr. Easterbrook said. “In the U.S., we’re in the middle of the most ambitious program the market has ever undertaken. The U.S. is executing a significant number of initiatives at the same time.

“Still, in 2018, we grew sales while continuing to invest billions of dollars in the restaurants, making foundational changes in our business and staying focused on our customers.”

Actions undertaken in the past year at McDonald’s U.S. restaurants include the launch of cooked-to-order fresh beef and the accelerated roll-out of delivery through a partnership with Uber Eats.

“We are confident that delivery offers additional growth potential for our business,” Mr. Easterbrook said. “Even with the momentum we already have established, we know we have an opportunity to let more customers know that McDonald’s will bring meals to their homes, offices and college dorm rooms. Driving awareness begins with encouraging more customers to try delivery by talking more about the high satisfaction among our delivery customers and their willingness to reorder, and we continued to see those trends hold steady throughout 2018.” 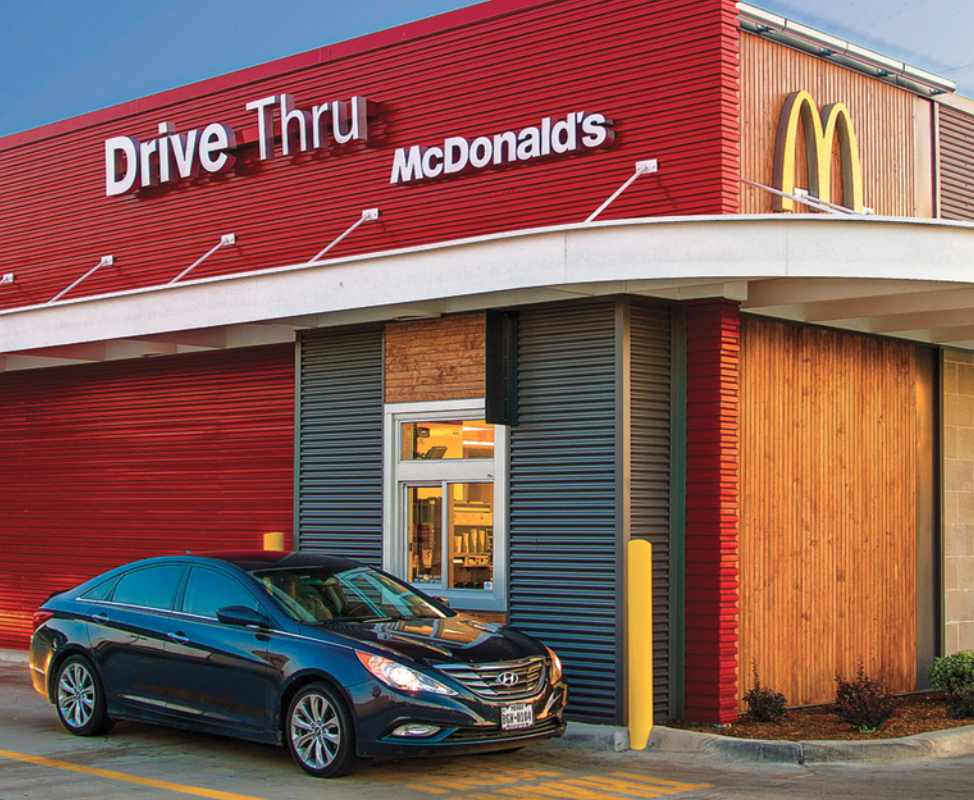 A priority in the year ahead is shortening drive-thru service times, which have increased each year over the past five years, Mr. Easterbrook said.

“We expect to actually reduce service times across 2019,” Mr. Easterbrook said. “We’re starting immediately activities in quarter one of this year and actually in the restaurants currently. So there is a collective resolve that service times have to have peaked. We will not accept them for getting any longer, and therefore, we’re looking to address those.”

Another focus is boosting breakfast sales through menu innovation, value offerings and digital engagement, he said.

“We believe there are a lot more legs still left in McCafé and the McCafé brand, both through coffee and premium coffee, and also, we do believe more personalized digital engagement can also help drive our breakfast business, but that’s through having customers enjoy the experience and convenience of mobile order and pay and also more personalized and tailored offers in the app,” Mr. Easterbrook said. “So that’s just an example of the focus we have on breakfast, particularly across the U.S.”

On McDonald’s results, Bill Fahy, vice-president of Moody’s Investors Service, said, “McDonald’s comparable sales performance is a good indicator that its various initiatives are continuing to take hold and resonating well with consumers and a credit positive. However, guest count growth remains challenging in the U.S. as competitors ramp up their focus on promotions and discounts, which is unlikely to subside in the near term.”

Operating performance at McDonald’s is expected to benefit from the various planned initiatives, including delivery and a push to modernize restaurants, Mr. Fahy said.

“However, intense competition from both traditional and non-traditional food providers along with labor cost pressures in the U.S. and challenging economic conditions around the world could pressure margins,” he added.