We use cookies to provide you with a better experience. By continuing to browse the site you are agreeing to our use of cookies in accordance with our Cookie Policy.
Home » A new course for Hain Celestial — smaller, simpler and profitable

A new course for Hain Celestial — smaller, simpler and profitable

“In the past, we added tremendous complexity and drained profit in pursuit of growth at any cost,” Mr. Schiller told investment analysts during a Feb. 7 earnings call to discuss second-quarter results.

He added, “We’re simplifying our organization and reallocating resources toward the strongest potential opportunities to maximize shareholder return. We’re creating an operating model focused on cross-functional decision-making that maximizes financial returns. We’re taking a systematic approach in moving aggressively from a focus on volume growth at any cost to a focus on growth that is both profitable and sustainable for us and our customers. From buying our way on the shelf to earning our way off the shelf through increased consumption, from complexity being an output of decisions made to complexity being an input into decision-making and avoiding it unless it drives tremendous economic value. From growth driven largely by M.&A. to a focus of primarily organic growth through great marketing and great execution.”

For the second quarter ended Dec. 31, 2018, the company sustained a loss of $66,501,000, which compared with net income of $47,103,000 in the prior-year period. The company recorded $19,473,000 in impairment charges, $10,148,000 in expenses related to a c.e.o. succession plan and $9,872,000 related to the Project Terra cost savings program. Results related to the operations of Hain Pure Protein were presented as discontinued in the current and prior periods, as the company works to divest the business in the coming months.

On an adjusted basis, the company had net income of $15 million, equal to 14c per share on the common stock, which compared with $33.6 million, or 32c, in the year-ago quarter.

Net sales in the second quarter were $584,156,000, down 5% from $616,232,000 in the comparable quarter. Excluding the impact of foreign exchange, acquisitions, divestitures and certain other items, including ongoing stock-keeping unit (s.k.u.) rationalization, net sales decreased 1% compared to the year-ago quarter.

In the United States, net sales decreased 4% to $259.2 million in the second quarter, or down 1% year-over-year when adjusted for acquisitions, divestitures and s.k.u. rationalization. The decline was driven by distribution losses and increased trade investments.

“We’re not pleased with these results and are working systematically to restore profitable growth in the U.S. while continuing our profit momentum in our international businesses,” Mr. Schiller said. “While the transformation has begun, there’s a lot of work ahead.”

During the call, Mr. Schiller described some of the issues affecting Hain Celestial’s profitability as “self-inflicted.”

“Some of it is related to, I’ll call it, silo decision-making,” he said. “An example would be, we went out and bought a lot of baby food in anticipation of big volume to come that didn’t come. It’s now sitting in outside warehousing that’s costing us millions of dollars.”

He added, “So what we have been doing in the last 90 days since I’ve gotten here is we’re spending a lot of time understanding what’s draining the P.&L., putting plans in place to address them and systematically taking out those costs over time. 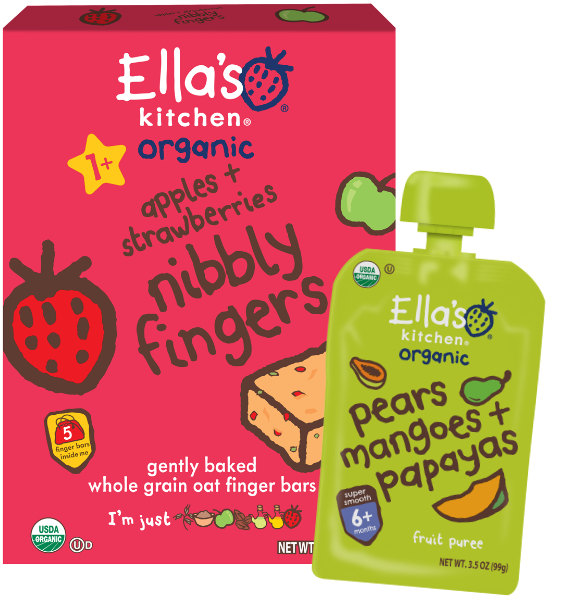 “We will get out of these distribution centers that are uneconomic. We will get out of this inventory on baby that is costing us significant warehousing. We will get to better supply chain performance in terms of service, which will reduce customer fines for not delivering product on time and getting us to lower cost as we move out of (co-manufacturer).

“So it’s hard work, it’ll take some time, but it’s all self-inflicted and it’s all within our control.”

The company, which has 55 brands, would perform better with 30, he added.

“In fiscal 2019, we continue to expect our Project Terra savings to build quarter-over-quarter as we progress throughout the year,” Mr. Langrock said. “However, we expect that our total savings will be at the lower end of our anticipated $90 million to $115 million as certain savings are taking longer to materialize based on the complexities in the U.S. business.

“For example, we have made a proactive decision to continue to invest in trade to fund more competitive pricing points. Some of our distribution and warehouse optimization efforts are taking longer than we anticipated.

“That being said, we are updating our fiscal 2019 guidance and now expect reported net sales from continuing operations in the range of $2.32 billion to $2.35 billion, a decrease of approximately 4% to 6% as compared to fiscal year 2018, or down approximately 2.5% to 4% on a constant currency basis. As Mark mentioned, in the U.S., we have a long tail of unprofitable and low-velocity s.k.u.s resulting in considerable distribution losses that will impact sales going forward.”