We use cookies to provide you with a better experience. By continuing to browse the site you are agreeing to our use of cookies in accordance with our Cookie Policy.
Home » ‘If it existed, I would have been eating it’ — Popchips founder sets out to reinvent rice

‘If it existed, I would have been eating it’ — Popchips founder sets out to reinvent rice

SAN FRANCISCO — The founder and former chief executive officer of Popchips has identified another packaged food category that is ripe for disruption — rice.

“About a year and a half ago, I started realizing how much I’ve always loved rice, and I’d been eating less and less of it because I was thinking of all the empty calories and carbs,” Keith Belling told Food Business News. “I started thinking about it … there’s got to be a way to make rice out of a nutritious vegetable that’s not frozen or refrigerated like cauliflower rice.”

Mr. Belling’s new brand, RightRice, is an alternative to conventional rice that is a shelf-stable “vegetable grain,” featuring a blend of more than 90% lentils, chickpeas and green peas, and less than 10% rice — with no fillers, starches or gums.

Launching today on Amazon.com and in Whole Foods Market stores nationwide, the product provides 10 grams of complete protein and 5 grams of fiber per serving, with nearly 40% fewer net carbs than conventional white rice. RightRice cooks like rice in about 10 minutes and is available in original, lemon pepper, Spanish and garlic herb varieties.

“What I love about rice is it’s such a good carrier of sauce and flavor,” said Mr. Belling, founder and c.e.o. of RightRice. “It has a really nice texture, it goes with everything, and when you think about rice, it’s this chameleon in food. Every culture adopts rice as its own because it tastes so good with every flavor, whether it’s Asian, Mexican, Spanish.”

RightRice, like Popchips, was inspired by a personal desire.

In 2007, Mr. Belling, a self-described snack lover, partnered with Patrick Turpin to develop and launch a healthier alternative to his beloved fried tortilla chips. Featuring half the fat of traditional potato chips, Popchips are puffed potato and corn crisps seasoned with flavors such as barbecue, sour cream and onion and sea salt and vinegar. The brand and its success sparked a wave of better-for-you options in the snack aisle in the years since.

Several years ago, Mr. Belling turned over leadership of the business and continued to remain active in the industry, serving as an adviser and investor to other brands and businesses.

“But I always felt like there was kind of one more Popchips in me, one more branded thing I would do because I loved that so much,” he said.

Mr. Belling envisioned RightRice becoming one of the first brands to debut nationally in collaboration with Whole Foods Market and 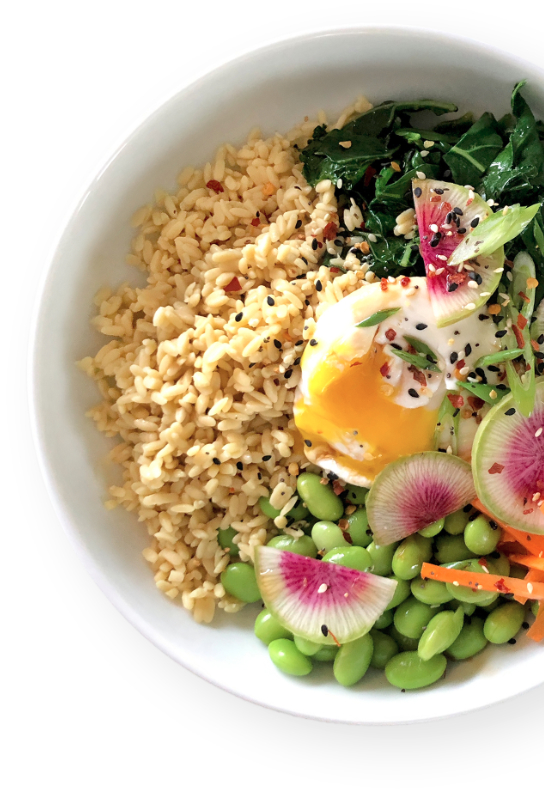 Amazon since the companies merged in 2017. He met with buyers of each retailer separately to pitch the product, deliberately avoiding traditional paths to selling such as trade shows to protect his innovation and make a splashy, stealthy introduction.

“I didn’t want to share the idea, and I wanted to keep it confidential as best I could,” Mr. Belling said. “I felt like I’d rather present it in a really focused, concerted way when it’s ready. I was going through the process with Whole Foods and Amazon as we were finalizing the product. The timing just worked out really well.”

Having credibility from an established brand like Popchips opened doors for Mr. Belling that may have stayed closed to new entrepreneurs, he admitted. Still, he added, the “the buyer of the rice aisle is completely different from snacking, so I didn’t go to anyone who knew me.”

A web site, rightrice.com, and an Instagram page have quietly teased the concept for the past few weeks: “A micro revolution is simmering. The 12,000-year wait is almost over.”

Asked what other categories are ripe for disruption, Mr. Belling said, “For me, it comes from an inspiration and passion. I couldn’t look at something and say, ‘How do I make this better?’ It really came to me because I love rice … we just wanted to make rice ‘righter’… to make it better…

“That’s the fun thing about innovation. You find a need. If it existed, I would have been eating it.”