We use cookies to provide you with a better experience. By continuing to browse the site you are agreeing to our use of cookies in accordance with our Cookie Policy.
Home » Coca-Cola working its way through price increases

ATLANTA — Pricing actions taken last summer in North America affected soft drink volume for the Coca-Cola Co. in the fourth quarter of the fiscal year, but company executives said the price increases play into a strategy of value over volume.

Companywide, Atlanta-based Coca-Cola posted net income of $6,434 million, or $1.51 per share on the common stock, in the year ended Dec. 31, 2018, which compared with $1,248 million, or 29c per share, in the previous fiscal year. Net operating revenues fell 10% to $31,856 million from $35,410 million as bottler refranchising and currency headwinds had a negative impact. Organic revenues grew 5%.

Investors responded negatively when Coca-Cola on Feb. 14 reported its financial results, especially after the company forecast a disappointing 4% of organic revenue growth in 2019. Shares on the New York Stock Exchange closed at $45.59 on Feb. 14, which was down from $49.79 on Feb. 13.

The price increases were in the marketplace more fully by the end of the summer and coming into the fourth quarter, said James Robert B. Quincey, chief executive officer of Coca-Cola, in a Feb. 14 earnings call. Volume has started to pick up at the beginning of 2019, he said.

“The marketplace pricing is clear and positive going into 2019, and the business has started with a foot forward,” he said. “And so we are confident we have the right strategy for North America and that we will see the benefits of that strategy flowing more simply and more clearly through to the results in 2019.” 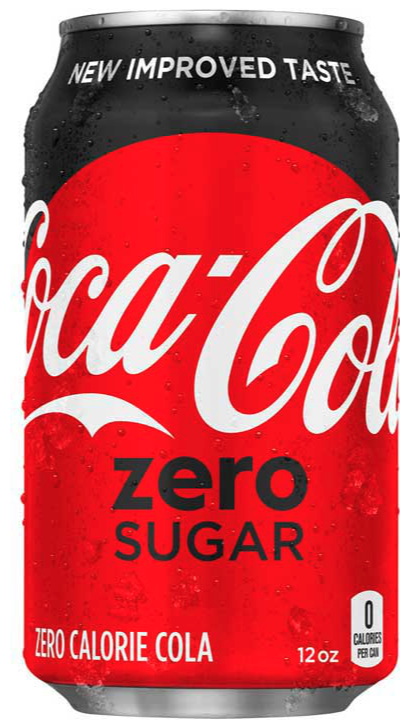 Companywide Coca-Cola reported unit case volume growth of 2% in the fiscal year. Focusing on value over volume, including pricing and packaging decisions in the United States and Western Europe, had an impact. Volume of sparkling soft drinks grew 2% as Coca-Cola Zero Sugar experienced double-digit growth.

Volume of juice, dairy and plant-based beverages declined 1% in the year, largely because of decisions to deprioritize low-value juice brands in key African and Southeast Asian markets as well as packaging downsizing decisions in the juice portfolio within North America.

Volume of water, enhanced water and sports drinks grew 3% for the year, driven by single-serve packaging in China and premium offerings in North America. Volume of tea and coffee grew 1% due to new product launches, including Georgia Craftsman in Japan and Authentic Tea House in China.

“By finding ways like this to reduce complexity, we ensure that our system sales force is focused, our supply chain is efficient, and our latest innovations get more space and visibility at point-of-sale,” he said.

In the fourth quarter, Coca-Cola companywide posted net income of $870 million, or 20c per share on the common stock, which compared with a loss of $2,752 million in the previous year’s fourth quarter. Net operating revenues fell 6% to $7,058 million from $7,512 million.

In 2019, Coca-Cola expects organic revenues to grow by about 4%.

“We expect global growth to be slightly lower than in 2018, with continued growth in the developed world and macroeconomic challenges in certain emerging markets,” said John Murphy, senior vice-president and deputy chief financial officer. “However, there is a significant amount of uncertainty and geopolitical tension, which could result in further changes in this macro environment.

“That said, we focus on the things we can control, and the actions we’ve taken over the past few years have set us up for continued success despite shifting macros. We expect organic revenue growth to benefit from our continued focus on lifting, shifting and scaling products, such as Coca-Cola Zero Sugar and Fuze tea, as well as implementing revenue growth management activities across more markets.”