We use cookies to provide you with a better experience. By continuing to browse the site you are agreeing to our use of cookies in accordance with our Cookie Policy.
Home » Sauce innovation spotlights freshness, flavor and clean labels

KANSAS CITY — The market for sauces, dressings and marinades is exploding. Consumer desire for something different in a familiar format is driving product developers to create condiments featuring bolder flavors, but also attributes in tune with today’s consumer trends.

The consumer’s craving for something different was on display at this year’s Winter Fancy Foods Show, held Jan. 13-15 in San Francisco. Angkor Cambodian Foods, Fremont, Calif., introduced new products such as its Cambodian Raw Hot Sauce, also known as Chrouk Metae. The spicy red sauce has a fresh flavor because it is made with raw ingredients and contains no added preservatives, according to the company.

“You can taste the fresh chili in our sauce, not just the heat,” said Channy Laux, chief executive officer and founder of Angkor Cambodian Foods.

Freshness is an attribute consumers seek in new products.

Juliet Greene, corporate chef for Mizkan America, added, “Freshness helps consumers feel like a product is not over-processed. The question we have to ask is how do we keep it as fresh as possible without sacrificing safety?”

“To me, H.P.P. as a process is the gateway to what other things we can do,” she said.

Siemer Specialty Ingredients, a business unit of Siemer Milling, Teutopolis, Ill., offers heat-treated wheat flour for the processing of sauces, gravies and soups as well as other applications.

Robert Ferguson, senior account executive with Siemer Specialty Ingredients, said food safety is a benefit of the company’s process, but the end product’s clean label profile is in line with the expectations of product developers and consumers.

An added benefit is heat-treated flour’s clean flavor profile that allows applications to carry seasonings without the need for maskers, said Mr. Ferguson.

To achieve a clean label positioning, sauce, dressing and marinade manufacturers are working to remove a variety of ingredients consumers may perceive as unhealthy or in a negative light.

“Sugar reduction has been an issue,” Ms. Greene said. “People are really trying to find what they can eliminate from their diet; they are becoming more in tune, more aware.

“Many of them are reading labels in an entirely different way now. That’s why companies are trying to remove extra added sugar, extra added ingredients, but still have elevated flavor. People have an expectation that we will make food that tastes great without overly manipulating it.”

This past year Mizkan America’s retail division introduced Ragu Simply, a clean label line of pasta sauces. The sauces are formulated with tomatoes, olive oil, carrots, onions and other ingredients, and have no added sugar or colors and flavors that may be perceived as artificial. 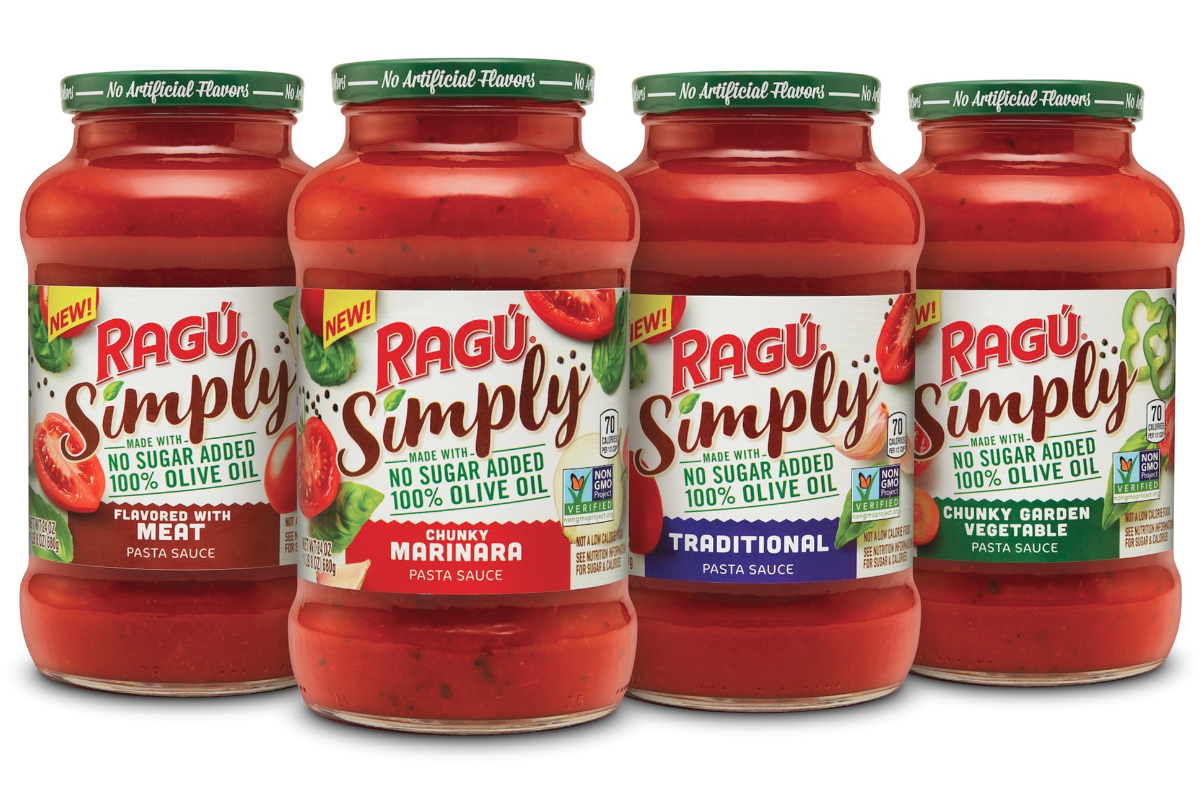 Non-G.M.O. as point of differentiation

“The number of consumers who want to avoid G.M.O.s and see this verification is large and growing quickly,” said Doug Renfro, president of Renfro Foods. “Down the road we will be offering more non-G.M.O. products.”

Terrapin Ridge Farms, Clearwater, Fla., recently added a Buffalo ranch variety to its Garnishing Squeeze line. The new variety is made with non-G.M.O. canola oil. It is the first item in the line that is non-G.M.O., but it represents where the brand is headed, according to the company.

“Non-G.M.O. is definitely on the rise,” he said. “So, what I personally believe is the conventional sauces out there — the mustards, ketchups — will be non-G.M.O. in five years or so. Organic is expensive, and people will always want to see a cheaper option.”

Morehouse Foods sells 50 types of mustards for bulk and industrial use.

“People use the mustard to make their own mustard or use it as a base for dressings, mayonnaise or barbecue sauces,” Mr. Paulus said. “It is also used in all types of marinades.”

He added that his insights about consumer interest in non-G.M.O. is informed by his interactions with customers and consumers in a variety of settings.

“It’s what comes up when I’m talking to buyers and sellers on the floor of food shows,” he said. “At least the people I talk to. Plus, it’s the people in the food industry and health industry. And it goes to all the parents I talk to at school.” 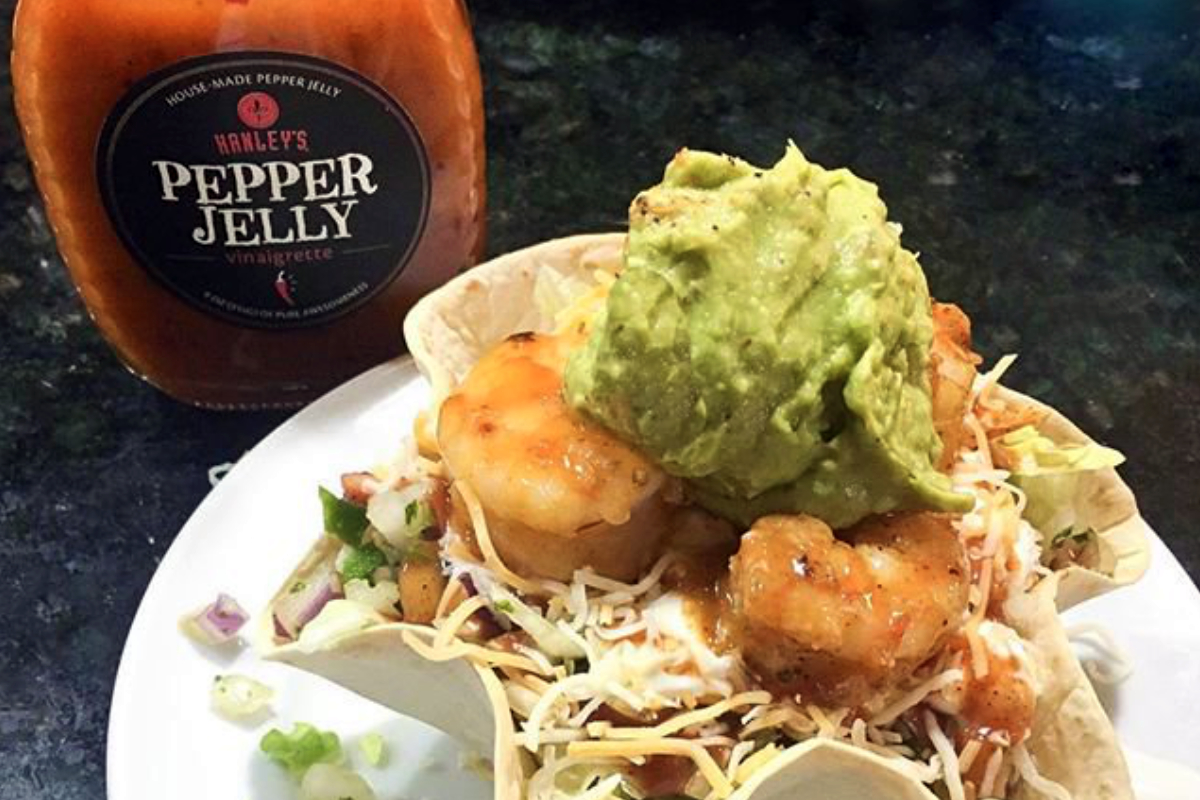 Flavor innovation remains a staple of sauces, dressings and marinade product development. Formulators are seeking new ideas to engage and stimulate the imagination of consumers.

“The idea came from our restaurant customers,” said Richard Hanley, chief executive officer. “When we compared it to other flavors and had people vote online, it was the favorite by far. We then tested it at (a) local farmer’s market, and it was a hit. This flavor profile fits our unique line of dressings we make from scratch.”

Unlike a traditional pepper jelly, the vinaigrette is more functional because it’s already broken down into a sauce with red wine vinegar and oil and may be used with more applications like a marinade, sauces, glazes, as well as a salad dressing, according to the company.

“Sweet and spicy has been trending,” Mr. Paulus said. “We are seeing people putting honey in this and honey in that and pairing it with spicy stuff. We are seeing a lot of private label, bulk marinades and dressings mixing sweet with heat.”

Ms. Greene added that consumers are attracted to the boldness of flavor.

“It doesn’t have to be an ethnic adventure,” she said. “It can be a southern barbecue sauce that reminds them of a special dish they may have had.”

But Mr. Paulus said a challenge formulators face is continually coming up with something new. 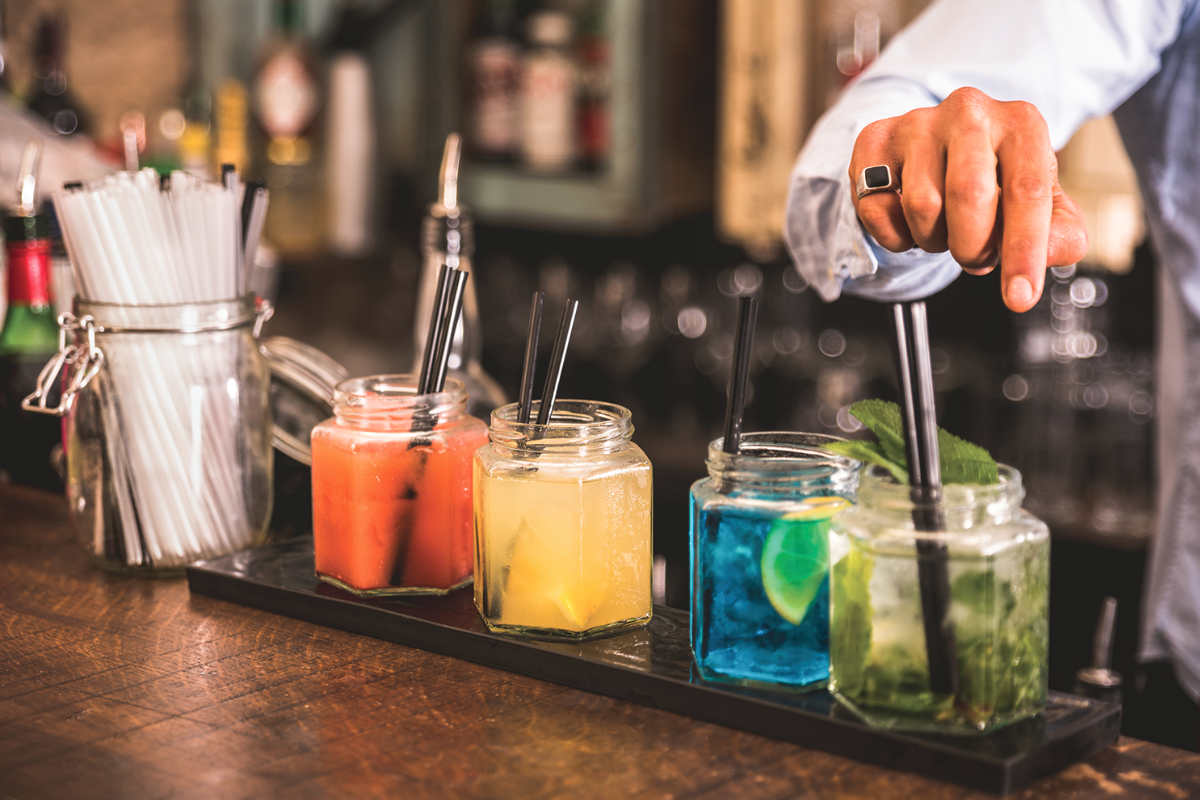 From the bar to the menu

Mixology is driving innovation in sauces, dressings and marinades.

Traditionally, innovative food and beverage ideas have tended to flow from the kitchens of fine dining restaurants to mainstream restaurant chains and retail shelves. As mixology has become more prevalent, bars have become a source of sauces, dressings and marinade innovation.

“We’re now seeing a shift,” said Juliet Greene, corporate chef with Mizkan America, Mount Prospect, Ill. “The flavors and mashups being created in bars are going into food. People are asking ‘how can we use spirits and have these menus where the bar and the menu are linked and make sense?’”

“The nature of alcohol and its solubility in both water and fats allow flavors to be carried into meats from the marinade,” she said.

Some examples Ms. Harvey provided include:“Bourbon is an adaptive ingredient for both barbecue, Southern and Southwestern sauces and marinades,” she said. “Its sweetness works well with smoky and spicy notes and may be used with a variety of sauces on smoked meats. With sweet sauces — including sauces for ice creams, custards or pies — bourbon enhances the sweetness and fruity notes.”

She said moonshine white whiskey may add a distinctive flavor to finished products, ranging from tangy and savory to sweet.

“Tequila works well with a variety of Hispanic food, including salsas, and as a natural pairing with green chile, green or red jalapeños and tomatillo-based verde salsas,” Ms. Harvey said. “It can also add unique flavor to white sauces, soups, glazes and marinades. Manufacturers can substitute tequila for rum in barbecue sauces and marinades, as tequila pairs nicely with seafood, chicken, pork and red meat.”