We use cookies to provide you with a better experience. By continuing to browse the site you are agreeing to our use of cookies in accordance with our Cookie Policy.
Home » Oatmilk, keto, C.B.D. among top trends at Expo West

The annual trade show previews natural, organic, specialty and functional product launches from more than 3,500 companies, including more than 300 first-time exhibitors. An estimated 90,000 industry professionals were expected to attend.

“A lot of people are experimenting with the keto trend, and it’s not just on the coasts of the United States — it’s actually gaining quite a bit of traction in the Midwest,” said Jenna Blumenfeld, senior food editor at New Hope Network, which produces the Natural Products Expos. 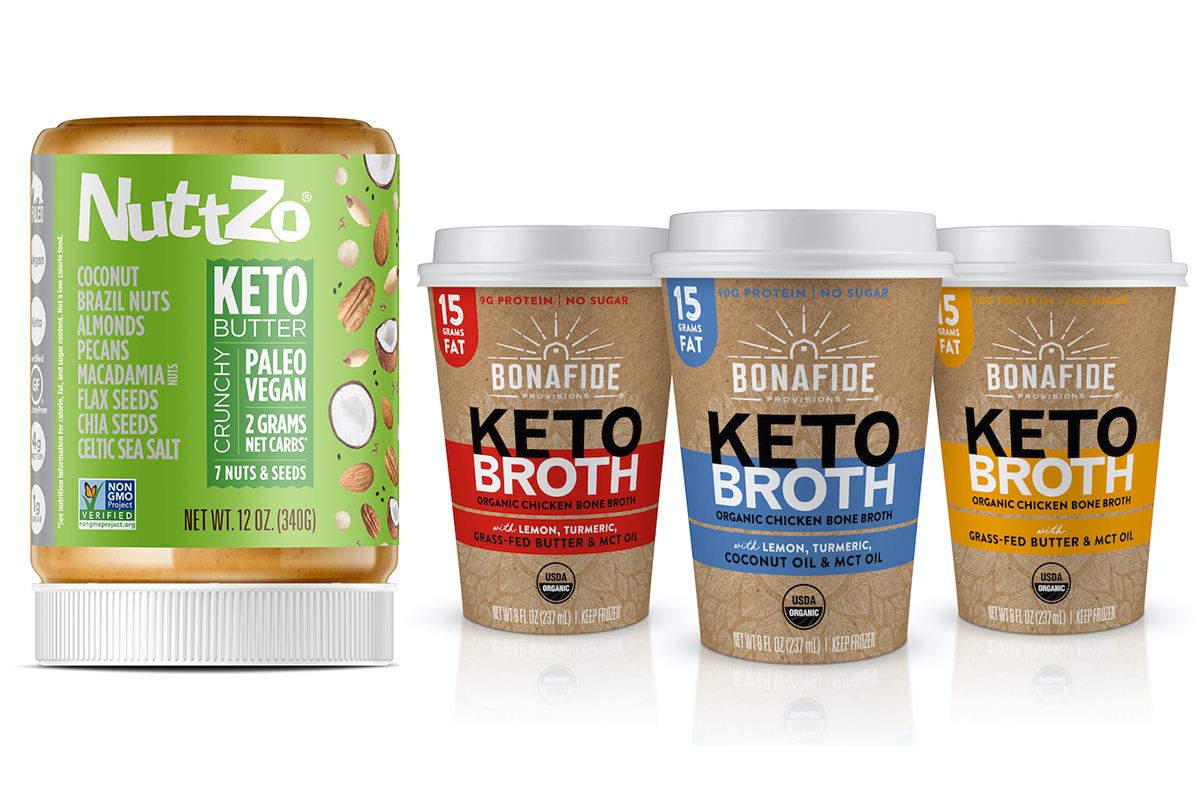 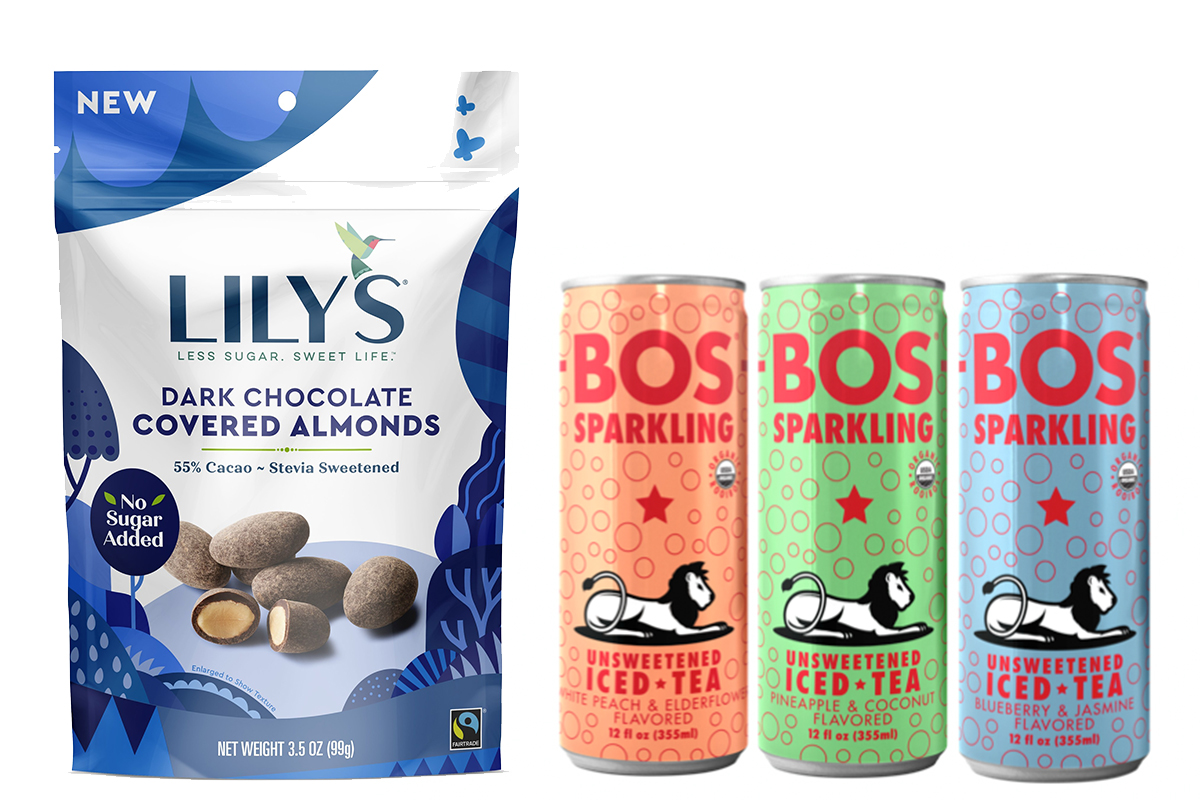 A key attribute of keto is shunning sugar, which has become a broader consumer trend fueling ingredient and product innovation. Low-calorie sweeteners such as erythritol, stevia and monk fruit are rising in sugar-free snacks, condiments and beverages.

“Companies are starting to figure out how to make products with sugar alternatives taste really good,” Ms. Blumenfeld said.

Others, she added, are skipping the sweetness altogether. BOS Brands, San Diego, is adding a line of unsweetened sparkling iced teas in three flavors: blueberry and jasmine, white peach and elderflower, and pineapple and coconut.

Another example is SZENT, a Los Angeles-based brand of bottled water that delivers a flavor experience through sense of smell. Each bottle has a patented scent ring that is infused with oils; the water itself contains no additives or sweeteners. Varieties include passionfruit, tangerine, tropical, pineapple and mint.

“When you drink water out of this bottle, you smell passionfruit, and it’s almost like the water itself is flavored or slightly sweetened, even,” Ms. Blumenfeld said.

Natural sources of sweetness from dates and honey also are generating buzz. Manuka honey, which is native to Australia and New Zealand and believed to offer antibacterial and anti-inflammatory benefits, may be seen in several new products at Expo West. 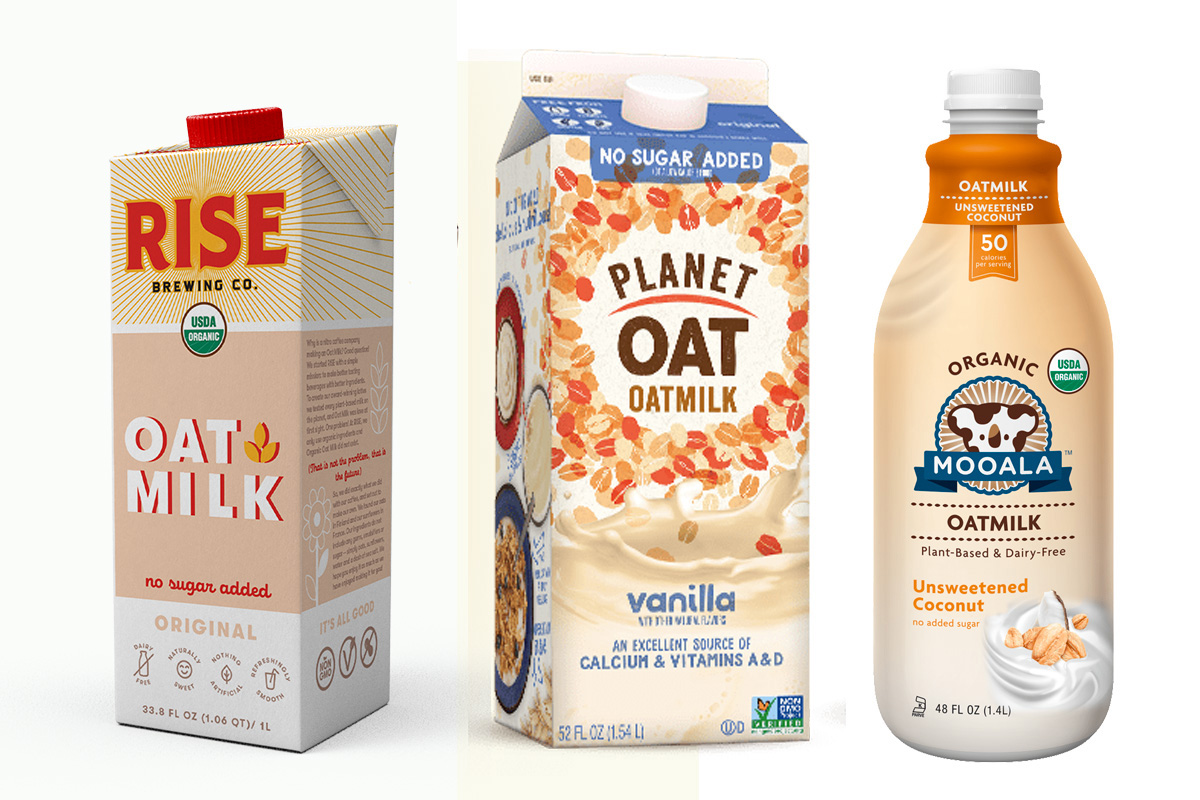 A darling of dairy-free diets, oatmilk has made a splash on social media and in coffeehouse lattes. Brands at Expo West are introducing various takes on the popular plant-based beverage, including unsweetened, organic and protein-enhanced varieties.

Elmhurst 1925, Elma, N.Y., has added Unsweetened Milked Oats to its portfolio of plant-based dairy alternatives. Mooala, Dallas, is debuting a blend of coconut and oatmilk.

“Consumers are increasingly migrating to the plant-based lifestyle to eat more mindfully, and oatmilk is quickly becoming a mainstream favorite due to its versatility,” said Jeff Richards, founder and chief executive officer of Mooala. “However, most oatmilks on the market are over-processed and full of sugary carbs.” 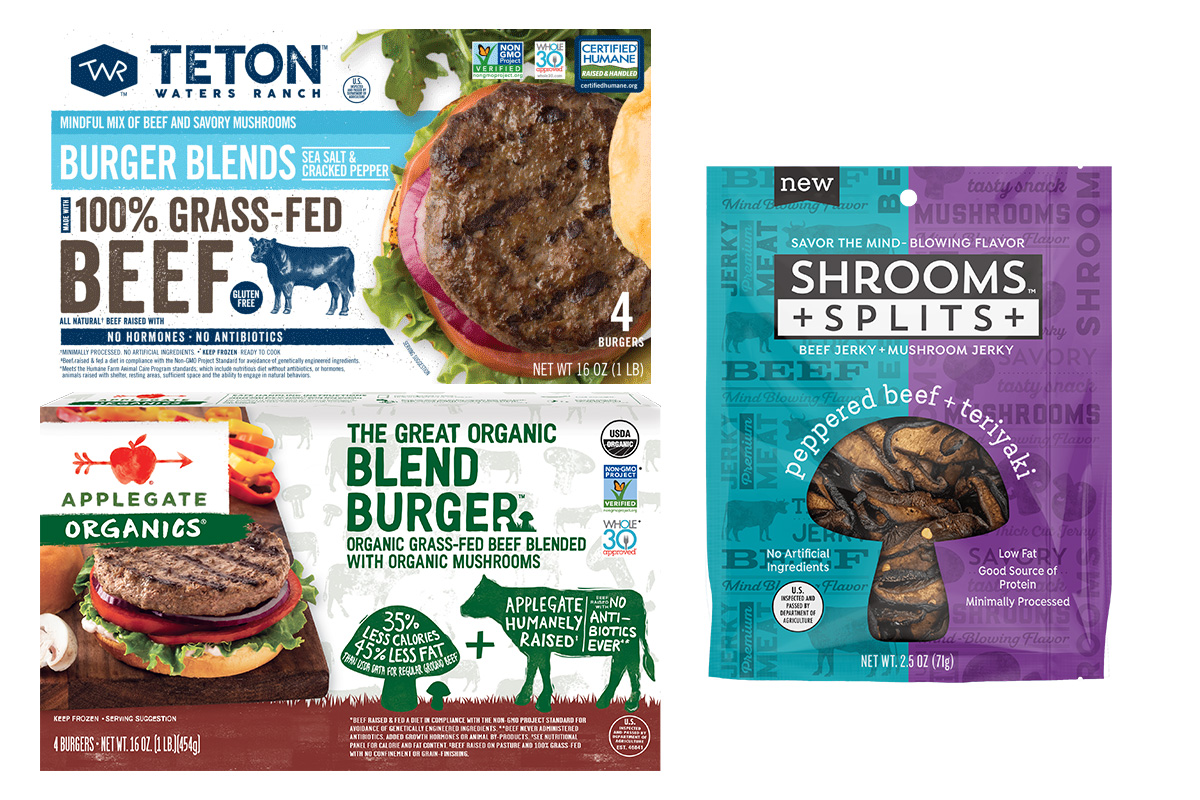 Consumer interest in plant-based eating has inspired the creation of new product categories, such as vegan jerky, made with ingredients such as bananas or mushrooms.

“Brands are creatively catering to perhaps picky children or to adventurous adults who are plant-curious and know that eating more plant-based is good for your health and for the environment,” Ms. Blumenfeld said.

Launching at Expo West from Upton’s Naturals, Chicago, is a line of Jerky Bites made with wheat seitan in flavors including tamarind pepperoni, pineapple pink peppercorn and tarragon ginger lime. Each serving provides 8 to 10 grams of protein and 90 to 100 calories with a similar texture and chew to traditional beef jerky, according to the company. No Evil Foods, Asheville, N.C., also is unveiling a line of "plant meat jerky." 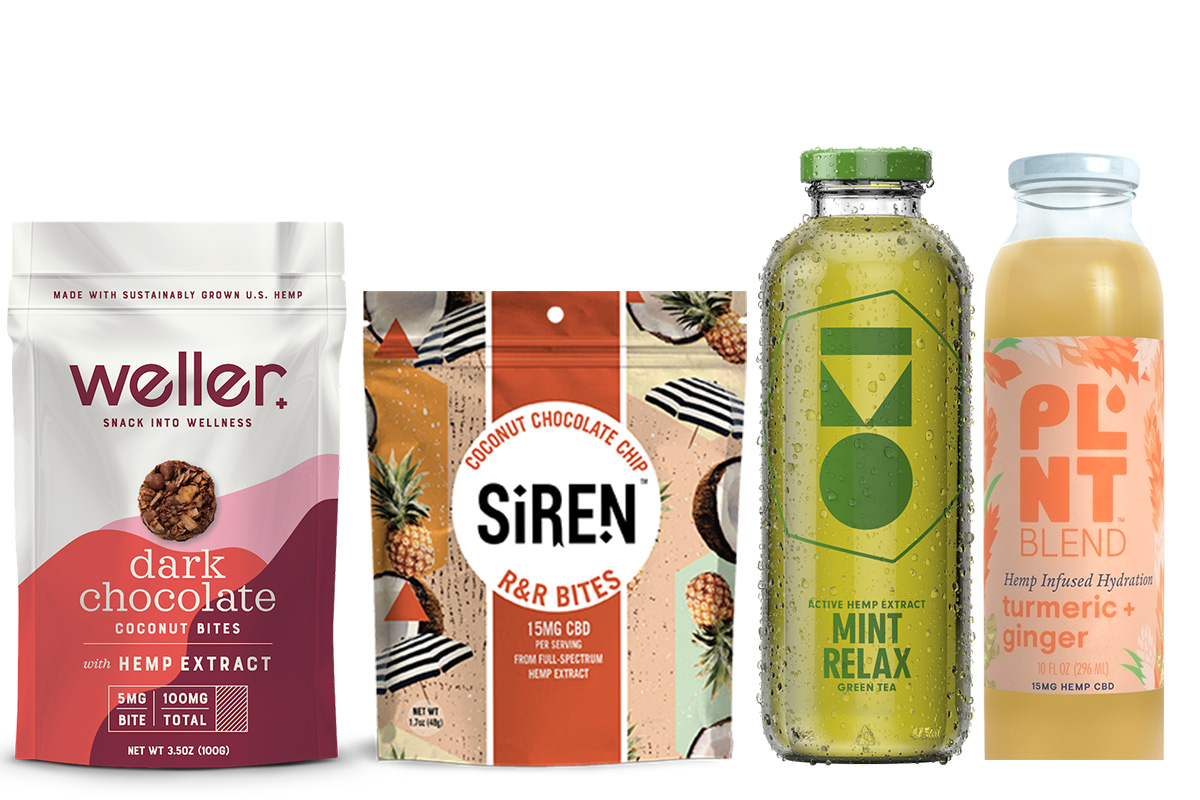 A budding trend in food and beverage formulations is the addition of cannabidiol, C.B.D. or hemp extract, which is linked to various health benefits, including pain management and anxiety reduction.

Already a force in the supplement marketplace, C.B.D. may be seen in tinctures, gummies and enhanced waters at Expo West.

Several snacks and beverages at the show boast the inclusion of this “it” ingredient.  Base Culture is unveiling a pair of C.B.D.-infused, gluten-free treats: a brownie and a blondie containing coconut oil, almond and cashew butter. Weller, Boulder, Colo., is releasing C.B.D. sparkling water in tangerine, black cherry and watermelon flavors. The beverages join a line of products that include C.B.D.-infused coconut snack bites, featuring original, dark chocolate and caramel varieties. 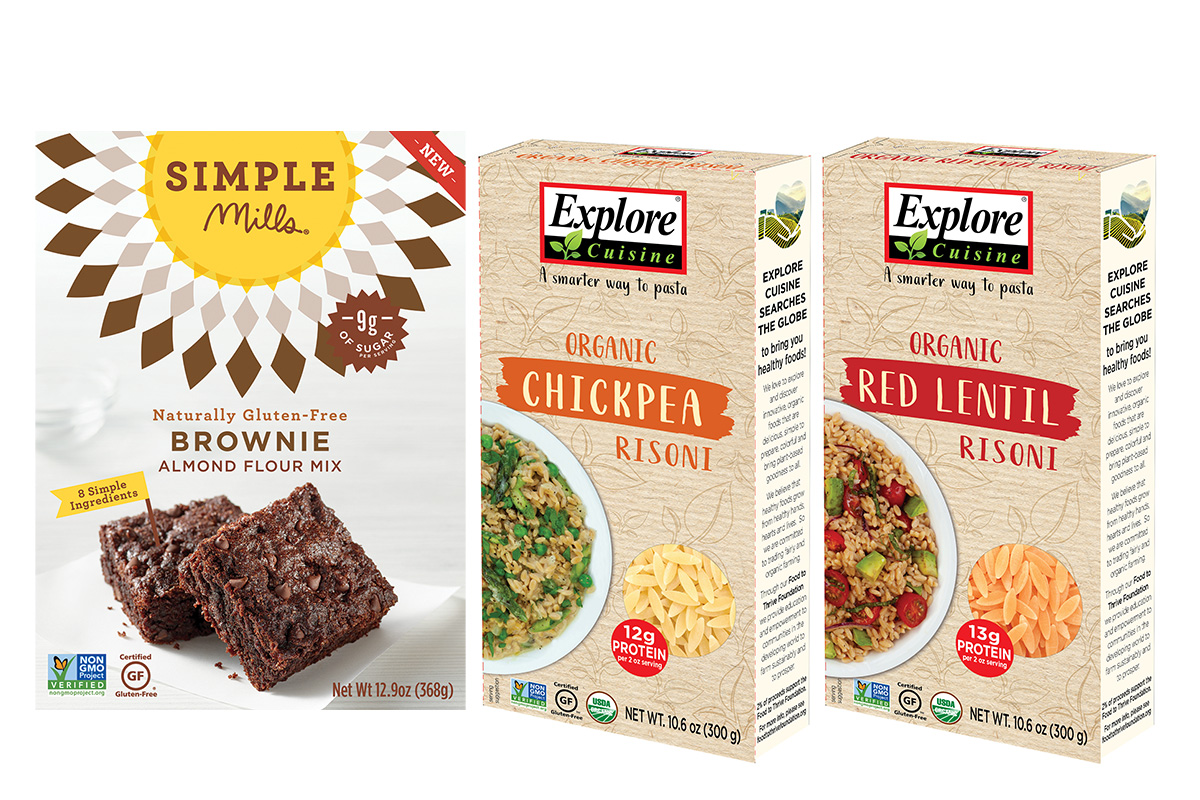 A handful of brands at Expo West set out to reinvent pantry staples such as packaged rice, brownie mix and cheesy puffs. Such products offer nutritious ingredients and a premium positioning in “stale categories,” Ms. Blumenfeld said.

“Some of these brands are stealing market share from more traditional C.P.G.s,” she added.

Rice is ripe for disruption, according to Banza, New York, which is launching a grain-free alternative made with chickpeas, red lentils and green peas. A similar product is debuting from Explore Cuisine, Red Bank, N.J., featuring organic chickpeas and organic red lentils, with 12 to 14 grams of protein per serving.

Simple Mills, Chicago, offers a better-for-you twist on boxed brownie mixes with a grain-free option featuring almond flour and organic coconut sugar. The product has 25% less sugar than leading brands, according to the company.

Snack makers use simple ingredients to elevate a lunchbox mainstay — the cheesy puff. Biena Snacks, Boston, is introducing Baked Chickpea Puffs, made from chickpeas, lentils and sunflower oil, with seven grams of plant protein and up to 40% fewer carbs than other puffed snacks per serving. Varieties include Aged White Cheddar, Vegan Ranch and Blazin’ Hot, which uses natural color sourced from vegetables and fruits instead of artificial dyes. 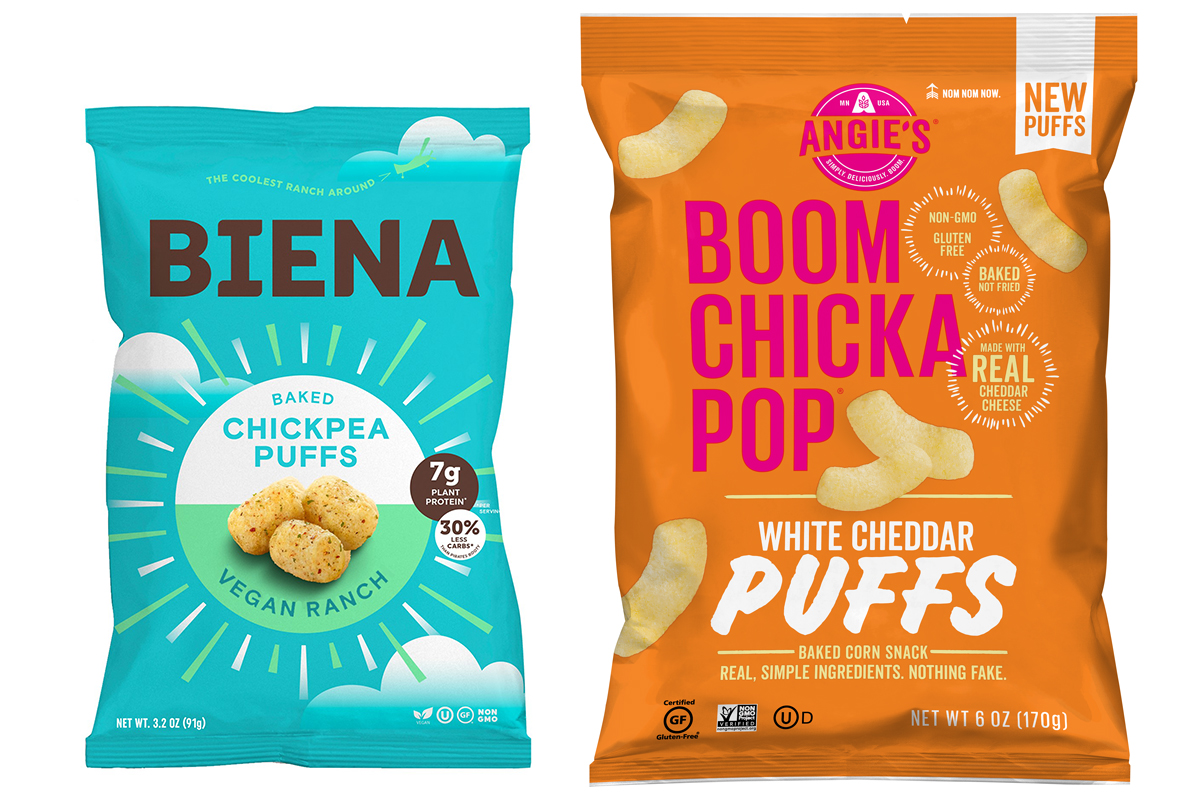 “We have reinvented the cheesy puff from the ground up,” said Poorvi Patodia, founder and chief executive officer of Biena Snacks.

“There are a lot of puffs on the market that have cleaner ingredient labels but frankly don’t taste very good,” said Burke Raine, vice-president and general manager for snacks at Conagra Brands. “Angie’s Boomchickapop puffs is a clean ingredient label product that you can feel great about eating and sharing with your kids, that also tastes great. That’s the sweet spot we were going for on that business.”