Hopes and hurdles for heirloom grains

KANSAS CITY — Dean Folkvord, founder of Wheat Montana Farms and Bakery, likens heirloom grains to wine grapes. Companies such as La Brea Bakery and Ardent Mills have worked with the grains as well. Yet drawbacks, mainly yield, are holding back more widespread commercial use of grains such as Fortuna, White Sonora and Rouge de Bordeaux.

The Uhlmann Co., Kansas City, has worked with area restaurants to incorporate specific heirloom grains into flour for menu items. Prices for the grains can reach $1 per lb, said Wesley J. Fehsenfeld, vice-president of The Uhlmann Co.

“Even though there is a bunch of people who like it and would continue to use it, the sticking point is still on how much they will pay for it versus all the traditional flours,” he said.

“We can see differences when we analyze them with sophisticated analytical instruments,” he said. “However, what we must not forget is that it takes more than the grain to deliver the end-product.

“Baking and cooking are complex chemical, biological and physical transformations. Through fermentation and heating, interaction among ingredients develops distinctive aromas and flavors. The question is: Which of the flavors and aromas are significant enough to be detected by a consumer at the time of consumption?”

“La Brea Bakery was looking to partner with a farm that cultivated ancient heirloom wheat, and together we tasted several types of grains and landed on Fortuna as it has a really powerful, unique taste that takes people by surprise with its rich flavor,” said Jonathan Davis, senior vice-president of research and development for La Brea Bakery. “Fortuna completely impacts the taste and texture of the bread in a way that is unparalleled by bread made with commodity wheat. Beyond creating a higher quality taste, the health benefits of including heirloom grains into one’s diet was another major reason we were so drawn to bringing Fortuna wheat into our portfolio.” 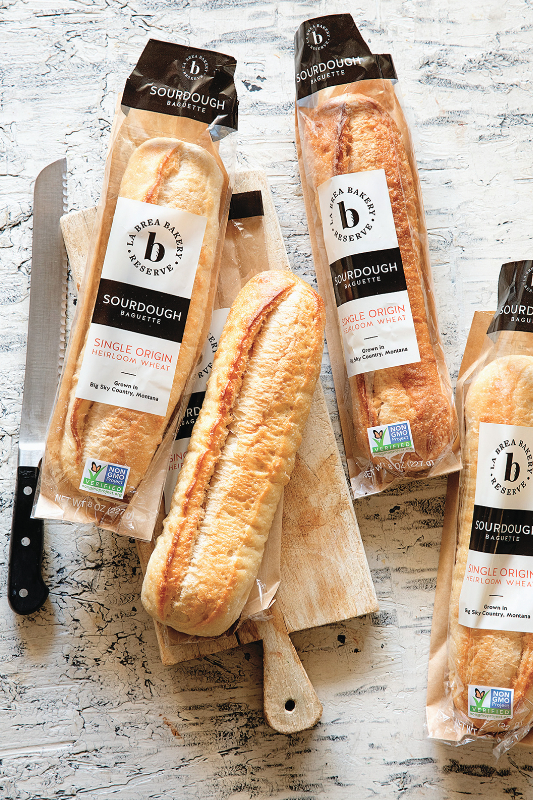 “Even though these breads are more expensive, they are still a major seller, as consumers are attracted to the trendiness of heirloom grains, their nutrition and the sustainable farming practices used to cultivate them,” he said. “While many are willing to pay a higher price point, La Brea Bakery has taken steps to increase yield by incorporating heirloom grains into products such as our Reserve Demi-Baguettes, which are smaller than a traditional baguette. The size of the demi-baguettes has addressed customer demand for better portion control and has also allowed La Brea Bakery to sell these at a more reasonable price point.”

Fortuna is an older variety of wheat that does not contain the semi dwarf characteristics of modern wheat, and it can get 5 feet tall, Mr. Folkvord said.

“It’s an older wheat variety, and it has a deep penetrating root system,” he said. “So it doesn’t qualify as a modern grain.”

Fortuna brings a rich flavor, but its yield is about 10% less than conventional wheat, he said.

Heirloom grains could take wheat out of the commodity category.

“Wheat gets bought and mixed, maybe up to 50 to 75 different varietals into the mill mix,” Mr. Folkvord said of conventional wheat. “Then the flour pretty much all tastes the same. What if the wine industry did that? We’d have red wine and white wine, but they (the wine industry) were smart, and they actually segregate the varietal and by where it’s grown.”

The wine industry markets the climatic conditions of where the grapes are grown, he said.

“And we know where the wine industry is today,” he said. “The wheat industry, however, is set up on a different scale. Everything goes into one pot, and that’s why white flour tastes pretty much the same wherever you get it.”

Wheat Montana Farms take a different approach in that it segregates wheat varieties.

“We think that there is a pretty big runway there and that there are some exciting opportunities in that regard,” Mr. Folkvord said.

Where the grain is grown influences flour qualities in heirloom grains, he said. Wheat in Montana tends to receive a lot of moisture early in the season, and then it finishes the season dry.

“It’s stressed in the finishing process in Montana because we typically don’t get any rain in July and August,” Mr. Folkvord said. “So that grain gets stressed as it finishes up. That draws the very best out of the soil.”

“The heirloom projects, while I think they have some very interesting possibilities, will need a very strong effort from the baker and their marketing department,” Mr. Folkvord said. 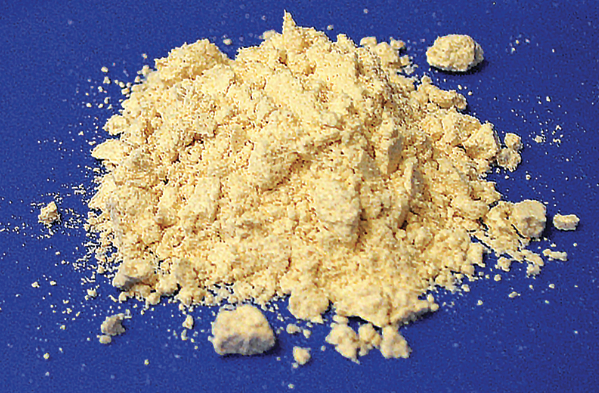 “It was a staple wheat in the U.S. during the 1700s and 1800s, and today is enjoying a rediscovery,” said Ed Reinwald, certified master baker, technical solutions analyst for Ardent Mills. “Ardent Mills’ White Sonora Wheat has buttery, delicate qualities, making it great in croissants and other kinds of flaky, buttery pastry. It’s also great for flatbreads, cheese bread, French country boules, rolls and crackers.”

The higher priced organic market could be a fit for ancient and heirloom grains, said Shrene White, general manager, The Annex by Ardent Mills. Rotation crops are another option.

“The family farms we work with today are looking for ways to diversify and add value to their farms,” she said. “Rotation crops are important for soil health and will in turn lead to improved yields. The Annex is working with farms to incorporate these grains into the rotation. Due to our milling footprint, we can work with producers across the U.S., which will bring supply assurance and consistency to our baking customers.”

“We have seen continued demand for amaranth, quinoa and chia and a resurgence in interest in sorghum and flax, specifically,” said Joni Huffman, senior vice-president of sales and marketing at Healthy Food Ingredients. “As manufacturers are looking for unique ways to utilize ancient grains, we see demand for ancient grain blends in whole grain form and also further processed into a multi-grain flour blend, for example, as a way to maximize the inclusion of various heirloom grains.”

“We are also seeing increased interest in amaranth and buckwheat,” he said. “More and more consumers are seeking foods with strong nutritional profiles, which makes heirloom grains ideal ingredients. To meet this growing demand and differentiate themselves in the marketplace, bakers are beginning to incorporate new forms of these grains into their products. For example, we are seeing amaranth puffs and flakes used as bread toppers and inclusions.” 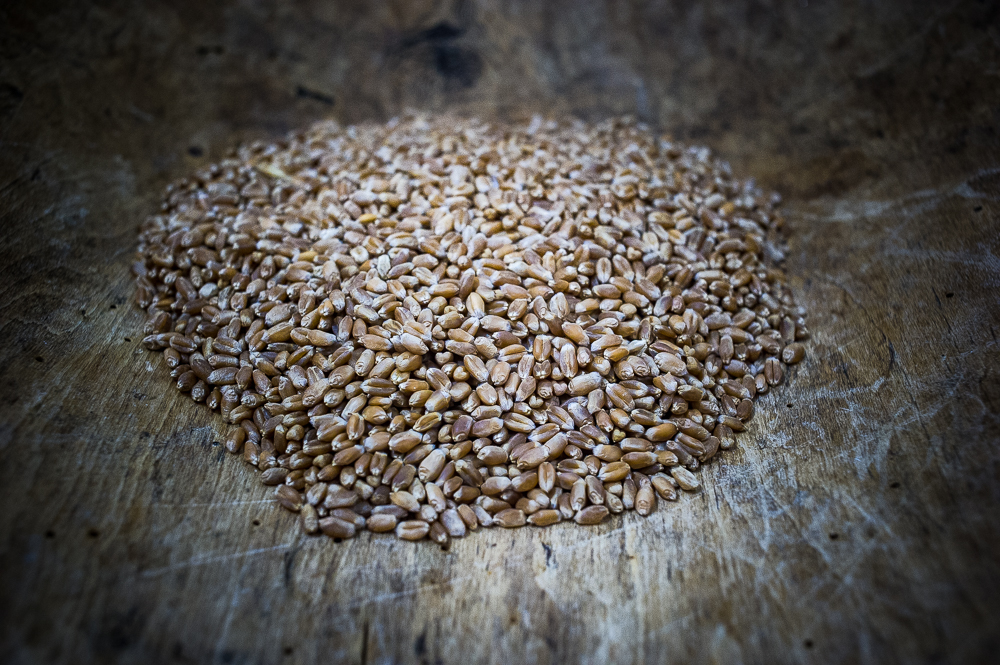 The Uhlmann Co., known for its Heckers and Ceresota flour brands, began looking into heirloom grains in 2018.

“Being a small company, we wanted to stay on the edge of specialty, try to find ways to stay relevant and stay innovative,” Mr. Fehsenfeld said.

The Uhlmann Co. worked with restaurants in Kansas City to incorporate four specific heirloom grains into their products:

Heirloom grains work best in stone-milled whole grain form, Mr. Fehsenfeld said. The diversity of their flavor profiles is in the whole grain and not just the endosperm.

The Uhlmann Co.’s heirloom grains project was “on pause” early in 2019, he said.

“It’s very interesting, and it’s niche, and everyone loves the idea,” Mr. Fehsenfeld said. “When it comes down to cost, where we’re at with it, it’s too costly on the niche end of the market to make it worthwhile. It could be a lot of effort with not so much return at this point. There’s plenty of demand. It’s just trying to figure out the economics.”