We use cookies to provide you with a better experience. By continuing to browse the site you are agreeing to our use of cookies in accordance with our Cookie Policy.
Home » Ancient grains, new wheat varieties and inulin add fiber to bread

KANSAS CITY — A survey released this year revealed how consumers are confused about whether food items, including bread, affect their digestion positively or negatively. Adding and promoting fiber in bread could help clear up that confusion. Ancient grains, whole grains, inulin and barley all bring fiber to bread formulations, and newer wheat varieties are emerging that have higher levels of resistant starch, a form of fiber that aids in digestion.

New Nutrition Business surveyed 3,000 people from the United Kingdom, Australia, Spain, Brazil and the United States to rank food items as good or bad for their gut health. Survey results released in January showed 24% of respondents said bread was good for digestive health, but 39% said bread was bad for digestive health. The same question about whole grains found 61% saying they were good for digestion and 4.5% saying they were bad.

The bran adds bulk to the digestive system and helps move food through bodies at a regulated pace, which benefits colon health as well as providing digestive comfort, she said.

“Another great option for developers who want to add fiber is to look at multigrain blends to achieve nutritional targets,” he said. “At our Arlington, (Ore.), mix and blend plant we offer customized solutions to do just this, all while using a gentle mixing process that maintains piece integrity. The great thing about it is that we can leverage our blending capabilities together with our unique portfolio of whole grain to offer truly differentiated, one-of-a-kind solutions.” 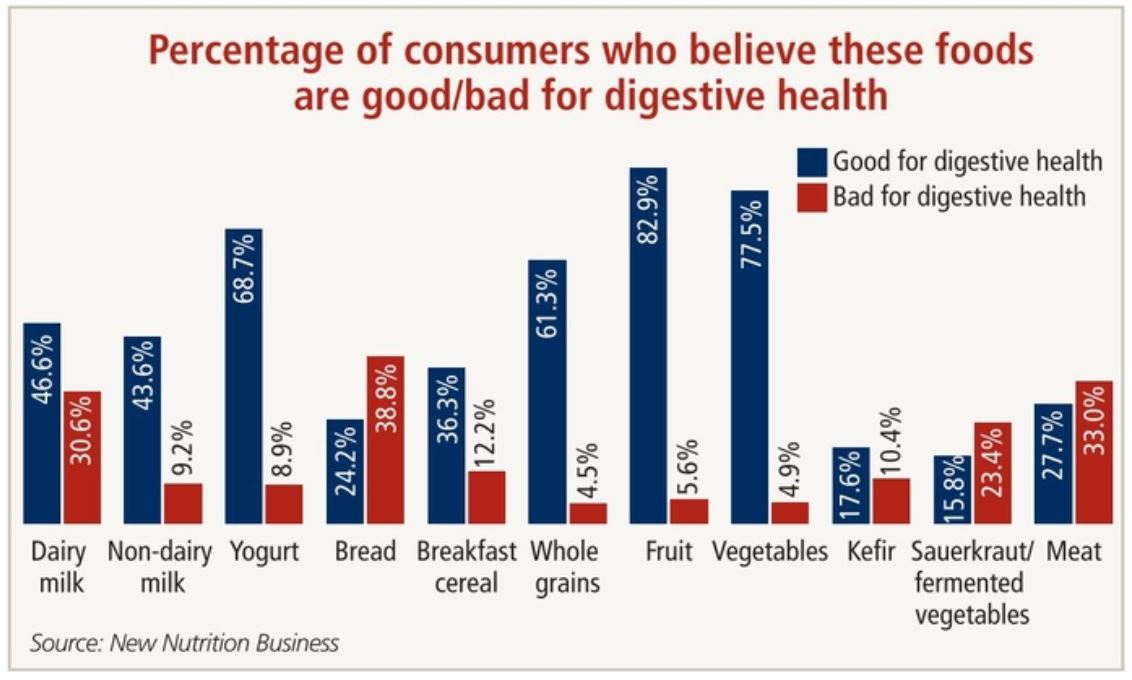 Heirloom wheat varieties, which come from grains that have not changed in the decades or centuries since their origins, also add fiber.

“We work with many artisan bakers who are interested in heirloom varieties of wheat like spelt, White Sonora and Turkey Red because of the belief that they are better for digestion,” Mr. Trouba said. “Whether it’s due to longer fermentation breads, the grains themselves or some combination thereof, the bakers we work with see anecdotal evidence that their customers can better tolerate these grains. While the science to validate these claims has yet to be done, it hasn’t stopped artisans from using ancient and heirloom grains to appeal to modern consumers.”

More research could be done on the possible health benefits of ancient grains, including their fiber content, said Julie Miller Jones, Ph.D., professor of nutrition at St. Catherine University in St. Paul, Minn., and a member of the scientific advisory board for the Grain Foods Foundation.

“Maybe we’ll find that the fiber in quinoa has some properties like the beta-glucan from oats and barley,” Dr. Jones said. “Those are the kinds of things that would be fun to find out. At this point, we don’t necessarily know what those are.”

Barley has been called an ancient grain. The Annex by Ardent Mills offers a proprietary, identity-preserved, hull-less barley called Sustagrain.

“Dietary fiber makes up more than 50% of the carbohydrates in this high-fiber barley, and 40% of that is in the form of cholesterol-lowering soluble beta-glucan fiber,” Mr. Trouba said. “We currently offer it in flour and flakes, making it an ideal ingredient for use in doughs or as a topical.”

Several companies are working on ways to increase the amount of fiber in wheat varieties.

“For those who don’t care for whole grain foods, or have different digestive health needs, an innovative new flour from high-amylose wheat is available, called HealthSense,” Ms. Zammer said. “Amylose is one of the types of starch found in wheat kernels. It has a linear structure that compacts very tightly when found at high levels, making it resistant to digestion and acting as dietary fiber.

“Because it resists digestion, it does not release sugars that may elevate blood glucose and travels intact to the lower intestine where it feeds our gut bacteria, or microbiome, and produces healthy metabolites from fermentation. This action can result in improved nutrient absorption, anti-inflammatory effects and immune support benefits.”

Bay State Milling has partnered with Jill Weisenberger, a registered dietitian and nutritionist, to promote the benefits of HealthSense and resistant starch through a campaign consisting of blogs, videos and social media posts. U.S. News & World Report ranked Ms. Weisenberger as one of the top 10 dietitians to follow on social media.

“Her reputation in the dietitian community will further develop HealthSense product awareness among health care professionals,” Ms. Zammer said. “This collaboration is not only an opportunity for Bay State Milling but also for our co-branding food manufacturers.”

Arcadia Biosciences, Inc., Davis, Calif., includes a high-fiber wheat variety that contains up to 94% amylose in its GoodWheat varieties.

Calyxt, Minneapolis, is working on a high-fiber wheat variety that is on track for commercialization as early as 2020 or 2021. Primary applications would include any ones where hard wheat varieties are used.

“We successfully transitioned high-fiber wheat to phase 2 and completed our field trial harvest for the world’s first gene-edited, consumer-focused wheat product,” said James A. Blome, chief executive officer of Calyxt, in a Nov. 14, 2018, earnings call. “We had already proven the increased fiber concept when our greenhouse grown trials demonstrated three times the fiber of commodity (white) wheat flour. In the coming months, we will be testing to confirm our field-growing trials, replicate this three-times-fiber results seen in our greenhouses.

“Additionally, we will test the field-grown-derived wheat flour in further studies to characterize the food applications desired by the food industry.” 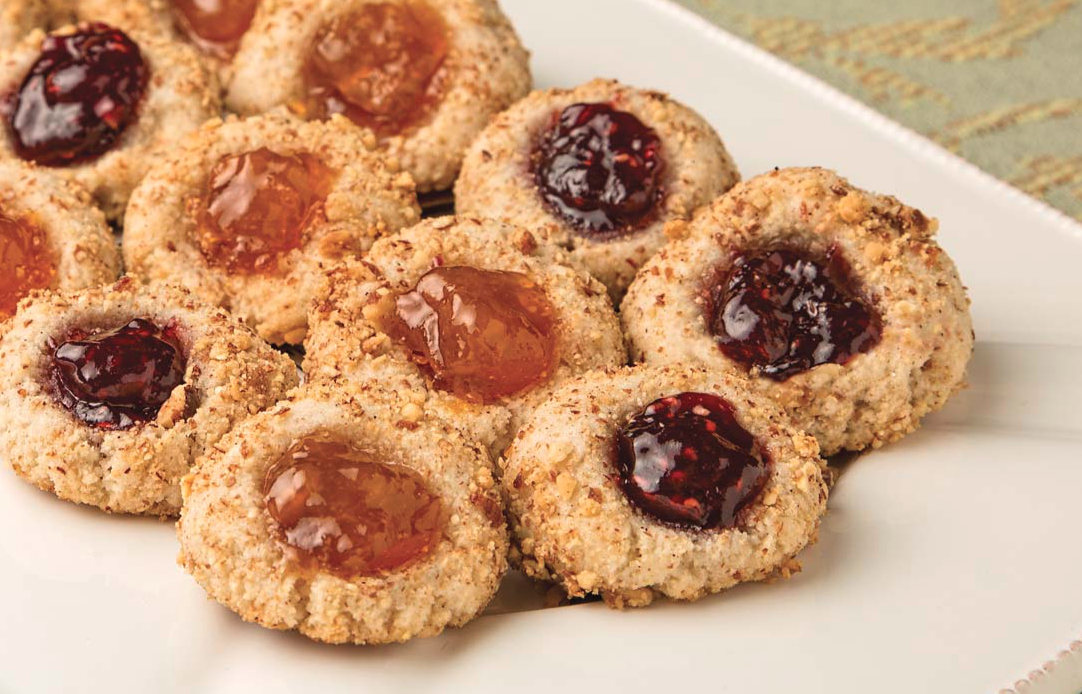 Almonds, whether in flour or other forms, also could add fiber to bread. Almonds contain four grams of fiber per oz and are ranked as a good source of fiber by the U.S. Department of Agriculture, said Jeff Smith, director of marketing, Blue Diamond Almonds Global Ingredients Division, Sacramento, Calif.

“Therefore, almonds can contribute to higher fiber content in bread, bakery and snack formulations, whether that’s almond flour or other forms such as sliced, diced, slivered or split almonds used as a dough inclusion or as a topping,” he said.

He added people are turning to the low-FODMAP diet to combat digestive problems.

“The term FODMAP is an acronym created from the names of different types of fermentable carbohydrates, which are found naturally in many foods such as bread,” Mr. Smith said. “According to the Almond Board of California, almonds are a low-FODMAP food, which makes them appropriate for sensitive diets.”

“Inulin can very easily be used in bread to increase the fiber benefits and to add digestive benefits,” he said. “In bread, long chain inulin like Orafti HPX must be used to avoid fiber loss due to the yeast. The yeast fermentation process needs sugar and can break down inulin into its sugar components glucose and fructose. The long chain inulin resists breakdown longer, so it may be used in bread. Once the bread is baked, it is stable and provides fiber and digestive health benefits.”

Companies need to add at least 2.8 grams of fiber per serving to a product to make a fiber claim, said Carl Volz, president of Sensus America, Inc., Lawrenceville, N.J.

“Chicory root fiber inulin is very easy to use to increase fiber in bread and to give additional digestive health benefits like prebiotics,” he said.

“To enrich bread with fiber, we often suggest Oliggo-Fiber Instant,” said Nicole Durch, senior technical service specialist for convenience and snack foods for Cargill. “Product developers simply add the required amount to achieve the desired fiber content on top of the existing formula. Good results have been seen in bread with as high as 6 grams of fiber per 100 grams of finished product.” 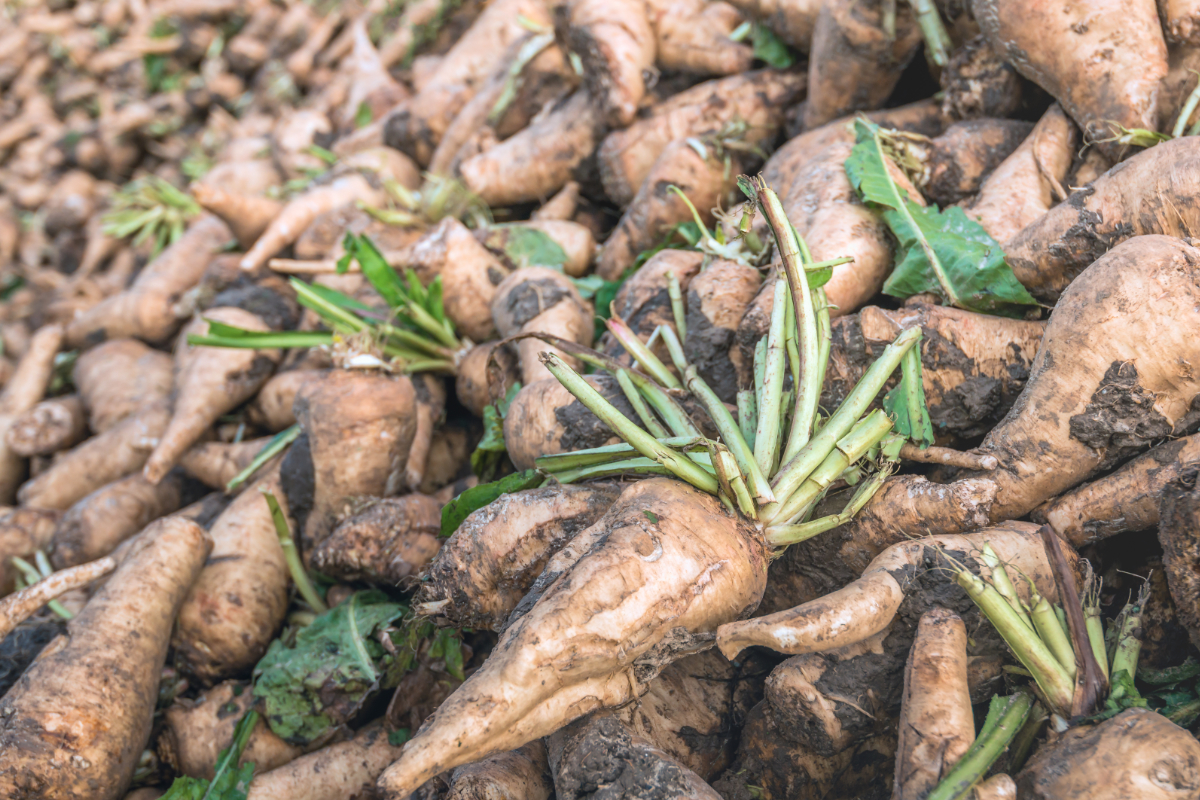 Inulin may reduce sugar, fat and calories since it has half the calories of sucrose, Mr. Krause said.

Chicory root fiber may replace sugar at a one-to-one rate, he said.

“Powders and liquid syrups are available,” he said. “Adding chicory root fiber inulin to baked goods is easy to make a good source of fiber claim — three grams of fiber per serving.”

Ms. Durch said native and shorter chain chicory root fiber ingredients have excellent heat stability, brown like sugar and have a residual sweetness. Cargill recommends Oliggo-Fiber L90, a liquid chicory root fiber, for use as a binder in bars and clusters and Oliggo-Fiber S30 to replace sugar in cookies and cakes.