"Dressing up empty- calorie products by emphasizing a singular nutrient, like protein or fiber, versus the overall quality of the food is unfair to consumers," said Daniel Lubetzky, founder and chief executive officer of New York-based Kind Healthy Snacks. “By bringing greater rigor to the use of nutrient claims, F.D.A. can increase label transparency and help people better identify foods that contribute to a healthy diet, which Kind has long advocated for."

The petition, which may be found here, asks the F.D.A. to allow nutrient content claims only on items that contain a meaningful amount of a health-promoting food such as vegetables, whole fruits, whole grains, legumes and nuts. The petition said the F.D.A. could define “meaningful amount” in a way that requires food with a nutrient content claim to contain at least 51% of ingredients by weight to be sourced from a health-promoting food.

The petition also requests adjusting current disclosures as well as adding a disqualification threshold that would ban unhealthful products from having nutrient content claims.

The F.D.A. currently requires disclosure levels in products with nutrient content claims if they contain specific levels of fat, saturated fat, cholesterol or sodium. More on the current regulations may be found here.

The U.S. Congress first allowed the use of nutrient content claims in food labeling in 1990. 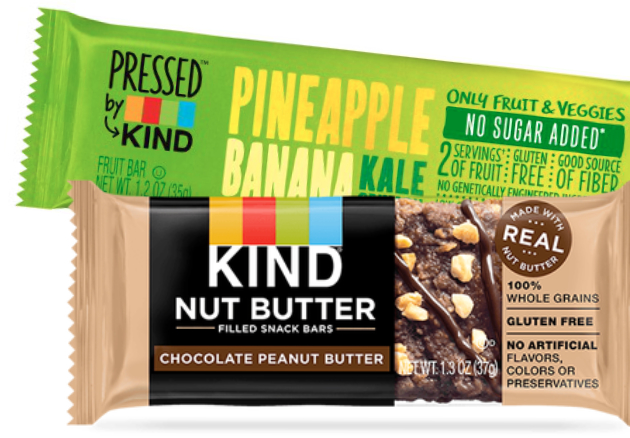 “This regulatory framework is now significantly outdated as a result of scientific progress in the nutrition space because it does not reflect key principles of today’s evidence-based dietary guidance,” the petition said.

Ten leaders in the public health field co-signed the petition. They included David L. Katz, M.D., founding director of the Yale University Prevention Research Center; David J.A. Jenkins, M.D., Ph.D., of the University of Toronto; Connie Diekman, a registered dietitian and former president of the Academy of Nutrition and Dietetics; and Sara Baer-Sinnott, president of Oldways.