We use cookies to provide you with a better experience. By continuing to browse the site you are agreeing to our use of cookies in accordance with our Cookie Policy.
Skip To Content
Home » Maple Leaf to build $310 million plant-based protein plant

MISSISSAUGA, ONT. — Maple Leaf Foods Inc. and its wholly owned subsidiary Greenleaf Foods, SPC have unveiled plans to build a $310 million plant-based protein food processing facility in Shelbyville, Ind. Once constructed, the 230,000-square-foot facility will be the largest facility and investment of its kind in North America, Maple Leaf said. It is expected to double the company’s current production capacity.

The Shelbyville facility will make tempeh, franks, sausages and raw foods. The Lightlife Plant-Based Burger, which was introduced earlier this year and was described by Maple Leaf as the “most significant innovation launch” in its 40-year history, also will be produced at the plant. The Lightlife Plant-Based Burger is made from pea protein, coconut oil and beet powder and has a juicy, beefy texture, according to the company.

“With Lightlife and Field Roast, we own the leading brands in the North American refrigerated plant-based protein market,” said Michael H. McCain, president and chief executive officer. “This investment will secure our ongoing leadership in this rapidly expanding market. By establishing a large-scale North American network, we will continue to meet rapidly growing demand for delicious protein alternatives and create a center of excellence for innovation. It will escalate the financial contribution of this business and advance Maple Leaf’s vision to be the most sustainable protein company on earth.”

In an April 8 conference call with financial analysts, Mr. McCain said the company’s current plant-based products manufacturing plants in Turners Falls, Mass., and Seattle are expected to reach capacity in 2020.

“The market and our business have reached a point that requires scale-efficient production, which will solidify our leadership and deliver attractive returns to shareholders,” he said. “Plant-based proteins are currently estimated to be a $1 billion U.S. market in North America. The refrigerated segment where we have the leading brands and shares represents approximately 24% of this. This segment has surged since we entered the space, outpacing the broad category and delivering approximately 40% growth rates last year. We fully expect this is where the majority of growth will reside in the future.”

Maple Leaf said the new facility will be supported by approximately $50 million in government and utility grants and incentives, including $9.6 million toward capital and one-time start-up costs, and 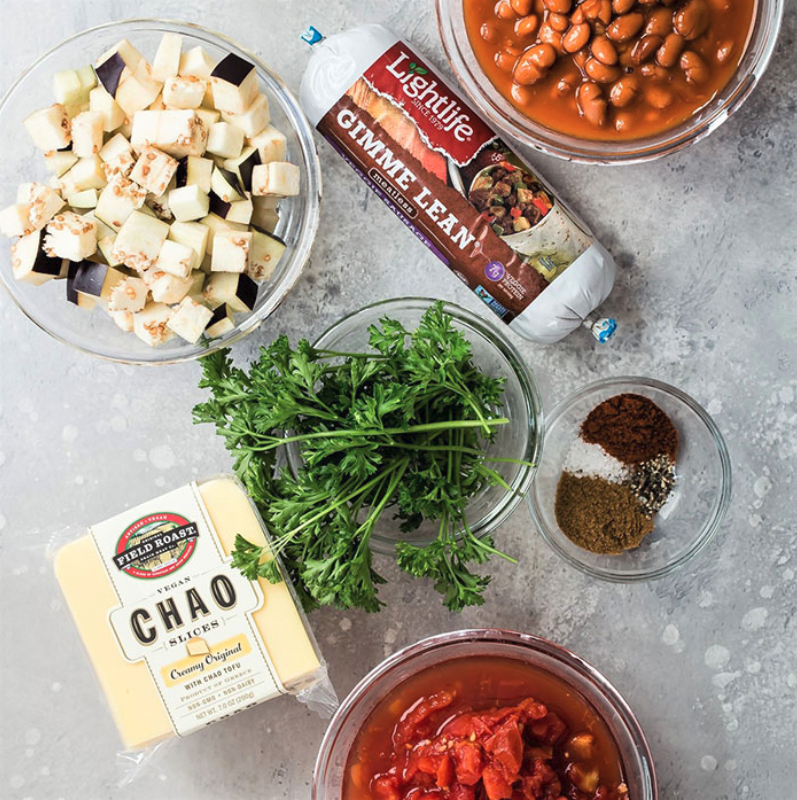 approximately $40 million in 10-year operational support. The company said it expects to incur one-time start-up costs of $34 million. The investment will be funded through a combination of cash flow from operations and debt, Maple Leaf said.

Construction on the Shelbyville plant is expected to begin later this spring, with production start-up anticipated in the fourth quarter of 2020. In addition to the new plant, Maple Leaf said it is investing approximately $26 million to keep pace with ongoing growth in demand at its existing facilities.

Based in Chicago, Greenleaf Foods is led by Dan Curtin, who has been with Maple Leaf Foods for more than 10 years. He was most recently president of Field Roast Grain Meat Co. and Lightlife Foods for Maple Leaf.

“We have established leading brands that are known for delicious, high-quality products, and we are excited to build on and invest in that expertise to drive innovation and accelerate our growth,” Mr. Curtin said. “Leadership in the fast-growing plant-based protein market is fundamental to pursuing Maple Leaf Foods’ broader vision to be the most sustainable protein company on earth.”