Such formulation fusions “have given the otherwise mature beverage industry the buoyancy necessary to stay afloat and thrive,” Packaged Facts said.

Beverage mashups are making waves in the segment, as they take the most-liked attributes of products in different categories to create new drinking experiences. Packaged Facts has identified three beverage mashup trends that the company sees spurring future growth in the beverage industry. 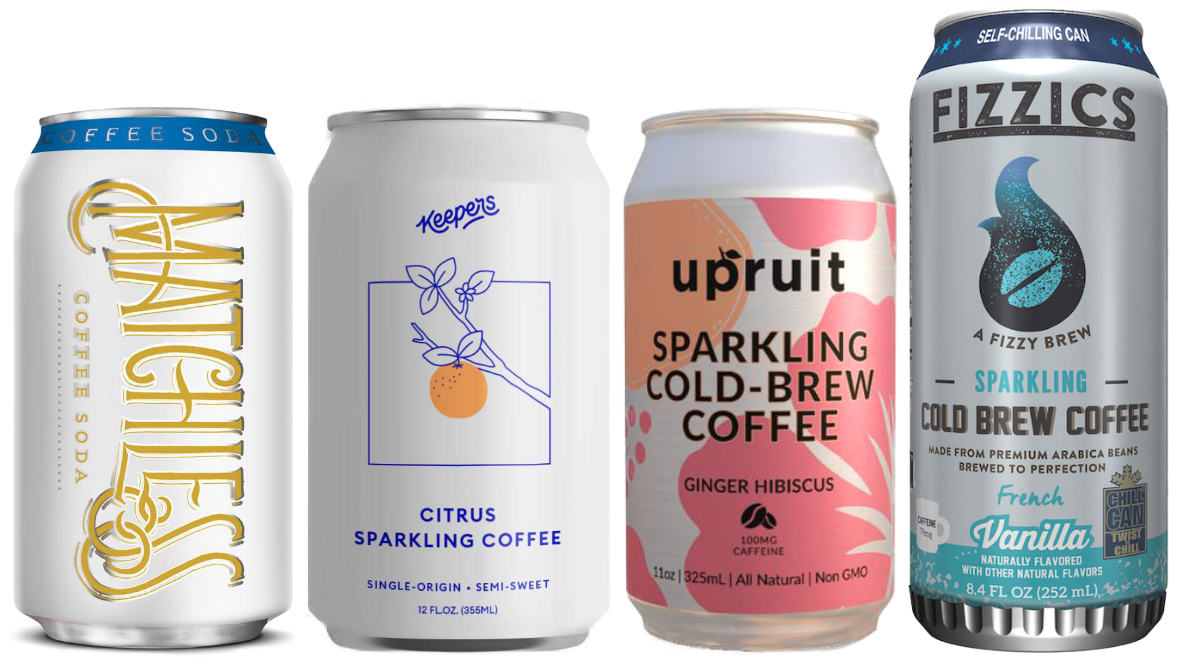 As more consumers crave the indulgence and flavor of coffee while also thirsting for the effervescence of a carbonated beverage, coffee is increasingly being combined with sparkling beverages, energy drinks and juices.

“The carbonated soft drink or soda category is challenged, but many consumers moving away from soda still want flavored drinks that have bubbles,” said David Sprinkle, research director for Packaged Facts. “They also want healthier, more natural versions with less or no sugar. One of these soda alternatives is ready-to-drink coffee, which has seen a spate of sparkling versions on store shelves. Even more interesting is when we see coffee and sodas converge into an amalgamation that satisfies multiple tastes with a single beverage.”

In the convenience store segment, 7-Eleven has launched Fizzics Sparkling Cold-Brew Coffee. The product is packaged in self-chilling cans that cool the coffee when the consumer turns the can upside down and twists the base. The beverages are available in coffee, caramel and french vanilla flavors. 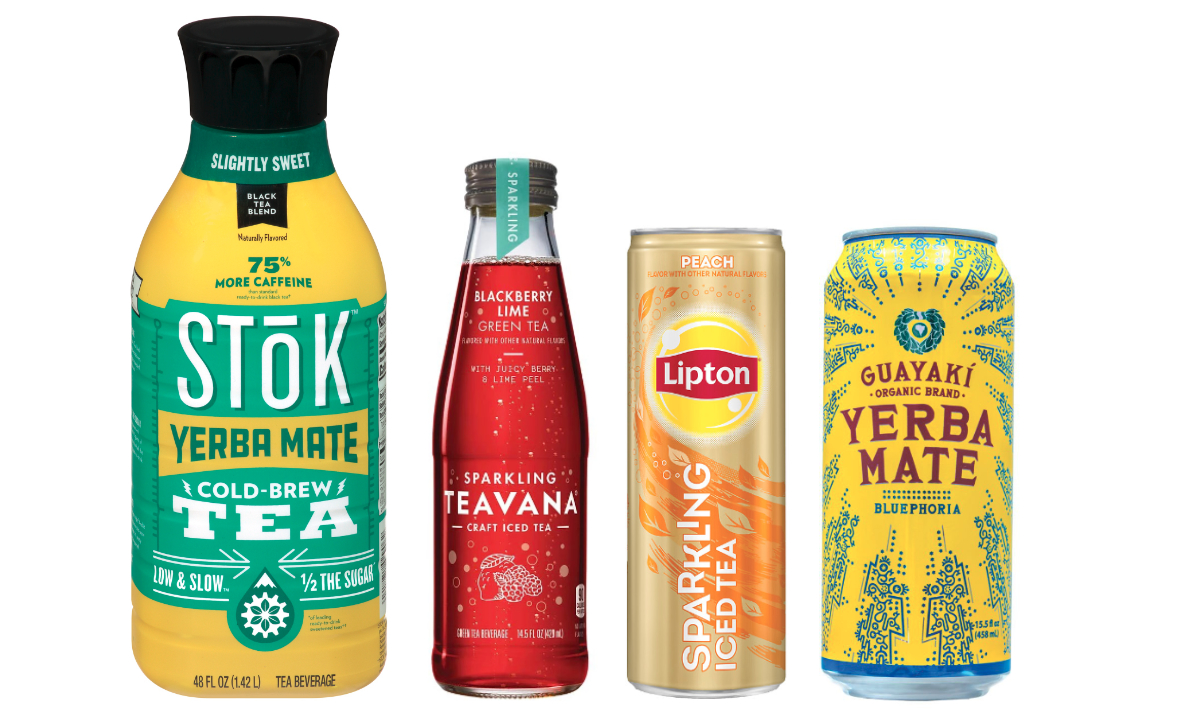 Similar to coffee, tea also is being incorporated into sparkling beverages, energy drinks and juices. These brew blends impart tea’s health benefits into beverages with energy ingredients, carbonation and flavors that may have a wider appeal to younger adults, Packaged Facts said. 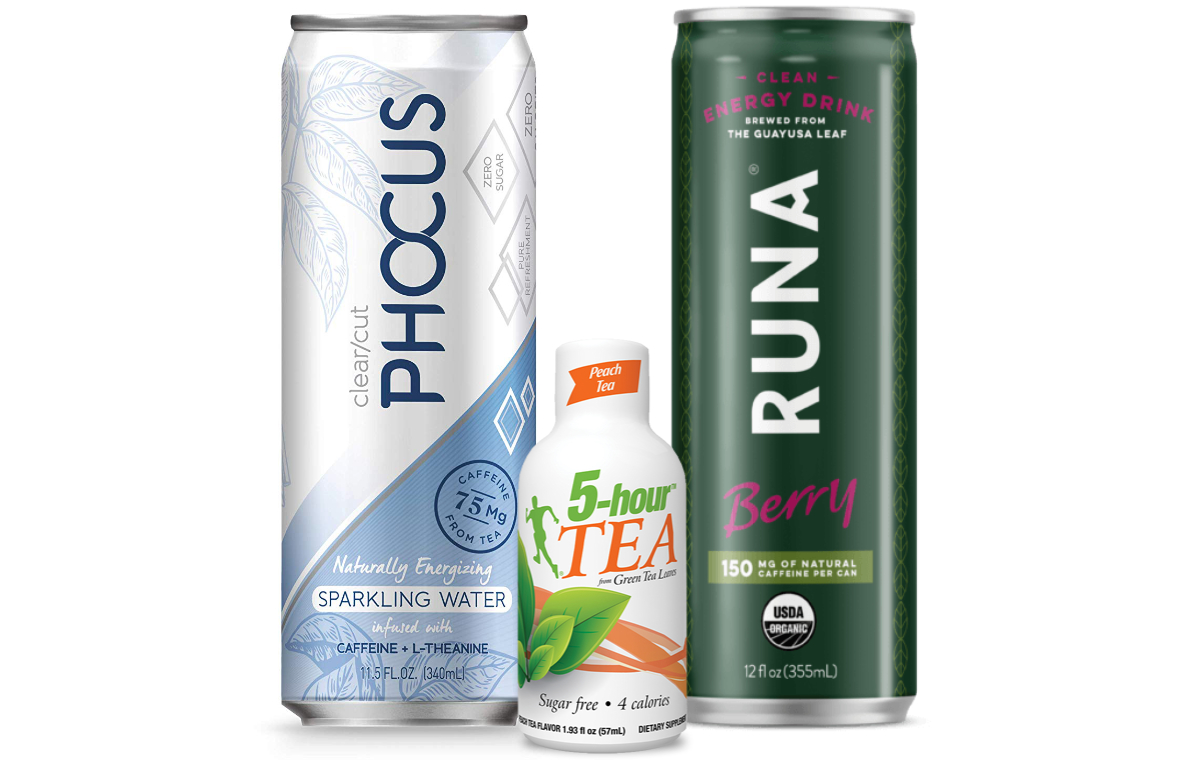 Energy and sports drinks formulated with more natural caffeine sources also are on the rise.

“Coffee and tea are naturally energizing,” Packaged Facts said. “And indeed, most Americans would consider these beverages their original energy drink. After all, they share the most ubiquitous energy ingredient — caffeine — with today’s most popular energy drinks. Even everyday cola and its caffeine are used by many consumers as energy drinks. More recently, entrepreneurs have launched coffee- and tea-based beverages that more clearly play upon their energy functionality.”

Energy drink brand Runa derives what it calls its “clean energy” from the guayusa leaf, found in the Amazon rainforest. The company has built its own vertical supply chain of the leaf.

In the energy shot category, 5-Hour Energy has introduced 5-Hour Tea Shots that offer caffeine from green tea leaves. The product was designed to appeal to more health-conscious users, the company said.

Phocus sparkling waters contain 75 milligrams of caffeine from green tea in each can. The waters also contain L-theanine, an amino acid said by the company to provide a “smoother energy lift.” Phocus promotes “clean energy,” which is trending, Packaged Facts said, and sets itself apart from traditional energy drinks by claiming the boost of caffeine, “without the crash.”