We use cookies to provide you with a better experience. By continuing to browse the site you are agreeing to our use of cookies in accordance with our Cookie Policy.
Home » Conagra Brands contemporizing grocery portfolio

CHICAGO — The center store still plays a starring role in home kitchens, said Thomas M. McGough, co-chief operating officer and executive vice-president of Conagra Brands, Inc. Nearly 70% of all main meals are made with center-of-the-store ingredients, according to The NPD Group.

While large categories including canned soups and ready-to-eat cereal have declined, others such as spices and seasonings and pickles and olives are growing by mid-single-digits or more. Others, still, including nut butters and fresh bread and rolls, remain stable.

“Millennials are not going to the center of the store looking for chicken noodle soup,” Mr. McGough said. “They’re looking for sriracha.”

Center-store products are viewed as convenient and more affordable than other food options — particularly among time-starved and financially constrained millennials, he added.

“And millennials have grown up exploring global cuisines,” he said. “And what we see … is that people are returning to the center of the store for the seasonings, spices, sauces and condiments to make those meals at home. And millennials are making those meals at home by assembling components. And by far, people are assembling components, and most meals are made with center-of-the-store ingredients.”

Conagra Brands has a $4 billion center-store portfolio that includes businesses such as Chef Boyardee, Hunt’s, Pam, Peter Pan and Mrs. Butterworth’s. The company has seen success updating many of its frozen and snack brands and is now turning its attention to pantry staples such as condiments, sauces, meals and sides.

Debuting from Rotel is a range of hot sauces with ingredients such as roasted green hatch chiles and cilantro.

The Manwich brand is getting a modern makeover with improved recipes and graphics. The sloppy joe sauce will feature contemporary flavors such as bourbon barbecue sauce, Mr. McGough said.

In shelf-stable meals and sides, the company has identified “modern health” as an area of growth. Under that heading, the company has homed in on breakfast on the go and carb replacements. New from Chef Boyardee is Veggie Made Pasta, which has rotini noodles made with zucchini and lentils in a cheese sauce.

Also debuting are Healthy Choice Power Cups in flavors such as buttermilk maple pancake and strawberry pancake. Mr. McGough described traditional breakfast options in the center of the store, typically made with oats and other grains, as “carb bombs.”

“Our new Healthy Choice Power Cups are made with almond flour,” he said. “They’re low in carbs, high in protein and grain-free.” 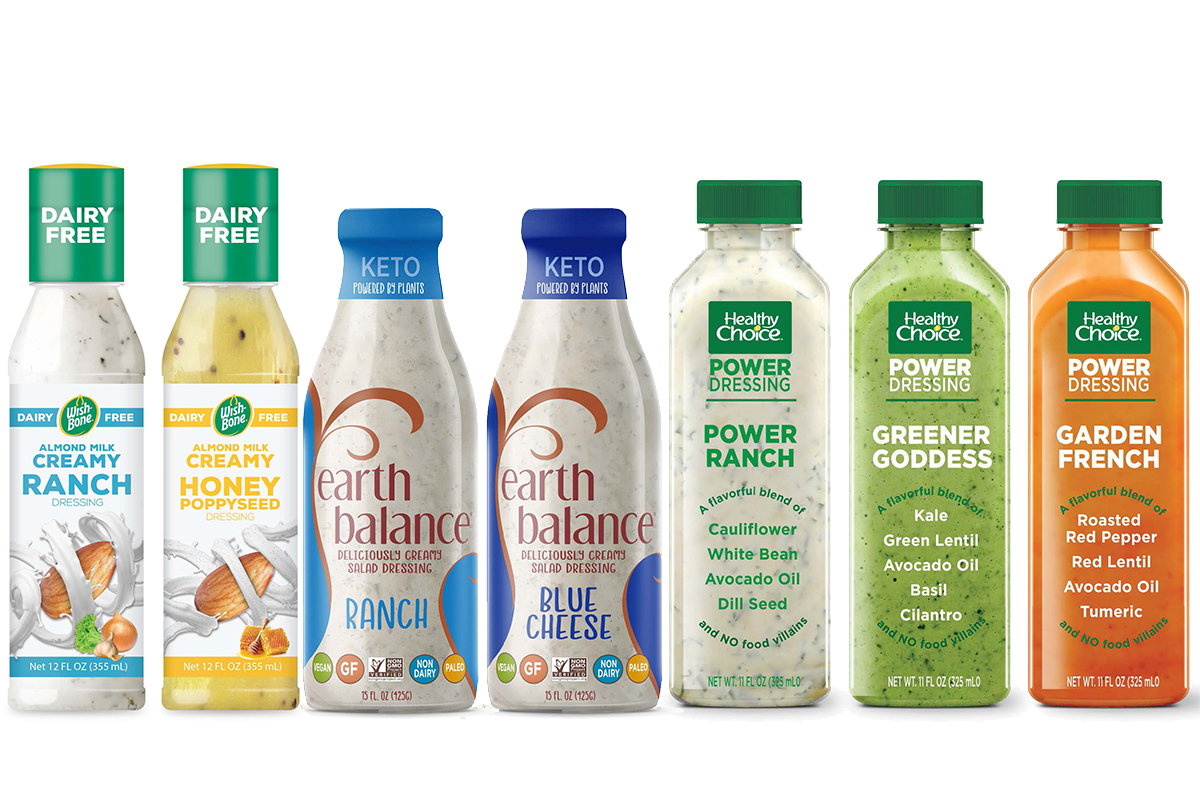 “The salad dressing category is large and stable, but the Wish-Bone brand has underperformed, and that underperformance is rooted in a poorly executed label redesign,” Mr. McGough said.

In addition to a packaging redesign and recipe improvements, the company is adding dairy-free creamy ranch and honey poppyseed varieties made with almond milk.

“Now there are other opportunities to disrupt salad dressing, and the ones that we’re really interested in are lifestyle and plant-based opportunities,” Mr. McGough said. “And here is where the breadth of our portfolio is a huge asset. Wish-Bone is a great brand, but we have other brands that compete in these spaces.”

“They’re made out of cauliflower, lentils and white bean, and they’re made out of healthy oil,” Mr. McGough said. “When I started getting deeper into this category, I was shocked to realize that most of the healthy dressings, even those in the natural channel, are made with soybean oil. We won’t do that. These dressings are made with avocado oil. And on Healthy Choice, we know how to add flavor through a great combination of spices.” 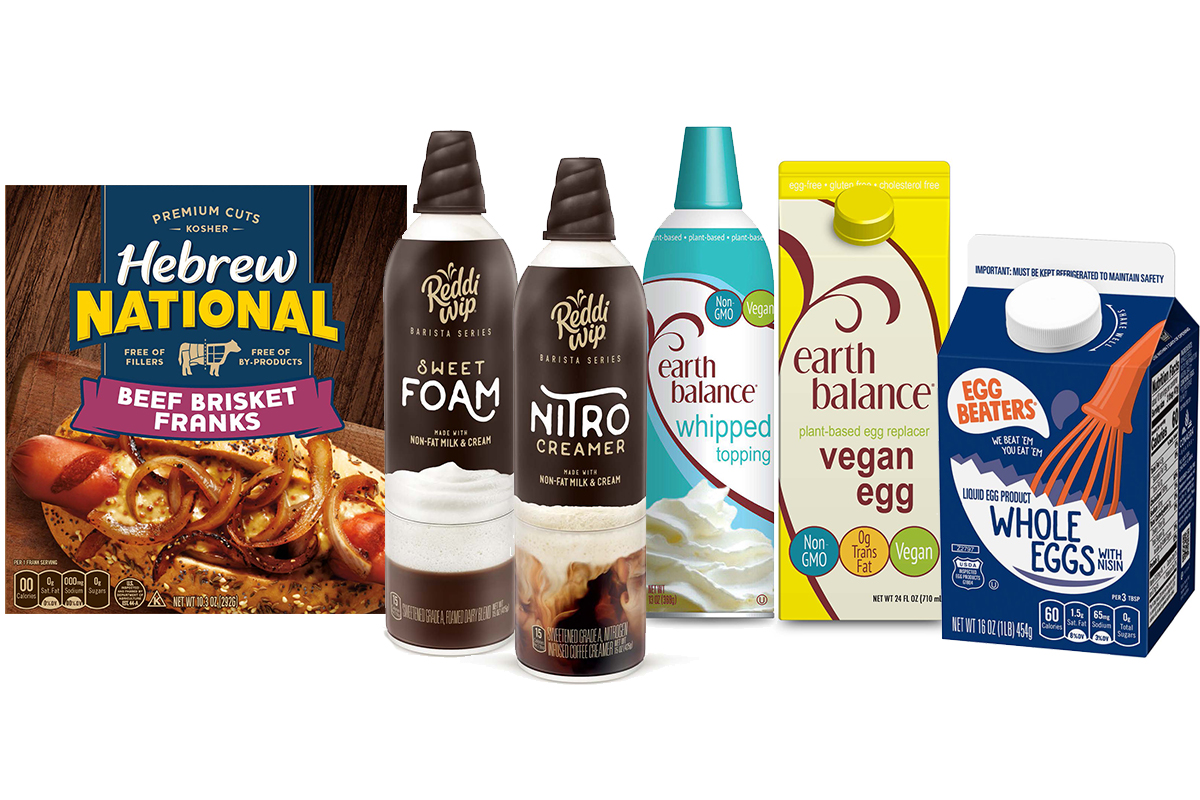 Refrigerated brands get a boost, too

“Both are incremental opportunities to our portfolio and obvious extensions into both the natural channel as well as beyond,” Mr. Serrao said.

“It’s designed to participate in the $3 billion coffee creamer category,” Mr. Serrao said. “The only thing is, unlike competitive coffee creamers, we actually make this thing with milk, not oil. Now these nitro creamers and sweet foams are taking off in coffee shops around the country, every major coffee retailer investing heavily to drive national distribution of a nitro creamer and sweet foam.

“Good news is now you can take these things and make your own coffees at home.”