We use cookies to provide you with a better experience. By continuing to browse the site you are agreeing to our use of cookies in accordance with our Cookie Policy.
Skip To Content
Home » ‘Health and resilience’ of core categories buoys PepsiCo

PURCHASE, N.Y. — Strong performance at Frito-Lay North America and within the company’s international divisions helped PepsiCo, Inc. record organic revenue growth of 5.2% in the first quarter of fiscal 2019, the company’s highest rate of quarterly growth in more than three years.

“Our strong performance in the quarter is emblematic of a number of key strengths in the business, amongst them: the health and resilience of our categories; our leading brands; our broad-based portfolio capable of evolving to satisfy consumer tastes; our developed geographic footprint with strong positions in our largest markets; suite of strong and relevant capabilities across the value chain; scale that allow us to run our operations very efficiently; and of course, our highly engaged and motivated associates, who execute every day in a way that enables us to win in the marketplace,” Ramon L. Laguarta, chairman and chief executive officer, said during an April 17 conference call with analysts. 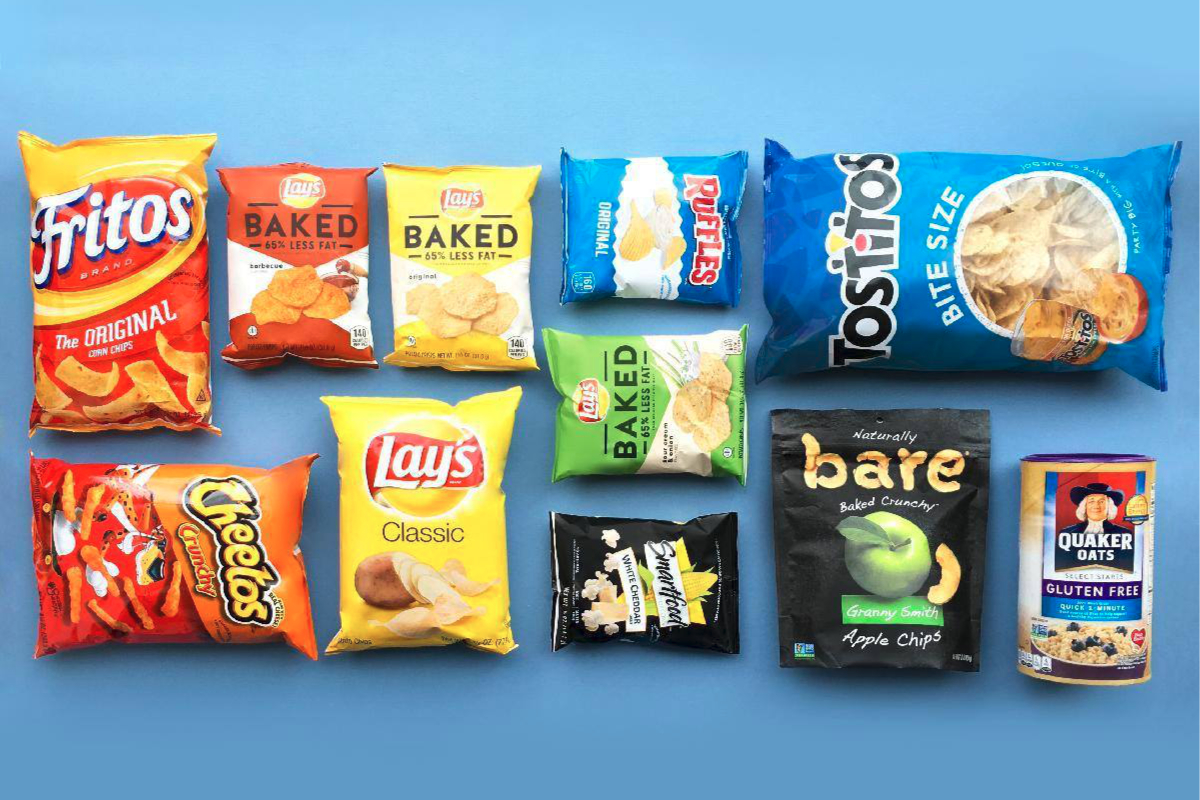 “The category in savories is performing very, very well in the U.S., and I think it’s a combination of our investments,” Mr. Laguarta said. “Obviously, we have a big share of this category and some other players investing. We are obviously having a very good partnership with our customers, building — increasing the space of this category in the stores. So it’s a compounded impact of multiple factors that is driving the category. Within this category, Frito-Lay is improving its share performance as well, so we’re seeing the double impact of that.”

Mr. Laguarta said PepsiCo is improving its net revenue management and ability to capture the maximum pricing of every occasion within the F.L.N.A. business.

“I think Frito has done a great job of managing their mix to obviously maximize revenue of the demand that there is in the market,” he said. “And then they’ve made some operational adjustments to some of the supply chain bottlenecks that we had in the past. And we’ve been able to capture some of the seasonal opportunities, especially around the Super Bowl in, I would say, a very, very impactful way together with our beverages business as well. So we had a very good Super Bowl.

“So you put it all together, and the category is healthy. I think this category will continue to have strong tailwinds as consumers go into more unstructured meals during the day.”

“We’ve been investing in ESSA for many years now in building sustainable marketplace performance, and that’s coming across,” Mr. Laguarta said. “Most of our markets are gaining share, both in beverages and snacks. Turkey has been the only country where we’re seeing some … disruption, and the team is doing a great job going through that. The same in AMENA. We had a great Chinese New Year … The team prepared very well, and we’re getting better at capturing that big seasonal opportunity there in that large market. … Same with Mexico. Mexico has had a great quarter, gaining share consistently already for three quarters and continues to be a very solid performing business. So we’re seeing good macros and good performance across most of our operations.” 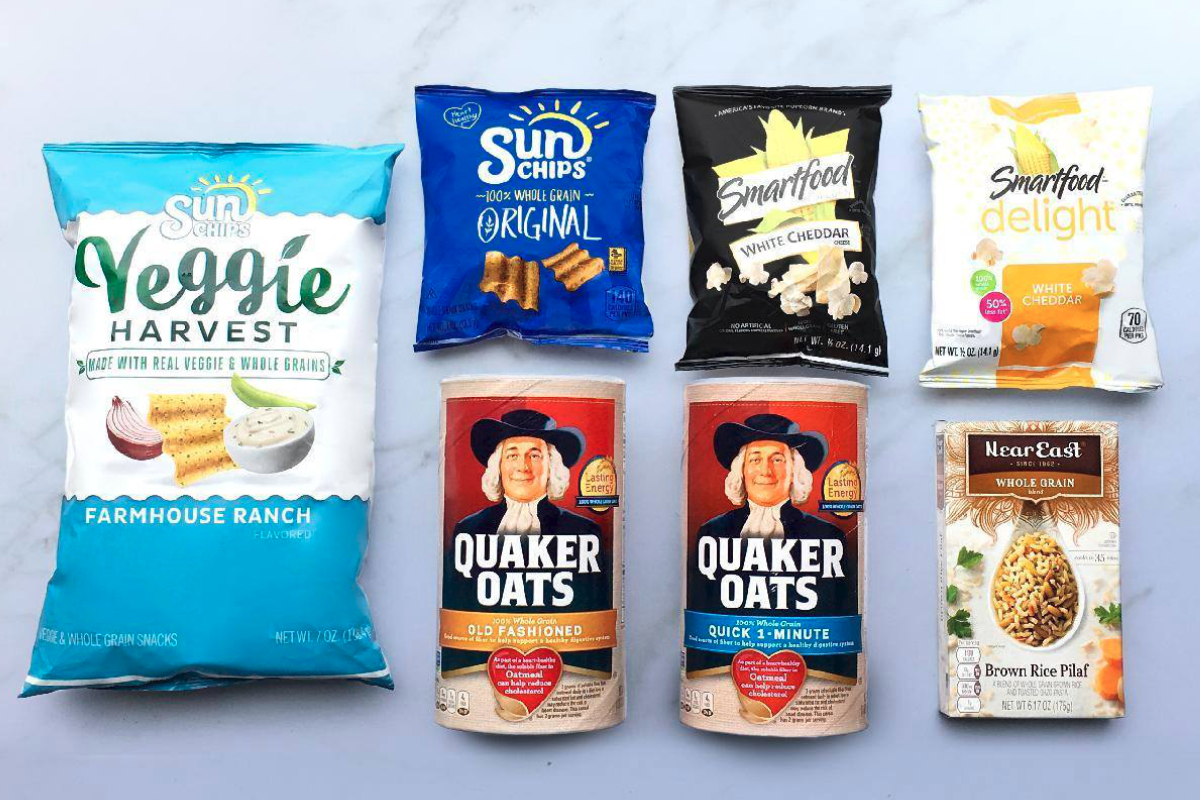 Operating profit within Quaker Foods North America fell in the first quarter, easing to $138 million from $155 million, while revenues slipped 1.2% to $594 million from $601 million.

In the company’s North America Beverages unit, operating profit totaled $389 million, up narrowly from $388 million a year ago. Revenues increased 2% to $4,510 million from $4,415 million.

“C.S.D. (carbonated soft drinks) is a very critical category for us, and we talked about that,” Mr. Laguarta said. “And we need to have a balance growth between C.S.D.s and N.C.B.s (non-carbonated beverages) if we really want to make progress in this business. So from that point of view, it’s clear that we’re treating both segments of the market with a very clear intention of allocation of resources, with C.S.D.s taking a very important role for us.

“Within C.S.D.s, our first priority was Pepsi. And we started investing in Pepsi last year. The good news is that the Pepsi brand is gaining share of C.S.D.s already so — and pretty good growth compared to our cola competitor. So we feel good about that large segment of C.S.D.s.

“Now as I said before, we’re working on (Mountain) Dew. Dew is also improving its performance in its core portfolio, and we have some laps that are over as of March, so you will see an improvement in C.S.D. share. We continue to invest against Dew. … Game Fuel is one of the innovations in the Dew brand. We have other innovations coming up this summer that you guys will be able to see in the marketplace, and you’ll see some very strong activations of the brand coming up in the summer.”

Mr. Laguarta also was asked to describe PepsiCo’s approach in the other categories of beverages, including coffee, energy drinks and sports drinks. 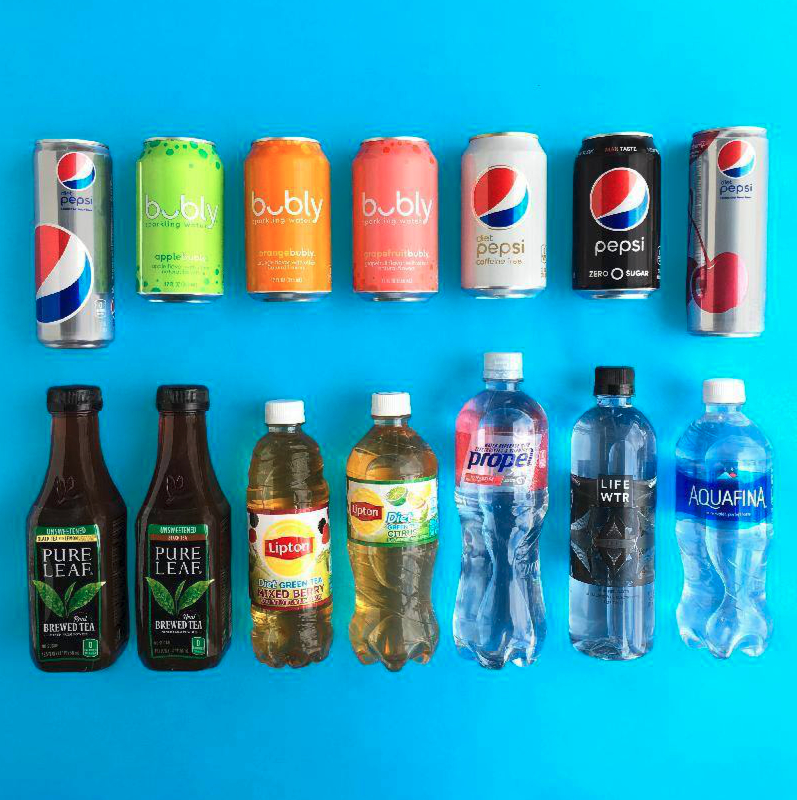 In the energy market, Mr. Laguarta described PepsiCo as “challengers,” saying the company’s opportunity is to “clearly innovate to go into spaces that the current players are not now playing.” He said the company is addressing the energy market through coffee and energy-specific beverages.

In the case of sports drinks and coffee, PepsiCo’s approach is to “make sure that those categories remain very healthy,” he said.

“They’re both growing fast,” Mr. Laguarta said. “Our biggest innovation in beverages is Gatorade Zero. I think it’s going to be a very good innovation, very incremental to the category and good for our share of market. So we’re investing big into Gatorade Zero, and we’re investing big into Gatorade. Of course, Propel is doing very well. So we have a broad-based approach to the sports category, and we see our velocities improving.

“When it comes to coffee, the same approach. And we think our role is to continue to innovate in this category, make sure that we premiumize. At the same time, we give value. We cover all the different spaces where the category can go. And we see our Starbucks coffee partnership very strong and clearly growing above what is the average of our company, so very accretive.

“Some of these players that are coming into our categories, they stay for long time. Some of them, they come in, and then two years later, they’re not there. So our approach to this category is sustained innovation; consumer insights to drive the category long term; keep investing; make sure that we keep driving the growth, the margin expansion of those categories long term.”