We use cookies to provide you with a better experience. By continuing to browse the site you are agreeing to our use of cookies in accordance with our Cookie Policy.
Home » Redefining weight management

KANSAS CITY — In this day and age, it seems like every month a new diet comes out, or there are fresh promises regarding a specific food plan. Paleo and keto claims on retail products catch the attention of consumers. And one can’t forget the surge in New Year’s resolutions to lose weight.

In January, the latest U.S. News & World Report ranked the 41 best diets — the top ones being Mediterranean, DASH and flexitarian. Google’s Year in Search 2018 review revealed the top five diet-related searches, which included the keywords keto, Dubrow, Noom, carnivore and Mediterranean. But do these results coincide with the products consumers are purchasing and consuming? While it should be obvious what diets are at the forefront of consumers’ actions … it’s not that simple.

A look at the past five years shows no particular diet trending more than others, according to The Hartman Group, Inc. Even within its most recent “2019 Health + Wellness” study, despite more than half of U.S. consumers having tried a diet in the past three months, just 3% of consumers identify with a specific plan.

“You would think this percentage would be higher,” said Melissa Abbott, vice-president of retainer services for The Hartman Group. “Nobody is identifying with them because they’re not doing them exclusively.”

Although this might be unexpected, there is an explanation. Consumers aren’t sticking to a specific diet at one time because their reasons for healthy eating have changed, Ms. Abbott said. But this doesn’t mean diets are a thing of the past.

There’s a new diet in town, and this time it’s not just about weight loss. It’s also a mindset of striving for improved daily energy levels and the elimination of diet sensitivities — sometimes using not one but two, three, four, five or more programs for inspiration under an overall umbrella of healthy living.

In LEK Consulting’s recent study “Consumer Health Claims 3.0: The Next Generation of Mindful Food Consumption,” the authors discuss the evolution of people’s health perceptions. The initial approach, or version 1.0 as the authors call it, defined health and wellness as weight management, which the report states led to consumers seeking fat-free, sugar-free, and less salt, carbohydrates and calories. 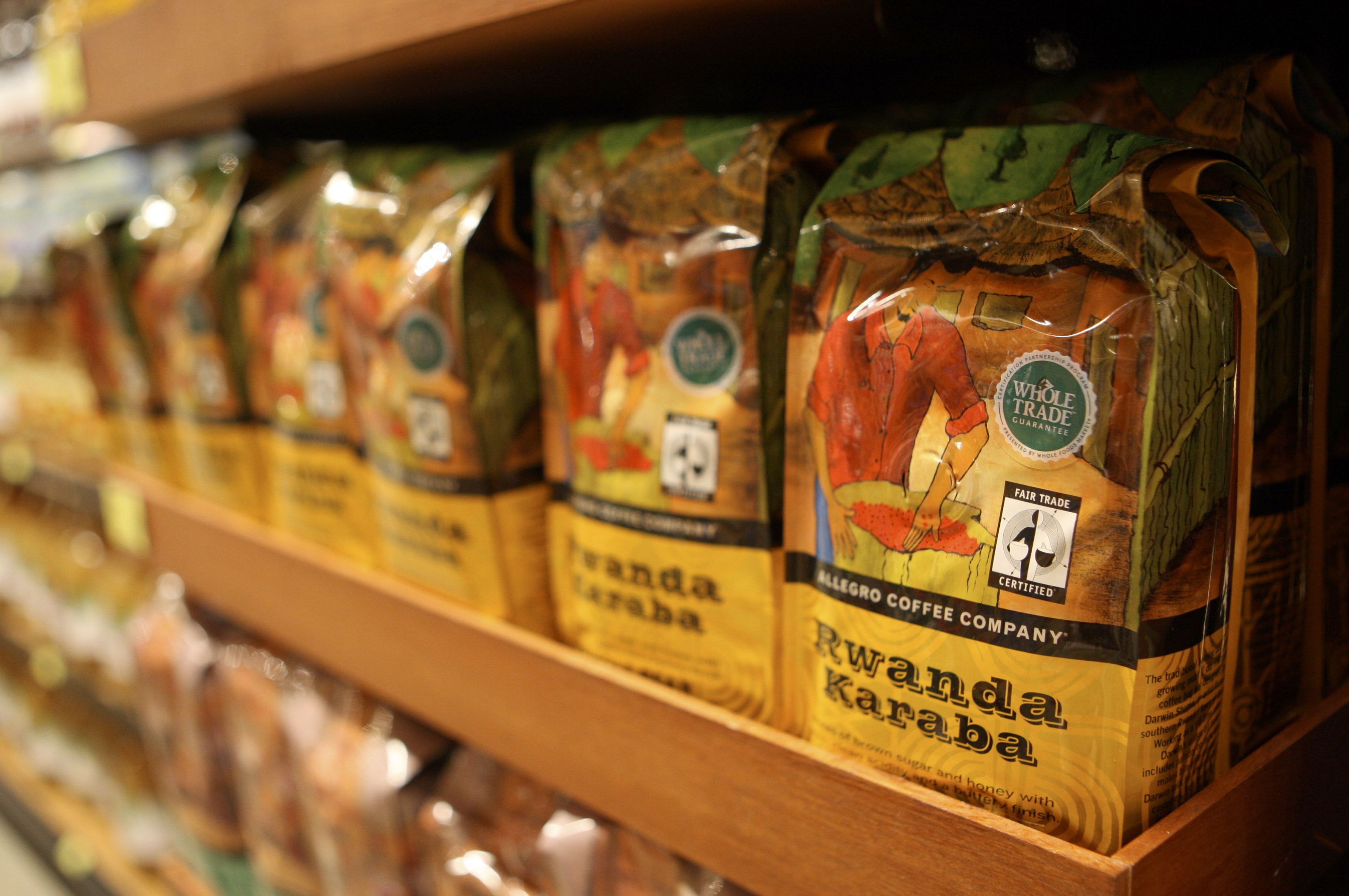 Version 2.0 focused on the quality of food, and this increased the purchases of all-natural and organic foods. But with the rise of version 3.0, consumers want details.

“This appears to reflect a growing desire among consumers to move past general claims of ‘all natural’ to more specifically understand the kind of food their buying, and being free of added chemicals tops the list of sought-after attributes,” the authors stated.

Additionally, version 3.0 introduced clean label and the tie between health and transparency, which includes fair trade, local sourcing and non-G.M.O. in addition to antibiotic- and cage-free claims.

“It used to be that consumer interest coalesced around a handful of on-trend claims. Not anymore,” the report noted.

The authors described consumers as committed or casual supporters of about a dozen health and wellness claims; this has increased by 20% from two years ago.

Why are consumers interested in the details? Because health and wellness is increasingly less about weight management and more about how a consumer feels.

“Consumers will say, ‘I tried all these diets, and it’s really not so much about me losing weight and then eventually putting weight back on, but it’s about my energy levels,’ ”Ms. Abbott said. “It’s about inflammation. It’s about digestion. It’s also about food sensitivities.”

While consumers are focused on specific ingredients, diet-based snacks and baked goods provide a simpler and faster way to buy what they want. Accurately labeling a product as being part of a diet gives consumers the confidence to know a product is “good for them” without them having to pour over the details and figure it out themselves. This can ultimately tell them whether they’ll feel good eating it, too. For example, The Hartman Group discovered that consumers often use Whole30 — a 30-day diet that highlights whole foods and eliminates sugar, grains, legumes, soy and dairy — more to identify food sensitivities as opposed to using it for weight loss. 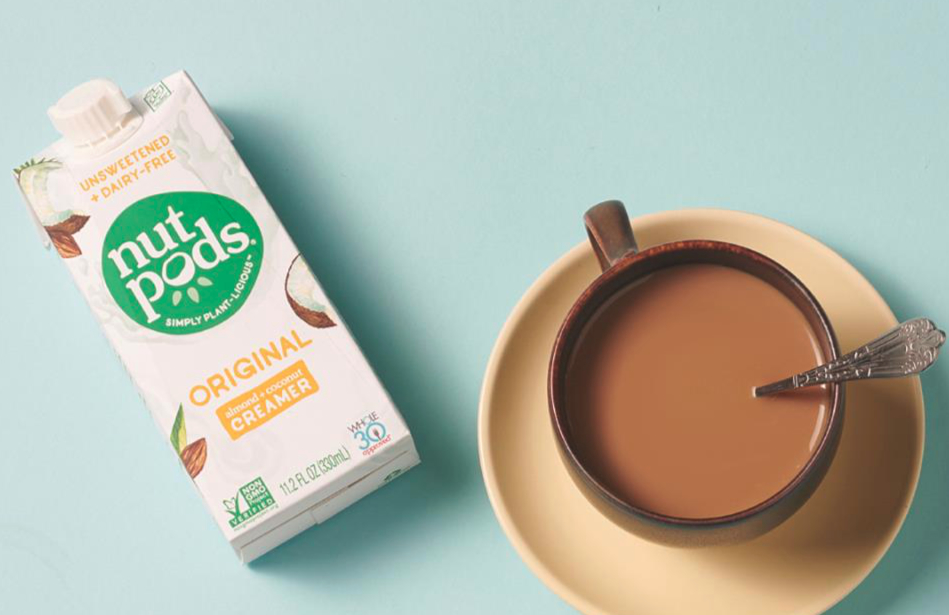 “Consumers might start off the morning with protein for a more paleo-oriented breakfast or a breakfast-like snack,"  Ms. Abbott said. "For lunch, they might want to do a holistic plant-based diet, so there’s going to be more vegetables. And then toward the evening it might be more Mediterranean to fit the rest of the family’s lifestyle."

Mintel’s “2018 Global Food & Drink Trends: How Did We Do?” reflected on consumers’ actions and perceptions throughout the year. The firm found that they prioritize self-care and are flexible with dieting by creating their own rules to manage their physical and emotional wellness.

Consumers across the board are becoming more aware of how they’re feeling, Ms. Abbott said.

“Consumers who are seeking or participating in these diets are doing so not just for aesthetic purposes but also for getting through the day and functioning properly,” she said.

Breaking it down into ingredients

Across all product categories, consumers want to see less processed ingredients and a shorter ingredient list. They want whole eggs not dried ones. They seek high protein and high fiber. They don’t want artificial flavors, colors, preservatives or sweeteners.

Trendy and healthy ingredients such as Golgi berries, kale, quinoa and cauliflower aren’t going away. The dollar sales of cauliflower — as a pizza crust or a rice replacement — increased 14% in 2018, according to Nielsen’s “Fresh Trends: Tracking the Four Trends Driving Growth Across the Fresh Section."

Flour is another big deal in the evolved diet mindset. Consumers who report limiting conventional flour for better digestion are often seeking out less processed or sprouted flour alternatives. 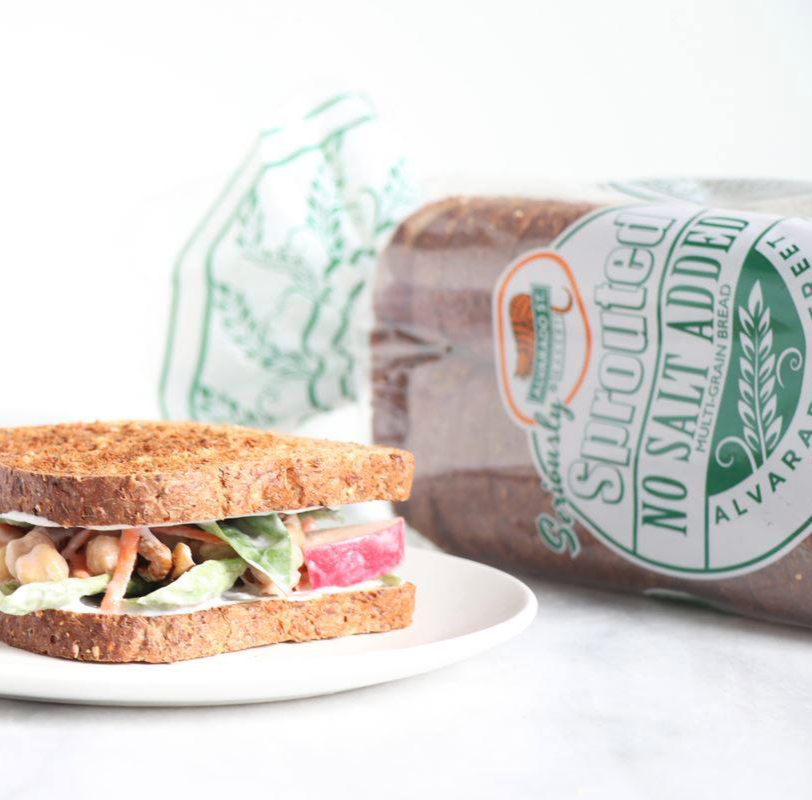 “Bread might include whole grains and seeds, but if it also has other dough conditioners, health-oriented consumers may think twice about buying it,” Ms. Abbott said. “Sprouted flour is becoming a significant player because it can convey better digestion and better absorption of minerals and vitamins.”

Consumers generally gravitate toward the details because they’re much smarter when it comes to labels. Instead of a package stating “plant protein,” shoppers want to know what kind of plant protein it is and if it’s whole. Rather than being drawn to a product that includes good fats, they want to see that it’s made from real butter.

Transparency can not only prove sustainability practices to a consumer, but it can also verify processing claims and ingredients. Sixty-seven per cent of consumers want to know about every ingredient that goes into a food purchase, according to Nielsen’s “Global Sustainability Survey 2017.” Product sourcing, sustainability and farm-to-fork have become keywords for consumers today.

For the long-term, Ms. Abbott said companies should focus on the processing and sourcing of ingredients; the supply chain and farm-level distinctions, such as G.M.O.-free, are key. But there are also things companies can do to fit into consumer preferences now.

“In the short-term, it’s a good idea to clean up your ingredient labels, make sure ingredients are identifiable, transparent; that is what is reflective of contemporary food trends today,” Ms. Abbott said. “Modern diets are reflective of cleaner processing and cleaner ingredients.”

The role of baked goods

While sometimes it can be easier for snack companies to get on the diet bandwagon, health plans can be concerning for baking manufacturers because many of these programs eliminate or greatly reduce the intake of carbohydrates and sugars.

However, Ms. Abbott said eating plans that compel consumers to stay away from carbohydrates and sugars only make people crave them. She’s conducted many consumer surveys in which someone will say they’re giving up bread, but when they’re interviewed years later, they’re eating it again. 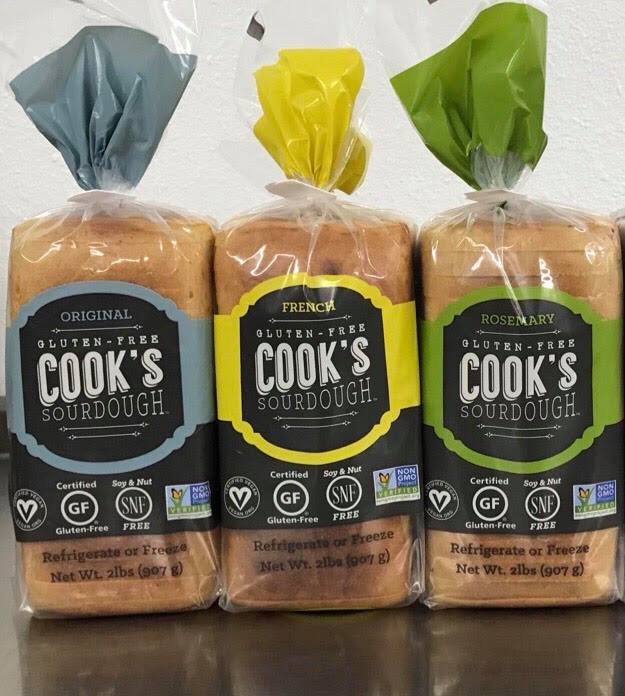 There are still a variety of diets that incorporate bread and are helping drive overall baked goods sales such as high protein, gluten-free, high fiber, low fat and low carb, according to Sally Lyons Wyatt, executive vice-president and practice leader of I.R.I., in her presentation “State of the Industry 2018” at the American Bakers Association’s 2018 Technical Conference. The fact that consumers are merging diets also makes a difference. Bouncing between diets throughout the day enables them to eat whole grain bread.

Sourdough is currently a top choice for consumers. Some say it’s better for their digestion, and others like that it’s made in a more natural way with a sourdough starter. Natural sugars are also a way companies can sweeten products to appeal to consumers.

With the surge in feel-good dieting, when consumers do splurge on desserts and other baked goods, these foods need to reflect what consumers are seeking.

“When they come off a diet or they’re not on a diet for that particular day, they’re looking for all kinds of cookies, brownies and things that are reflective of less-processed ingredients,” Ms. Abbott said. “Again, it comes back to more interesting types of flour such as spelt, teff and buckwheat. They still want those types of baked goods but maybe with coconut oil, avocado oil or real butter.”

And this advice applies to not only baked goods but snacks as well.

“Healthy eating has come a long way since the days of wheat germ and diet plates. Today, it’s in the mainstream with a majority of customers expecting foods and beverages that deliver on rapidly proliferating nuances of health, wellness, ethics and sustainability,” LEK Consulting reported in its health claims study. “What hasn’t changed is consumers’ delight in products that are indulgent and delicious — with quality ingredients supplanting processed, nutritionally empty ones. The intersection of these desires is where superior pricing and profits await the brands that are paying attention.” 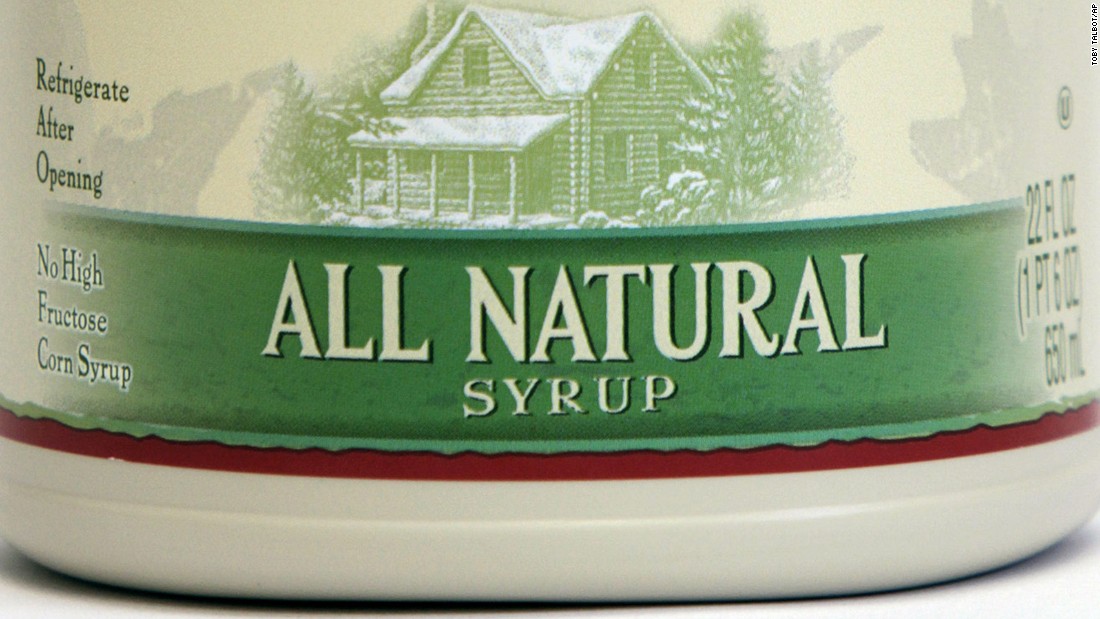 Many consumers have read up on diets and know what ingredients they want to seek and avoid. This can make them wary of the bold claims on packages — especially when it comes to “all natural.” Only 15% of Americans trust this claim, 18% never trust it, and 67% sometimes trust it, according to Nielsen’s 2017 sustainability survey.

“This is something we’ve found this last quarter that’s really fascinating,” Ms. Abbott, said. “The consumer base is becoming more suspicious of callouts. They see a callout and think, ‘They’re trying to sell me something.’ ”

“[There’s] a growing desire among consumers to move past general claims of “all natural” to more specifically understand the kind of food they’re buying,” LEK Consulting management stated in its report. The study also said callouts like antibiotic-free, no added chemicals and cage-free should do well on product packaging.

However, consumer skepticism doesn’t mean all callouts should be changed. For example, highlighting a specific diet using keto- or paleo-friendly is beneficial to purchasers, especially those who are on the prowl for products that fall into a specific diet.

Consumers that aren’t as familiar with health and wellness need a little more coaching.

“There are consumers who don’t have the time for health research but are on a journey to be better,” Ms. Abbott said. “They want to see they’re made with whole food ingredients but are really clean, too.”

Weight Management Health and Wellness
Subscribe to Our Newsletters