We use cookies to provide you with a better experience. By continuing to browse the site you are agreeing to our use of cookies in accordance with our Cookie Policy.
Home » Mondelez maintaining momentum in legacy brands

In a May 1 interview with CNBC’s Sara Eisen on CNBC’s “Squawk on the Street,” Mr. Van de Put described a few of the ways Mondelez has connected with consumers through its Oreo and Cadbury brands.

“Oreo is one of the most loved brands for millennials and for Generation Z,” Mr. Van de Put said. “And the reason that has come to be is the fact that we have evolved as a brand with the times. The purpose of the brand is to stay playful. And it’s a message about growing older but staying yourself and enjoying yourself, spending time with those who are close to you. And at the same time, the consumer wants more and more different products. They want different flavors, they want experiences with brands. And we were able to, in Oreo, to keep on having that connection with millennials and Generation Z. And at the same time as you probably have seen, we do a lot of creative stuff as it relates to the product, and that really seems to be working at the moment, and we’re very happy.”

Mr. Van de Put said Mondelez does a lot of testing with the Oreo brand, trying to determine what’s acceptable and when it may be going too far. 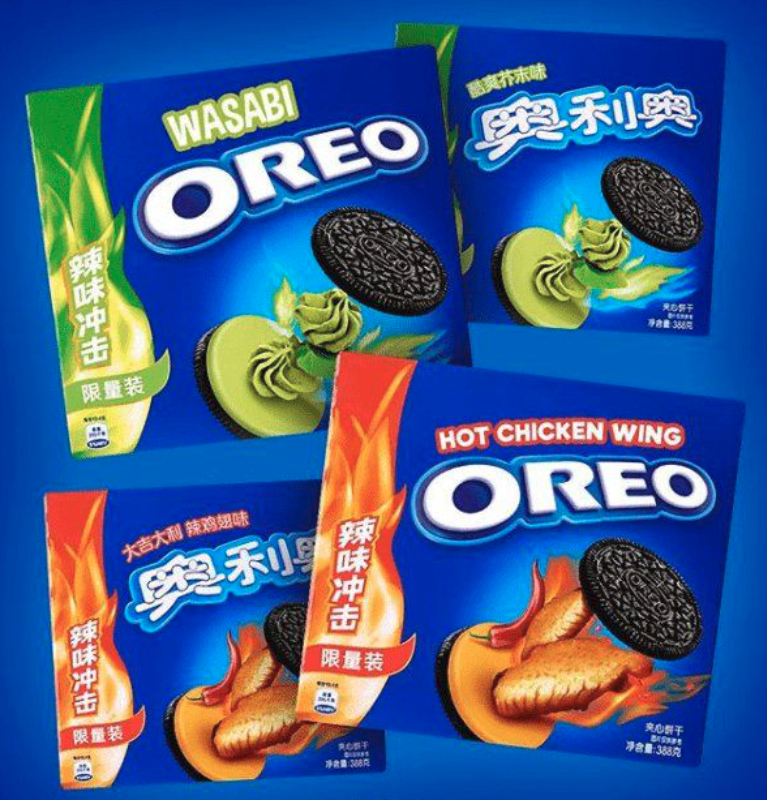 “Last time, we talked about things like Mango Oreo or Spicy Chicken Oreo or Wasabi Oreo in China, which seemed a little bit far out here,” he explained. “But I think that’s part of what we’re trying to do. We try to adapt to local consumers' tastes. But the testing basically shows (if) the consumers like it and will there be enough interest in that product so that it has enough sales.”

He said that the company operates with an in-and-out mentality, which means that if a product is not selling well it can be removed.

“It is not as if we do Peanut Butter Oreo and it’s not selling enough, that stays in our veins forever,” he said. “Then we will take it out and put another one in.”

He said the company also tries to keep the supply chain complexity as limited as possible.

“Cadbury is more based on generosity, but that’s also connecting really well with the younger generations, and we’re seeing the same effect there,” he said. “So, I think for what you call old brands, it is possible to still connect to younger consumers, but you need to do it in line with what their expectations are.”