We use cookies to provide you with a better experience. By continuing to browse the site you are agreeing to our use of cookies in accordance with our Cookie Policy.
Home » Despite headwinds, Kellogg remains on track

Despite headwinds, Kellogg remains on track

BATTLE CREEK, MICH. — Kellogg Co. is making progress in its return to growth in North America, but several unusual factors pressured results in the recent quarter. The company initiated a product recall for RXBAR in December 2018 due to an undeclared peanut allergen in an ingredient from a third-party supplier, and the ready-to-eat cereal business was negatively affected by the timing of shipments and a transition to new pack sizes on certain brands.

“But behind these headwinds was good growth on core brands in North America, and our international regions continued to grow strongly,” said Steven A. Cahillane, chairman, chief executive officer and president of Kellogg Co., during a May 2 earnings call. “So we come out of Q1 on track for our first-half and full-year earnings estimates.”

Net income attributable to Kellogg Co. in the first quarter ended March 30 was $282 million, equal to 82c per share on the common stock, down 36% from $444 million, or $1.28, in the year-ago period. The decline was due primarily to business realignment charges, unfavorable mark-to-market impacts and a higher effective tax rate.

Net sales totaled $3,522 million, up 3.6% from $3,401 million. Results were helped by last May’s consolidation of Nigerian distributor Multipro, as well as improving consumption trends in many businesses globally and good momentum in revitalized key brands, the company said.

ts and lower sales volume. Segment net sales declined by less than 2% from the prior-year quarter and were flat on a currency-neutral basis.

Cheez-It, Pop-Tarts and Pringles are among snack brands in Kellogg’s portfolio that are benefiting from recent marketing and innovation efforts, Mr. Cahillane said.

“Pop-Tarts returned to growth in the second half of 2018, and in Q1, we launched a new Bites line, which is off to a great start,” he said. “Cheez-It accelerated its growth, and its new Snap’d line is off to a good start as well. Rice Krispies Treats continues to grow, augmented by its new Poppers offering and aided by newly added capacity. And Pringles continues to grow even on top of its year-ago acceleration, with new Wavy also off to a good start.”

Elsewhere in Kellogg’s North America portfolio, cereal sales decreased by nearly 5% on a reported basis, or about 4% on a currency-neutral basis.

“We knew the transition of certain brands to the harmonized pack sizes would create some initial softness, particularly as we held off promoting those brands,” Mr. Cahillane said. “In fact, during the first two weeks of January, our consumption was down 6%, but it was down only about 1% for the rest of the quarter, in line with the category during those remaining weeks. While our consumption trend didn’t change much overall, our shipments definitely lagged in the quarter, suggesting a reduction in trade inventory.

“We’re pleased that Eggo posted consumption growth in Q1 on top of that strong year-earlier gain,” Mr. Cahillane said. “We continued to grow our highly successful Thick & Fluffy premium waffle line. We grew our pancake business, and we have exciting news with innovation on our core kid offerings. 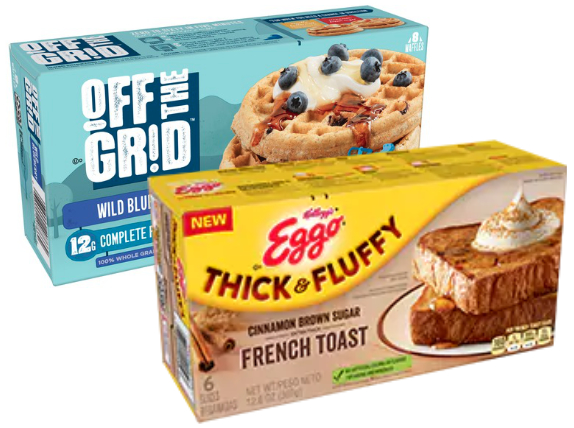 “We will look to build on this momentum in Q2 with two exciting launches: a new higher-protein offering called Off The Grid and a brand-new Thick & Fluffy french toast line.

“MorningStar Farms is also lapping very tough comps. Innovation and good commercial execution is growing our business on the chicken-oriented segment. And we have more planned protein news and communication to come.”

During the quarter, Kellogg reached an agreement to sell its cookies, fruit snacks, pie crusts and ice cream cones business to the Ferrero Group, Luxembourg, in a transaction valued at $1.3 billion. Brands include Keebler, Famous Amos, Mother’s and Murray cookies, as well as Little Brownie Bakers, supplier of cookies to the Girl Scouts of the U.S.A. Brands in the transaction also include Stretch Island and Fruit Snacks fruit-flavored snacks and Keebler’s ice cream cones and pie crust products. Ferrero also will acquire six manufacturing plants from Kellogg.

“Longer term, this divestiture should have a positive impact on our long-term growth and return on invested capital,” said Fareed A. Khan, senior vice-president and chief financial officer of Kellogg Co. “Firstly, these are businesses that have not been resourced as much as many of our other categories and brands and have declined in recent years. Divesting them adds to our underlying growth profile. 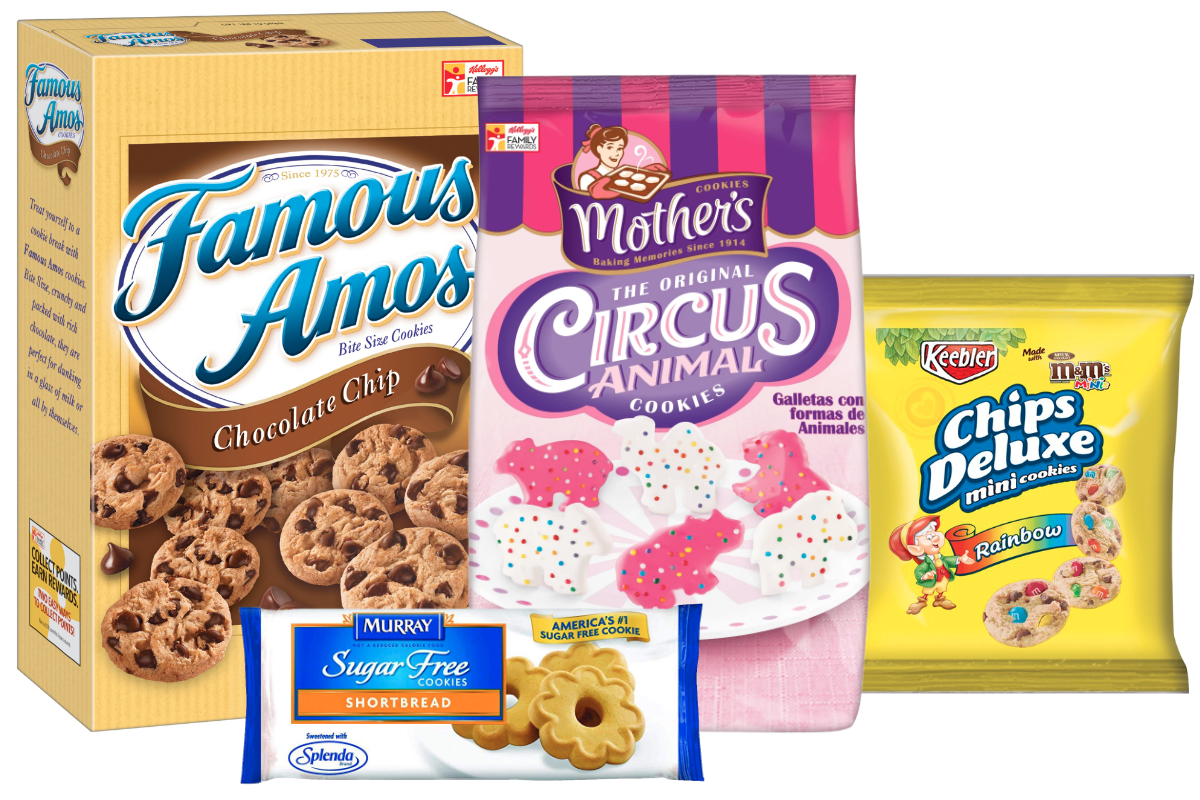 “Similarly, because these businesses collectively generated lower margins than our portfolio average, divesting them adds to our margin profile. There's also a benefit of simplifying our portfolio and our supply chain. We can reduce complexity with this divestiture, offering opportunities for efficiencies. We can also better focus resources on our biggest and most profitable brands. And finally, by using the proceeds to pay down debt, we can enhance our financial flexibility. This puts us in a better position to take advantage of higher-return opportunities to invest.”

Kellogg management lowered its full-year forecast to adjust for the impact of the pending divestiture. The company expects the transaction will reduce full-year sales by approximately 2% to 3%, adjusted operating profit by approximately 4% to 5%, and adjusted earnings per share by less than 5%.