We use cookies to provide you with a better experience. By continuing to browse the site you are agreeing to our use of cookies in accordance with our Cookie Policy.
Home » Vegan is trending in the plant-based space

Vegan is trending in the plant-based space

KANSAS CITY — While the term “vegan” long has been synonymous with consumer concerns about animal welfare and environmental sustainability, it is now becoming an attribute used as a point of differentiation in the plant-based food space. Numerous companies are introducing vegan products to capitalize on consumer interest.

The new product introduction is part of a concerted effort by Unilever P.L.C., London, parent company of Unilever North America, to modernize its food portfolio by bringing more vegetarian and vegan products to market. This past December, Unilever acquired The Vegetarian Butcher, which sells its plant-based meat products throughout Europe. Vegan products manufactured by the company include No Chicken Chunks, No Mince, No Chicken Shawarma and Vegan Smokey Hot Dogs.

“The market and our business have reached a point that requires scale-efficient production, which will solidify our leadership and deliver attractive returns to shareholders,” said Michael H. McCain, president and chief executive officer of Maple Leaf Foods. “Plant-based proteins are currently estimated to be a $1 billion market in North America. The refrigerated segment where we have the leading brands and shares represents approximately 24% of this. This segment has surged since we entered the space, outpacing the broad category and delivering approximately 40% growth rates last year. We fully expect this is where the majority of growth will reside in the future.” 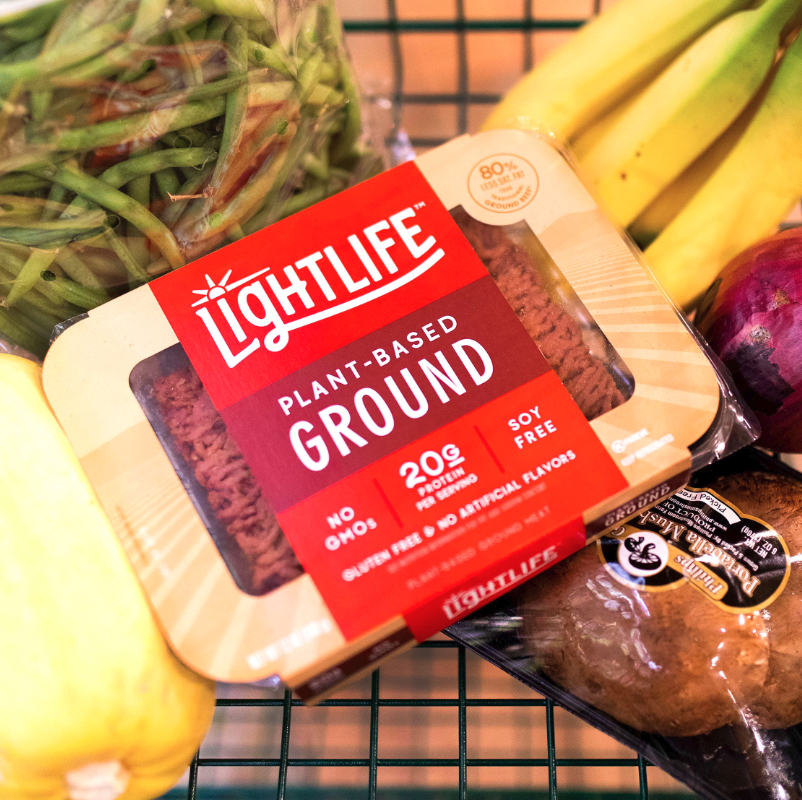 Kara Nielsen, senior leader of food industry trends and strategy for CCD Helmsman, Oakland, Calif., said consumer interest in vegan products today may be driven by greater environmental concerns and the perception that vegan foods may be safer for those who suffer from certain allergies.

“The environment is the biggest tipping point,” she said. “The animal welfare issue has been out there for a while, but the global warming thing is not to be ignored. It’s getting past another line of defense for a lot of flexitarian consumers. They look at it and think, ‘If this food tastes good and is better for the planet, that’s not a bad choice.’

“But there are also people with dairy allergies and allergies to casein who may view vegan products as being safe.”

Food service, in particular, is a category where vegan introductions are accelerating. While most consumers do not follow a specialty diet, those who say they do are most likely to classify themselves with flexible terms like “semi-vegetarian” or “flexitarian,” according to the market research company Technomic, Chicago.

“This desire for flexibility highlights the fact that dietary lifestyle choices are often not all-or-nothing decisions for consumers,” said Bret Yonke, manager of consumer insights at Technomic. “Semi-vegetarian and flexitarian diets appeal to those who aspire to eat healthier while still providing leeway to splurge on meat or seafood occasionally. To cater to shifting behaviors, operators can offer protein substitutes for certain dishes or create a handful of build-your-own options that give consumers an even greater level of control.”

Consumer research published in Technomic’s Seafood and Vegetarian Consumer Trend Report shows that 50% of consumers said they eat vegetarian or vegan dishes at least once a month. Of that group, only 27% said restaurants are doing a good job of providing options that taste good. Some operators are trying to change that perception.

“We’ve found that many people are increasingly looking for plant-based protein options, so we wanted to make it easy for our customers with digital shortcuts for these bowls,” said Chris Brandt, chief marketing officer of Chipotle. “Since introducing sofritas five years ago, Chipotle has provided flavorful options for every lifestyle while simultaneously doing something good for the planet.”

Del Taco Restaurants, Inc., Lake Forest, Calif., announced it will offer Beyond Tacos as a menu item at the company’s 580 outlets, in partnership with the plant-based food company Beyond Meat, Los Angeles.

“We saw a unique opportunity to develop our own recipe in partnership with Beyond Meat, adding various spices to create a signature Del Taco taste consumers can’t get anywhere else,” said John Cappasola, president and c.e.o. of Del Taco.

“Consumers see plants and plant-based proteins as a means to control their weight, reduce sugar intake, eat cleaner and greener, plus boost their energy,” said Pam Stauffer, global marketing programs manager for Cargill, Minneapolis. “Even if they still enjoy eating meat, more consumers view a flexitarian-style diet as a good compromise for their health while supporting their values. 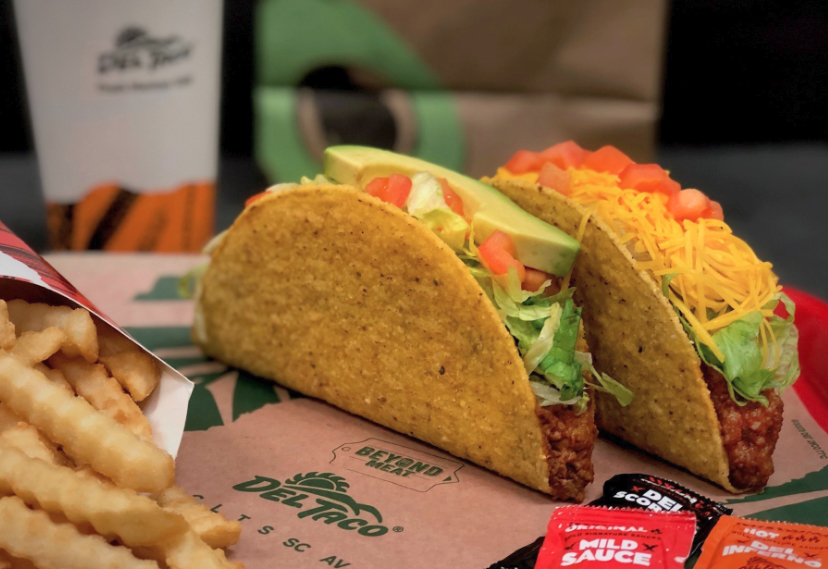 “Though younger consumers under age 49 are among the most likely to be adopting a more plant-based lifestyle, proprietary research conducted by Cargill shows the trend transcends both generational and demographic groups.”

Consumer research conducted by Royal DSM, Heerlen, The Netherlands, showed that “flexitarianism” and “part-time vegan” diets put more focus on what is added to the diet than on what is restricted and has encouraged consumption of meat and dairy alternatives by a broader set of consumers, bringing both opportunities and new challenges for food manufacturers. The research showed vegetarians and vegans are more satisfied with the taste of meat analogs than flexitarians. A reason may be the effects of comparison. Flexitarians have a consistent comparison point with the taste of real meat, influencing their evaluation of meat analogs. One in three respondents to DSM’s survey said they would pay more for meat analogs that taste more like meat, and the same number would pay more for meat analogs with a similar nutritional profile to meat.

“While taste is important, there is a caution for producers of meat and dairy alternatives,” said Carin Gerzon, global head of marketing communications in DSM’s Food Specialties business unit. “Our survey results are very clear that personal health is the main reason consumers are swapping meat and dairy for plant-based alternatives, and sustainability is a close second. While producing foods with the best taste and texture possible, producers should keep salt, sugar and fat levels low to promote health and continue making efforts to improve the sustainability credentials of their products.”

“New technologies and the growing supply of vegan-compliant ingredients are giving food developers more potential raw materials to use in formulations. Progress in ingredient performance, including functionality at various pH levels, texture and flavor, has opened the door for new, innovative vegan food products.”