We use cookies to provide you with a better experience. By continuing to browse the site you are agreeing to our use of cookies in accordance with our Cookie Policy.
Home » Sprouts ramping up expansion in new markets

NEW YORK — Sprouts Farmers Market is taking steps to build brand awareness by entering more new markets than ever before. During a May 15 presentation at the BMO Capital Markets Farm to Market Conference in New York, company executives said 2019 will mark the first year that that the retailer will open more than half of its new stores in new markets.

“Traditionally, we’ve been about 70% (of new store openings) in our regional eight states (west of Texas),” said Bradley S. Lukow, interim co-chief executive officer, chief financial officer and treasurer. “Over the last few years, we’ve continued to enhance both our site selection, analytics, our go-to-market strategy, our marketing and promotion and advertising grassroots into the local communities to really build out the brand.”

“The consumer awareness of the brand is significantly greater,” he said. “Our new store productivity is great. Our average weekly sales continue to be stronger and stronger every year. And so it’s the right time for us to continue to increase our penetration in these new markets, and we see tremendous whitespace opportunity, particularly in Florida and the mid-Atlantic states.”

But Sprouts isn’t just opening new stores. The retailer recently began introducing an enhanced prototype store that is focused on improving the consumer experience in a material way. Specifically, improvements may be seen in the deli, bakery, meat and seafood departments.

“What we’ve done is we’ve taken the production activity that was in view of the consumer behind the service case and moved that to the back of the house,” Mr. Lukow said. 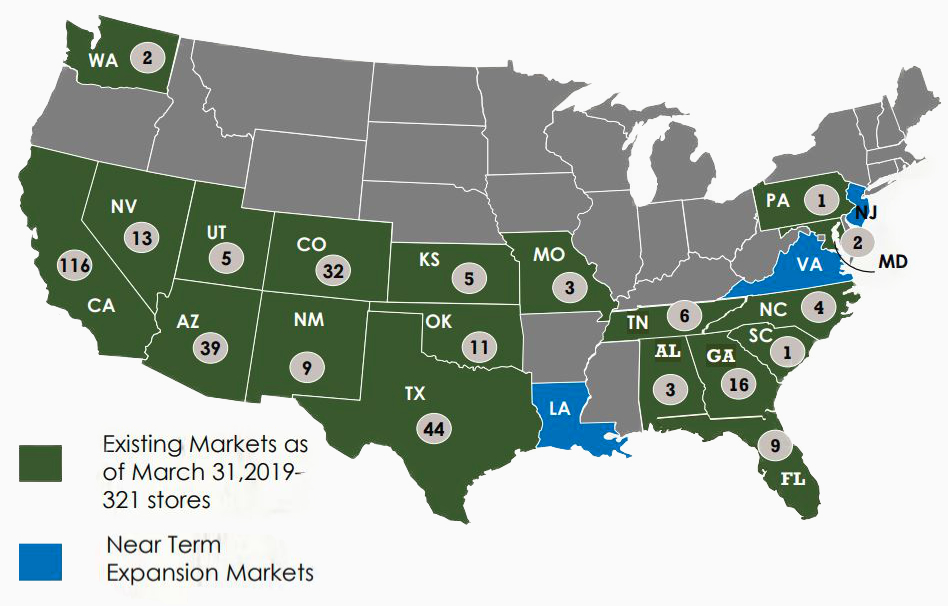 He said consumers now are commenting on what they perceive to be more product offerings at Sprouts.

“The reality is it’s the same product,” he said. “Yes, we’ve continued to enhance and develop new items, particularly in the ready-to-eat category, but it’s all about the merchandising and the experience in the store.”

In 2018, Sprouts opened five new prototype stores. In 2019, 8 of the 28 new store openings will feature the new format, Mr. Lukow said. By 2020, the enhanced prototype is expected to be in every location, he said.

“The impact is pretty significant in terms of the product mix enhancements,” he said. “(In) deli, we have seen sales mix increase by 400 to 500 basis points. The experience really takes it to a new level. We’re really presenting to the consumer that we are absolutely in the game of meal time with the seating area in the store. And the younger generation, millennials are much more attracted as compared to our previous format. And so we’re seeing that resonating very well, particularly at the 12:00 and 5:00 time frame. So not only our average weekly sale is stronger consistently in each of the new protos that we have out there, but also the margin mix is stronger because the mix of what we’re selling is better than the previous model.”