We use cookies to provide you with a better experience. By continuing to browse the site you are agreeing to our use of cookies in accordance with our Cookie Policy.
Skip To Content
Home » Potential seen even as winter wheat crop lags 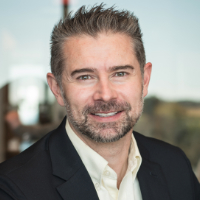 KANSAS CITY — Though developmentally behind the average pace, the 2019 hard winter wheat crop is growing drought-free with minimal disease pressure so far. If ideal conditions unfold in the six to eight weeks until harvest, increased production and higher yields of a lower-protein crop may result, a stark contrast to the drought-stressed, low-yielding, high-protein crop of 2018.

Such were the findings of 76 wheat scouts who examined 469 Kansas wheat fields in early May during the Wheat Quality Council’s annual tour of Kansas, the No. 1 hard winter wheat production state, and from other assessments of the crop in Nebraska, Colorado and Oklahoma.

Crop height varied, with some later-planted wheat reaching only 10 to 12 inches but more frequently knee-high or slightly above. Walking 30 to 40 feet into fields allowed close assessment that varied widely from lush, green, thick stands to spotty rows and areas of scant growth where seeds had perhaps washed out.

While scouts noted minimal disease pressure on the tour, reports of stripe rust have increased across scattered central and southcentral counties, thus far confined to lower canopy of the plants, considered a lower risk factor. Traces of leaf rust also were spotted near Wichita. Furthermore, southeastern Kansas wheat is at moderate risk for fusarium head blight as it moves into critical growth stages.

A bigger concern was wheat being developmentally behind normal pace, “shoving the grain-fill stage further and further into the summer heat,” which may limit yield, said Lucas Haag, the Northwest agronomist at Kansas State University’s Northwest Research — Extension Center in Colby.

Fall planting of winter wheat was inhibited by rain that sharply limited fieldwork, pushing seeding well into October and, in some cases, November. Some fields intended to be seeded to wheat were never planted. As a result, Kansas farmers seeded 7,200,000 acres to wheat for harvest in 2019 compared with 7,700,000 acres a year earlier, according to the U.S.D.A.