We use cookies to provide you with a better experience. By continuing to browse the site you are agreeing to our use of cookies in accordance with our Cookie Policy.
Home » Plant protein abuzz at National Restaurant Association Show

“Gone are the days of a vegetarian going to a restaurant and getting a side of zucchini, squash, onions and peppers and calling that your vegetarian option,” he said. “There’s all sorts of options out there now.”

Seventy per cent of meat eaters are substituting a non-meat protein in a meal at least once a week, according to The NPD Group. Shifting consumer behaviors inspired Sysco to develop an assortment of plant-based products for food service operators.

Another offering, Beyond Sausage by Beyond Meat, features 16 grams of plant protein and looks, cooks and tastes like pork sausage, according to the company.

Sysco featured the products in a cooking demonstration at the National Restaurant Association Restaurant, Hotel-Motel Show, held May 18-21 in Chicago. 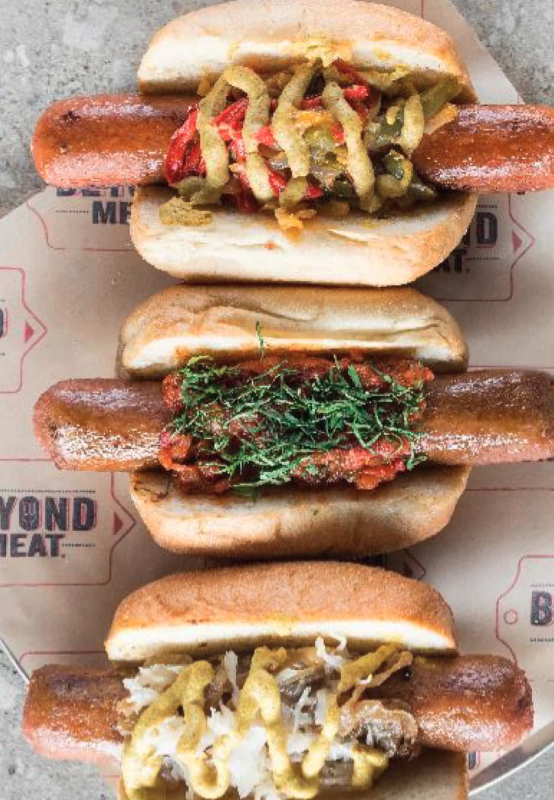 Chefs prepared arepas, a Venezuelan-style sandwich, filled with plant-based sausage and plantains, onions, peppers and garlic and finished with an avocado crema made with soy yogurt. A Mexican pizza was topped with mashed black beans, a slaw of cabbage, roasted corn and shaved cauliflower and plant-based ground crumbles prepared to resemble chorizo, or “faux-rizo.”

“What we’ve done is traditional ethnic cuisine and really bringing those flavors to the forefront to the customer using different proteins,” Mr. Knapp said.

“It’s made with organic coconuts,” said Meg Stocker, brand manager at Danone North America. "We’re trying to build the story of sustainability because for a lot of people who are making these choices, it’s not just about nutrition … it’s about the environment and making sure your footprint is as small as possible.”

The Danone Away from Home portfolio of plant-based foods and beverages include Silk and So Delicious Dairy Free brands and features dairy-free milk, yogurt and cheese alternatives made with soy, coconut or almonds.

“The flexitarian lifestyle has really started to take hold over the past few years,” Ms. Stocker said. “We see about a quarter of consumers at this point talking about themselves as flexitarians. What they mean by that is it’s not about entirely eliminating traditional proteins from your diet. It’s about incorporating plant-based options in so they have more of a balance than they’ve had previously.

“We’re also seeing just over half of consumers still asking for more plant-based options on the menu.” 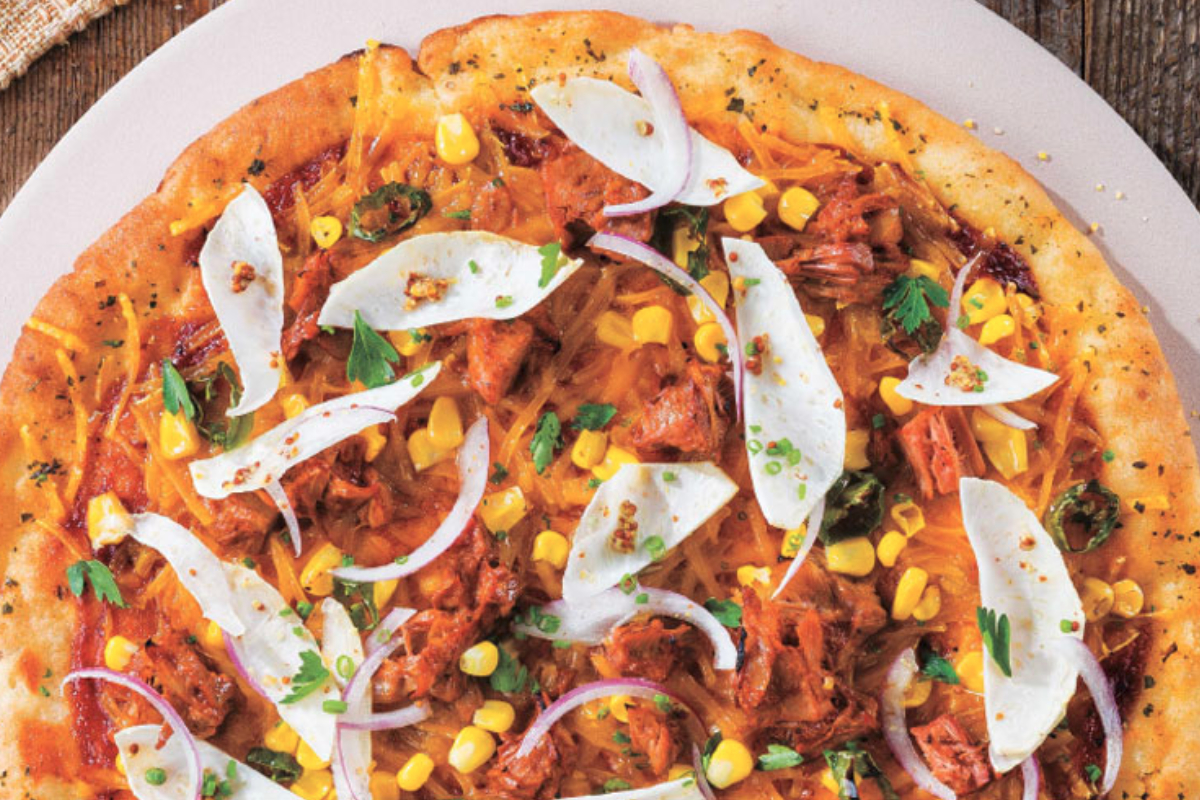 New plant-based products available in the marketplace may be easily substituted for traditional ingredients, she added.

“You don’t have to make a lot of changes in your recipes to incorporate a plant-based element in sauces, dips, dressings,” Ms. Stocker said.

In 2017, plant-based meat alternatives grew 24% to $670 million in sales, and plant-based milks, grain-blend burgers and veggie steaks are rising in popularity, Sysco said.

“There’s so much competition out there, and everyone’s doing it, and you have to keep up,” said Benjamin Udave, executive chef at Sysco Los Angeles. “If you’re not growing and changing you’re going to become obsolete.”