CHICAGO — With plant protein dominating today’s food conversation, and showing few signs of abating, the dairy protein industry has joined forces to communicate the many years of research supporting the nutritional superiority and health benefits of milk proteins. It is a marketing effort to assist consumers with making smart protein choices based on their dietary needs. That is because all proteins are not created equal.

“The dairy industry has spent the past 20-plus years investing in nutrition research to document the benefits of whey and milk-based proteins,” said Veronique Lagrange, director of strategy and business development, American Dairy Products Institute (A.D.P.I.), Elmhurst, Ill. “Overall, we estimate that nearly 85% of the clinical trial studies documenting the benefits of proteins were conducted with milk-based proteins, with only a handful of studies conducted with pea or rice protein.”

Unfortunately, many plant protein companies currently use the milk protein science as if it applied to any protein, Ms. Lagrange said. By sharing the data, the A.D.P.I. hopes to emphasize the unique value of milk proteins. It is particularly important to focus on flexitarians, younger consumers and women, those “protein seekers” distinguished by their curiosity about nutrition.

The promotion is the foundation of the Dairy Protein Messaging Initiative (D.P.M.I.), which was introduced to the industry at the A.D.P.I. Annual Conference held May 5-7 in Chicago. The D.P.M.I. includes creating a conversation about protein in order to fuel shoppers with science-supported knowledge and lifestyle benefits that will be relevant to their personal wellness and self-care goals.

The initiative was formed by industry members of the A.D.P.I. less than a year ago and is now supported by more than 50 companies and associations connected to the dairy protein supply chain. It is intended to promote proteins from milk, most notably whey, as The Strong Inside proteins, differentiating them from other protein sources.

The messaging is based on Protein Seekers Insight research from FoodMinds, Chicago, a division of Padilla, Minneapolis, a food and nutrition communications and consulting company. The firm’s analysis of multiple data sources included pulling more than 600,000 digital-based conversations and analyzing them through a theme-based approach. This showed “plant” references dominating the conversation, with animal protein references mostly about “meat” rather than “dairy.” 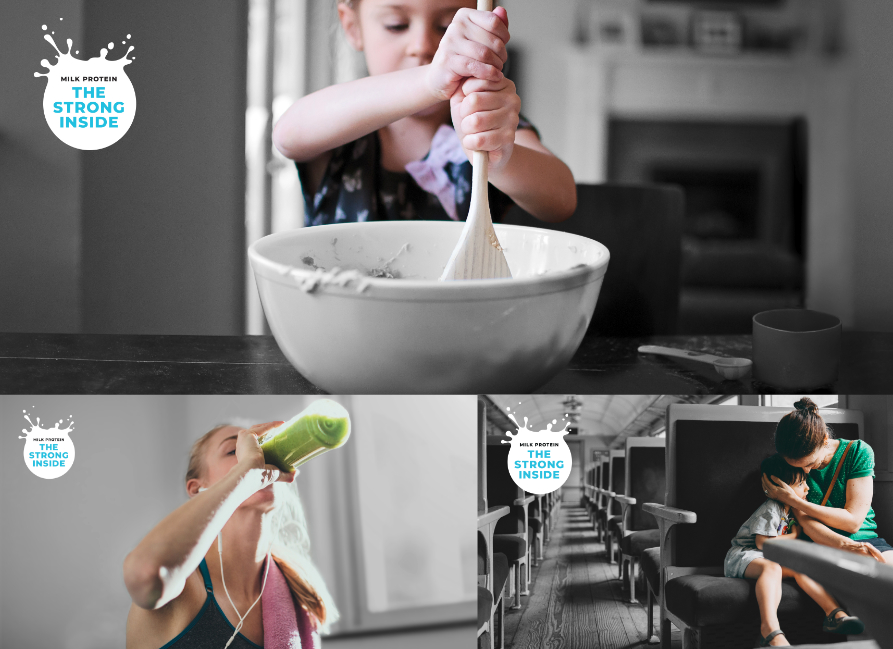 The Strong Inside messaging is designed to fill the void with information about proteins from milk.

“I want to stress that our goal in this campaign is not to malign plant-based products or agriculture,” said Blake Anderson, president and chief operating officer of the A.D.P.I. “Our campaign will remain positive at all times yet will seek to refute myths and misconceptions that exist. Milk-based proteins have many desirable attributes, and we will build on this strong platform.”

Ms. Lagrange said, “If you look at new product introductions, 10 years ago over 90% of protein products contained milk-based protein ingredients, and there were few alternatives other than soy. The dairy market share of the protein ingredient business decreased to an estimated 64% in 2018 and is projected to be less than 60% during the first quarter of 2019.

“Product introductions with whey and milk protein concentrates have increased in recent years. These are still very popular, but a large portion of the incremental demand for protein is being captured by other proteins.”

The Protein Seekers Insight research found that when “dairy” was mentioned in social media protein conversations, it was mostly in reference to intolerances or avoidances. There were many favorable protein conversations centered around specific milk proteins, namely whey, followed by isolate, casein, whey concentrate and milk protein concentrate. Plant protein mentions, on the other hand, tended to be lumped together as simply “plant protein,” rather than a discussion of individual plant sources. The data suggest there are likely consumers who purchase foods and beverages fortified with proteins who don’t know the source.

“Most consumers see ‘grams of protein’ on a front label, yet few understand that all proteins are not created equal, or much less read ingredient labels to understand the source or type,” Ms. Lagrange said. “The campaign is designed to inform consumers and change this behavior, to make sure consumers understand and seek quality proteins in the products they consume daily, be they fortified products or whole foods.”

Proteins vary in their individual amino acid composition and their level of amino acid bioactivity, among other attributes. Products that carry a “good source of protein” claim must provide more than 10% of the Daily Value (D.V.) of protein per serving, while those making an “excellent source of protein” claim must contain more than 20% D.V. That does not simply translate to 5 grams and 10 grams of protein per serving. It is 5 grams and 10 grams of “high-quality” protein. 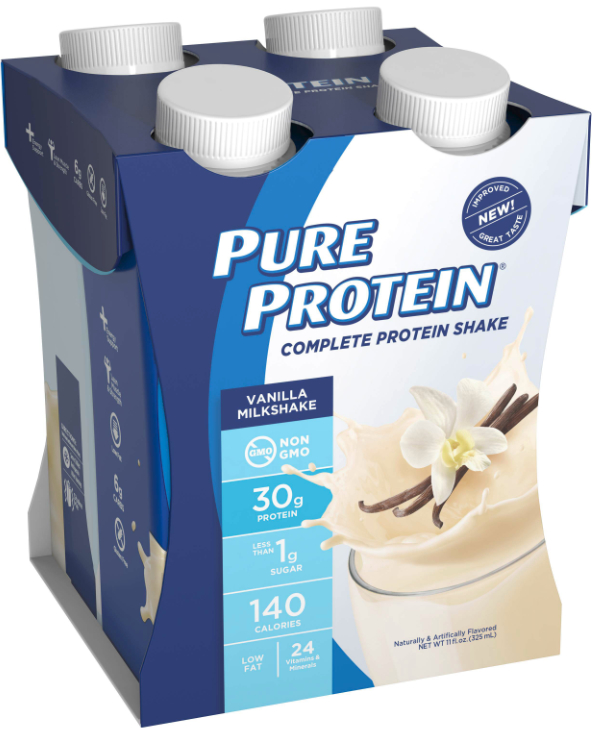 That is because the Percent Daily Value for protein is determined using the Protein Digestibility Corrected Amino Acid Score (P.D.C.A.A.S.), which is an adjustment for the quality of the protein. It is based on the types and amounts of amino acids in the food as well as the overall digestibility. The P.D.C.A.A.S. values range from zero to 1.0, where values are truncated to a maximum score of 1.00, which cow’s milk, casein, whey, eggs and soy protein all possess. Most plant protein sources have lower values. Thus, a yogurt beverage containing 10 grams of milk protein may make an “excellent source of protein” claim. A cultured vegan product with 10 grams of protein from pulses or grains most likely qualifies for a “good source of protein” claim. When making or implying any protein content claim, the U.S. Food and Drug Administration requires the inclusion of the % D.V. to support the protein claim.

The Protein Seekers Insight research showed there are growing segments of the population that select foods based on the quality and purity of the protein ingredients. This makes communicating the information critical.

“Our research showed they have a strong desire to make informed choices,” said Grant Prentice, director of strategic insights at FoodMinds. “There are three primary buckets to categorize protein seekers. More than half (55%) seek out protein because of fitness goals.”

The other two groups embrace protein for its satiating properties or because of their lifestyle-diets such as keto, low carbohydrate or paleo. Each group seeks protein for some type of performance benefit, whether it’s increased muscle strength or managing hunger. It is paramount that all of these protein-seeking consumers get the message that milk proteins are the stronger proteins, Mr. Prentice said.

The Strong Inside campaign is targeted to protein seekers who are open to milk products, which is estimated to be about 40% of the adult population. The consumers make purchase decisions based on high-protein food characteristics. More than half (57%) purchase both whole foods and fortified foods, those that may be formulated with milk proteins. The group needs to be educated about the quality of milk proteins to make sure they seek out foods fortified with the “the strong inside.”

The remaining protein seekers (43%) mainly purchase and consume whole food sources of protein. As a source of incremental volume, the group may benefit from a better understanding of the naturalness of milk proteins and how they are simply isolated and purified from milk.

“We need to give them the fact-based information to enable them to make their own educated choice.” — Jason Stemm, Padilla

“We need to give them the fact-based information to enable them to make their own educated choice,” he said.

The researchers noted flavor differences between the two types of proteins, with plant proteins often described as beany, earthy and sour, while dairy proteins were described as milky, soapy and sweet. Visually, all the proteins in beverages looked different, with noticeable differences in thickness and color.

Ms. Burrington said it is much more challenging to make a product with only plant-based proteins. The inclusion of dairy improves taste, appearance and even mouthfeel.

“Dairy proteins don’t have the flavor challenges plant proteins have, and from a nutritional standpoint, dairy will always be better,” she said.

“The nutritional value is a message we could do a better job with,” she said.