“Our results this quarter were ahead of our expectations, making it the third consecutive quarter that we met or exceeded our outlook,” said Mark A. Clouse, president and chief executive officer. “I am also pleased to see profitability trends are improving, driven by sequential gross margin improvement. In the quarter, we continued to drive sales growth in Global Biscuits and Snacks, fueled by our U.S. Snacks portfolio. The business continues its growth trends on Pepperidge Farm, coupled with improvements in the Snyder’s-Lance portfolio.”

Though the segment is making progress with steady improvement in gross margin and profit, there is more to be done in Meals and Beverages, he said. Mr. Clouse joined Campbell Soup as c.e.o. in late January.

Reflecting the better-than-expected results, Campbell Soup raised its forecast for fiscal 2019 adjusted earnings per share to $2.50 to $2.55 per share, up 2c to 5c from its most recent guidance.

The 16% sales increase reflected a 17-point benefit from the acquisition of Snyder’s-Lance, completed in March 2018. Organic sales were flat with gains in Global Biscuits and Snacks offset by declines in Meals and Beverages. Campbell Soup during the quarter marked the one-year anniversary of the Snyder’s-Lance acquisition, and going forward the business will be included in organic sales growth comparisons.

The company’s adjusted earnings per share were down 5% from the same quarter in 2018, and adjusted EBIT fell 2% to $316 million.

Excluding the contribution of Snyder’s-Lance, the segment’s operating income was lower than in the third quarter of fiscal 2018 because of cost inflation and rising administrative costs, offset by benefits from supply chain productivity programs. Sales were up 1%, excluding Snyder’s-Lance. 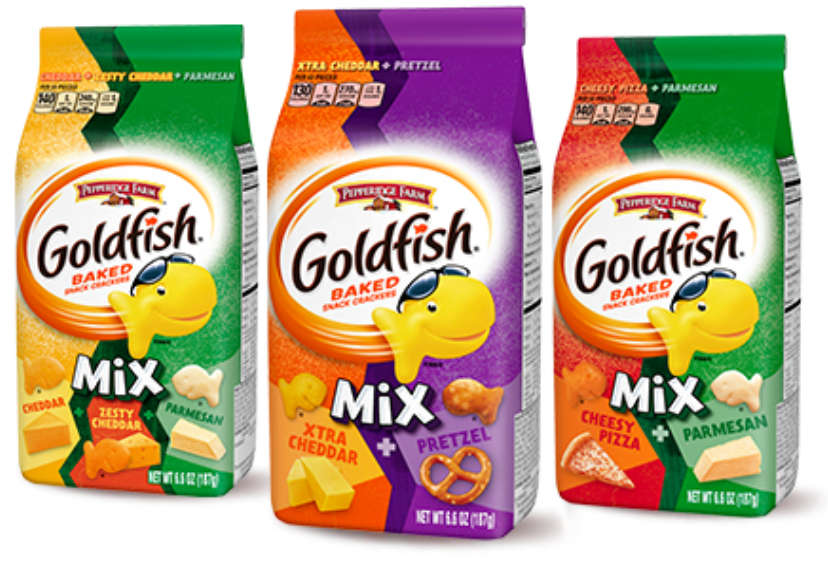 Pressuring profitability were the same factors adversely affecting the Global Biscuits and Snacks segment. Organic sales were nearly unchanged from the year before.

“Solid performance in Canada was offset by decreases in V8 beverages and Prego pasta sauces in the U.S.,” the company said. “The adoption of new accounting guidance for revenue recognition resulted in a positive 1-point impact on sales. Sales of U.S. soup were comparable to the prior year as gains in broth were offset by moderating declines in condensed and ready-to-serve soups.”

During a conference call June 5 with investment analysts, Mr. Clouse highlighted encouraging trends in the company’s soup business. Sales were flat during the quarter, but the company gained share with overall category sales falling 2.6% during the period. The category figure marked an improvement from the previous two quarters, when the category was down 5.5%.

“We are successfully executing our fiscal ‘19 soup plans, which are focused on improving the fundamentals of the business, including pricing and promotion, marketing and innovation,” Mr. Clouse said. “This will establish a solid foundation that we can build upon in the future. In particular, I’m encouraged with the progress the team is making in stabilizing the condensed soup portfolio and improving trends with key retail partners.”

In April, Campbell Soup announced it had reached an agreement to sell its Bolthouse Farms business. The pending sale, together with the recently completed divestitures of the U.S. refrigerated soup and Garden Fresh Gourmet businesses during the quarter, has prompted the company to begin reporting Campbell Fresh as discontinued operations. The discontinued business had an adjusted EBIT of $7 million in the third quarter, versus a $13 million negative EBIT the year before. Sales were $210 million, down 15%. 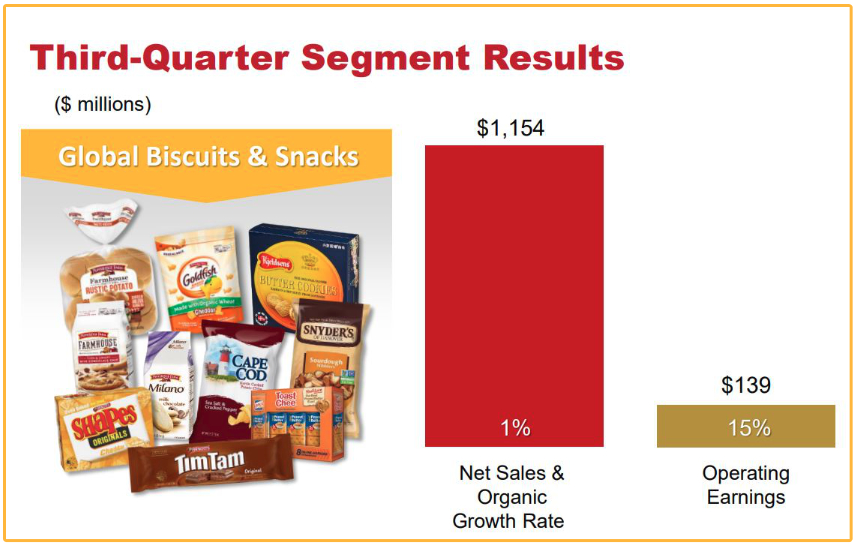 Tensions between the United States and its trading partners was discussed during the conference call by Anthony P. DiSilvestro, senior vice-president and chief financial officer.

On the positive side, the company benefited from the Trump administration’s decision in May to lift tariffs on steel and aluminum imports from Canada and Mexico that had been in place for a year. A portion, less than half, of the steel used by the company for its cans is sourced from Canada. Also a plus will be the avoidance of retaliatory tariffs on soup exported tom Canada, allowing the company to avoid a $20 million negative impact, he said.

Of concern going forward is the threat of new tariffs on Mexico by the Trump administration over Mexico’s handling of the immigration crisis.

“We source some ingredients and packaging items from Mexico for our U.S. business, not a lot, and that could have a, probably I would say, a $2 million to $4 million potential impact,” Mr. DiSilvestro said.