We use cookies to provide you with a better experience. By continuing to browse the site you are agreeing to our use of cookies in accordance with our Cookie Policy.
Home » Insects — a nutritional powerhouse?

NEW ORLEANS — Insects are “the new superfood,” according to panelists speaking at IFT19, the Institute of Food Technologists’ annual meeting and food expo in New Orleans. Much has been said about the protein content of crickets and mealworms; however, recent research shows insects also provide other key nutrients.

“Insects not only contain certain minerals like iron and zinc, but these minerals are also bioavailable for humans,” said Marijn Lanting, product manager at Protifarm, Ermelo, The Netherlands, a producer of insect ingredients.

Pound for pound, buffalo worms deliver as much iron to the body as sirloin beef. Insects also are an excellent source of vitamins B12 and D, Mr. Lanting said.

Edible insects may address dietary deficiencies in developing countries, said Manju Reddy, Ph.D., endowed chair in food science and human nutrition at Iowa State University. She presented the findings of a study measuring the impact of crickets and palm weevil larvae in malnourished rats, concluding the insects are excellent sources of protein and bioavailable iron. 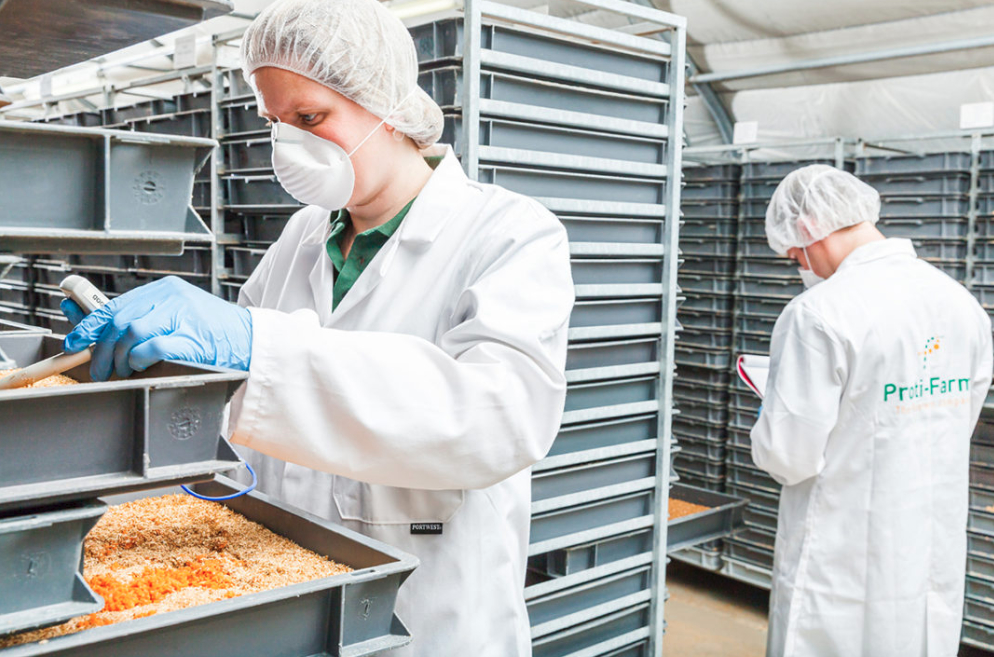 Still, insects have yet to gain mainstream consumer acceptance as a food ingredient in Europe and North America.

Large consumer packaged goods companies may bring the resources and reach to grow the edible insect market, he said.

“I think everyone thought that big C.P.G. would come in earlier, and they haven’t, and it’s in large part because big C.P.G. and ingredient companies really require transparency, visibility, predictability, reliability,” Mr. Mott said. “From that perspective, we really need a robust set of standards, and we need transparency.”

Agriculture and production may impact the nutritional and organoleptic properties of insects, Mr. Mott said.

“There are lots of reasons why insects should be exploding, should be far more popular than they are.” — Gabriel Mott, Aspire Food Group

“I’ve consumed a wide variety of insects, and even within the same species, we’ve seen radical shifts in flavor, odor and appearance, and this is in large part due to the farming practices,” Mr. Mott said. “As global standards become accepted, we’re going to see less risk in the supply chain, more predictability and stability, and less variance from product to product.”

A key to growing the edible insect market may be promoting the additional nutritional benefits beyond protein, Mr. Lanting said.

“If we look at the data that’s out there today, and a lot of that has been published in the last year, I think we can definitely say that insects are a new superfood, and what I hope is we as an industry and people who are selling insects today … not only focus on protein but sell the other story as well,” he said. “I think we have to do that in order to be successful because with just protein we won’t cut it.”

Trends Protein Health and Wellness
Subscribe to Our Newsletters