We use cookies to provide you with a better experience. By continuing to browse the site you are agreeing to our use of cookies in accordance with our Cookie Policy.
Home » General Mills upbeat on global cereal category

PARIS — General Mills, Inc. may not be expecting its U.S. cereal business to lead its growth, but the Minneapolis-based company does feel good about the cereal category globally, said Donal L. Mulligan, chief financial officer.

“Our joint venture with Nestle, with (Cereal Partners Worldwide), is back to low single-digit growth globally,” Mr. Mulligan told analysts during a June 11 presentation at the Deutsche Bank dbAccess Global Consumer Conference in Paris. “We’re seeing mid-single-digit growth in our away-from-home business in the U.S. And if you look at our U.S. retail business, we’re back to growth there, even in Nielsen channels, where we have, over the last 52 weeks, a bit of growth that would probably be 50 or 100 basis points higher when you roll in the non-measured channels. So we feel good about the momentum that we have.”

Mr. Mulligan said General Mills is not expecting its U.S. cereal business to pace the growth, but the company does expect to be showing consistent growth and the high margins in cash generation that are characteristic of that business. He said getting back to some level of growth in U.S. cereal is “encouraging.”

“We’ve been doing it for a couple of years in a row now, (which) is particularly reassuring as we look forward,” he noted.

Mr. Mulligan said growth in cereal is being driven by a number of factors, including the changing environment, reformulation of products, forming partnerships and innovation.

“Coming out of the recession, there was a decrease in households with kids in the U.S.,” he explained. “Households with kids are high-consumption customers for cereal, so that created a headwind for us for a number of years. It’s now begun to neutralize and even start to turn a little bit positive. So that not only is helping today but provides some encouragement as we look forward.” 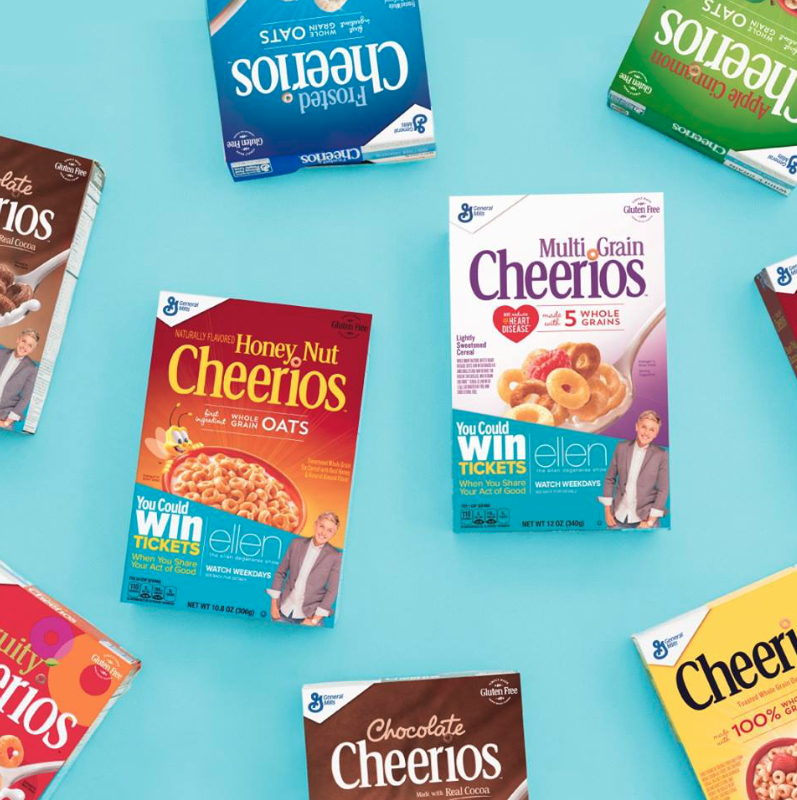 But it’s not just the environment that has changed, Mr. Mulligan said. General Mills also has taken steps in recent years to reformulate its products to take out what Mr. Mulligan referred to as “the veto votes” around artificial flavors, colors and sweeteners. He said General Mills’ reformulation efforts have opened the door to customers who previously voiced concern with certain cereals, which in turn has transitioned to growth.

General Mills also has benefited from marketing partnerships. A two-year partnership with talk show host Ellen DeGeneres has been successful in underpinning the company’s Cheerios business, Mr. Mulligan said. He said the partnership revolves around doings acts of good.

“We’ve got some good innovation, whether it’s in, I’d say, pockets of the business, like smaller pockets like in our granola and muesli, consumers looking for satiety in breakfast,” Mr. Mulligan said. “Through Nature Valley and Cascadian Farm brands we’re the leaders in those spaces. And then I mentioned that the households with kids are growing in the U.S., and a large contributor to that is the increase in Hispanic households with kids. So we reached them quite directly through different channels and being in the right stores, but we also look at innovation as an opportunity. Cinnamon Toast Crunch, which is a very popular product across the consumer spectrum in the U.S., we introduced a Churros version. So just a little bit more familiar product form, which has helped drive further penetration.

“So there are a number of things that we’ve done — marketing, innovation and product reformulation — that have all underpinned that growth that we think still have a lot of legs to go.”