We use cookies to provide you with a better experience. By continuing to browse the site you are agreeing to our use of cookies in accordance with our Cookie Policy.
Home » Four ways Pepperidge plans to unlock additional Goldfish growth

CAMDEN, N.J. — One of the goals at Campbell Soup Co. going forward is to sustain the momentum in its Pepperidge Farm business. To achieve that goal, the company plans to “unleash the growth” in its Goldfish brand in four ways, said Carlos Abrams-Rivera, senior vice-president and president of Campbell Snacks.

Speaking to investors during the company’s June 13 Investor Day in Camden, Mr. Abrams-Rivera said Pepperidge is looking to renovate its core, bring new packaging formats to stores, uncover new ways to inspire children to play with Goldfish and extend into areas outside the core demographic.

As Pepperidge looks to renovate the core Goldfish brand, Mr. Abrams-Rivera stressed the company is attacking its mission from a place of strength.

“We know we have a baked cracker that has whole grains, that has real cheese, and we have now switched our colors to be made from plants,” he said. “But we also believe there’s even more opportunity as we go forward, inspired by our single mission, the idea of actually — you’ll be seeing coming up next year — bringing real vegetable solutions into our Goldfish platform. This is something that is part of our bringing new capabilities into Campbell Snacks.”

Mr. Abrams-Rivera also pointed to the importance of having the right “demand moment.” To that end, he said the company is focused on making sure it has the right solution for the consumer. 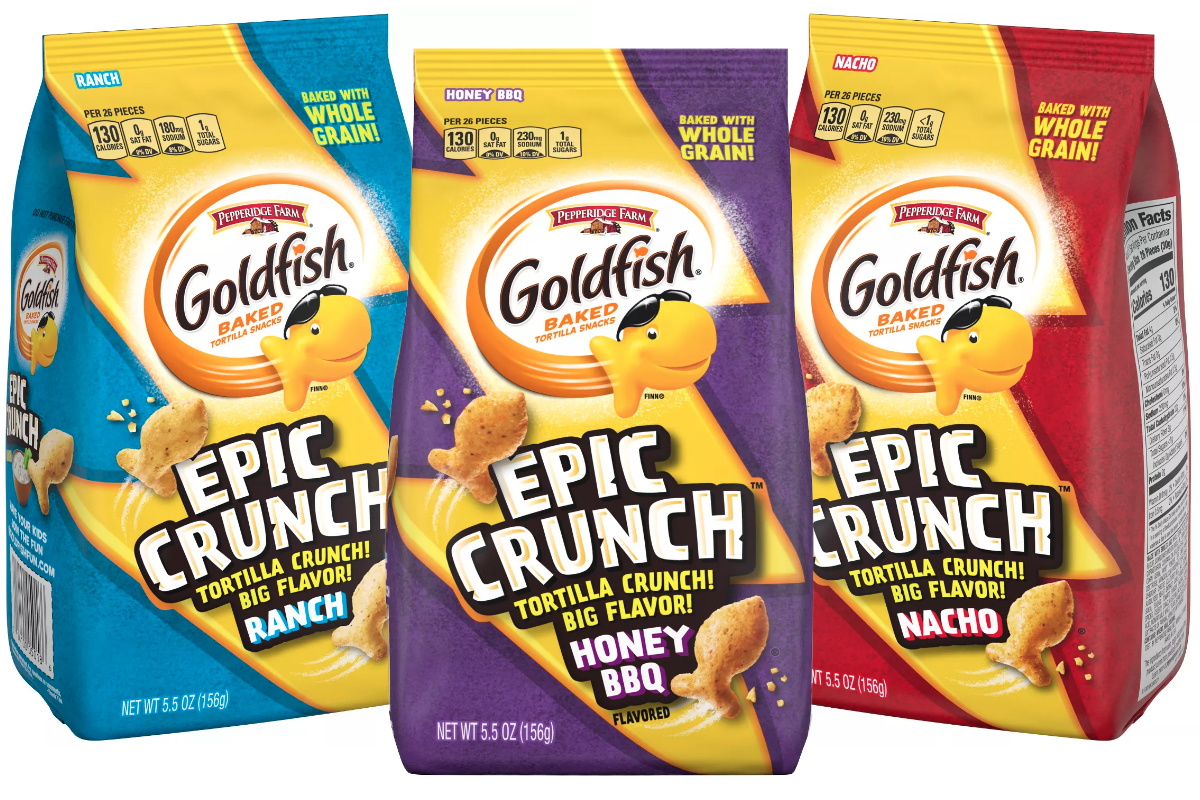 “A big part of that is making sure we have the right packaging format,” he explained. “So we are going to be focused on driving new price architecture, going to new channels to make sure the consumers are looking for us. They have us in the way they want to shop for us.”

To satisfy its growth objective of inspiring children, Pepperidge will continue to build out its partnerships with other visible brands, he said. He mentioned upcoming collaborations with Disney and Pixar as opportunities to grow awareness about Goldfish products.

Taking the Goldfish brand beyond its core consumer represents another objective for Goldfish. Mr. Abrams-Rivera used the company’s recent launch of Epic Crunch Goldfish as an example of what the company has in mind.

“We knew for (a couple of years) now that this was an area of opportunity for us,” he said. “We really have the right capabilities in-house to be able to do it. So one of many things we have done with Snyder’s-Lance is actually bake a tortilla-like product in one of their Snyder’s-Lance bakeries in a way that actually brings something new to the world that we couldn’t do before, with 18 grams of whole grains and actually unique flavors and making sure we actually are attracting that older kid that it continues to be in the Goldfish franchise.”