We use cookies to provide you with a better experience. By continuing to browse the site you are agreeing to our use of cookies in accordance with our Cookie Policy.
Home » The ‘mad scientist’ behind Milk Bar

The ‘mad scientist’ behind Milk Bar

NEW YORK — The inspiration for Christina Tosi’s famed creations was sparked in the aisles of a Midwestern supermarket years ago. The chef and founder of Milk Bar, known for several trademarked treats, including Cereal Milk soft-serve and the Compost Cookie, credits her childhood traditions of ice cream splurges and weekly grocery shopping for influencing the offbeat indulgences served at her bakery and dessert shops.

“I wanted it to be a riff on a modern-day Dairy Queen meets a celebration of my love of baked goods … hence the product mix of cookies, cakes, pies, soft-serve ice cream, cake truffles and everything in between,” Ms. Tosi said at  the Summer Fancy Food Show, held June 23-25 in New York. “Some of the things on our menu at Milk Bar I was concocting like a mad scientist from my teenage years at home in the kitchen.”

Over the past decade, Milk Bar has expanded to 16 locations in New York, Washington, Los Angeles, Las Vegas, Boston and Toronto. A number of items on the menu have gained a cult-like following: a cornflake marshmallow chocolate chip cookie, a confetti layer cake and a gooey butter pie with an oat crust previously known as Crack Pie (The name, a nod to the addictive nature of the dessert, was changed to Milk Bar Pie earlier this year amid criticism). 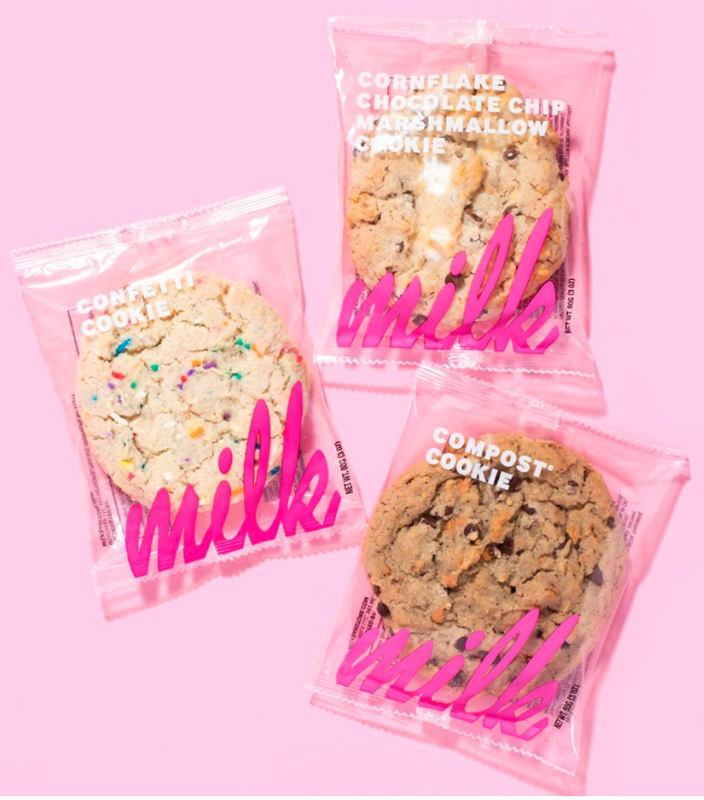 “The product by and large is familiar and unexpected mashed together,” she said. “My philosophy on food is that good food is simple but has an individuality to it … It’s something that’s as simple as a cookie, but my rules at Milk Bar were … okay, you can make a cookie, but you can’t make a chocolate chip cookie because chocolate chip cookies already exist in the world.”

She added, “It’s basically me walking down the aisles of the grocery store on Fridays as a kid and taking the foods and the flavors that resonate with me most but delivering them in a somewhat unexpected way. It’s sort of premium but accessible.”

Menu development at Milk Bar is fueled by nostalgia, whimsy and the discipline of authenticity.

“Our birthday layer cake took two years to develop, and the simple inspiration of it was that funfetti cake and tub of frosting that sits on the aisles of the grocery store, (but it) took two years for us to figure out how to deconstruct it and make it from scratch and layer it back up to capture all of that emotion and nostalgia and feeling that we had in our pasts,” Ms.  Tosi said. “The hard part of running a business that’s based around innovation is that could happen the first day you work on something, but it could also happen two years later, and you have to be really real and patient about that pursuit because until the ‘aha’ hits, it doesn’t go on the menu. It doesn’t leave the doors of the kitchen.”

In 2008, Ms. Tosi opened the first Milk Bar location in New York City’s East Village with business partner David Chang, the restaurateur and founder of the Momofuku restaurant group. The enterprise has grown to nearly 400 employees with a leadership team that includes chief operating officer Sujean Lee, previously of Chobani, and vice-president of brand and marketing Sarah Tabb, formerly of the Coca-Cola Co. 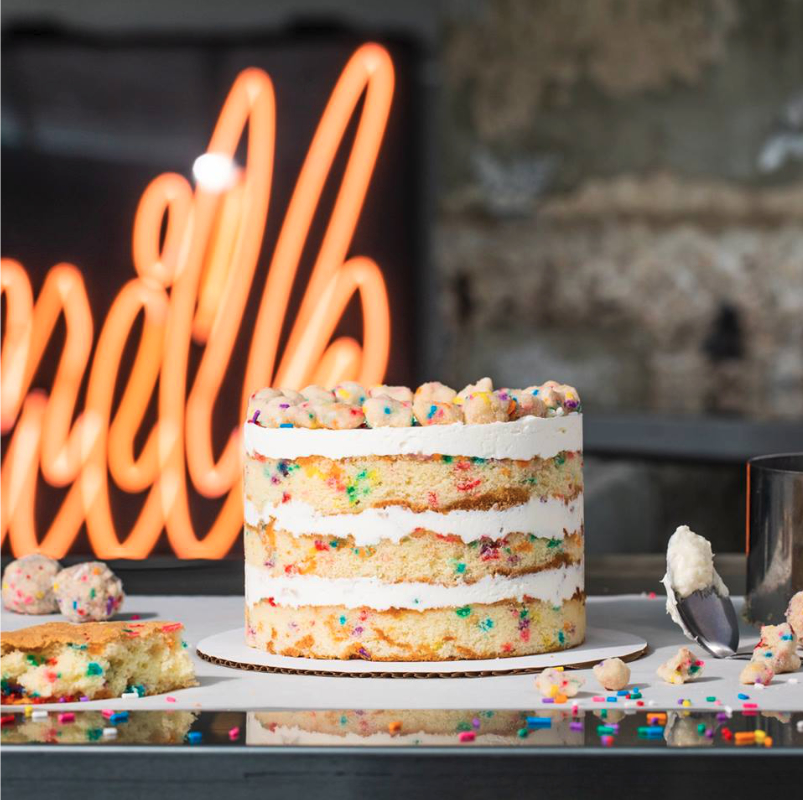 “The secrets to our success have been focused,” Ms. Tosi said. “One, we’ve always been honest about who we are, and we’ve always been patient about how we look at Milk Bar and how we grow Milk Bar. I was very careful to not take money at the very beginning because I knew how tricky the food business was, I knew how tricky a bakery business was, and I wanted to make sure I had something that had legs, that could sustain on its own without the influx of cash.”

Ms. Tosi is strategic in growing Milk Bar’s brick-and-mortar presence in markets “we know are meaningful to us,” she said. Recently, the company revamped its e-commerce site, which Ms. Tosi refers to as “our care package business.”

“Eighty per cent of our care package business comes from states where we don’t even have stores,” Ms. Tosi said. “Our community is much larger than the stores, and on many levels we are thinking about how do we want to reach our people and how do people want to be reached, all while maintaining familiar yet unexpected and premium but accessible…

“How do we bring this thing that was inspired by the aisles of the grocery store, the flavors that we know and love? How do we create this really meaningful, joyful, innovative ecosystem?”