We use cookies to provide you with a better experience. By continuing to browse the site you are agreeing to our use of cookies in accordance with our Cookie Policy.
Home » Hitting the sweet spot in ice cream innovation

NEW YORK — Michael Shoretz made a lot of bad ice cream before fine-tuning his formulation for a high-protein, low-sugar version that would eventually become the fastest-growing brand in the segment.

In 2011, Mr. Shoretz, then a New York-based personal trainer with a bachelor’s degree in health policy, sought to solve a common dilemma among his clients at the gym. They wanted to be fit but also loved eating ice cream. At the time, the better-for-you ice cream category consisted of low-fat options that were loaded with sugar, Mr. Shoretz said.

A self-professed “supermarket nerd” with no food industry experience, Mr. Shoretz purchased an ice cream maker and began experimenting with healthier ingredients in his home kitchen. Countless prototypes and iterations led to the launch of Enlightened ice cream in 2013. Today, the lineup includes dozens of pints and bars that are sold in more than 12,000 retail outlets, including Whole Foods Market, Kroger and Target.

The privately held parent company Beyond Better Foods, L.L.C. generated approximately $74 million in sales in the 52-week period ended May 19, up 54% from the year before, according to SPINS syndicated data.

Enlightened is marketed not as a better-for-you ice cream but a “feel-good" ice cream and has gained a sizeable following in health and fitness communities. Sweetened with monk fruit extract and erythritol, the products contain 60 to 100 calories per serving with 6 to 8 grams of protein, 5 grams of fiber and 3 grams of sugar. 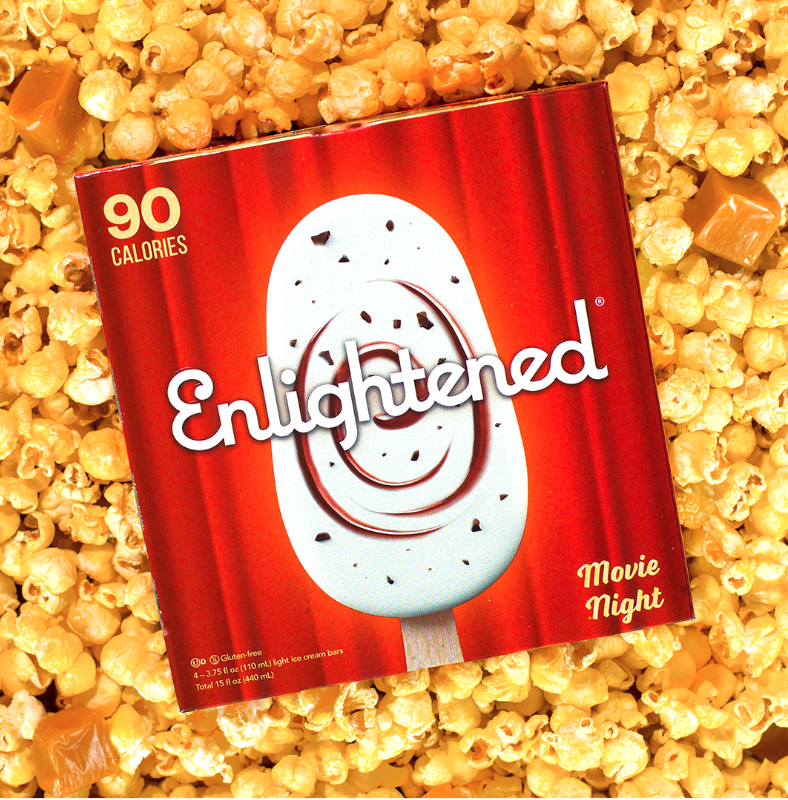 Flavors range from the classics — including mint chocolate chip, chocolate chip cookie dough and cookies and cream — to the unexpected, such as glazed donut, french toast and marshmallow peanut butter. The latest limited-edition variety, All That and a Bag of Chips, features potato chip ice cream with chocolate chips and a salted fudge swirl.

“For us, those flavors are ways to get people interested in our brand because at the end of the day there’s a lot of vanillas, and there’s even a lot of vanilla better-for-you products, but they’re vanilla,” Mr. Shoretz, chief executive officer of Beyond Better Foods, said in an interview with Food Business News at the Summer Fancy Food Show in New York. “How can we differentiate ourselves? We can differentiate ourselves by delivering fun new eating experiences.”

“What we found is that’s the flavor with the highest incidence of repeat purchase of our brand,” he said. “So once people try Movie Night, they’re more likely than any other flavor to come back and buy our brand again. That was kind of a data point that for us made us feel like we made the right choice to launch this off-the-wall flavor.”

The $12.8 billion ice cream and frozen novelties market in the United States is mature with low dollar sales growth and declining volumes, according to Packaged Facts, Rockville, Md. Low-calorie, high-protein and reduced-sugar ice cream from brands including Enlightened, Halo Top and Arctic Zero have helped drive sales in the stagnant category. Established players, including Nestle and Unilever, have responded to the trend by introducing similar products to the marketplace. Meanwhile, light, low-fat, fat-free and no-sugar-added varieties have declined in favor over the past decade, Packaged Facts said.

Sugar reduction is a key focus of product development at Beyond Better Foods. Mr. Shoretz’s interest in health and nutrition began in high school when his father was diagnosed with type 2 diabetes.

“We’re increasingly focused on sugar, looking for ways to address our consumers’ concerns around sugar,” he said. “I think there’s a lot of things that are fads and will come and go, but I think sugar reduction will never go away. People are always going to want less sugar.”

As demand for plant-based foods and beverages has intensified, the company recently added non-dairy frozen desserts to the Enlightened lineup. The products contain almond milk and fava bean protein.

“When I first tried the fava beans, what I noticed was compared to a lot of other beans, they tasted less beany,” Mr. Shoretz said. “They had a cleaner taste profile to it, and when we were looking for a source of protein in our dairy-free, it was one of the first things we thought of, just because you don’t want that ‘proteiny,’ beany taste, particularly in a frozen dessert, and it turns out that fava bean protein is on the rise with more food suppliers out there, so it was a logical choice for us.” 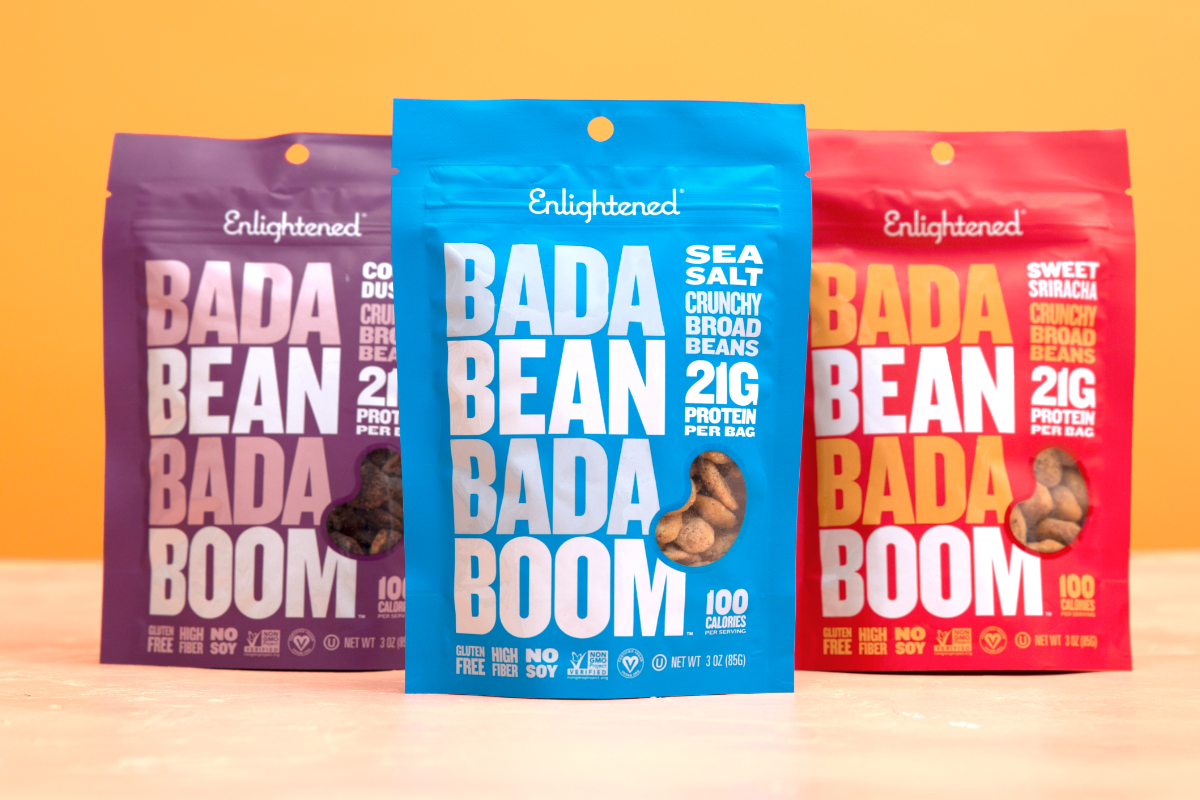 In addition to Enlightened, Beyond Better Foods markets Bada Bean Bada Boom, a brand of roasted broad bean snacks in sweet and savory flavors, including sea salt, sriracha, barbecue, sweet cinnamon, wasabi, garlic and onion, and cocoa. A serving contains 100 calories, 7 grams of protein, 3 grams of fat and 5 to 6 grams of protein.

“With the broad beans, I first discovered that on the streets of Thailand in 2014 and wondered why there wasn’t a healthy fava bean or broad bean snack here in the U.S.,” Mr. Shoretz said. “I started developing it, and it’s now become the bestselling bean snack on Amazon, hopefully one day the bestselling snack on Amazon. It’s been a lot of fun developing that line.”

Last year, Beyond Better Foods launched a third brand, Cloud10, which is a line of crispy marshmallow treats with 15 grams of protein. Made with brown rice, brown rice syrup, and soy protein, varieties include original, birthday cake, chocolate coconut and double chocolate.

“Rice crispy treats were a favorite of mine as a kid,” Mr. Shoretz said. “I saw in the market there wasn’t a healthier option, and when you look at traditional rice crispy treats, they have 30 grams of sugar in a 3-oz serving, and we created a product that has less than half of that … with no artificial sweeteners or high-intensity sweeteners. In fact, we just made it with less sugar, and it turns out it’s plenty sweet; we don’t need quite that much sugar.”

He described research and development as a “continuous process” at the company, which employs approximately 50 at its Bronx headquarters. 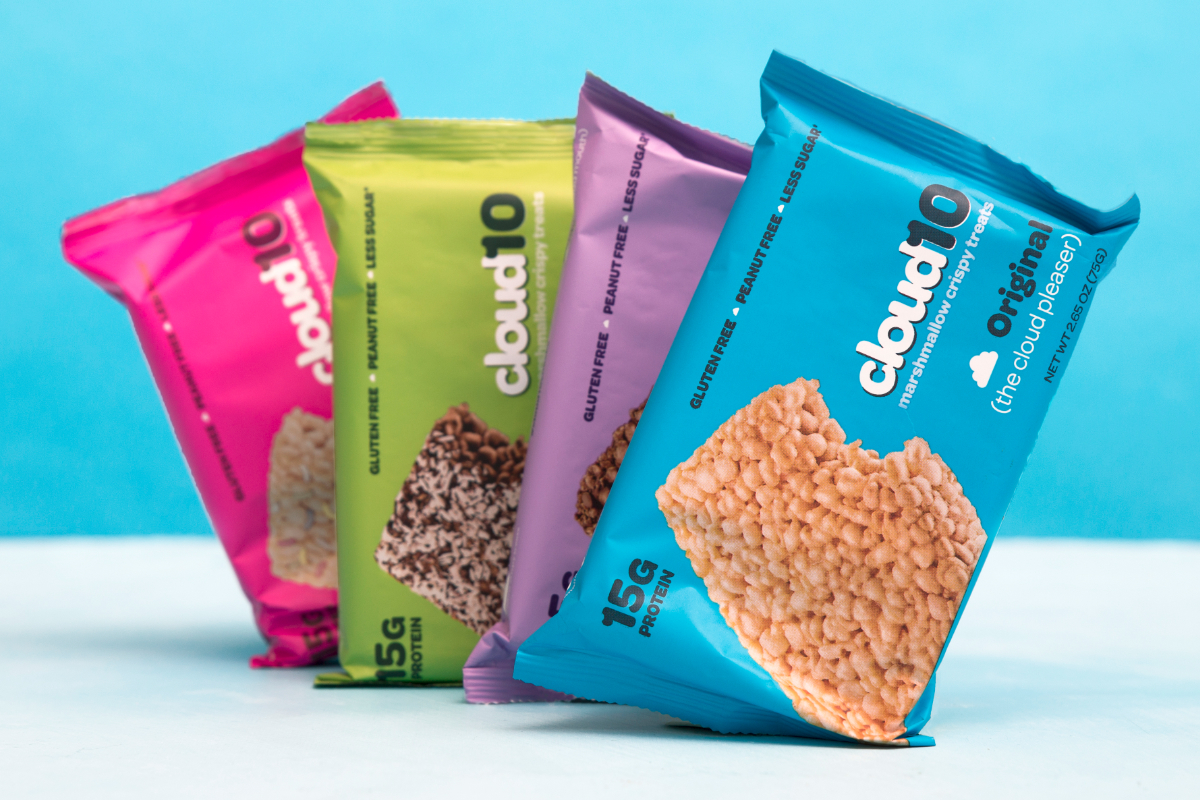 “Other brands may have an R.&D. phase and then a launch phase,” Mr. Shoretz said. “Our R.&D. phase just never stops. I think that’s what enabled us to stay ahead.

“At the end of the day, research and development and innovation are what’s going to make or break our brand and is going to be the future of Beyond Better Foods as a company. We’re not Nestle, we’re not Unilever, so continuing to be ahead of the curve, whether that means launching new products or making our current products better, that’s the ticket for us. That’s why I attend I.F.T. (the Institute of Food Technologists’ annual meeting and food exposition) and other ingredient-focused shows to see the latest technologies or ingredients out there that we can use to deliver a product that tastes great and fits with our principles of great nutrition.”