The leading drivers of plant-based sales continue to be meat and dairy alternatives, including milks, cheese, yogurts and ice cream. Sales of plant-based milks grew 6% over the past year and now make up 13% of the entire milk category, while cow’s milk sales declined 3%. 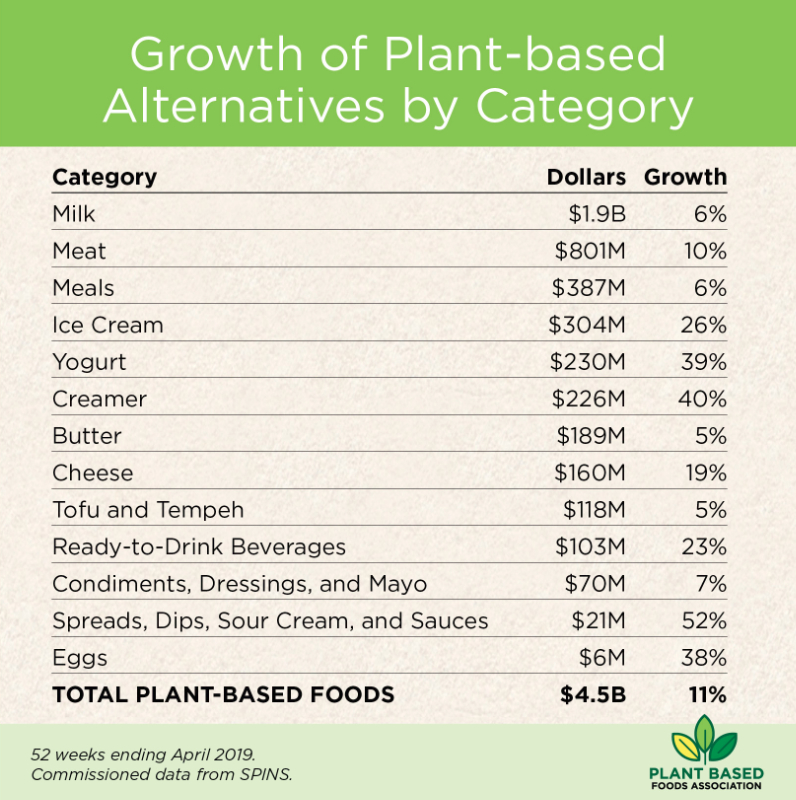 “This is just the beginning of a massive growth period for plant-based foods,” said Caroline Bushnell, associate director of corporate engagement for The Good Food Institute. “Consumer appetite for plant-based foods is surging as consumers increasingly make the switch to foods that match their changing values and desire for more sustainable options. This growth will continue as more companies bring next-generation innovations to market that really deliver on the most important driver of consumer choice: taste.”

The P.B.F.A. added that retailers should respond to the growing demand for plant-based foods by offering more variety and maximizing shelf space.