We use cookies to provide you with a better experience. By continuing to browse the site you are agreeing to our use of cookies in accordance with our Cookie Policy.
Skip To Content
Home » Steps to feed the world, save the planet by 2050

Steps to feed the world, save the planet by 2050

WASHINGTON — The global food system needs to change to make sure people have enough food to eat in 2050 without destroying the planet, according to “Creating a Sustainable Food Future,” a World Resources Report released July 17. Reducing food waste, eating more plant-based food instead of animal-based food, and investing in bioengineered/genetically modified plants are some of the possible changes mentioned in the report.

The World Resources Institute, the World Bank, the United Nations Environment Program, the United Nations Development Program, and the French agricultural research agencies CIRAD and INRA partnered to produce the 564-page report, which may be found here. The report expects the global population to reach 9.8 billion by 2050, up from 7 billion in 2010.

“Millions of farmers, companies, consumers and every government on the planet will have to make changes to meet the global food challenge,” said Andrew Steer, president and chief executive officer of the Washington-based World Resources Institute. “At every level, the food system must be linked to climate strategies as well as ecosystem protections and economic prosperity.” 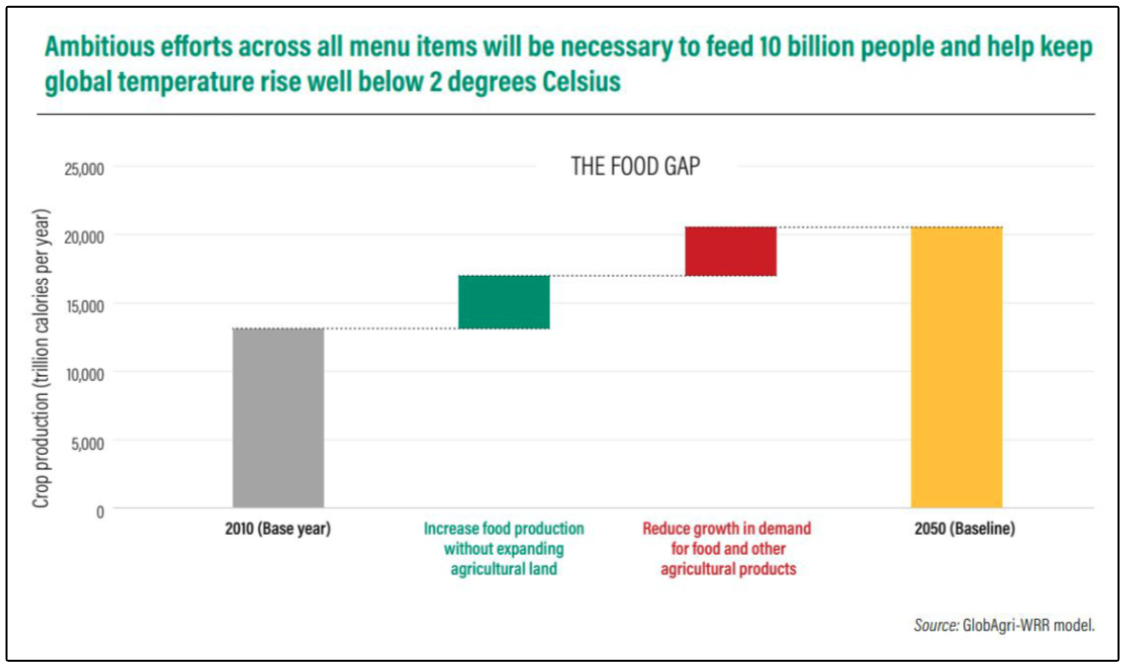 Genetically modified crops could assist in boosting yields and thus increasing food production without expanding agricultural land area, according to the report. Genetic modification typically refers to inserting specific genes, often from a different species, into the genome of a plant.

“At this time, there is no evidence that G.M. crops have harmed human health,” the report’s authors said. “The vast majority of studies have found no adverse health effects. Even G.M. critics ague that they oppose G.M. crops mainly because the risks have been insufficiently studied.”

Evidence shows genetically modified Bt (Bacillus thuringiensis) crops so far have allowed farmers to reduce their use of insecticides.

“Overall, the weight of evidence supports the proposition that G.M.O.s to date have led to meaningful but not large yield gains on average for Bt crops,” the report’s authors said. “Nonetheless, precise data are lacking.”

Yield gain from G.M. crops is stronger and intuitively more likely in developing countries for two reasons. One reason is farmers have less access to other pesticides. The other is pests tend to flourish in warmer environments, which are more common in developing countries. USAID and the Bill & Melinda Gates Foundation are supporting public breeding institutions in their efforts to affordably provide Bt maize in Africa.

“At this time, there is no evidence that G.M. crops have harmed human health."

Another way to boost yields comes when seed companies create breeding cycles that require only four or five years from one generation of products to the next. The report listed a “highly ambitious” goal of 2050 crop yields rising to 56% above 2010 levels. “Breakthrough technologies” could lead to a 69% yield increase.

Reducing the consumption of ruminant meat (beef, sheep and goat) ranked as the most promising strategy for reducing agricultural land requirements and greenhouse gas emissions. Globally, more diets are converging toward Western-style, which is leading to an increase in animal-based food consumption and a decrease in consumption of beans and other pulses, other vegetables, coarse grains and dietary fiber. As incomes climb around the world, the report projects demand for animal-based foods will grow by 68% between 2010 and 2050, which includes a growth in demand of 88% for ruminant meat.

Production of animal-based foods accounted for more than three-quarters of global agricultural land use and about two-thirds of agriculture’s production-related greenhouse gas emissions in 2010, according to the report. Cutting ruminant meat consumption by 10% would reduce the land gap by roughly 30% and the greenhouse gas mitigation gap by roughly 16%.

Reducing portion sizes at restaurants is one way to reduce food waste. A 25% reduction in food waste would make more food available and reduce the size of the food gap to a 50% shortfall from a 56% shortfall. On average, U.S. diners do not finish 17% of the food they buy at restaurants, according to the report, and they leave 55% of the leftovers behind.

Consumer confusion surrounding terms such as “use by,” “sell by” and “best before” on retail food packaging also creates food waste. The report said food product manufacturers could move to a “closed date” system that would replace a “sell by” date with a code that would be scanned or read by the manufacturer and retailer but not the consumer. 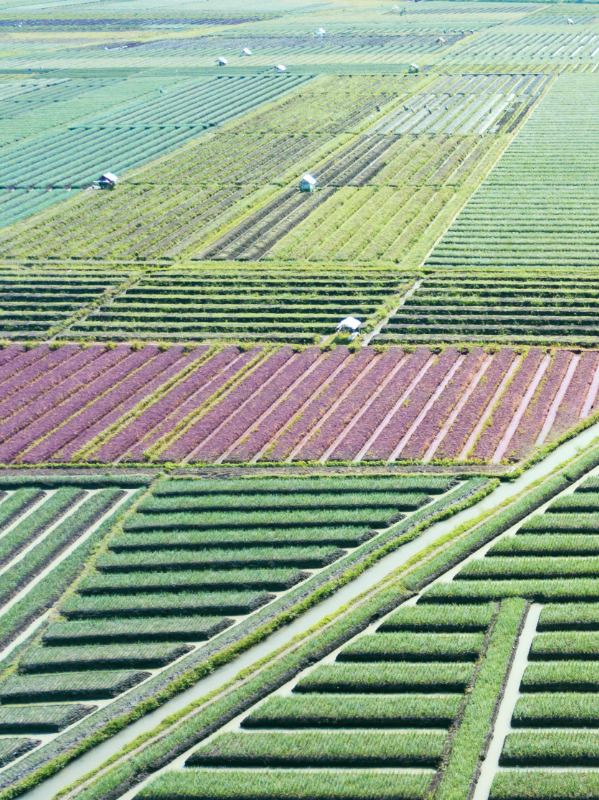 Food waste comes in various stages of the food supply chain. In sub-Saharan Africa, postharvest grain losses may reach $4 billion per year. In the United States, the average family of four wastes about $1,500 worth of food annually.

New technology could improve the world’s food situation in many areas.

“There is no realistic potential to create a sustainable food future without major innovations,” said Tim Searchinger, senior fellow at the World Resources Institute and lead author of the report. “Industry is already creating exciting breakthroughs like feeds that suppress the formation of methane in cows’ stomachs. We need both more funding for research development and flexible regulations to give the private sector incentives to innovate.”

Getting more women involved in agriculture could assist in sustainable food production as well. The World Bank has estimated that if women farmers had the same access as men to fertilizers and other crop inputs, maize yields would increase by 11% to 16% in Malawi, by 17% in Ghana and by 20% in Kenya. Overall, ensuring women’s equal access to productive resources could raise total agricultural output in developing countries by 2.5% to 4%.

“The opportunity to transform the food system should not be ignored,” said Laura Tuck, vice-president for sustainable development at the World Bank. “Rewarding farmers for producing more diverse and nutritious foods in a much more sustainable manner will help increase their incomes and create jobs, build healthier societies, reduce greenhouse gas emissions and support the recovery of the essential ecosystem services. Public funding should be examined and, if need be, redesigned to support more sustainable use of natural resources and better align food production with countries’ sustainable development goals.”