We use cookies to provide you with a better experience. By continuing to browse the site you are agreeing to our use of cookies in accordance with our Cookie Policy.
Home » Standards and goals in poultry pathogen reduction

Along with the University of Georgia and USPOULTRY the event was put on by a National Turkey Federation (N.T.F.) member launching two new products, one for on-the-farm use and the other for use in processing plants, according to Lisa Wallenda Picard, senior vice-president of policy, trade and regulatory affairs at N.T.F.

Because it was a new product launch, Ms. Picard did not speak to the effectiveness of the products and didn’t get into that level of detail with the product launch. She did address the need for the industry to look at food-safety interventions and the importance of making sure all steps are being followed. She reassured attendees that food safety is not a competitive issue and the poultry industry as a whole, along with academia and regulatory bodies, continues to work diligently on controlling Salmonella and Campylobacter.

“As an industry, we have been very focused on this issue for quite some time and it’s something we have zoned in on even closer in the last year or so,” says Beth Breeding, vice-president of communications and marketing at N.T.F. “We’re working as an industry together.”

Breeding went on to explain that everyone involved in the poultry industry, whether it be processors, producers, regulators or those in academia, were in tune with one another and when something worked for someone, they shared it openly.

“We’re also doing a pretty decent amount of consumer education too,” Ms. Breeding said. “Because ultimately, the last food safety step before that product is consumed is at home when it’s being prepared. We want to make sure they know what they’re doing and some of the key areas where mistakes can be made that can lead to illnesses.”

While there is no silver bullet to preventing Salmonella and Campylobacter, Ms. Picard said research still focuses on finding one, and that’s the right strategy. She also agrees with Breeding that educating consumers at home in the kitchen makes a big difference.

“We know we could give the consumers a sterile product and if it’s not handled properly or cooked properly, we could end up with the same result,” Ms. Picard said. “Salmonella is one of those few that we know if you handle it properly it’s taken out of the realm of concern as far as from the home.”

Many of the experiments using a limited number of serotypes have not been carried out long enough, Mr. Applegate said, and among other things, the science is just too new.

Mr. Applegate covered some of the many different categories of products that fall under feed additives. Specifically, he focused his presentation on probiotics, plant extracts and prebiotics, also typically coming from plants. For example, chicory root produces a high amount of fructooligosaccharides.

“The prebiotic component is really the fructooligosaccharide that would produce the beneficial bacteria populations and be synergistic with them," Mr. Applegate said. "That’s the compound that we’re really looking for."

Short chain fatty acids and beta glucan also have some prebiotic-like activity. According to Mr. Applegate, all these subcategories of prebiotics have somewhat different functions in relation to the animal and the microbial community in the gastrointestinal tract. 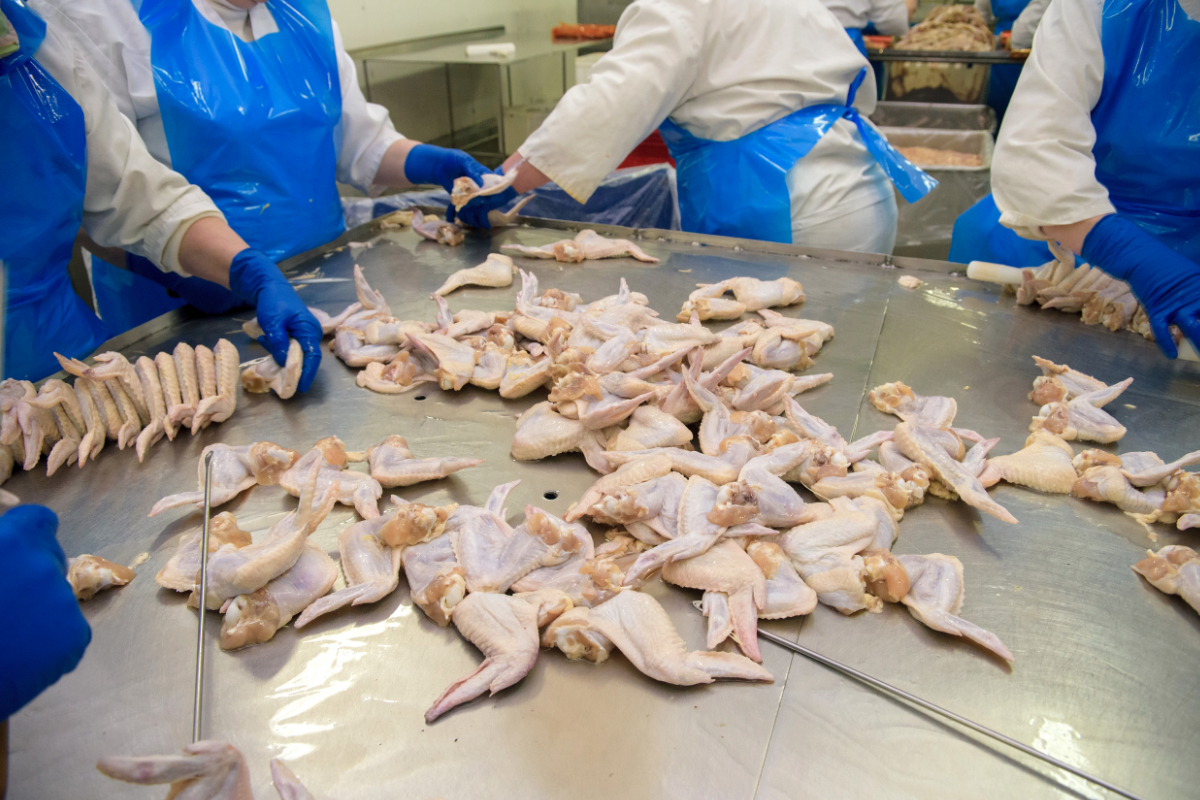 “They each have a little bit different mechanism," he said. "All of them are pretty good and we’re looking at combinations of those to try and figure out what that beneficial effect is."

All the prebiotic feed additives Mr. Applegate mentioned are commercially available and will often be included with a probiotic in a single product. He offered this take away to poultry producers:

“I’d say a lot of what we know in this category, how these classes of compounds work in the animal to knock down foodborne pathogens, I would still call it a little bit of a young science.”

A graph in his presentation showed 34 articles on probiotic research in Poultry Science and the Journal of Applied Poultry Research, from 1952 to 2006. From 2006 to 2017, the two journals published 167 articles.

Mr. Applegate and others continue to try to figure out the role of feed additives in preventing Salmonella and Campylobacter and whether the actual load reduction is predictable. When a company invests in a new product or service, it expects a return on investment and a rate of return. There is some hesitation because a way to calculate the rate of return has yet to be discovered.

“Because of brand image and some things that have happened such as recalls, a lot of integrated poultry companies are having a lot of discussions,” Mr. Applegate said. “There is willingness to invest in some of these feed additives, but it’s still an open question. Is it really efficacious? Is it not? Does it really reduce my total load coming in the front door of the processing plant? Those are still open questions.”

To control Salmonella and Campylobacter inside the processing facility, staff must not only execute the interventions, but also validate those interventions scientifically to ensure they work, said Juan F. DeVillena, director of quality assurance and food safety at Wayne Farms, during his presentation. He also pointed out that processing plants each have individual needs.

“That’s the other part that I touched on when I presented it," Mr. DeVillena said. "That what I validate for me at my plant might not apply to a different plant in a different place.

Mr. DeVillena also talked about the abilities of pathogens to change and become more, or less, threatening as time goes on.

Currently, peracetic acid (P.A.A.) has proved effective in the right amounts and applications to help reduce Salmonella, but Mr. DeVillena said during his presentation at least one serotype, Salmonella infantis, has shown resistance, and that P.A.A. is not as effective against Campylobacter.

“Campylobacter is the next thing that we need to focus on,” he said. “I don’t know if P.A.A. is going to be the chemical to go to.”

Mr. DeVillena said that Campylobacter doesn’t get the same focus as Salmonella, so once Campylobacter does start to make regular appearances on food safety radar, industry will need something other than P.A.A..

“Either the chemical companies are going to have to work on it, and I’m pretty sure they’re already working on it, to develop a new chemical with all the safety considerations, especially employee safety, or other non-chemical interventions for Campylobacter, so we are working on that as well,” Mr. DeVillena said.

Mr. DeVillena also touched on the change in standards brought on by the 1996 HACCP rule. Before HACCP, the standard ratio for Salmonella was 12/51 for broilers and after HACCP the current standard is 5/51. The change was driven by the Initiative for Healthy People 2020. Mr. DeVillena noted however there was not a science to the new standard. The old standard was simply cut in half, and one more removed to go from 12/51 to the new 5/51.

He went on to say the numbers used for the new standard and the categories come from a study in the 1950s that stated 25 percent of whole birds were contaminated with Salmonella and 12/51 is roughly 25%, that was the standard. The Initiative for Healthy People 2020 required cutting that by a little more than half, 5/52. The categories were created to showcase a facility cutting the new standard in half, from 5/52 to 2/52.

All involved in the session agree that the challenges throughout the food supply chain related to threats posed by Salmonella and Campylobacter are not going away. They will continue to exist throughout nature, but the meat industry, and specifically the poultry processing industry are, and must continue to, work diligently to control the pathogens as much as possible and continue to develop and evolve best practices for doing so.