We use cookies to provide you with a better experience. By continuing to browse the site you are agreeing to our use of cookies in accordance with our Cookie Policy.
Skip To Content
Home » Starbucks’ afternoon delight: Cold drinks boost sales in the daypart

“In the U.S., comp sales were up 7%, including comp transaction growth of 3%,” said Kevin R. Johnson, president and chief executive officer, in a July 25 earnings call. “Importantly, we saw comp growth across all dayparts, including the afternoon for the first time in three years. This strong performance was driven by three key factors: an enhanced customer experience, relevant new beverage innovation and accelerated expansion of digital customer relationships.”

The cold beverage platform was the catalyst for afternoon sales growth, he said.

“A customer favorite, Nitro Cold Brew, remains on track to be deployed across all U.S. company-operated stores and be supported by advertising by the end of the fiscal year,” Mr. Johnson said. “Iced espresso beverages, including Cloud Macchiato and Starbucks Refreshers, performed well.” 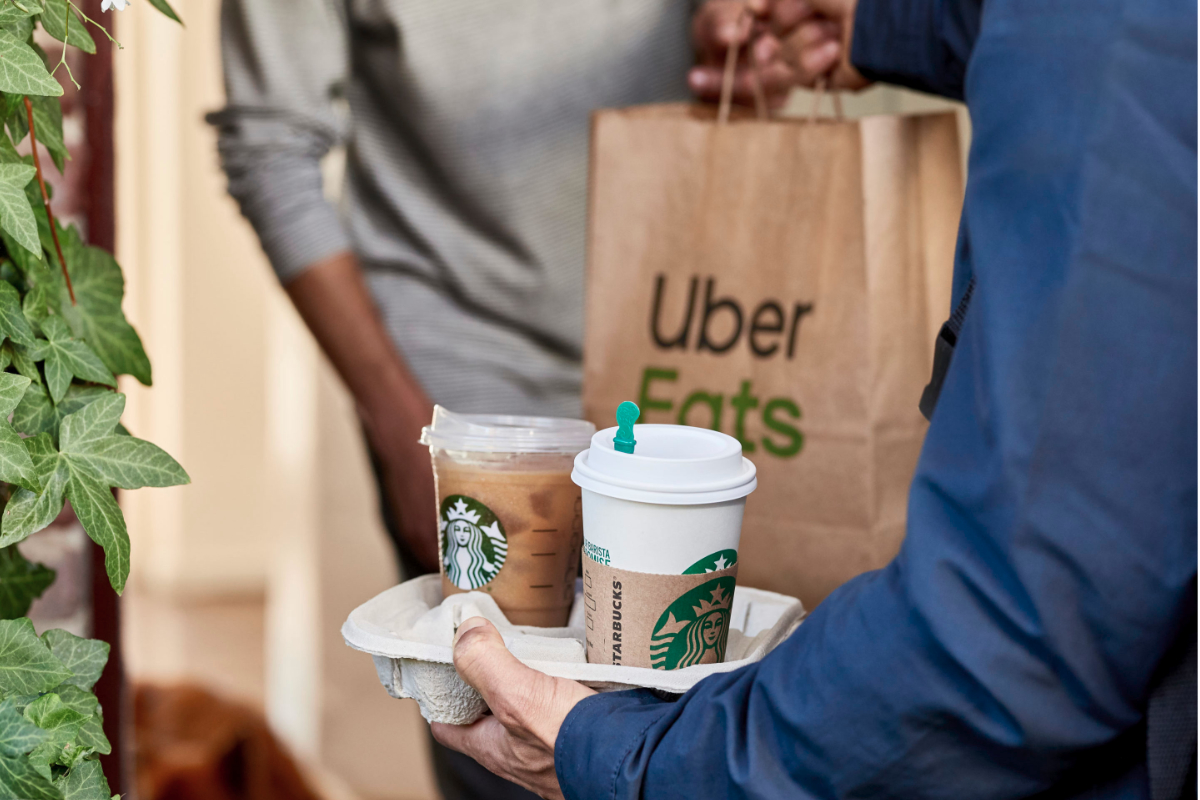 Starbucks on July 23 announced plans to make Starbucks Delivers available throughout the United States in early 2020 through an agreement with Uber Eats as the preferred delivery provider of Starbucks items. The intention to expand follows an 11-market roll-out.

“It is still early days for food and beverage delivery in the U.S., and while we are not yet seeing Starbucks Delivers meaningfully contribute to our U.S. business results, we believe that delivery is an important long-term growth opportunity given customers' increasing demand for convenience,” Mr. Johnson said.

Starbucks executives are encouraged by the incremental growth in delivery in the United States, said Rosalind G. Brewer, group president of Americas.

“We are seeing expanded ticket,” she said. “We’re seeing food attach at a significant level for ticket. We’re seeing quality of the beverage upon delivery. We’ve made some advancements in our packaging, which has helped us tremendously. So we’re encouraged by what we’ve seen so far as we expand and get marketing dollars behind it. We’re encouraged by what we think this could do for us in the long run.”

Delivery initiatives are bringing growth in China as well. Within Starbucks’ China/Asia Pacific segment, operating income of $269.8 million in the third quarter was up 15% from $234.1 million. Revenues increased 9% to $1,336.9 million from $1,229 million.

“Our total store count in China grew by 16% versus prior year to more than 3,900 stores at the end of Q3,” Mr. Johnson said. “Additionally, comp sales were up 6%, including 2% growth in comp transactions. Much like the U.S., China’s comp performance was driven by an enhanced customer experience and beverage innovation.”

“There’s a higher food attach,” he added. “It’s stronger in the morning and lunch daypart.”