We use cookies to provide you with a better experience. By continuing to browse the site you are agreeing to our use of cookies in accordance with our Cookie Policy.
Home » Nestle accelerating pace of innovation

“I think the biggest surprise to everyone, whether you’re new to the industry or whether you’re an old hand, is simply for the last three years the amount of change that has occurred in this industry and in particular the amount of innovation that has been brought to the market by small and mid-sized focused companies,” Mr. Schneider said during a July 26 earnings call to discuss first-half results. “And the challenge was very clear. We had to rise to this level and basically meet that rate of innovation; hence, the changes we’ve done to our research and development organization.

“And also when it comes to launching products faster and learning on the fly and working with versions 2.0, 3.0, to learn as we go as opposed to answering all the questions first and then launching maybe too late, that sort of approach, I think, spreading back in the organization, a business where we responded well, and where, I think, we are much nimbler now and doing well. And this is where the industry is going, continues to go, and hence, you’ll see more efforts in that regard.”

An example may be seen in the company’s partnership with Starbucks Corp., which began less than a year ago.

“We already unveiled a product line with 24 s.k.u.s in mid-February,” he said. “By mid-March, we’re on the store shelves. Now you just saw the launch of the creamers. I’m already telling you that there’s a second wave of markets coming from October and there’s a new wave of s.k.u.s coming from January. So it’s a constant flow of new products coming to the markets, and this will be no different in approach from what any start-up would do. And I think this is where we had to up our game, and we did successfully.”

Plant-based foods represents another big opportunity for Nestle, Mr. Schneider said. The company recently launched the Incredible Burger, made from soy and wheat protein, under the Garden Gourmet label in select European markets. 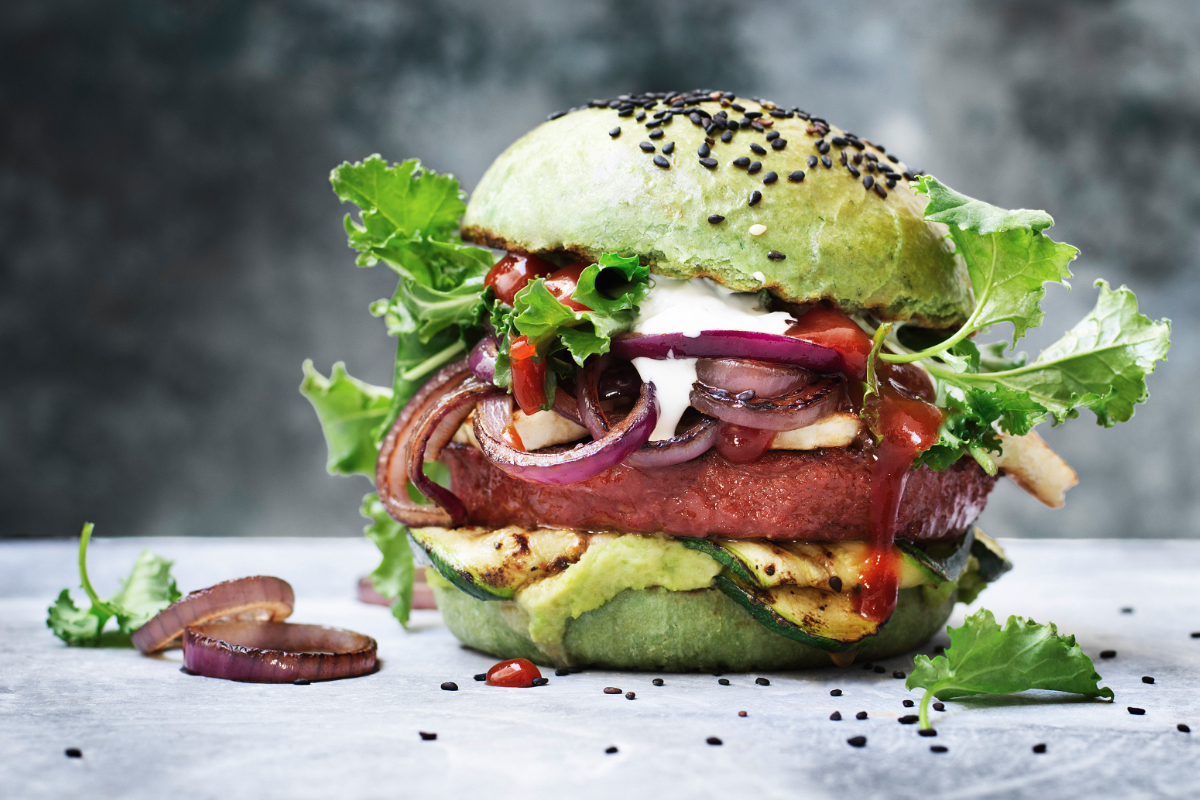 “This plant-based arena is ideal to showcase the speed and the depth of our research and development organization,” he said. “We believe that plant-based products should not only be delicious but that they should also offer a superior nutritional profile. Right for you, right for the planet. This credo summarizes the potential health benefits as well as the lower environmental burden, in particular lower CO2 emissions and water usage.

“I understand that there’s a lot of media buzz in this space right now, and at times, it is hard to put all the details in the proper context. I just wanted you to know that we have the ambition and the perseverance to be a major player in this area. Initial results and growth rates are very encouraging, and we see all the elements of a significant long-term trend in the market.”

Underlying trading operating profit advanced 10% to 7.8 billion Swiss francs ($7.86 billion). Underlying earnings per share increased by 15.7% in constant currency and by 14.6% on a reported basis.

The company’s portfolio management activities are on track, according to management, with the divestment of the Nestle Skin Health business expected to be completed in the second half of 2019 for an agreed price of 10.2 billion Swiss francs ($10.28 billion). The strategic review of the Herta charcuterie business remains ongoing and is expected to be completed in late 2019.

“The largest contributor remains Purina Petcare, which had increased pricing and continued to see strong momentum in e-commerce and in premium brands,” Mr. Schneider said. “Beverages, including Starbucks, Coffeemate creamers and Nescafe, had mid-single-digit growth. Innovation and better execution supported growth in frozen food. There was strong momentum in ice cream and pizza in the second quarter, which was achieved alongside the announced transition to a warehouse distribution model.”

Management confirmed its full-year guidance. Organic sales growth is expected to be around 3.5%, and underlying earnings per share in constant currency and capital efficiency are expected to increase, the company said.