We use cookies to provide you with a better experience. By continuing to browse the site you are agreeing to our use of cookies in accordance with our Cookie Policy.
Home » Allulose in the spotlight as added sugars deadline nears

Allulose in the spotlight as added sugars deadline nears

KANSAS CITY — The Food and Drug Administration’s decision in April to use its discretion in allowing the ingredient allulose to be excluded from the total sugars declaration and added sugars declaration on the new Nutrition Facts Label has placed the rare sugar squarely in the spotlight. Food and beverage product developers are seeking to better understand the ingredient’s functionality and how it may aid formulators in meeting their sugar reduction goals.

Meeting such goals is important given how some consumers view the impact of sugar on their health and well-being. Consumers who participated in the International Food Information Council Foundation’s 2019 Food & Health Survey ranked limiting sugar intake as the No. 1 change they have made in their diet, ahead of eating more fruits and vegetables (No. 2), eating less carbohydrates (No. 3) and eating healthy protein sources (No. 4). When asked to rank the source of calories most likely to cause weight gain, sugar came out on top again, according to the survey.

The two primary actions consumers take to reduce sugar intake include drinking water instead of caloric beverages and eliminating certain foods and beverages from their diet. For the manufacturers of products that may be in danger of being eliminated from a consumer’s diet, offering a reduced sugar variety may make all the difference.

The F.D.A. will begin enforcing the mandatory declaration of added sugars on the Nutrition Facts Label on Jan. 1, 2020. The agency defines added sugars as those that are added during processing and include sugars, sugars from syrups and honey, and sugars from concentrated fruits or vegetables that are in excess of the same volume of 100% fruit or vegetable juice of the same type.

“The latest data suggest that allulose is different from other sugars in that it is not metabolized by the human body in the same way as table sugar,” said Susan Mayne, Ph.D., director of the F.D.A.’s Center for Food Safety and Applied Nutrition, when the F.D.A. announced its decision. “It has fewer calories, produces only negligible increases in blood glucose or insulin levels, and does not promote dental decay. 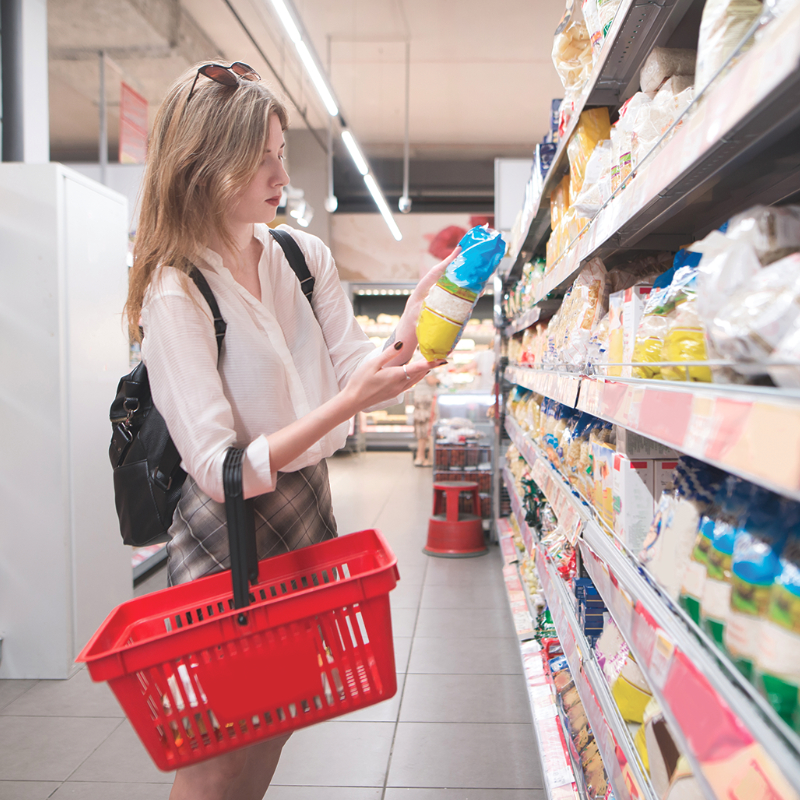 “Allulose will still count toward the caloric value of the food on the label, but the guidance document issued today states our intent to exercise enforcement discretion to allow the use of a revised, lower calorie count. As with other ingredients, allulose must still be declared in the ingredient list. This is the first time the F.D.A. has stated its intent to allow a sugar to not be included as part of the total or added sugars declarations on labels, a reflection of our flexible and science-based approach to food product labeling.”

The F.D.A.’s decision has increased interest in the ingredient, said Abigail Storms, vice-president of sweetener platforms innovation at Tate & Lyle P.L.C., which has a U.S. office in Hoffman Estates, Ill.

“I think this label change has opened up to the world what allulose can do to the label,” she said.

Jim Carr, global ingredient technology director for sweeteners at Tate & Lyle, said he sees allulose as another tool product developers may use for calorie reduction or sugar reduction efforts.

“It (allulose) is very sugar-like,” he said. “It provides the bulking and mouthfeel needed to replace sugar and calories. The other side of the equation is it has a sugar-like behavior. It delivers the sweetness, performance and behavior that has really impressive profiles. Its sweetness intensity is a lot like sucrose. It also does not have the off-flavor issues like other solutions.”

From a performance perspective, Mr. Carr said allulose also acts like sugar when it comes to reducing water activity and browning.

“For consumers, it really is the best of both worlds,” Ms. Storms said. “Allulose delivers on the sweetness and functionality that sugar brings, but it’s that piece that gives the consumer that feeling of indulgence without the calories.”

Didem Icoz, business scientist for Westchester, Ill.-based Ingredion, Inc.’s global sugar reduction R.&D. team, said product developers have to take some issues into consideration when working with allulose in certain applications. For example, in beverages there are some usage level limits.

“In baked goods, allulose offers browning, but here there is a caveat,” she said. “Allulose will brown a little more than sucrose or dextrose would brown. Depending on the sweet baked good application, the browning may be more apparent. It may be more noticeable in a white sugar cookie or a yellow cake. “If your application is darker in color or if you are using a brown sugar, allulose would provide a good replacement to maintain caramelized flavors and colors in the system.”

In confectionery, allulose may be used in candies, gummies and even chocolate, Ms. Icoz said.

“In confectionery, one thing to keep in mind about allulose is it is hygroscopic,” she said. “If not controlled in the application, it will absorb moisture from the environment and may impact texture.”

A decade ago, stevia received GRAS approval from the F.D.A. In the intervening years many advancements have been made as researchers learned more about the ingredient and how it may be used in food and beverage applications. Ms. Icoz said such a scenario may unfold for allulose.

“I will be very honest with you,” she said. “One of the big challenges with allulose is it has some pricing; it’s not the same price as sucrose. When people do sugar reduction, they want something around the price of sucrose. I think early advancements will be in ways to make it cheaper. The market is very new, but as it develops, I think there will be advancements that bring the cost down.”