We use cookies to provide you with a better experience. By continuing to browse the site you are agreeing to our use of cookies in accordance with our Cookie Policy.
Skip To Content
Home » Solving the gluten-free puzzle for pizza and pasta

Solving the gluten-free puzzle for pizza and pasta

KANSAS CITY — Achieving the proper texture in gluten-free products is not as puzzling as it was 10 years ago. A growing number of gluten-free flours, including those from ancient grains and pulses, have joined gums and rice flour as ingredient pieces for successful gluten-free formulating, particularly for pizza and pasta.

HealthFocus International, St. Petersburg, Fla., examined gluten-free consumer perceptions in its 2018 report “Fiber, grains & gluten; Understanding shopper attitudes towards carbohydrates around the world.” Among respondents from 22 countries, 39% said they were extremely/very concerned about gluten, 24% said they avoid gluten always or usually, 12% said they increased their consumption of gluten-free foods in the past two years, and 4% said they personally were affected by gluten intolerance.

The International Food Information Council Foundation’s 2019 Food and Health Survey showed 6% of respondents said they were following a gluten-free diet, which was unchanged from the prior year. The popularity of other diets declined, including 3% in 2019 from 6% in 2018 following the ketogenic or high-fat diet, 3% from 7% following the paleo diet, and 3% from 5% following the Whole30 diet.

“Common sources include white or brown rice flours, potato starch and tapioca starch,” she said. “Nutrient-dense ancient grain- and pulse-based flours such as quinoa, sorghum, amaranth and chickpea are also naturally gluten-free and add interest to the flavor and texture of gluten-free pizza crust. Xanthan gum is commonly added to gluten-free pizza crusts for dough structure.”

“The taste, texture and nutrition of any pizza crust can be enhanced using a blend of ancient grains,” said Donna Reiser, marketing communications manager. 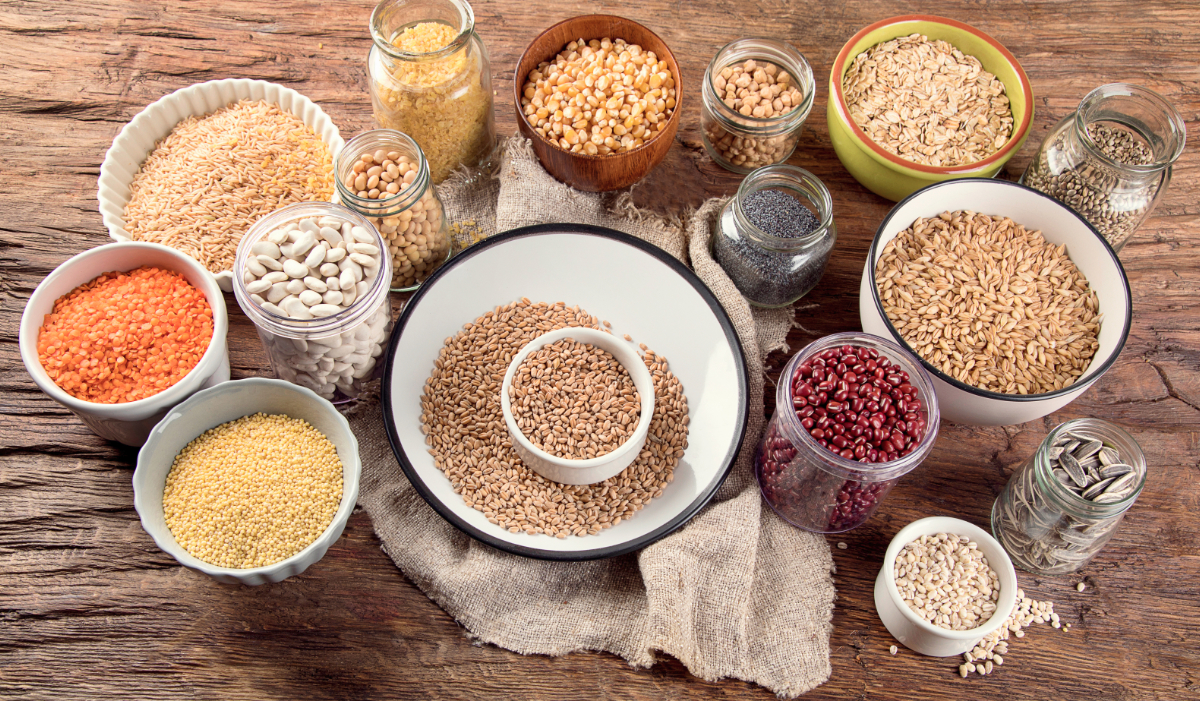 Ancient grains and pulses have improved the nutritional qualities of gluten-free pizza crust and gluten-free items in general over the past few years.

“At the onset of gluten-free baked products, including pizza, it was common to use low-cost rice flour, potato starch, tapioca starch or corn starch in various combinations to make flour,” said Mike Hallman, vice-president of sales for Firebird Artisan Mills, a business of AgSpring, Leawood, Kas. “These starch ingredients often lacked nutritional value replacing wheat flour. Ancient grains and pulses actually provide superior essential vitamins and minerals along with a good source of protein and fiber.”

Other gluten-free efforts focus on a shorter ingredient list.

“Wet milling allows the production of much finer flour particle sizes in rice flour (below 90 micron) without severely damaging the starch granules,” said Andy Estal, director of the Beneo Technology Center and customer technical service in the Americas. “This also allows the starch granules to hydrate more easily and results in better dough handling. The granules’ very fine particle size also improves mouthfeel, texture and crispness of the gluten-free pizza crust. Brown rice flour is used as well to promote the short bite and palatability of the crust.”

“Often, gluten-free formulations struggle to achieve the typical chewy texture of their wheat-based counterparts,” he said. “Adding in hydrocolloids like xanthan, guar or locust bean gums, starches (whether native, pregelatinized or modified) and proteins such as pea protein or soy flour can help improve texture and build structure in order to bring the finished characteristics closer to these desired levels.” 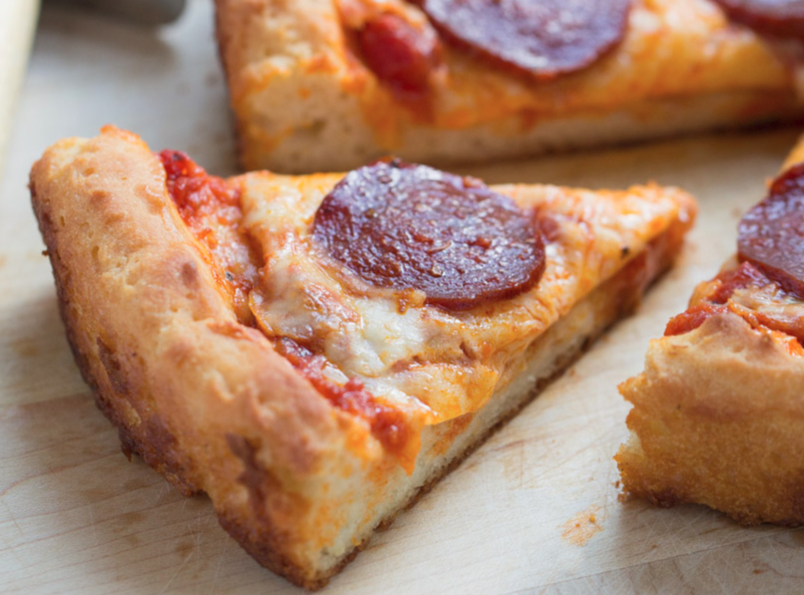 Starch selection is another consideration.

“It’s important to use a starch with a clean flavor profile and mouthfeel, such as tapioca starch,” said Mark Floerke, senior scientist, snacks, bakery and confections, for Archer Daniels Midland Co., Chicago. “The particle size of the starch is also important. Some starches are so large they produce a chalky mouthfeel.

“Modified starches can add much needed functionality to a gluten-free crust if the customer’s labeling allows for this. Other gluten-free ingredients that can improve the dough texture include sorghum flour and bean or lentil flours or powders.”

“Either way, premium cassava flour can be blended with rice flour and potato starch, among others, for a gluten-free crust,” he said. “It can be combined with arrowroot starch and almond flour for a paleo version.”

“Starting with the (pizza) crust, Artesa chickpea flour allows food formulators to replace wheat flours and to maintain or enhance sensory appeal in a wide range of areas, including appearance, texture, mouthfeel and more,” said Steve Fink, vice-president of marketing for PLT Health Solutions. “It is a unique material due to the Nutriati production process. It adds the structure of gluten found in wheat flour for baked goods. It also has elasticity similar to some of the best semolina flours, which is a favorable attribute for pizza dough.”

The manufacturing process for the Artesa chickpea flour removes much of the oil and “beany” flavors and compounds from the ingredient, leading to a clean, neutral flavor and a white color, he said.

Artesa chickpea protein, meanwhile, may be used in plant-based cheese alternatives and plant-based meat substitutes in pizza, he said.

“Artesa chickpea flour also excels in the production of extruded products like pasta and can be used in non-allergenic, vegan, egg-free formulations while maintaining product integrity and mouthfeel,” Mr. Fink said. 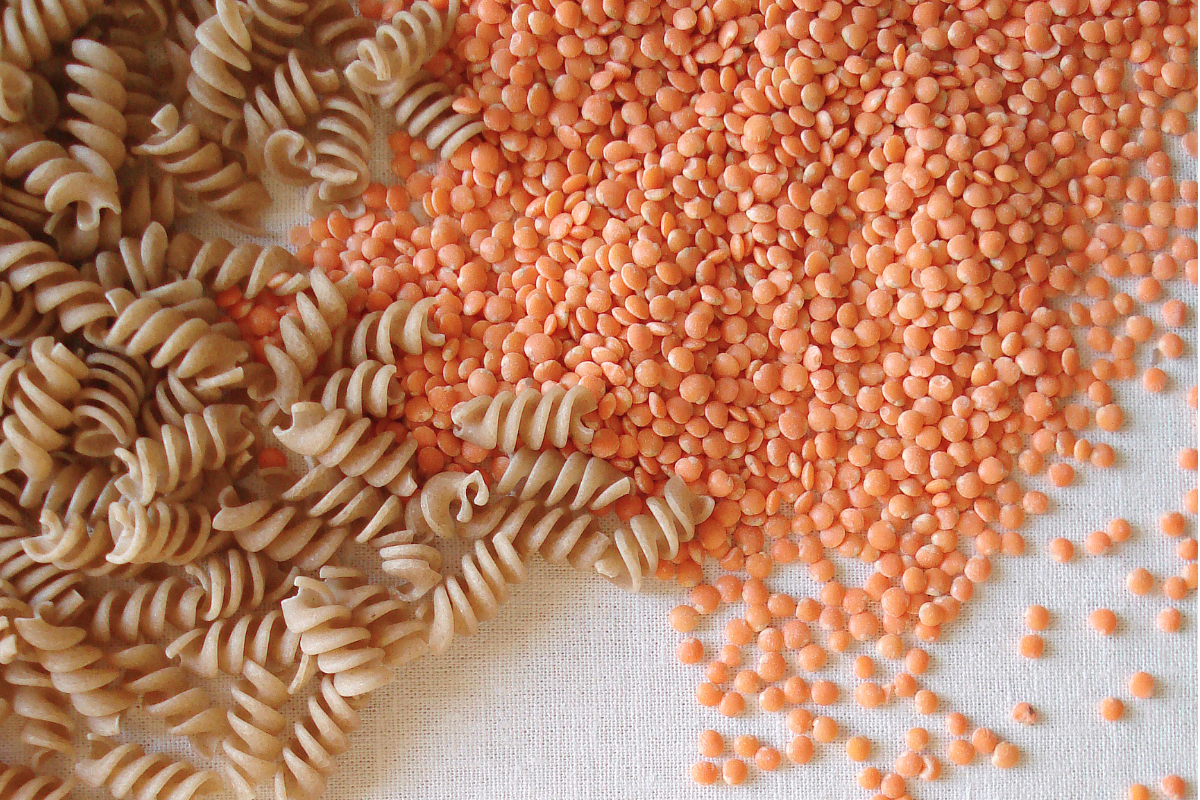 Bean, lentil and chickpea flours work well in combination with gums and other starches to provide a satisfactory texture for gluten-free pasta, Mr. Floerke said.

Pregelatinized rice flours may be added in addition to bean and lentil products, said Hanna Santoro, a senior scientist in baking development and applications for ADM.

“This results in a noodle texture closer to those from Southeast Asia rather than a European pasta,” she said.

“It provides high levels of protein and fiber along with lower carbs,” Ms. Reiser said. “Early versions of chickpea pasta could be pasty in texture or result in a lot of cooking loss. However, products have come a long way and are more comparable to semolina pasta for people who seek a healthier alternative but don’t want to compromise texture in their favorite family recipe.”

Gluten-free pasta based on an ancient grain flour such as quinoa or millet typically requires a gum or pregelatinized starch or flour, which holds the pasta together after extrusion and after cooking, she said. 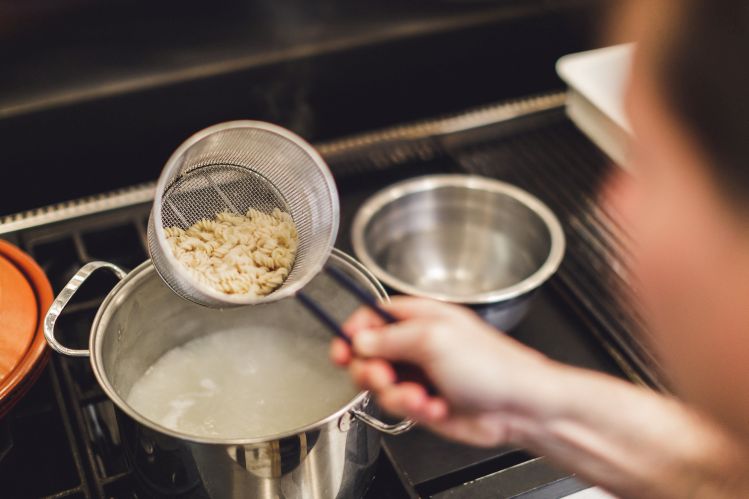 “However, processing the same flour in a different way could eliminate the need for that added ingredient, and perhaps water may be the only ingredient requiring adjustment in the formula,” she said.

Ms. Lewis of Ardent Mills said quinoa, brown rice and corn flours commonly are used alone or in combination to match the taste and texture of white flour pasta, she said.

“Newer gluten-free pulse-based pasta products are gaining traction in the market by capitalizing on the nutritional attributes of these flours,” Ms. Lewis said. “Chickpea, red lentil, green lentil and black bean flours are currently used and contain approximately twice the amount of protein as cereal grains and are a good source of dietary fiber.”

“Typically, pasta sold in a restaurant is dry pasta that has been boiled,” Mr. Estal said. “The Beneo solution works perfectly here, provided the restaurant can keep the dried pasta from being contaminated and cook and serve it without contamination by gluten-containing foods.”

This pasta, by being par-baked or pre-cooked, may work in frozen meals as well.

“An inherent trait of rice starch is freeze-thaw stability, and it lends that trait to products made from it, making the gluten-free pasta created with the Beneo solution freeze-thaw stable, perfectly suited for frozen meals,” he said.

A sizable market for gluten-free pizzas, pastas and other food items should exist for years. About 1% of the U.S. population has celiac disease and must avoid gluten, according to Beyond Celiac, Ambler, Pa., which unites patients and partners to drive diagnosis, advance research and accelerate the discovery of new treatments and a cure. Others have been diagnosed as gluten-intolerant.

“The medical community estimates that around 7% of the population needs to avoid gluten for medical reasons,” Mr. Fink of PLT Health Solutions said. “At the same time, different industry sources suggest that between 20% to 30% of people are trying to cut down or avoid gluten. These people cite a number of health targets they are trying to attain, from reducing inflammation and enhancing mood to better digestion and weight loss, but in essence gluten-free is both a signal and an on-ramp for a new way of eating that encompasses a broad range of interests and is in the midst of disrupting the food market as we know it.”