KANSAS CITY — The gluten-free category, a force in the food industry for more than a decade now, continues to grow, in part because it continues to evolve.

Finding wheat flour alternatives has been the industry’s great challenge, and initial product launches featured rice flour, gums and other hydrocolloids. Now, ingredients like ancient grains and pulses are adding fiber and other health attributes, and gluten-free items are matching up with other diets, including paleo and grain-free.

The global gluten-free food market is expected to post a compound annual growth rate of nearly 12% from 2018-22, according to a market research report released in August 2018 by London-based Technavio.

The 2018 report “Fiber, grains & gluten; understanding shopper attitudes towards carbohydrates around the world” from HealthFocus International, St. Petersburg, Fla., showed the continued interest in gluten-free products. Involving responses from 22 countries, the report found 24% said they avoid gluten always or usually, 12% said they increased use of gluten-free food in the past two years, 25% said they were extremely/very concerned about gluten intolerance, and 4% said they personally were affected by gluten intolerance.

People with celiac disease, an autoimmune disorder, must avoid gluten. An estimated one in 133 Americans has celiac disease, according to Beyond Celiac, Ambler, Pa. Other people are clinically diagnosed as gluten-intolerant, and some people perceive gluten-free foods as healthier although published scientific studies have cast doubts on that perception.

American Key Food Products, Closter, N.J., first expanded in the gluten-free market in 2011 by launching its cassava flour made from the gluten-free root of the cassava plant. The ingredient complements other gluten-free flours and/or starches and is 7% dietary fiber. Eight years later, the company has shipped more than 55 million lbs of cassava flour. 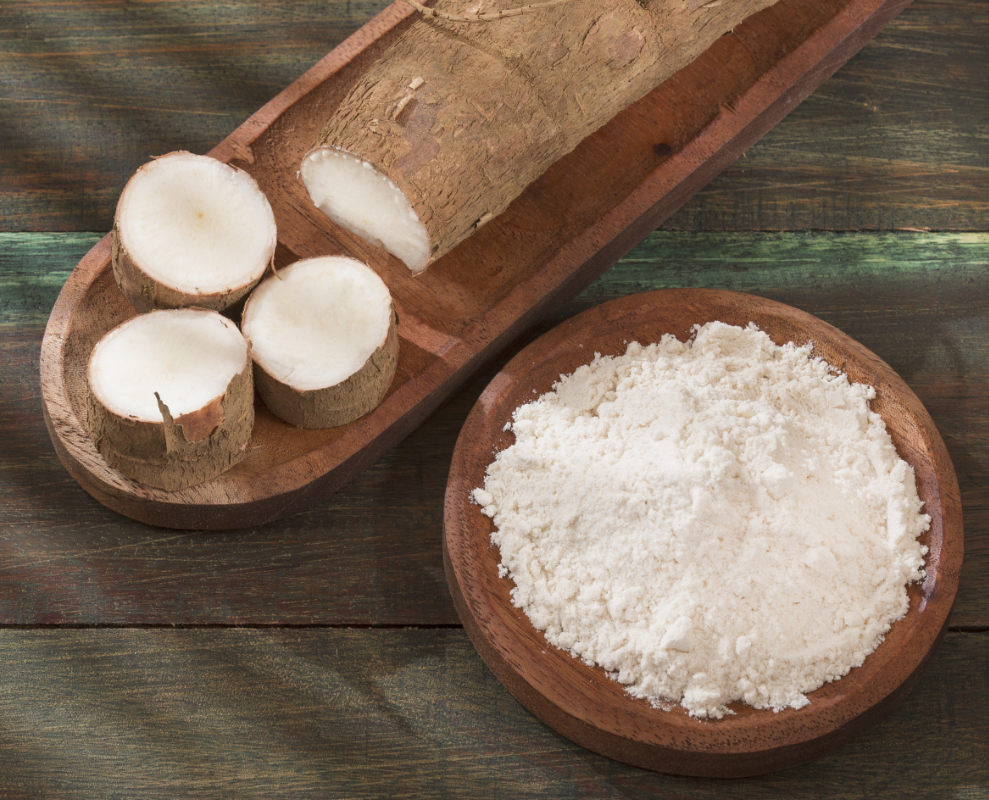 “The company made a wise bet to recognize from the outset that the cassava flours available from different parts of the world needed to be customized to fit the unique requirements of gluten-free baking,” said Carter Foss, technical sales director. “The result was a unique cassava flour that has proven to be quite versatile and can be effectively put to use as a single ingredient or in combination with other gluten-free flours or starches in most baking and snack applications.”

The cassava flour has been shown to work in gravies, coatings or batters for fried foods as well as pasta, tortillas and waffle ice cream cones.

“We initially envisioned the cassava flour to be used for some of the more basic baked products where wheat flour is the default flour,” Mr. Foss said. “We were pleasantly surprised to see our customers expanding the flour’s potential by using it wherever flour or starch was useful.”

“While we did not foresee the emergence of the grain-free/paleo diet, premium cassava flour became a choice ingredient for grain-free paleo products since the diet is even more restrictive with respect to allowable ingredients,” Mr. Foss said.

Other ingredient innovations have bolstered the health attributes of gluten-free products.

Watson, Inc., West Haven, Conn., a business of Glanbia, P.L.C., offers VitaBoost10, a vitamin-mineral premix that contains 10 essential vitamins and minerals that dietitians recommend as part of a regular diet for those with celiac disease and other digestive disorders. The 10 vitamins and minerals are calcium, folate, iron, niacin, pyridoxine, riboflavin, thiamin, vitamin B12, vitamin D and zinc. 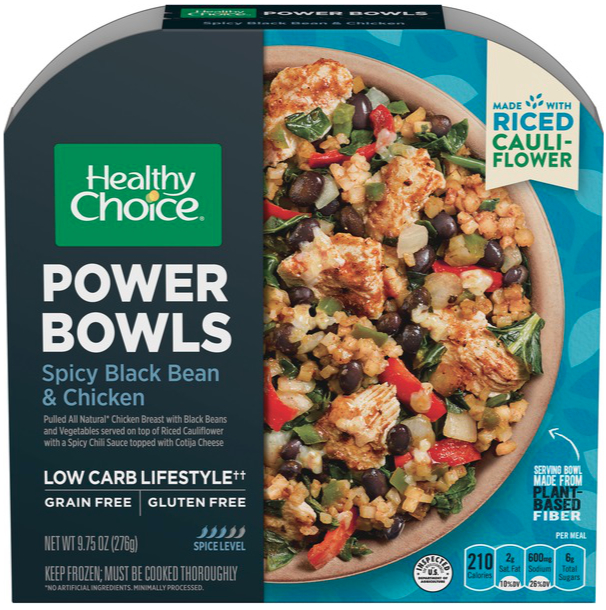 “Any crust that will be frozen prior to bake will require some different considerations for end texture that a fresh-made dough may not need,” said Hanna Santoro, senior scientist, baking development and applications for ADM. “Freezing can cause the dough to become tough. This can be mitigated by choosing starches and gums that work with and not against the proteins and flours to help form a cohesive dough structure, specifically in regard to water retention.”

“Rice has become so mainstream that people don’t realize it’s been around for thousands of years,” he said.

Recent genetic evidence shows all forms of Asian rice, both indica and japonica, come from a single domestication event that occurred between 8,200 to 13,500 years ago in the Pearl river valley region of China, he said.

The Boston-based Whole Grains Council recognizes that no official definition for ancient grains exists but generally defines ancient grains as grains that largely are unchanged over the last several hundred years. Modern wheat, which constantly is bred and changed, does not qualify, according to the council. Heirloom varieties of other common grains, including black barley, red rice, black rice and blue corn, might be considered ancient grains, as might less common grains like buckwheat or wild rice.

The gluten-free evolution, which is adding health and texture to products, may go on for years.

“Salty and sweet snacks, tortillas, pizza crusts, pasta and baked goods all have substantial upside for new product lines with ancient grains,” said Bradford Warner, vice-president, marketing sustainability and customer engagement for Firebird Artisan Mills. “If ‘Gen one’ of gluten-free was just to get gluten out, then ‘Gen two’ should be about improving taste, nutrition and sustainable sourcing through ancient grains, seeds, pulses and root vegetables.” 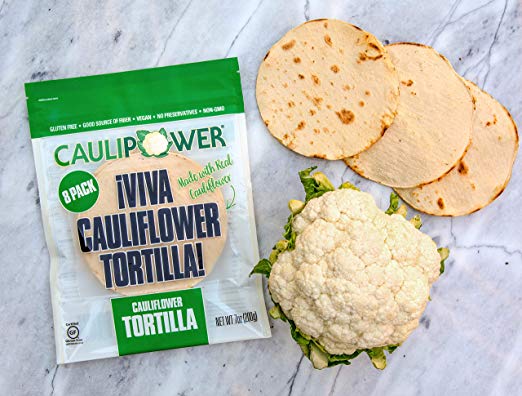 Several new products, including gluten-free items, have prominently featured cauliflower this year. Tortillas from Caulipower is one example.

In gluten-free formulations, cauliflower often may be combined with other gluten-free ingredients like quinoa flour or xanthan gum.

“In our experience the addition of bean or quinoa flour helps to create a texture that is closer to a traditional pizza crust than a typical cauliflower-only crust,” she said.

Mark Floerke, senior scientist for snacks, bakery and confections for ADM, said, “The cauliflower itself is bulk carbohydrates and in many respects handles like a starch with very low water-binding capabilities.”

Ketogenic and low-carbohydrate diets initially drove the popularity of cauliflower pizza crusts and pasta, but demand for the products has increased among a variety of consumers over recent years, said Kathy Lewis, senior R.&D. scientist for Ardent Mills, Denver.

“The most simple gluten-free low-carb crusts consist of cauliflower, cheese and egg whites for binding,” she said. “However, heartier cauliflower crusts can be achieved with the addition of gluten-free flours such as white or brown rice, sorghum and even quinoa flour. While Ardent Mills has had customer inquiries about the functionality of our ingredients in cauliflower pizza crusts, it’s not an active business category for Ardent Mills at this time.”

“Just as premium cassava flour helps in the use of non-traditional ingredients (e.g., quinoa) in extruded products, this flour has combined well with cauliflower in new-generation snacks,” he said.