We use cookies to provide you with a better experience. By continuing to browse the site you are agreeing to our use of cookies in accordance with our Cookie Policy.
Home » What consumers get right (and wrong) about functional ingredients

What consumers get right (and wrong) about functional ingredients

CHICAGO — Consumer demand for functional ingredients is driven as much by misinformation as it is cold hard facts, according to a new study from InsightsNow.

The research firm examined attitudes toward functional ingredients among clean label enthusiasts, a consumer segment characterized by strong beliefs about and aversions to additives and artificial ingredients.

About 30% of U.S. primary shoppers fit this description, according to the report.

“These are consumers that read ingredient lists,” said Dave Lundahl, chief executive officer at InsightsNow. “They are very concerned about what goes into products, so they’re an ideal group to look at from a consumer segment perspective when looking at functional benefits.”

Clean label enthusiasts are willing to pay a premium for better-for-you products, but they’re also more diligent about getting their money’s worth.

“They are looking for claim substantiation,” Mr. Lundahl said. “They want to know they’re getting the real deal. This is a group that is ahead of the curve, so they’re going to tell which way people are moving.” 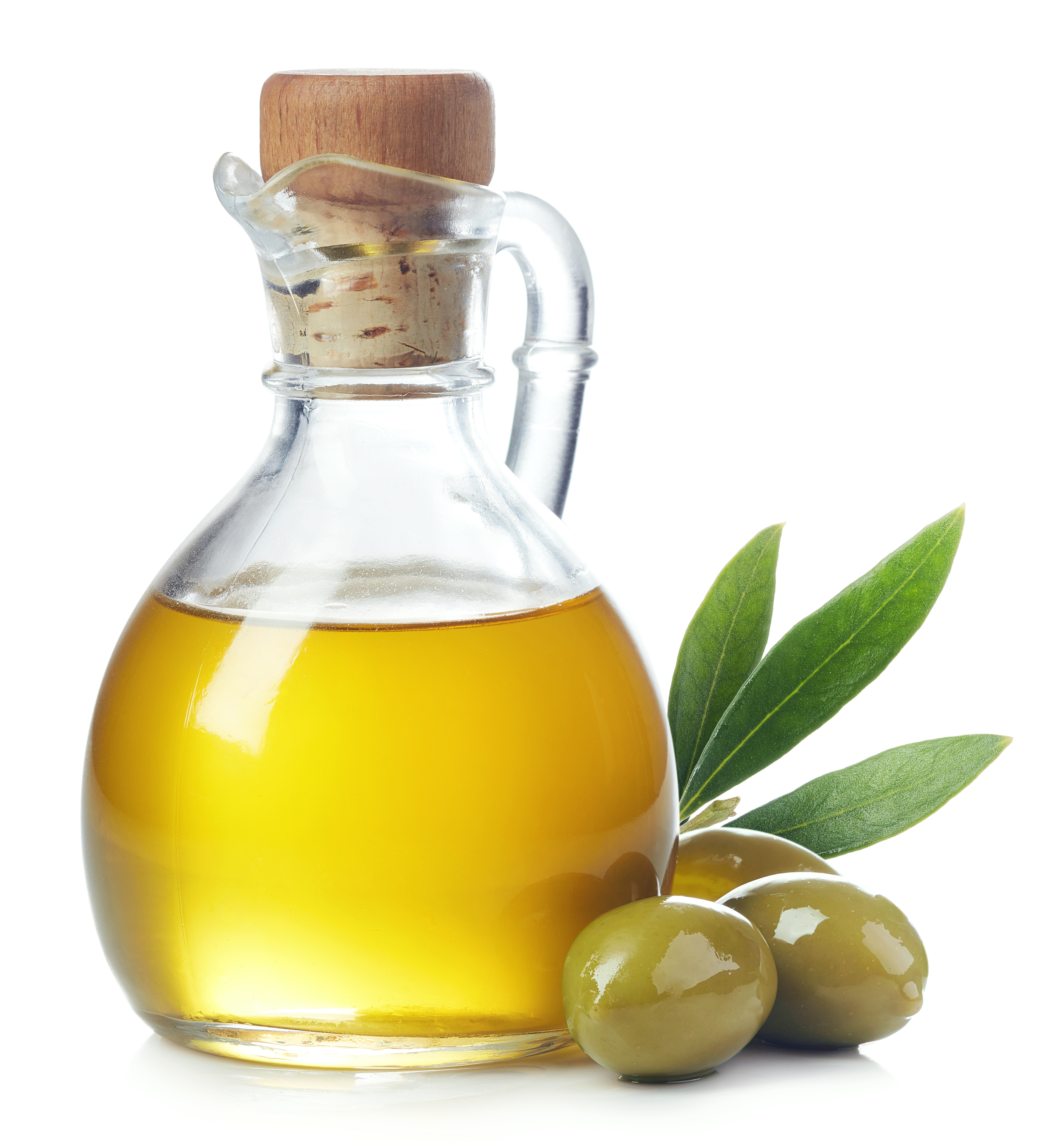 When it comes to the heart, there’s some confusion surrounding oil. Olive oil was the top ingredient associated with heart health, though there is no scientific evidence linking the two. The same goes for coconut oil.

One reason why so many people associate olive oil with heart health may have to do with the popular Mediterranean diet, said Alan Kadish, M.D., chief executive officer at AAK Inc. There’s been a handful of studies showing the diet improves overall health.

“The real finding was that because they used olive oil, they increased their vegetable and fruit intake,” Dr. Kadish said. “That really was the active ingredient. Not the olive oil, but the vegetables. Many people also don’t appreciate that coconut oil is 90% saturated fat, another no-no for cardiovascular health.”

Most clean label enthusiasts were well informed about the heart-helping properties associated with salmon, broccoli, red wine, berries, beets and several other fruits and vegetables, according to the report.

“The others that they did associate have a really appropriate intervention because of their acid, because of their magnesium level, because they also supply adequate amounts of, for example with salmon, vitamin D,” Mr. Kadish said.

More than half of clean label enthusiasts recognized that salmon and nuts have positive benefits for bone and joint health. They also know which fruits and vegetables provide the most benefits, singling out broccoli, kale, collard greens, sweet potatoes, carrots, apples, parsley, figs and prunes for their 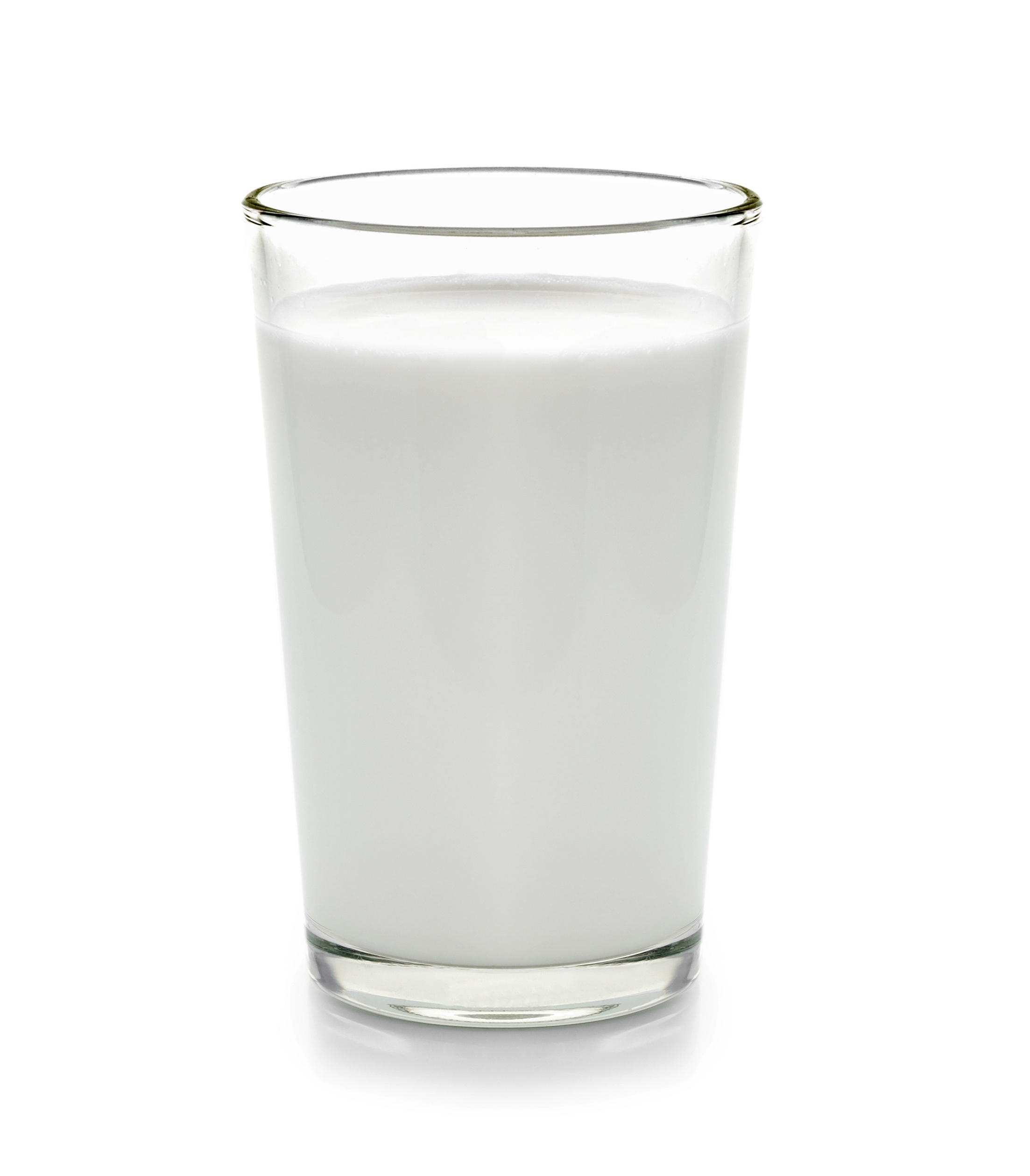 There’s a question mark when it comes to milk. The majority of respondents said milk promotes bone and joint health. Dr. Kadish, however, said that might not be the case.

“I know everyone is going to be saying, ‘I’ve heard it a million times, milk builds bones because it has calcium,’” he said. “But its other constituents don’t necessarily make it a positive. In fact, women who consume three glasses or more of milk actually end up with a higher fracture rate than those who don’t drink milk at all.”

Milk tends to provide more functional benefits for children than adults, but consumers often overlook the fact that bone and joint health is about more than a single product.

“It’s actually your whole diet that is going to make the difference,” he said. “If you’re emphasizing milk products exclusively, that may not be in your best interest. On the other side of the coin, when we start looking at the broccoli and the greens in general, the magnesium in those products helps with calcium absorption.”

If there’s one thing clean label enthusiasts know, it’s what to eat to improve their digestive health. The study found consumer perceptions are spot on when it comes to functional foods like yogurt, oats, ginger, flaxseed, spinach, chickpeas, bok choy, tofu and miso.

“There’s two pieces to digestive health,” Dr. Kadish said. “Prebiotics help the gut bacteria and ultimately make things happen. Then you have probiotics, which actually put the bacteria back in. When it comes to yogurt, they’ve got it. As far as the other ingredients, they really understand what you need to eat for your gut bacteria to functional properly.”

There’s a lot that clean label enthusiasts get wrong when it comes to energy-boosting ingredients. One of the big issues has to do with oil. In particular, there’s confusion surrounding omega sixes.

“Folks don’t appreciate that when you have different types of oils, whether it’s salad dressing or whether it’s a supplement, it depends on what you’re putting in and in which form,” Dr. Kadish said. “Many people assume that omega-3s are the answer. In many ways they are. They’re also saying that about omega-6s. This is not going help your energy. In fact, if anything it could be a very big negative.” 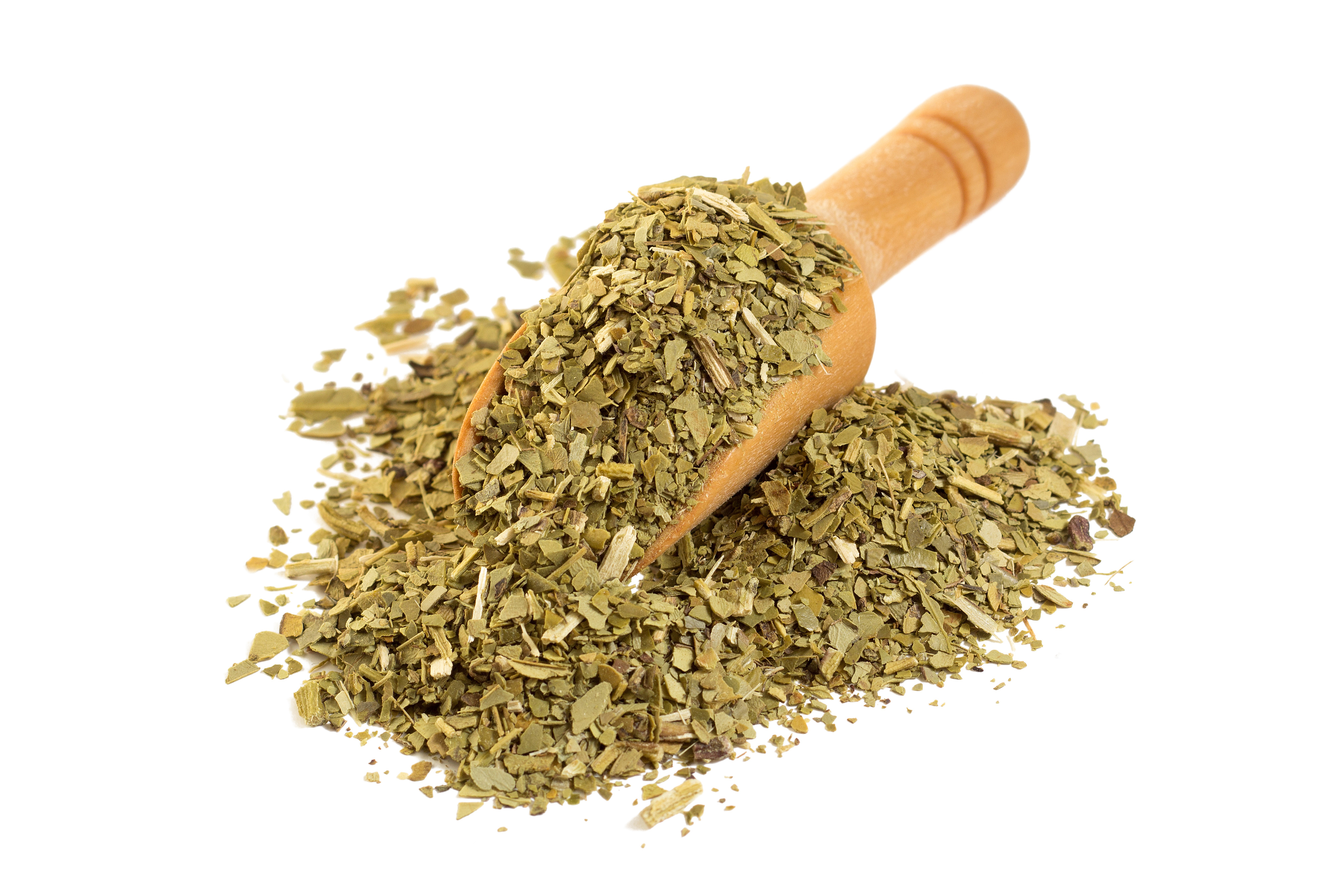 Other ingredients that were thought to increase energy despite a lack of scientific evidence include rice protein, beef, turkey and pasta.

Another misconception involves eleutherococus senticosus, which used to be known as Siberian ginseng. Most respondents didn’t know that it’s been proven to boost energy.

“What happened was years ago, they said ‘It’s not the same. You can’t just call it a ginseng, that’s inappropriate terminology,’” Dr. Kadish said. “It really lost market share it, it dropped right off. It’s a great product, but it’s just not in the wavelength of most people’s observation”

Many clean label enthusiasts didn’t know about the functional benefits associated with yerba mate, either.

“It’s a much better choice in terms of its caffeine content,” Dr. Kadish said. “It has some other components that are really powerfully appropriate.”

“There is a great opportunity for the ingredients industry to look at marketing the value of yerba mate as something that gives you energy with less caffeine than coffee, but has other constituents that mellow out the response,” Mr. Lundahl added.

Among those food which do carry energy-boosting benefits, respondents knew the most about green tea, nuts, ginseng and dark chocolate, according to the report. 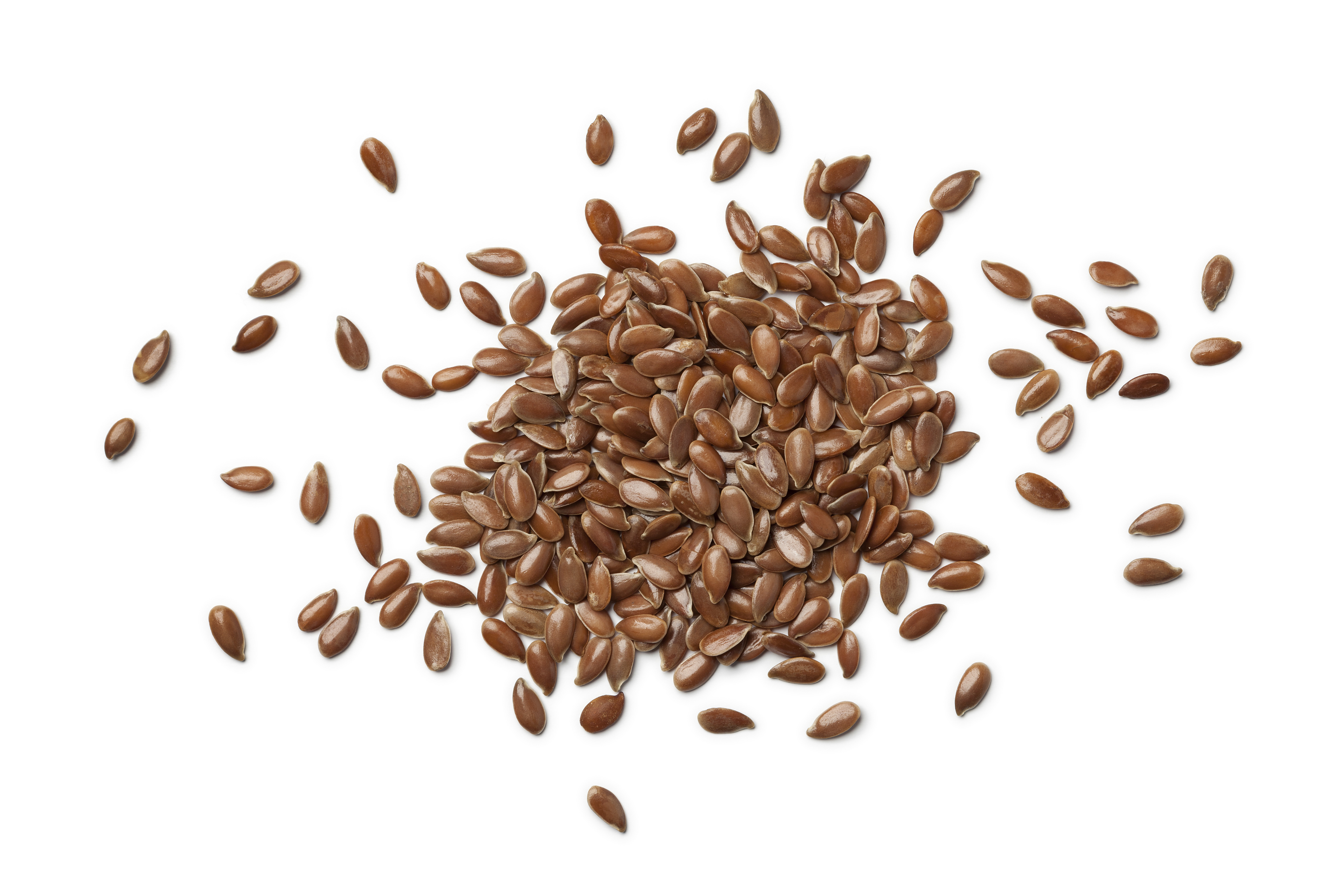 “Omega-6 does not have anti-inflammatory properties,” Dr. Kadish said. “The problem, and there’s some really great data on this, is that the typical American diet is so weighted in sixes that it overshadows the threes. Until you get a ratio that makes sense, you’re going to be pushing inflammation. Consumers in general just don’t understand the difference with omega-6.”

In general, clean label enthusiasts know about anti-inflammatory products, and they have a good grasp on omega-3s. The benefits of flaxseed and fish oil, for example, are well known. Respondents also knew about the benefits associated with ginger, garlic, green tea, spinach, avocado, chili pepper, cloves, rosemary extract, cocoa, mushroom and saffron. 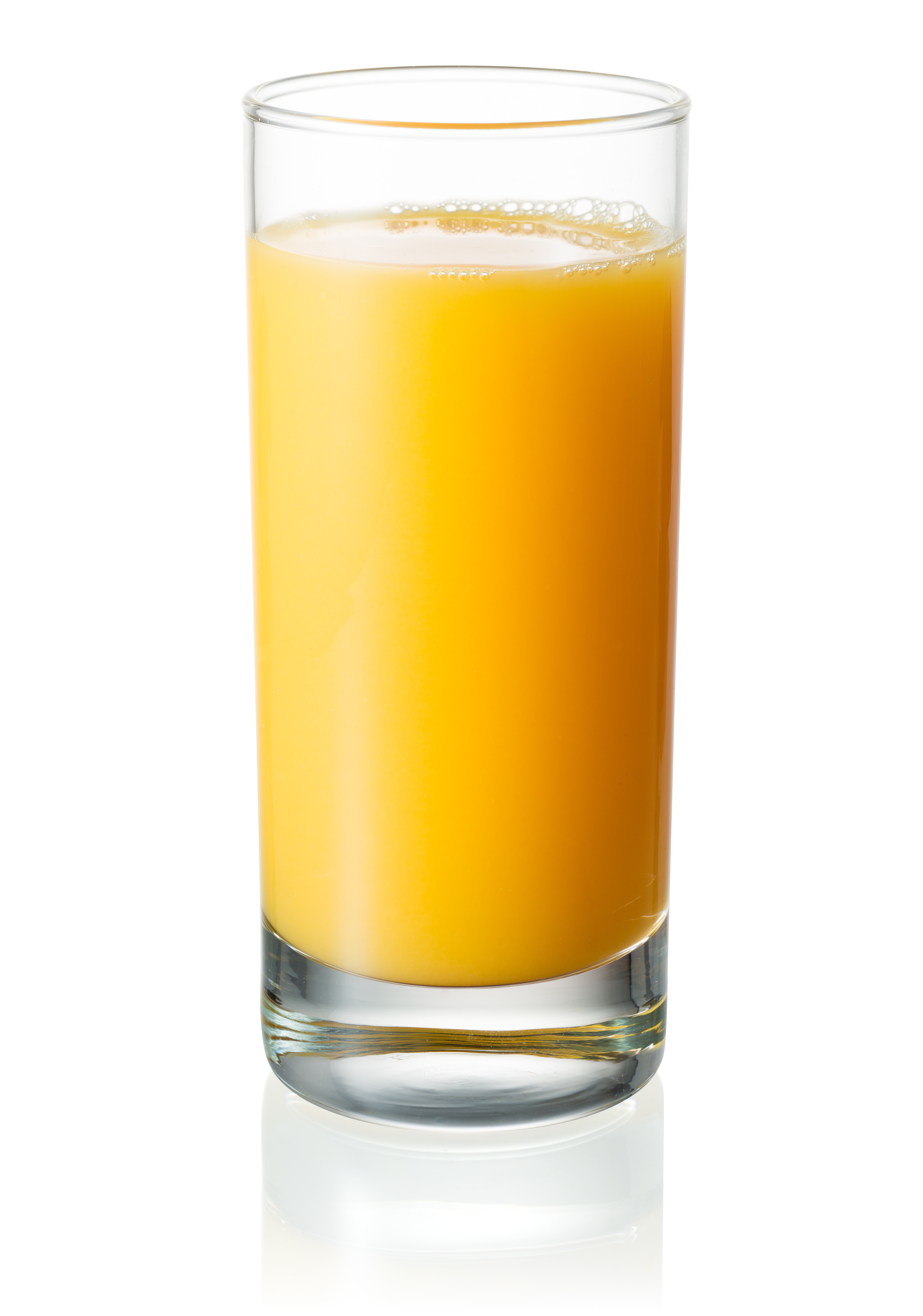 “If you think about what most people would want to support their immune system, it would take 500 to 1,000 mg in a pill form multiple times a day,” Dr. Kadish said. “Giving 137 mg is meaningless.”

“There’s two really important components in claims,” Mr. Lundahl said. “No. 1 is claim substantiation. You have to have your science and your facts correct, otherwise you’ll run into regulatory issues about making claims. Equally important is the idea of claims perception. How does it relate to the ingredients on the back, as more and more consumers, especially clean label enthusiasts, know about those relationships?”

When it comes to educating consumers about functional foods, he suggested striking a balance between the familiar and the unfamiliar.

“If you want to be successful in taking a new product to market, you have to have a basis of something that people know,” he said. “Something that’s familiar, but with a twist. Therein lies the opportunity. Provide ingredients on the labels and on your claims that can be substantiated, that people know, but then add something that is new and different. We’ve done research time and time again that shows that that kind of combination tends to be very successful.”