Picking a protein for premium performance

KANSAS CITY — Pursuit of distinctive qualities in a sports nutrition product, be it a beverage or a bar, could go in several directions, each one hitting on trends.

Plant protein is one route to take while watermelon is becoming more popular as an ingredient source, as evidenced by a recent addition to the Gatorade portfolio. To the extent video games are designated a sport, then incorporating ingredients designed to improve mental focus into sports nutrition products could appeal to “gamers.”

Protein long has held a place in sports nutrition products. When asked the top five benefits linked to a high-protein diet, 53% of respondents in a 2018 global report from HealthFocus International, St. Petersburg, Fla., listed physical energy, and another 46% said muscle/health tone. Those were the top two answers in the report called “Global opportunities in protein; New consumer requirements for success” that involved 22 countries.

“While tried-and-true soy and whey proteins remain as relevant as ever, there is also interest in products that contain other plant-based proteins, like pea protein, which is label-friendly, has a mild flavor profile and offers functional benefits, too,” said Melissa Machen, senior technical services specialist — plant protein for Cargill, Minneapolis.

Pea protein is high in lysine, has a comparable amount of leucine to some animal proteins, with egg and cod proteins being examples, and is abundant in arginine, said Jing Zhou, Ph.D., business scientist, global plant-based proteins, R.&D., for Ingredion, Inc., Westchester, Ill.

Globulin is the most abundant class of proteins in peas, followed by albumins, Dr. Zhou said. The two protein types contribute to the major functionalities of pea proteins.

Ms. Machen said pea protein is more soluble than most botanical proteins, making it easier to keep in suspension.

“It is especially well-suited for both neutral and low-pH beverage applications,” she said. “Neutral pH beverages typically have a pH of 7, far above pea protein’s isoelectric point, which ranges from 4.5 to 5.”

The further a beverage’s pH is from a protein’s isoelectric point, the easier it is to keep the protein in suspension. Low-pH applications like smoothie-style beverages with fruit may bring technical difficulties. In such acidic applications, pH levels are much closer to the isoelectric point of pea protein, causing the protein to precipitate out of solution.

“To protect the proteins and keep them in suspension, we often turn to hydrocolloids like pectin,” Ms. Machen said. “We offer pectins specifically designed to surround protein molecules, preventing them from breaking down and keeping them in solution. Gellan gum or carrageenan can also help maintain mouthfeel and prevent protein sedimentation throughout the product’s shelf life.”

Another form of plant protein, this one sourced from water lentils, should become available soon. Parabel USA, Inc., Vero Beach, Fla., plans to begin producing the ingredient commercially later this year. Since the ingredient has a complete amino acid profile and high digestibility, it has potential in sports nutrition products, according to Parabel, which has 96 patents for its technology in growing and processing water lentils. The neutral-colored protein ingredient is 65% to 70% hydrolyzed protein.

Protein sourced from chickens has a place in the sports nutrition product category as well, offering non-allergenic benefits. International Dehydrated Foods, Springfield, Mo., a business of Symrise AG, offers ChikPro chicken protein isolate powder that is free of gluten, dairy and soy, making it applicable for people following specialty diets such as ketogenic and paleo. ChikPro has a potassium:sodium ratio of 2:1, is rich in electrolytes and offers 13 grams of glutamine, an essential amino acid, per 100 grams. 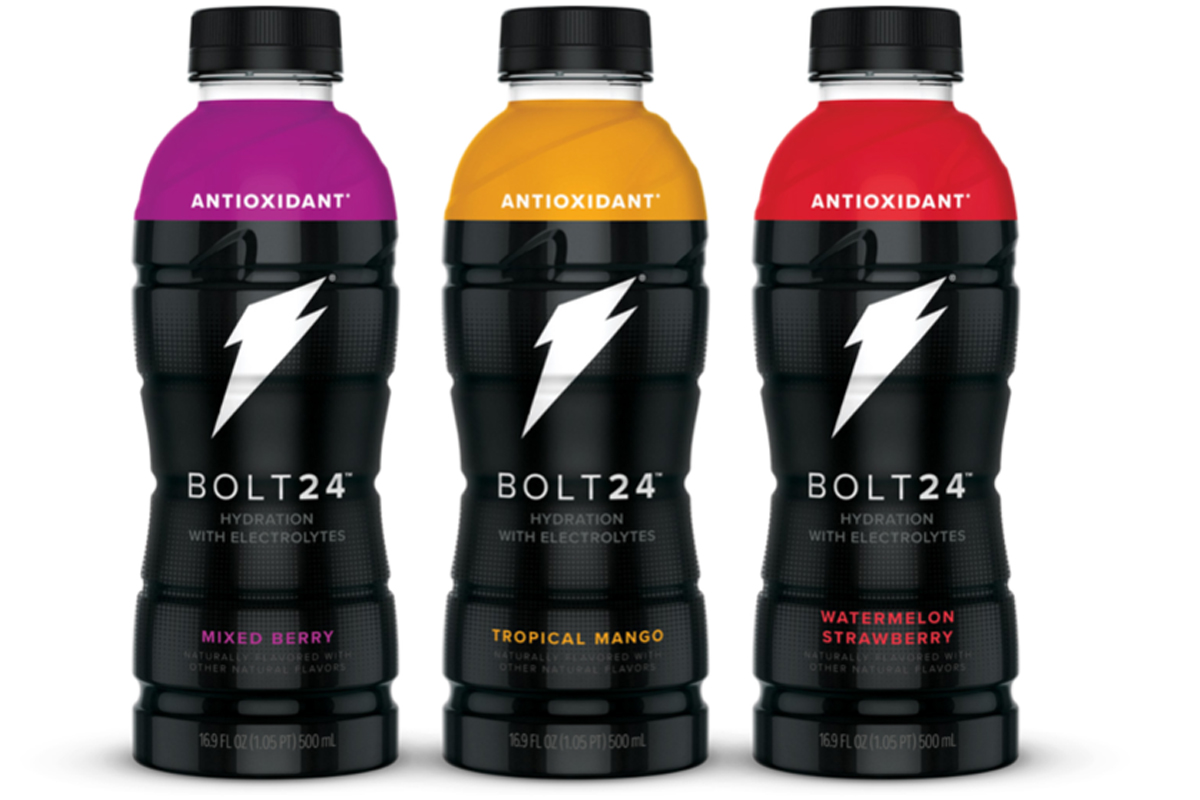 Turning from protein to electrolytes, PepsiCo, Inc., Purchase, N.Y., this year launched Bolt24 under its Gatorade brand. The drink is designed to provide electrolytes in the form of watermelon and sea salt to athletes when they are off the field. PepsiCo’s Bolt24 should compete against BodyArmor, a sports drink that the Coca-Cola Co., Atlanta, purchased last year. BodyArmor is promoted for its potassium content, which is used as an electrolyte in place of sodium.

Frey Farms, Keenes, Ill., has offered Tsamma brand watermelon juice since 2014. Watermelon has a glucose:fructose ratio of 1:1, which provides for optimal effects during exercise, according to Frey Farms. Fructose is considered functional for athletes. It is absorbed and then goes to the liver, where it is converted to substances used as fuel: glucose, lactase, glycogen or fat.

Tsamma watermelon juice also contains 410 mg of potassium per serving, which enhances hydration because it pulls water into cells, according to the company. It also has been shown to lower blood pressure, direct carbohydrates to muscle and regulate pH in the body. The lycopene in watermelon, meanwhile, has been shown to fight inflammation and oxidative stress following intense exercise, according to the company.

Muscle tone and hydration may not be as important for “gamers,” but their increasing numbers could be an opportunity for the food and beverage industry. ESPN has aired video game competitions. Newzoo, a global provider of games and esports analytics, forecast 2.3 billion gamers across the globe would spend $137.9 billion on games in 2018, a 14% increase from 2017.

A presentation Oct. 17 at SupplySide West in Las Vegas will focus on gamers. Representatives of Kemin, Des Moines, Iowa, will detail how the company’s FloraGlo lutein provides eye and brain performance benefits. Justin Warden, founder and chief executive officer of Ader, a marketing agency, will provide insight on marketing to gamers.

Lumina Intelligence has analyzed “nootropics” that boost cognitive performance in aspects such as mental focus, clarity, memory, motivation, concentration, creativity, processing efficiency and reaction time. The substances include caffeine, omega-3 fatty acids and choline. Lumina Intelligence makes the case for choline in sports nutrition products, including those geared toward gamers. Choline is required for the synthesis of acetylcholine, a neurotransmitter that regulates mood, memory, muscle control and a range of brain and nervous system functions. 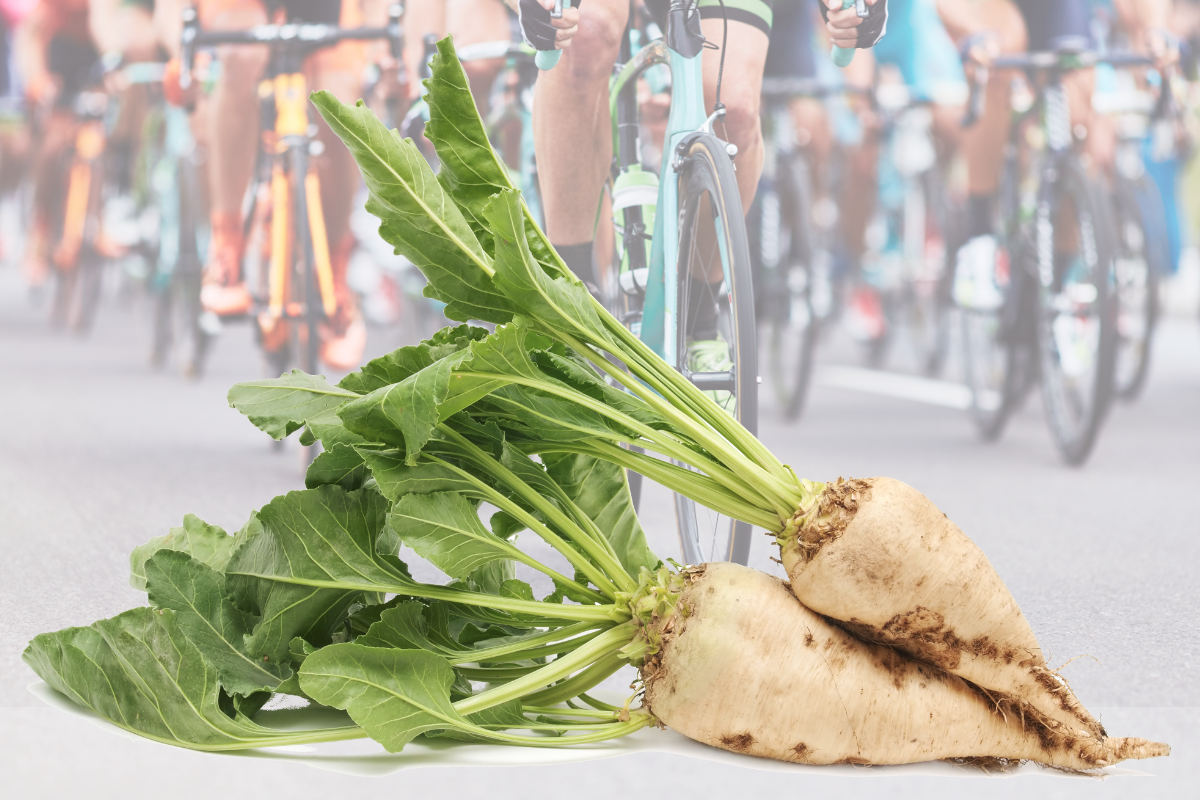 Endurance athletes need ingredients that will go the distance in supplying the fuel they require. For such athletes, be they cyclists or long-distance runners, Beneo, Inc., Parsippany, N.J., offers Palatinose, a branded isomaltulose ingredient.

“Many sports products that are designed to supply energy contain high-glycemic carbohydrates like maltodextrin, glucose syrup and sucrose, which release glucose into the bloodstream at a fast rate,” said Kyle Krause, product manager, functional fiber and carbohydrates, North America. “While this is fine for those in need of instant energy, it isn’t ideal for those looking for endurance in their training and performance. For these activities, low-glycemic carbohydrates that supply energy in a steadier way is preferable, as energy is not just sustained but fat burning also is promoted, in turn supporting fuel management in sports.”

In endurance sports, muscles are exercised at sub-maximal intensity for long periods of time, he said. Cross-country skiing, running and cycling are included in the category along with swimming. A study from the Department of Sport and Sport Sciences of the University of Freiburg in Germany showed endurance athletes who consumed Palatinose maintained a more stable blood glucose profile and higher fat oxidation, which resulted in improved cycling performance compared with maltodextrin.

“In contrast to sucrose, the linkage of the glucose and fructose molecules is much stronger, which means the human body digests Palatinose more slowly,” he said. “As a result, the full carbohydrate energy (glucose) is provided in a more steady and sustained way.”

Palatinose may be used in powder and ready-to-drink sports beverages as well as supplements like chews, bars, energy drinks, juice-based drinks or dairy drinks.