We use cookies to provide you with a better experience. By continuing to browse the site you are agreeing to our use of cookies in accordance with our Cookie Policy.
Home » A ‘bold’ new venture for Stacy’s Pita Chip founder

“There are no added powders or thickeners to keep them together,” Ms. Madison told Food Business News. “There’s no chalky taste you get from protein powders. None of that is in this bar.”

U.S. retail sales of snack bars and granola bars rose 2.9% last year to reach $6.24 billion, according to Information Resources, Inc. An emerging segment of the market, refrigerated bars are gaining traction among health-minded younger consumers, who perceive such products as fresh and free of additives or preservatives.

“He spends a lot of time in the juice bar as a customer eating everything, and he sees the movement of the bars, so he came on board,” Ms. Madison said. “He said, ‘I think we can do this… Let’s do it right and not go the whole route of bootstrapping. Let’s set up a company. Let’s finance it. Let’s get people on board.’

“Our first phone call we made was to Maryn.”

Maryn Robinson previously worked at Stacy’s Pita Chip Co., Quaker Oats Co. and Frito-Lay and has years of food industry experience in manufacturing, research and development and quality. When Ms. Madison and Mr. Lowe approached her, she was leading small batch bourbon commercialization at Jim Beam.

“We called her and said, ‘Maryn, do you want to be the c.o.o. of our new company?’” Ms. Madison said. “She had already been eating the bars. We ship them to her in Chicago, and her kids love them. She said, ‘Let me get back to you.’ And a couple of days later, she called back and said, ‘I’m in.’

“When Maryn accepted the job — and she was leaving a real job at a big company and coming to work for us, even though other than my juice bar, we hadn’t sold one bar — it gave me chills. We were like, ‘Now, that’s bold.’”

Eight months later, BeBOLD bars began rolling out to retail shelves in dozens of Midwest grocery stores. The products also are available online at beboldbars.com. Additionally, the company has inked a deal with an ice cream distributor that serves more than 9,000 food service and retail locations in the Northeast.

“Our go-to-market strategy is to start with all the people who are gung-ho about the bars and share the same passion and excitement as we do, and we’re not going to accounts where it’s a lot of work,” Ms. Madison said. “We kind of did that the first time around, like, ‘You have to be in Whole Foods … in order to have your brand known.’ This time, we’re going to places where they share that passion and excitement and they want to be a part of this.” 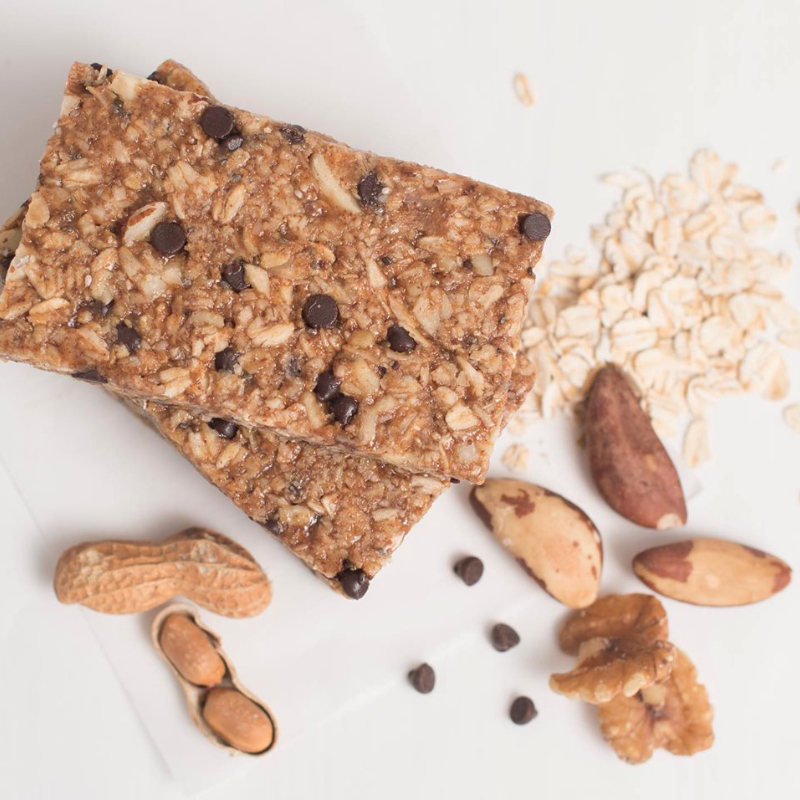 Ms. Madison founded Stacy’s Pita Chip Co. with then-boyfriend Mark Andrus in 1997. The pair had sold pita sandwiches at a street cart in the busy Boston financial district and began baking leftover bread into chips seasoned with Parmesan or cinnamon and sugar. They eventually closed the street cart to focus on the pita chip business. By 2005, Stacy’s Pita Chips was approaching $60 million in annual sales.

“When we first launched the pita chip company, we were maxing out credit cards and would beg, steal and borrow money from everybody we knew,” Ms. Madison said. “With this, my brother and I decided we would properly finance the company. We’re going to staff the company. That’s very different for us, but in a lot of ways, we’re able to move a heck of a lot faster.

“Having the experience in the industry, having contacts in the industry, that has certainly helped … but it’s also the consumer. The consumer knows. They buy the pita chips, and they know that they’ve trusted that brand, not just the 9 or 10 years I had it, but the subsequent 10 years that the brand has been out there. That hasn’t changed. I think a lot of that trust rolls over into what we’re doing now.

“I mean, it says ‘founder of Stacy’s Pita Chips’ on everything, and I wouldn’t put my name on something else that didn’t have that same integrity behind it.”

Ms. Madison remains involved with Stacy’s Pita Chip Co. as a brand ambassador and mentor in Stacy’s Rise Project, a program dedicated to supporting female entrepreneurs. She has stepped away from the day-to-day operations at the juice bar to focus on building and scaling BeBOLD.

“Long term, I want to build this just like I did with the pita chip company because I loved doing that, and I love doing this,” she said. “I love bringing great product to market.”