We use cookies to provide you with a better experience. By continuing to browse the site you are agreeing to our use of cookies in accordance with our Cookie Policy.
Skip To Content
Home » Honest Cold Brew Coffee unveiled at Expo East

BALTIMORE — Honest Tea is expanding into the coffee category with the launch of Honest Cold Brew Coffee. Featuring organic and Fair Trade certified coffee and cane sugar, the bottled beverages are available in three varieties: unsweetened, Cubano and mocha. The lightly sweetened varieties contain 50% less sugar than the leading sweetened ready-to-drink coffee, according to the company.

The products join a growing portfolio that includes bottled and brewed teas, organic juice drinks and lemonade. The brand’s offerings are available in more than 150,000 retail and food service locations in the United States and in more than 40 European countries, according to the company.

“Coffee is a natural extension for us,” Seth Goldman, founder and former chief executive officer of Honest Tea, said in an interview with Food Business News at Expo East. “Our guardrails are so hardwired… For us, we wouldn’t do it if we couldn’t make it Fair Trade.”

Atlanta-based Coca-Cola has been seeking a greater share of the coffee market. The company produces Dunkin’ branded R.-T.-D. coffee beverages and recently tested a R.-T.-D. coffee product under the Coke brand in several Asian markets. The U.S. cold-brew coffee segment has grown 600% since 2015, according to the company.

Honest R.-T.-D. coffee products already are available in European markets, including the United Kingdom, Spain and Norway. Honest Cold Brew Coffee will roll out in the United States in early 2020.

“We have people in other parts of the Coca-Cola organization working on things,” Mr. Goldman said. “Our new chilled teas were originally developed by our partners … with the Minute Maid division in Sugarland, Texas. They developed those with our guidance.”

Honest Tea was founded in 1998 and sold to the Coca-Cola Co. in 2011. Coca-Cola manufactures and markets Gold Peak, a conventional brand of chilled R.-T.-D. tea. The introduction of organic varieties under the Honest Tea brand expands Coca-Cola’s chilled tea offerings into natural retailers. 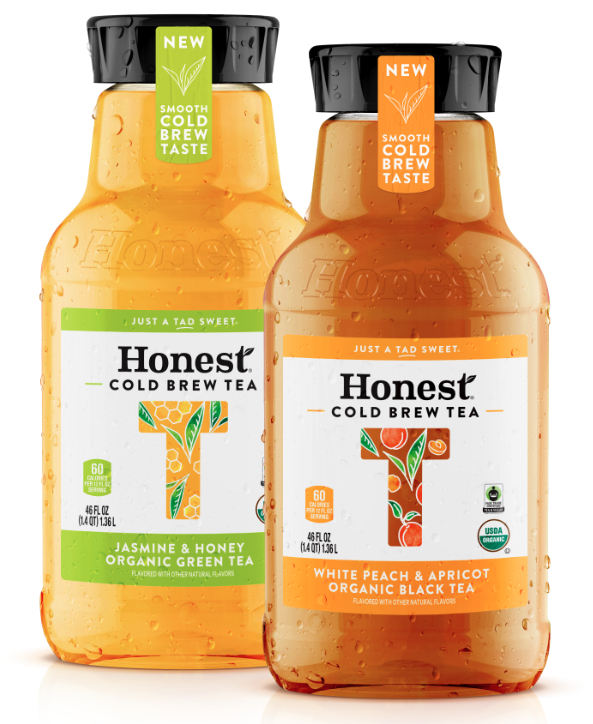 “Gold Peak sells a lot in chilled tea, but obviously as the Coca-Cola Co., we aren’t selling any chilled tea in the natural channel, and we should,” Mr. Goldman said. “In the cooler, where we’re going to start, it’s all multi-serve; there’s no single-serve. This is essentially in the dairy set.”

Mr. Goldman hinted at future beverage innovation that may extend the Honest brand into the sparkling segment. The brand previously offered Honest Fizz, a zero-calorie soda, which has since been discontinued.

“(Coca-Cola has) done some really neat innovations with the Honest brand around the world,” he said. “I was with a European team that’s got some really fun innovations — I’ll just call them sparkling innovations —that are organic, less sweet, and totally fit the brand. And I said, ‘We’ve got to bring these to the U.S.’

“So that’s what’s really fun … yes, we have our team in Bethesda innovating; we also have a team in Sugarland, we have a team in Atlanta, and we also have teams around the world, in Europe and Australia. As we launch in those markets we get to see the products… These business units will reach out to us and say, ‘Hey, what about this concept?’”